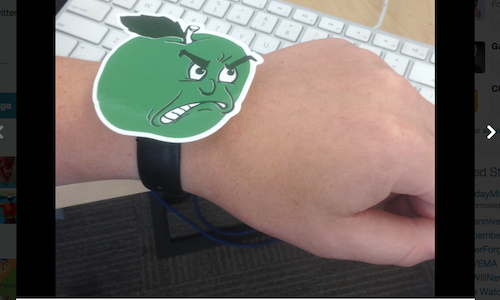 This past year Dairy Queen decided to do something it had never done before - promote not one, but two Blizzard of the Month flavors. The flavors were a pair of fall classics: the popular Pumpkin Pie Blizzard and the classic, yet new to DQ Apple Pie Blizzard.

Our communications challenge was to get fans to try both flavors. We needed to effectively pair up the Apple and Pumpkin Pie Blizzard and break through the noise of "fall flavor cliches", especially given the pumpkin spice mania that hits every September. We pit these flavors against each other and turned a promotion into a competition. Not Apple & Pumpkin, but Apple vs. Pumpkin. So, we created a rivalry between two American towns famous for these flavors. We went to places where these flavors means the most - Wenatchee, Washington, the Apple Capital of the World, and Caro, Michigan, Pumpkin Town USA.

We couldn't fabricate a rivalry between these two towns. We had to create something real and true so that fans in these towns and would take up the cause. And we needed fans across the country to relate to these towns and pick a side. So, we took inspiration from MLB World Series bets between mayors. In our case, we had the mayor of Wenatchee bet the mayor of Caro "free Blizzards for the town" if Apple lost in a popular vote.

We let the Dairy Queen community vote online to decide the winning flavor and town.

The DQ Blizzard Battle was a digital-only campaign. While the Apple Pie and Pumpkin Pie Blizzard flavors were promoted with a national TV commercial, we relied exclusively on social media channels for this campaign (Faceboook, Twitter, and Instagram) and used a microsite hub for the official vote (DQBlizzardBattle.com). Every piece of content encouraged fans to "try both, pick a side, and crown a town" to fuel the goal of selling not one, but two, fall Blizzards.

The campaign launched with a trailer video that introduced America to the completely biased fans of Wenatchee and Caro. They backed up their mayor with unquestionable energy and allegiance to their town's flavor. These fans were extremely relatable, and anyone viewing this content could envision someone from his or her town saying these exact same words.

DQBlizzardBattle.com let fans get to know the towns, vote for their favorite, and share pre-populated tweets or posts to pledge allegiance and encourage their social communities to do the same, using #VOTEAPPLE OR #VOTEPUMPKIN.

For the entire month, we didn't just sell the flavors. We sold the characters of Wenatchee and Caro to rally votes from across the country. We did this with short-form rally videos (:05-:30), with the mayors, festival leaders, pumpkin and apple farmers, local businessmen, law enforcement officials, young beauty queens, DQ employees, karate classes, even local team mascots. When one flavor was down, we had our characters give pep talks to the nation.

2.Influencer kits with Apple or Pumpkin-themed gear distributed to bloggers

But we didn't just celebrate the fans from our two towns. We celebrated our online fans across the country that got involved. We turned their social media comments into campaign posters, which we promoted with tweets and posts to our millions of DQ fans.

We turned voting data into a national voting map, letting fans know if their state was trending apple or pumpkin. We reacted to the vote in real-time and created fresh content daily.

When the dust settled, Caro and pumpkin won the vote 54% to 46% - not a wide margin, but enough to become DQ Blizzard Battle Champions.

The campaign resulted in driving sales (up 6.6% YOY), engaging with our community (700,000 votes and 3.4 million video views) and gaining the brand 6 million earned media impressions. 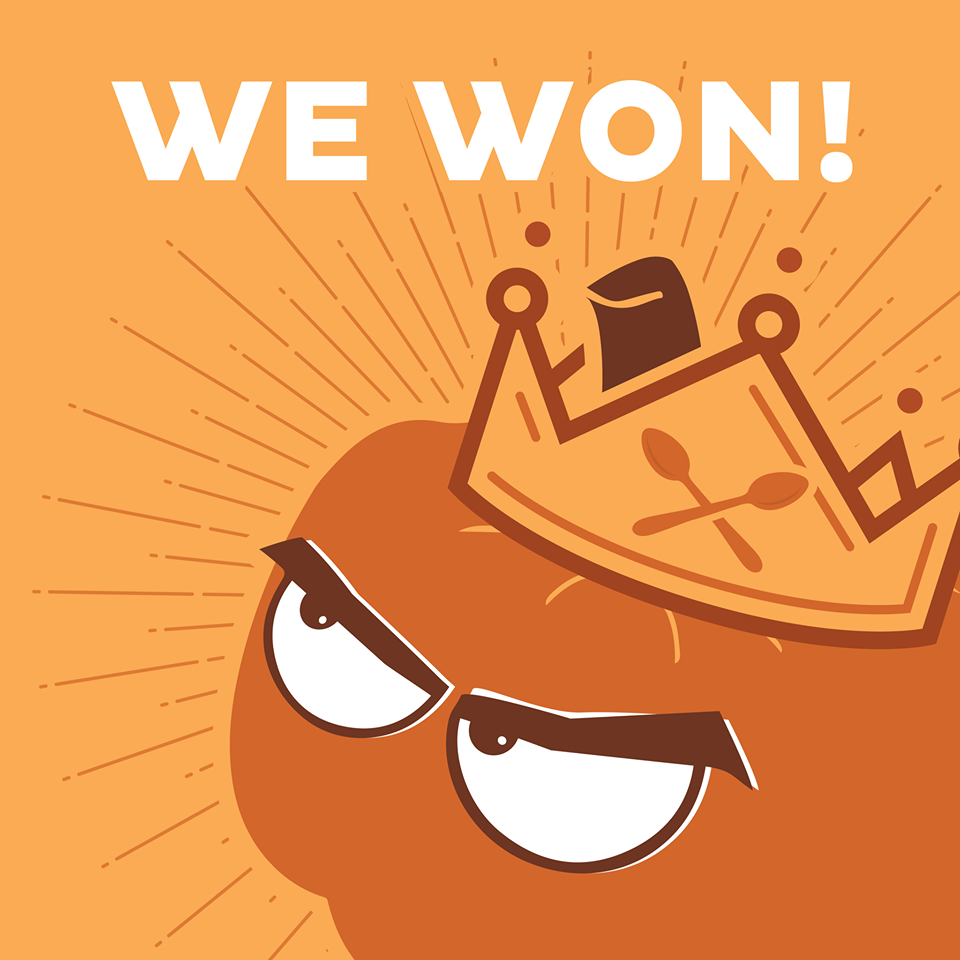 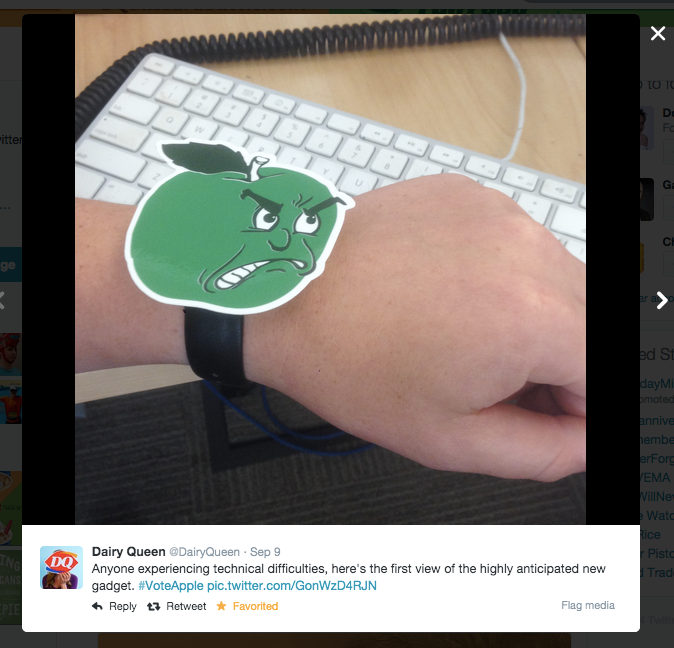 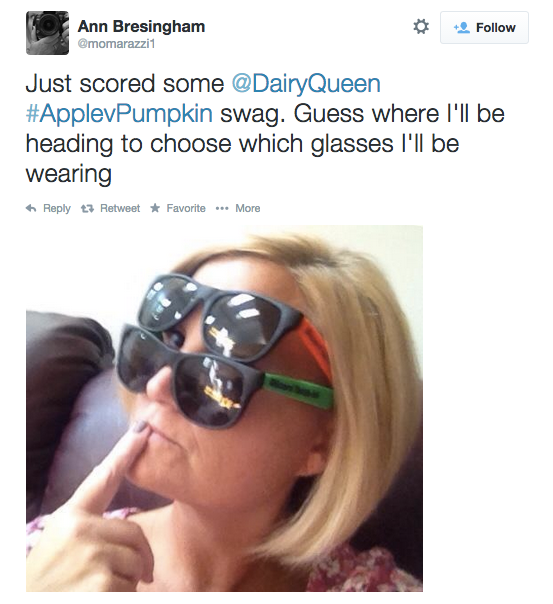 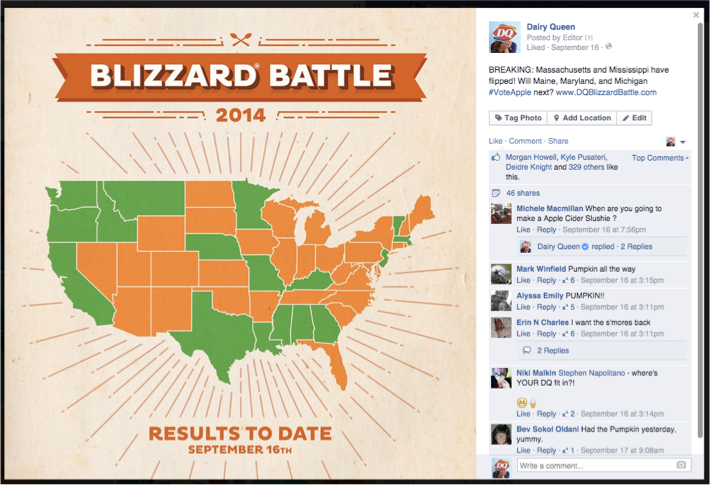 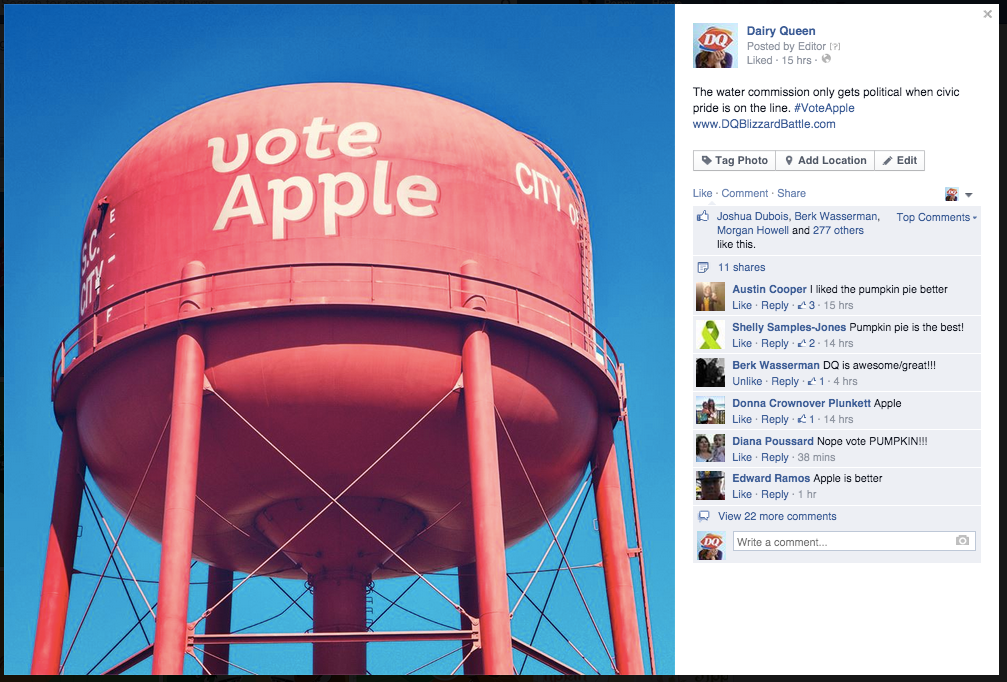 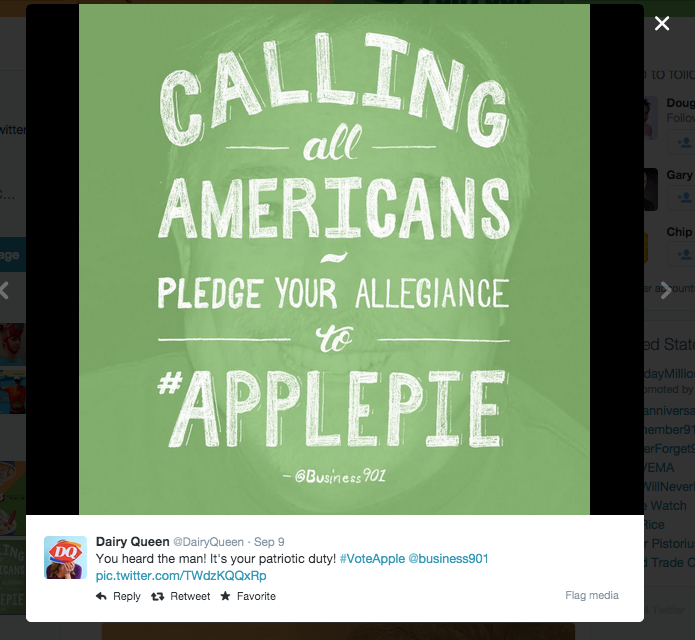 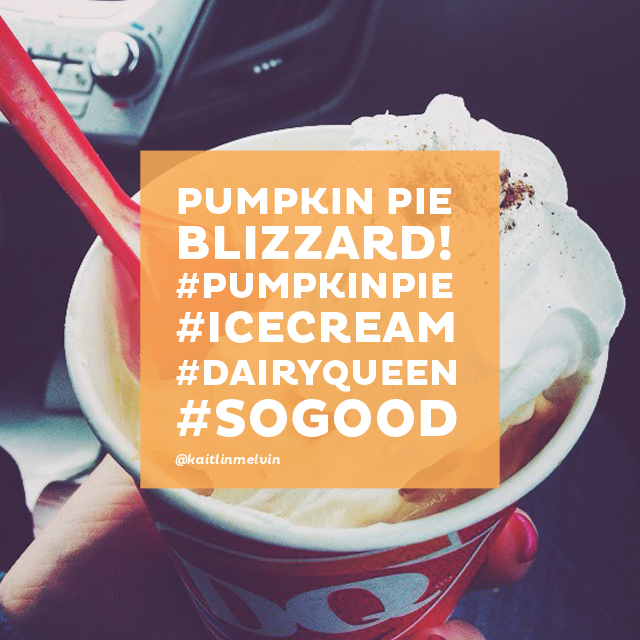 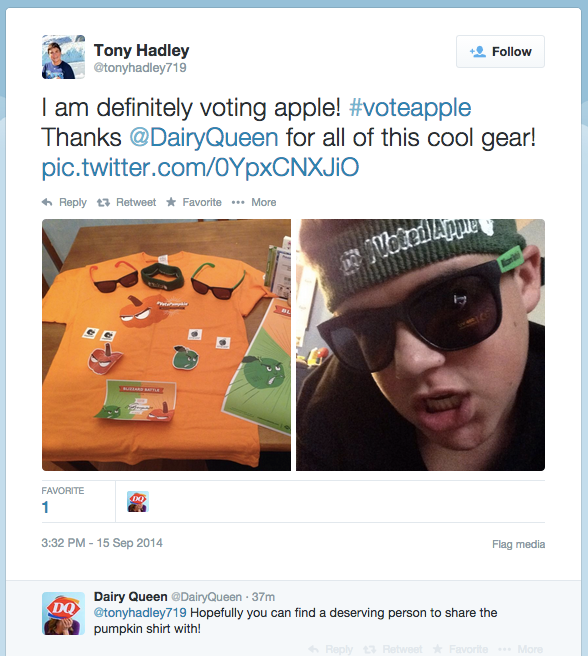 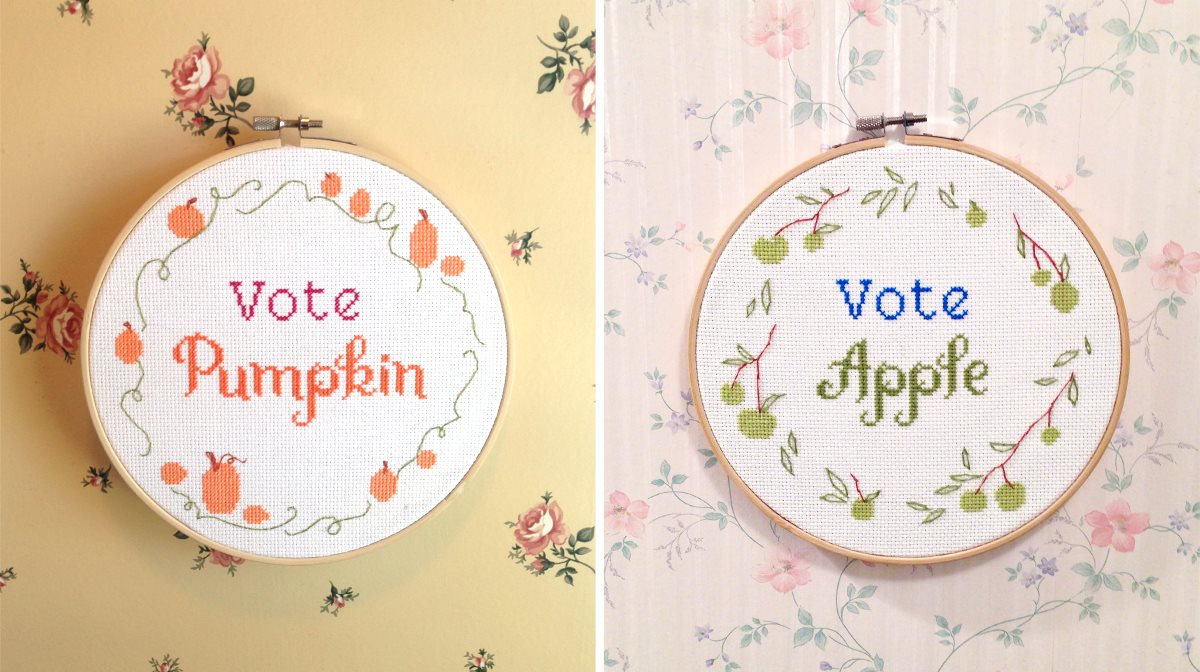 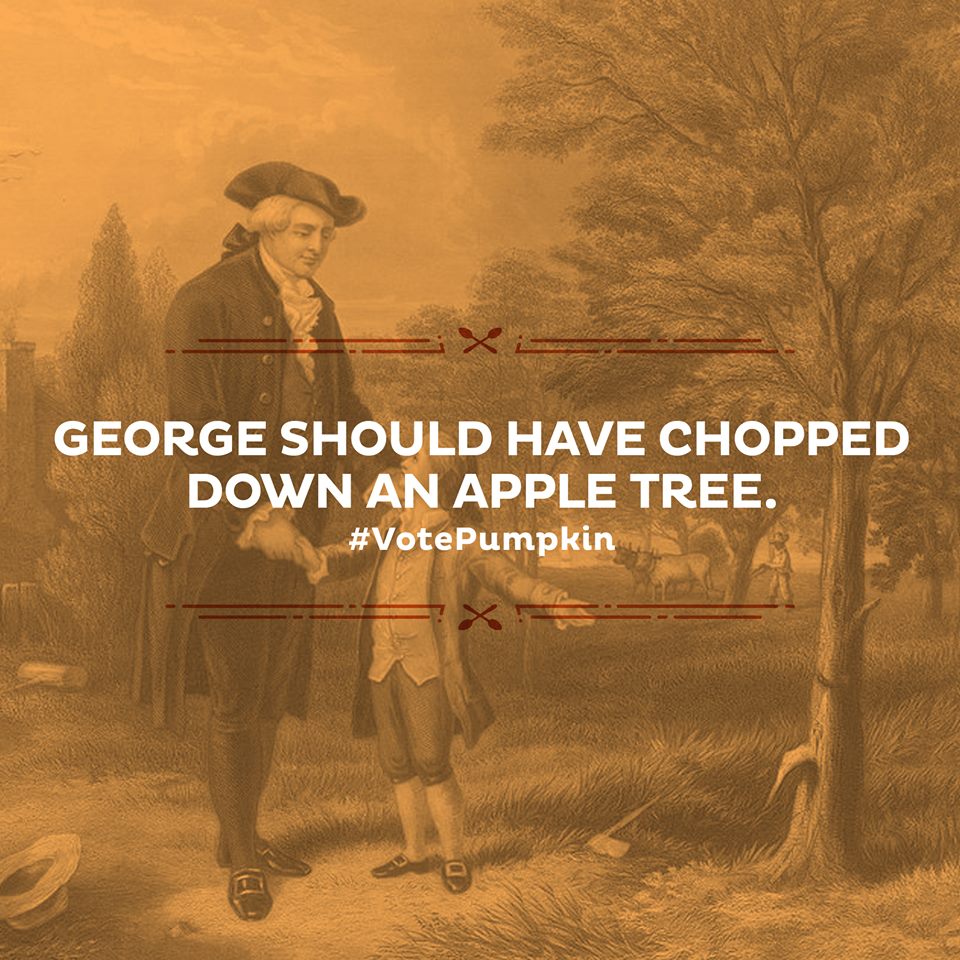 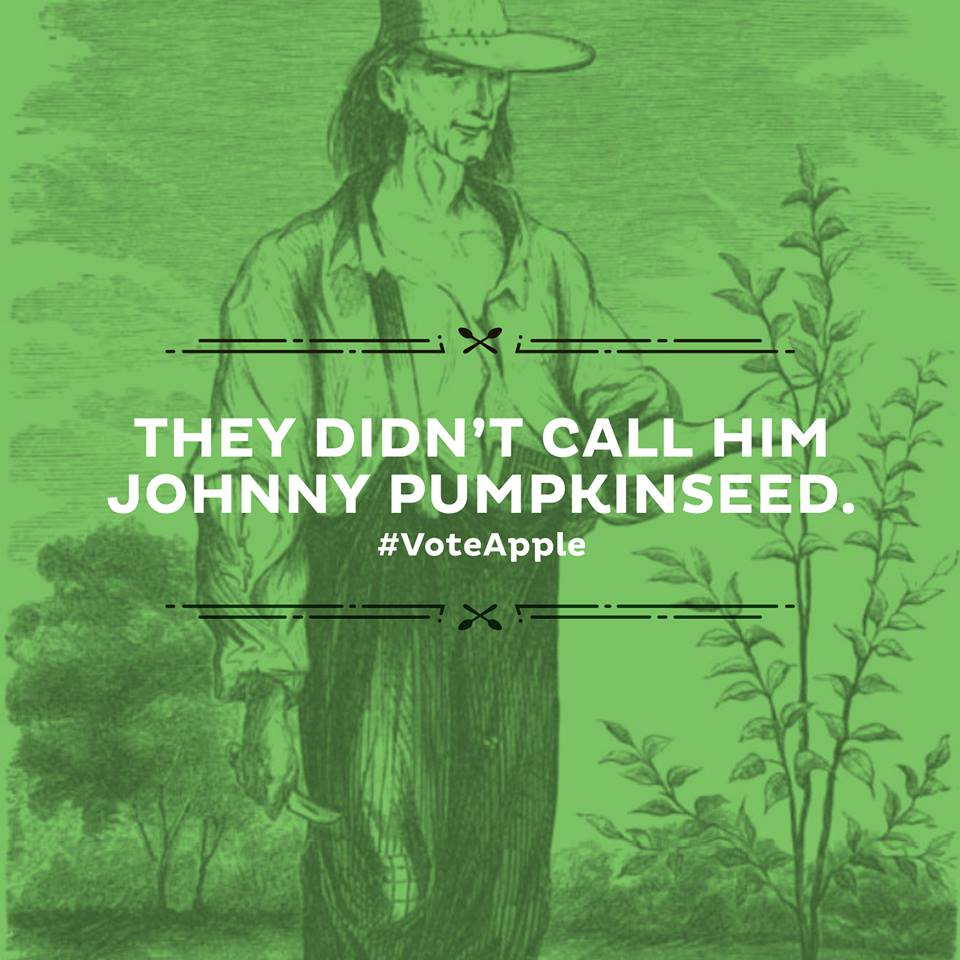 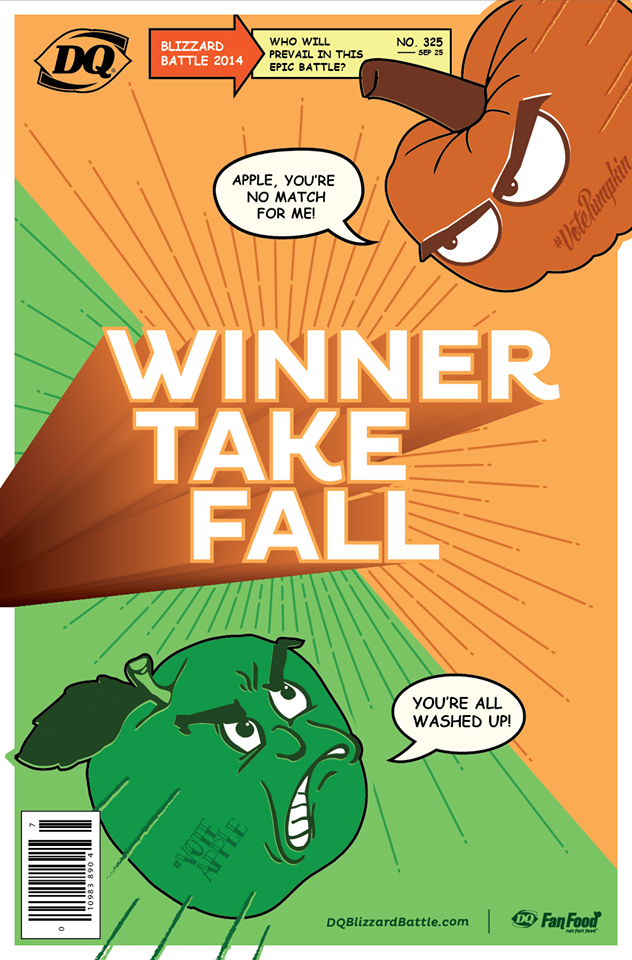