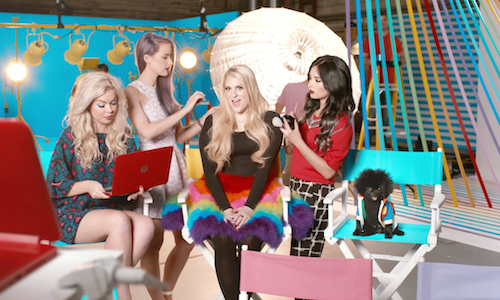 For HP's 2014 holiday campaign, 180LA brought together the biggest social stars from Vine, Instagram, and YouTube, along with one of the biggest pop stars in the world, Meghan Trainor, to create the official music video for Meghan's new single "Lips Are Movin'."

Instead of just making cameos in the video, we put our social superstars to work. Each social star leveraged the versatility of HP's convertible laptop, the HP Pavilion x360, to collaborate on the creative production process. They drove the creative process, using HP technology for everything from Meghan's hair, makeup and nails, to the set design and dance choreography. During the shoot, each social star documented their involvement in the video and blasted it to their respectively massive fantasies through Vine, Instagram, and YouTube, resulting in hundreds of posts that gave millions of fans an intimate look at making the music video.

We then tied all of these stories together with a :30 spot and behind the scenes featurette. Before the video even launched there were 25 million engagements on #BendTheRules content. Two days after the music video launched, it had 2 million organic views—more than Meghan's hit single "All About That Bass" got in its entire first month. Within four weeks, "Lips Are Movin'" had over 45 million organic views, and today has over 160 million.

HP provides the technology to give next gen creators a bigger platform to do what they're already doing—bending the rules. HP wanted to continue growing their millennial audience throughout the 2014 holiday season.

But young people can see through marketing BS and are happy to call a brand out on it. In order to make the Pavilion x360's #BendTheRules campaign successful, we had to create legit experiences.

HP partnered with major pop star, Meghan Trainor, on the heels of Trainor's multi-platinum debut "All About That Bass," which captured the No. 1 spot on Billboard's Hot 100 chart for a record-breaking eight consecutive weeks. Our campaign launch her next single, "Lips Are Movin.'"

Not only does Meghan's music work well with a fun, high-energy campaign, but she's also a young, socially active creator herself that would inspire our social audience.

HP contracted the social stars and Meghan Trainor for 125 posts. They delivered 242 posts which means 117 posts were purely organic, demonstrating everyone's enthusiasm for the project. The result was 25 million social engagements before the music video was even live.

HP is only subtly woven into the music video itself—the x360 opens the video with a digital clapperboard, and is seen briefly throughout. The commercial and behind-the-scenes video launched the same day as the music video to drive people to watch the final music video online.

The TV spot is a fun, highly stylized look at the music video set in the moments leading up to the first shot. Viewers move through the set and see a few of our influencers using the x360 like they did throughout the production process. We constructed the story so that the spot ends where the music video begins.

Within hours of posting, the music video was HP's highest performing YouTube video ever. HP reached their target audience with 78% of viewers ranging between the ages of 13-34. The HP YouTube channel visitors grew 600% among 13-24 year olds and their subscribers at large increased 48%. 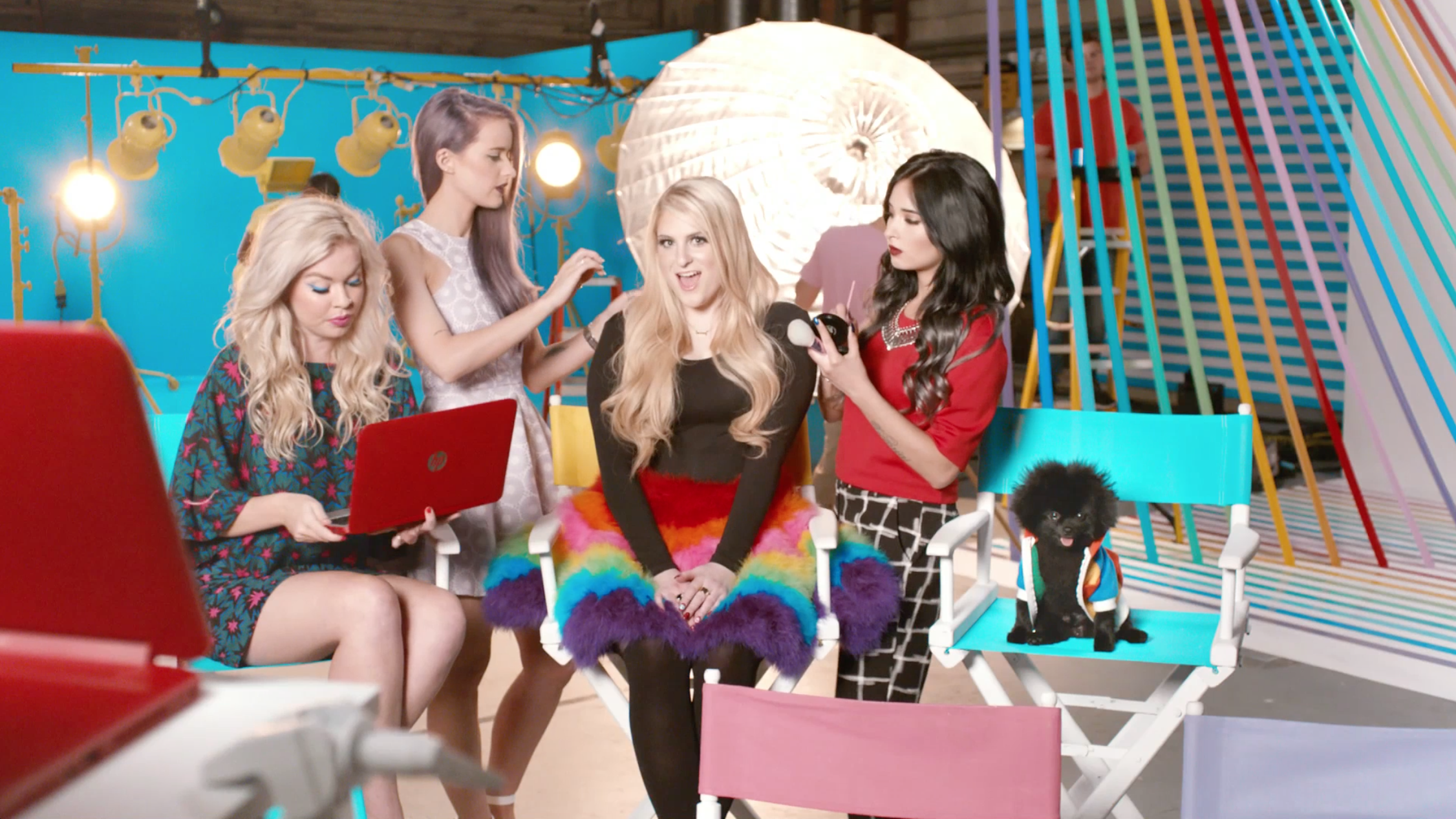