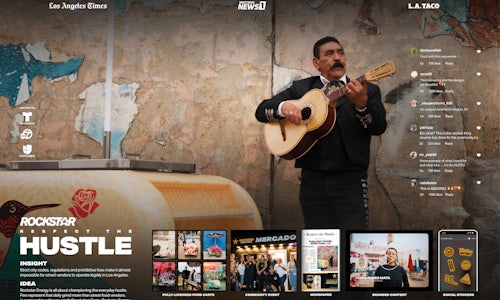 This project aimed to empower LA’s street food vendors, who struggle to work in the face of strict city regulations and targeted harassment. As Rockstar Energy’s brand ethos is to fuel the hustle, we aimed to do so in a tangible way and raise awareness of the larger issues.

Our goals were three-fold:

1) Invest into a hard-working community

3) Create the most reach and community impact with a limited budget during a saturated cultural moment: Super Bowl weekend

Rockstar Energy is originally from LA, and wanted to build a presence during Super Bowl week to champion those in the city who hustle the hardest. Rather than create a traditional marketing endeavor, this idea tapped into a truly local issue: taking a stand against the city of LA’s food strict and prohibitive vendor policy, while supporting the hard-working vendor community. In partnership with non-profit Revolution Carts, we created a series of street-legal carts, each uniquely designed by a renowned LA artist. With limited time and a more limited budget, we worked with local food blog LA Taco to identify vendors who needed help the most. We then quickly paired each vendor with a credible artist from their LA neighborhood, who helped weave their personal hustle stories into the cart designs.

We captured each story in a series of social films, created by director David Camarena, editor Dior Rodriguez and Grammy-nominated producer Cobaine Ivory (who worked pro-bono as a testament to the project). The community embraced the project whole-heartedly. We orchestrated massive social engagement and awareness with the films, LA Taco’s editorial articles, and a bundle of digital Instagram stickers that advocated for food vendor rights. As a celebratory event, we created an immersive mercado-style experience with interactive installations, personalized aprons, and a physical newspaper that people shared heavily on social. Further, the event was covered by several news organizations, including Telemundo, despite the high number of events happening on the busiest sports week of the year.

To this day, long after the Super Bowl has left LA, each food vendor continues to post and celebrate their street-legal carts – which helps them make a living without fear of fines, penalties or arrest. This wasn't just a commercial for an energy drink, but an ongoing community investment that will fuel the hustle for years to come.

The execution of the project, the partners we engaged, and the stories we told garnered genuine praise and appreciation from not only the street vendor community, but LA as a whole. On the busiest sports week of the year, we were able to shift the conversation towards the importance of fueling those who fuel LA, and make local and national media take notice. Comments from the public, the artists and the food vendors all displayed appreciation – and to some extent, surprise – that a Pepsi-owned brand would stand with the people in a contested battle with the city.

Social and community impact by the numbers: 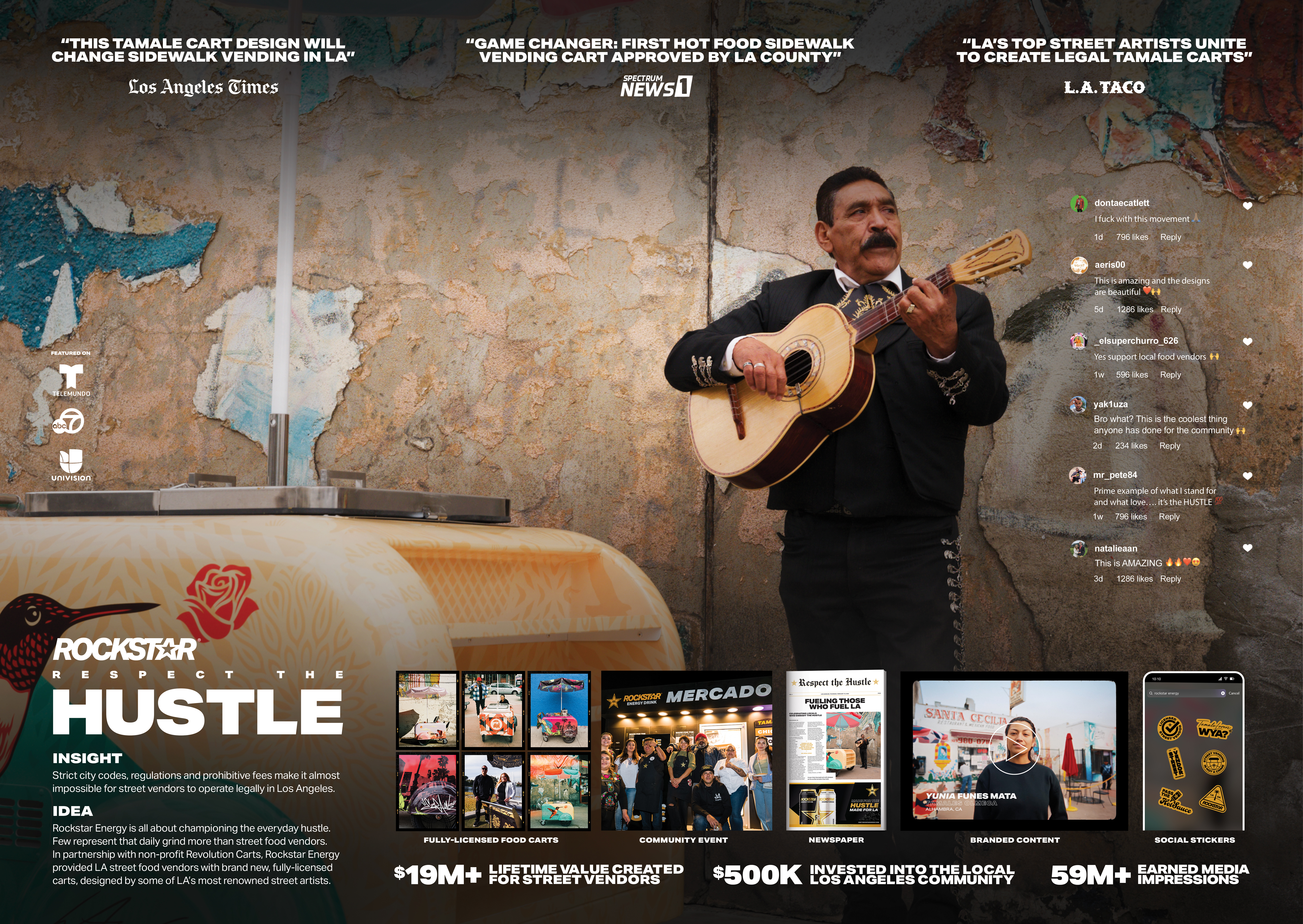