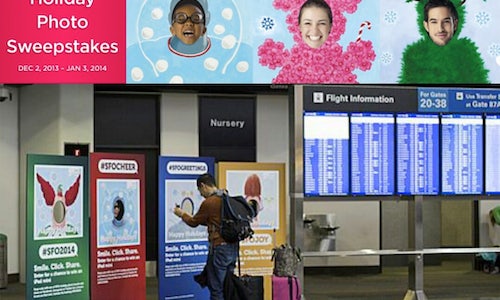 The San Francisco International Airport (SFO) has a solid presence across multiple social media platforms. In an effort to capitalize on the busy Holiday travel season and engage all of the airport’s social communities, SFO launched a five-week long photo campaign. Playing off the cardboard cut out concept, SFO invited fans to either upload a picture taken at one of SFO’s free standing face cut out boards or create their own virtual cut out using the online tool on the contest Facebook tab. Entries were accepted through Facebook, Twitter, Instagram and Email. Even if fans were not physically on airport premises, they were able to engage online through the platform (or platforms) that worked best for them and share their photos using any of the following hashtags: #sfocheer, #sfogreetings, #sfojoy, and #sfo2014. The objective was to encourage fans to keep SFO top of mind when traveling, especially around the holiday season.Leveraging their social media accounts helps expand SFO’s digital audience and build awareness of the airport even among travelers who do not use the airport facilities and amenities on a regular basis. Many people travel frequently around the holiday season to visit family and friends, which further validated SFO’s initiative to host a campaign centered on this season. Through this campaign, SFO acknowledged the photo-sharing trend among social networks and further established its social presence showing how it can integrate the elements of creativity, timeliness and overall engagement for online fans and airport travelers alike. A customized Facebook application integrated with a customized admin dashboard built to consolidate all photo entries, allowed SFO to receive more than 760 entries with the most entries coming through Instagram and Facebook. As entries were being submitted, the full gallery of images were dynamically available on the Facebook application as well as the SFO website flysfo.com, where fans could easily browse through all the various entries. Geo-targeted Facebook posts further enhanced online reach for the campaign, achieving an optimal click-through rate of 0.44% with more than 7.2 million impressions and nearly 32,000 clicks. Sweepstakes-related content generated more than 1,200 likes while the page itself increased by 3,299 likes total. There were 275,000 impressions on Twitter with 79 new followers over the course of the campaign. Additionally, the campaign was promoted through a press release as well as face boards and identification screen graphics displayed in every terminal with hashtags and details on how to enter. Furthermore, Airlines, CNN’s Airport Network and influential Bay Area Twitter accounts shared and favorited the campaign content elevating exposure and engagement of the airport’s initiative. 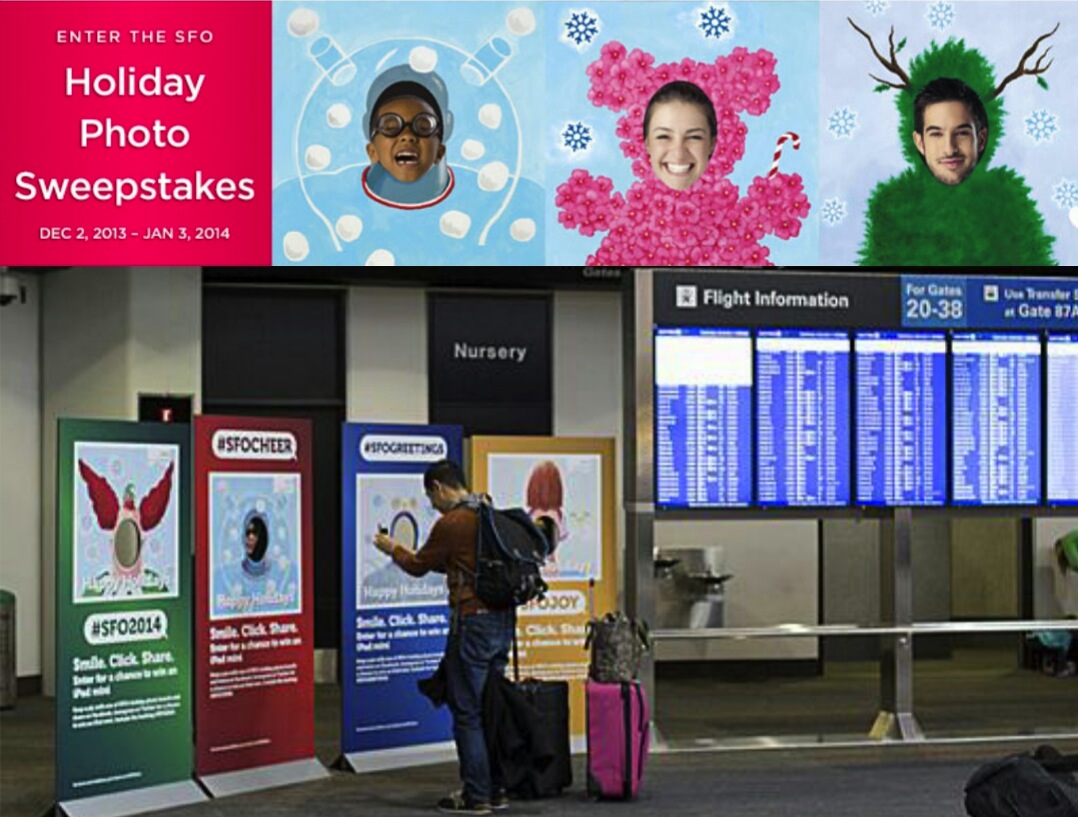