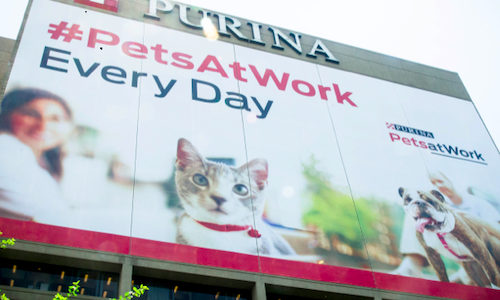 Our challenge was to gain exposure for Purina’s commitment to Pets at Work Day by generating a large volume of small, personal actions endorsing the idea, tying the overall Pets at Work (PAW) movement to Purina’s pet-friendly office policies. We needed to position Purina as small, human, personal and authentic, building trust in the brand and driving engagement with PAW content posted on Purina’s social channels, as well as driving site visits to Purina.com’s PAW hub. We started by creating an operation to discover topics pet lovers care most about and making sure Purina could add value. We then quickly crafted expert content (within two-hour windows) and tweeted it directly to people talking about PAW to see what popped. Celebrity tweets — the only paid media used — helped catalyze these conversations. A command center in our New York office — backed by a social team with Purina in St. Louis — ensured that our team produced a large volume of qualified, engaging, and customized tweets without any major hiccups or errors. Purina’s message reached a highly engaged audience, at scale, very quickly. The brand took complete ownership of the conversation around Pets at Work Day to the exclusion of competitors. Our team sent a total of 258 tweets. The results were staggering: • 89% retweet rate • 117% response rate on tweets sent • 326% lift in brand reputation pre/post • 3,382,006 impressions generated on branded content (Twitter) • 37,349,387+ total people reached on day of event (Twitter) The retweet and response rates far exceeded the average both for Purina and across other sectors (@NYTimes sees about a 70% RT rate on breaking news). The campaign raised awareness of workplace content on Purina.com, yielding a total of 46K+ total page views between 6/17–6/23 (a 7x increase over the previous week) and increasing page views on Purina.com by 34% pre vs. post. Who says you can’t get great results from 1-to-1 social interaction? 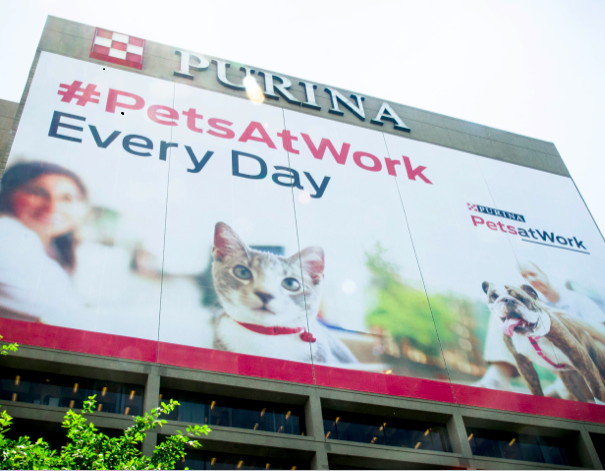