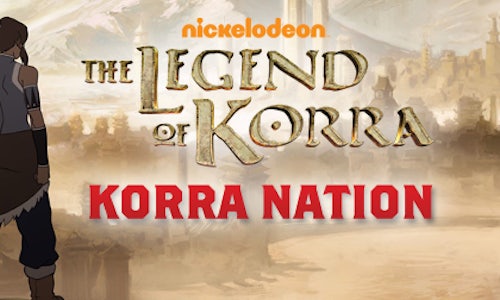 After Nickelodeon’s cult cartoon TV series “Avatar: The Last Airbender" ended in 2008, viewers of the show moved online to keep the show’s spirit alive. Avatar fans became a remarkably cohesive and passionate group, and took to social media to demand more from Nickelodeon and the Avatar universe. Finally in 2011, their demands were met when Nickelodeon announced plans for the next iteration of Avatar -- a new spin-off series called “The Legend of Korra." Scheduled for an April 2012 premiere date, the Nick marketing team hoped to activate existing superfans to spread the word, and knew Tumblr was the right emerging platform to do the job. And so in March 2012, “Korra Nation" was born -- a Tumblr fan destination that housed never-before-seen art and videos, and initially gained crucial fan credibility after letting followers unlock the show’s premiere online before it aired on TV. Certainly this stunt helped us grow an engaged follower base throughout 2012, but 2013 has proved to be our biggest year yet. This year, the Korra Nation Tumblr has truly given fans one-of-a-kind experiences that they can’t get anywhere else. Outside of supplying our fans with a steady stream of original art, GIFs and videos, we’re proud to have also created larger in-person and digital activations specifically for our Tumblr community. From hosting a fan art competition judged by the show’s creators at Comic-Con, to launching a cosplay contest that earned fans a private screening at Nick HQ, and eventually even letting Tumblr fans watch the Season 2 finale before anyone else, we’re constantly striving to reward our fandom in bigger and better ways.Nickelodeon’s most passionate fans belong to the “The Legend of Korra" series, and our the Korra Nation Tumblr is their ultimate fan destination. The Korra Nation Tumblr deserves to win the Shorty Awards for Best Brand Presence on Tumblr, Best Tumblr Campaign and Best Use of Social Media IRL because we consistently create high-stakes, fan-centric experiences, built exclusively for our followers. This July, some of our most exciting fan activations kicked off at San Diego Comic-Con. Our first activation was a Tumblr fan art contest, judged by the show’s creators, where winners were featured during our actual Comic-Con panel. We successfully spiked anticipation leading into the event and earned 2,000 stunning submissions in just 10 days. But that wasn’t all we did at the panel. After surprising fans with a long-awaited season 2 premiere date, we went all-in and screened the season 2 premiere episode right there for the very first time. To amplify chatter around the screening, we live-GIFed the episode on the Korra Nation Tumblr. These GIFs were some of our highest performing ever, with some posts earning over 1,000 notes per minute. In an effort to further engage fans outside of the crowded convention center, we ran an on-the-ground scavenger hunt around the downtown San Diego area. Over the course of an evening, the Korra Nation Tumblr released 10 trivia-based clues which led to secret intersections where fans could claim autographed swag-bags. Throughout the night, hundreds of fans raced down the streets and each swag-bag was claimed in less than 3 minutes! Later that year in October, the Korra Nation Tumblr starting amping up excitement for New York Comic Con. We challenged fans to bring their cosplay A-games and teased a special surprise for fans with the ultimate costumes. After cruising the floor for our favorite cosplayers, we invited 30 costumed superfans to an exclusive screening of "Beginnings," a highly anticipated episode which tells the origin story of the first Avatar in existence. Fans attended the screening alongside the show’s creators, and were brought to tears by the end of the “out of body experience." As the year came to an end, Korra Nation hosted one more big stunt. In a video post to the Tumblr, we relayed a challenge to fans: If the post was reblogged 10,000 times, we’d unlock the hour-long season 2 finale a week before it’s TV airing. This being the Korra Nation fandom, they hit the goal in under 2 hours, earning the post more than 1 reblog per second during that time. Over the next 24 hours, we saw incredible social chatter on Tumblr: Korra was posted about more than 3 times per second, with 275K Korra-related posts that day. With Korra Nation, we work to invent new ways to extend our Tumblr community outside the digital space and into the real world. We look forward to creating even more unique, unforgettable experiences for our fans in the future. 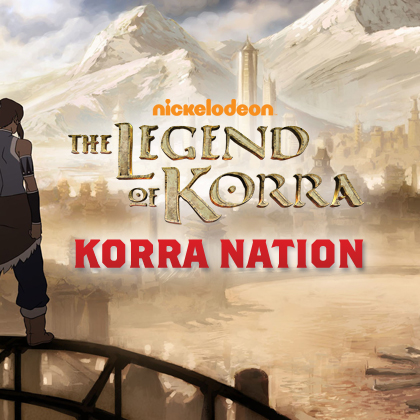 Nickelodeon's The Legend of Korra