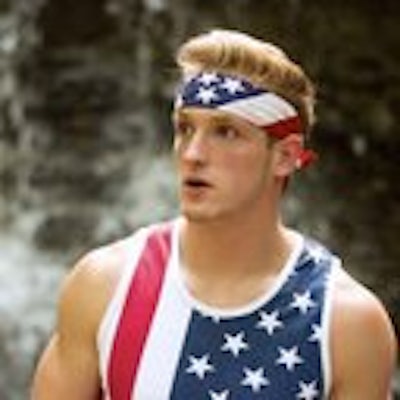 Logan Paul is an 18-year-old college freshman, currently attending Ohio University in Athens, Ohio. Logan grew up in a suburb outside of Cleveland with his younger brother, Jake Paul. The two have loved being adventurous and outgoing their whole lives, which has paved the way for success in front of a video camera. Beginning on YouTube as a seventh grader, Logan made comedy videos for his classmates, but found his channel rapidly growing in popularity. Five years later, Logan made the switch from YouTube to Vine. In seven months, Logan has gained 2.7 million followers and is the #13 most followed Viner on the application. He currently has the most successful branded Vine to date! His clips mainly of public pranks, stunts, and comedy sketches. Logan is a perfectionist; he's spent five hours filming just to capture the perfect footage to fit into six seconds... But, he loves every second of it! Logan hopes to inspire and entertain the world, six seconds at a time. Logan uses Vine, simply, to make people laugh! If Logan is able to make someone's day easier by giving them a little laugh in six seconds, he's happy. However, it's how Logan goes about doing so that makes him unique. Logan's style is unparalleled in that his dedication to his work is unbelievable. Logan will dive into ice, jump from a two story window, enter a stranger's car, yell in a book store, and even jump over a moving vehicle; all for his fans. Logan is willing to put himself in uncomfortable situations in order to entertain millions, and that's what makes him different. His physical comedy and dynamic work also separates him from the rest. From doing funny dance moves like the splits or high-kicks to tricks like toe-touches or round-off backflips, Logan does it all. Combined with high quality production value, Logan's style is difficult to imitate. In essence, Logan's physical comedy and dynamic work is what makes him unique; his style is extremely encompassing.