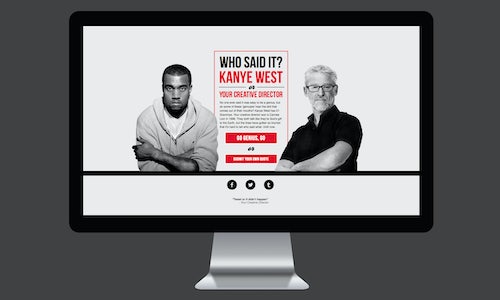 THE PROJECT “Who Said It: Kanye West or Your Creative Director?" is a gift to the creative community, and all who have all endured the misery of working for a self-proclaimed creative genius. The website is a simple this-or-that game that prompts users to click through a series of real quotes. The challenge: to guess which of god’s greatest gifts said it. Rapper and self-appointed 8th Wonder of the World Kanye West or the winner of a 1996 CLIO for a TV spot that ran once at 2am, your creative director. THE FEATURES Designed to be as clean and minimalistic as possible, the site is built to get the message across quickly and simply. It’s a game of arrogance attribution, in which users click one of two buttons underneath a quote so arrogant, so self-important, there’s no way it can be true … but it is. To involve the users in the experience, any victim of creative arrogance may submit their own quotes from either Kanye or a CD to appear in the game. Social icons for Facebook, Twitter and Tumblr allowed users to share with friends, invite them to play, and post a quote from their own experiences. Each time Kanye speaks publicly, the site spikes in plays. Kanyevscreative.com is relevant as long as Kanye is, or as long as creative arrogance exists, which may be forever. THE RESULTS Kanye vs. Creative Director launched to over 100,000 plays in just two days, with the number doubling only a week later. The hashtag #kanyevscreative received over one million impressions on Twitter within week one. Hundreds of participants uploaded their own quotes to the game, making it even more robust and personalized. The response within the ad community was almost unanimously positive, and remained so through other creative communities, globally, and for pretty much anyone who checked Facebook during the week it launched. Kanye vs Creative Director was picked up, blogged about and retweeted by an impressive amount of influencers including: Complex Magazine, Buzzfeed, Time Magazine, Business Insider, Digiday, The Egotist, AgencySpy, DesignTaxi, PSFK, The San Francisco Chronicle, and Rolling Stone. 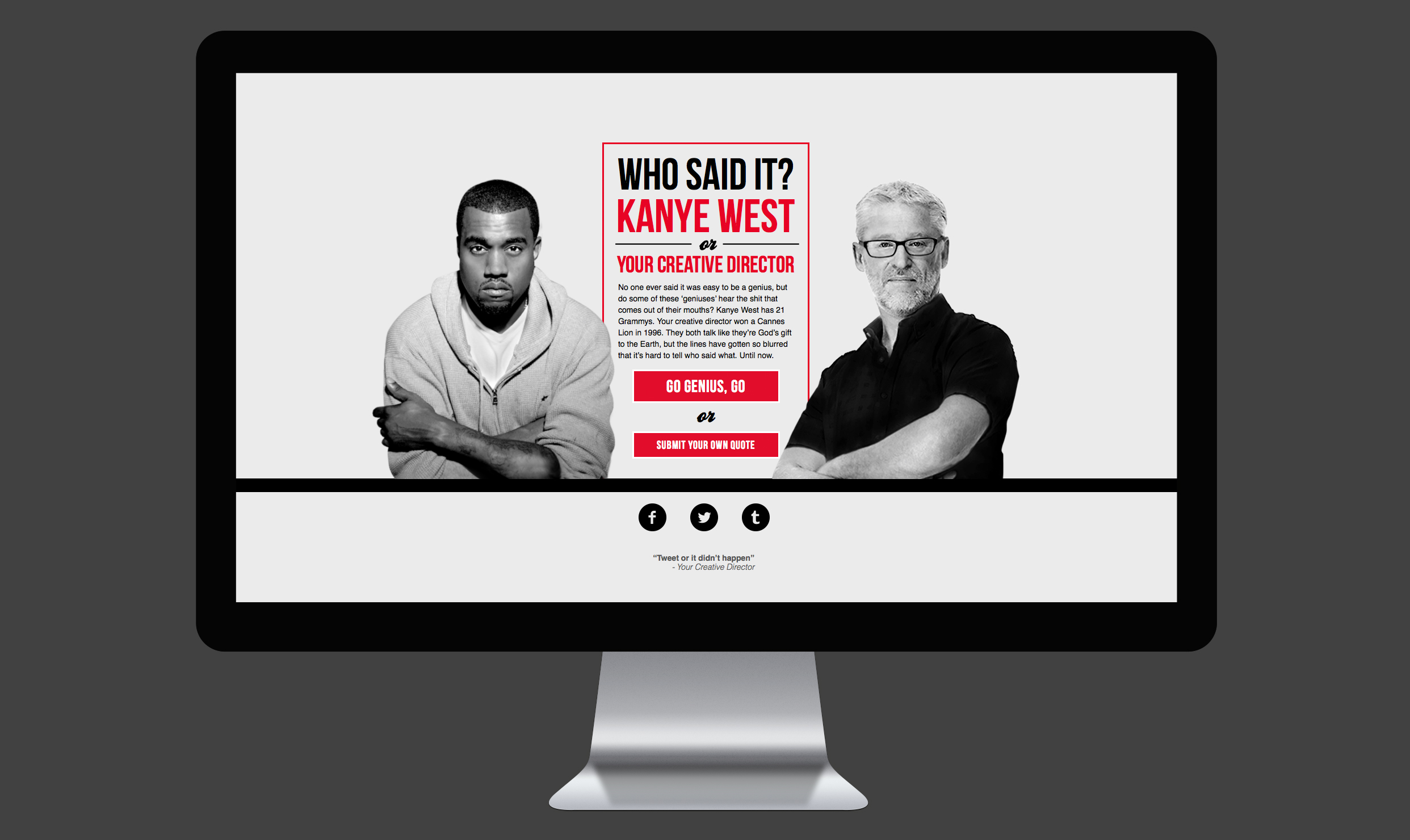