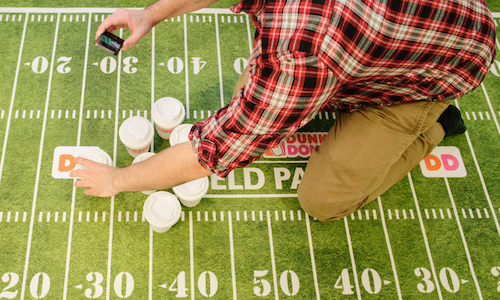 Dunkin’ Donuts has been a long-standing sponsor of ESPN’s Monday Night Football program. Previously, the brand appeared only briefly during the very last moments of the pre-game show broadcast before the start of the NFL game. To extend Dunkin’s reach into the live event and make the brand feel as significant as major national sponsors but at a lesser cost, we created a buzzworthy second screen social TV experience. Introducing #DunkinReplay, a weekly Vine video that recreates a game changing play using Dunkin’ products, tweeted to the large social followings of ESPN and Dunkin’ Donuts in real time. Teaser vines, including the first ever vine-to-TV commercial, appeared during the brand’s pre-game show sponsorship and lured fans to engage with #DunkinReplay. It was a natural fit for the brand: Dunkin’ was an early adopter of Vine as a platform for the it’s quirky, lighthearted personality. Using both Vine and Twitter, the dominant social TV channel, to engage the enormous NFL fanbase and Dunkin’s own social following during Monday Night Football made perfect sense. To date, Dunkin’ has added 3,000 new followers and #DunkinReplay has garnered over 198,000 replies, retweets, and mentions. Each #DunkinReplay vine delivers as many impressions as a comparable TV spot, but at significantly less cost. 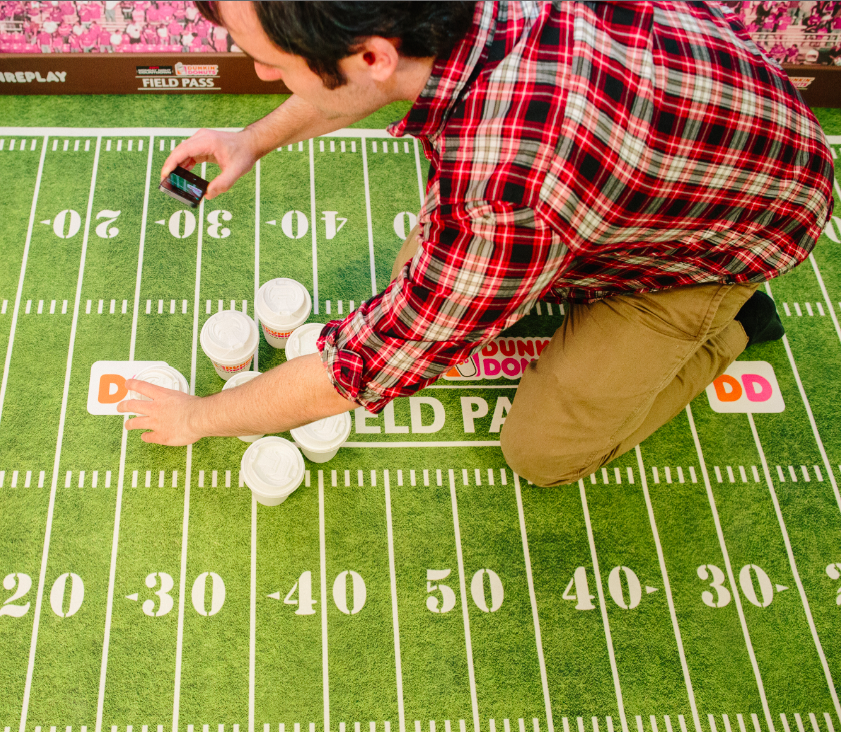