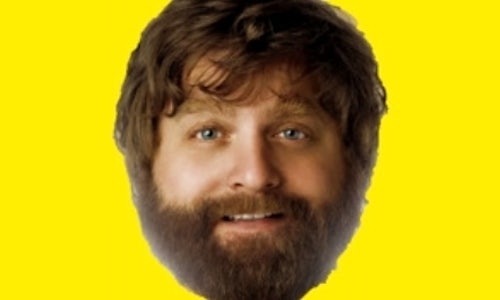 Full case study available at https://alans-facebook.squarespace.com Warner Bros. Pictures, in anticipation of the 2013 comedy The Hangover Part III, wanted to take fans on an in-world journey into the world of one of the franchise’s most recognized and hilarious characters, Alan Garner (played by Zach Galifianakis). Warner Bros. reached out to social media agency, Digital Media Management to help brainstorm the concept, and together decided that one of Alan’s most popular traits with fans is his bizarre social outlook and commentary, and that creating a personalized blog for Alan would be the answer. Making Tumblr Alan’s blogging platform of choice was a no brainer, and as if Alan has clumsily created it himself, “Alan’s Facebook" was born: http://alansfacebook.tumblr.com In order to properly create a fully "in-world" page and profile for Alan, Warner Bros. and Digital Media Management looked at the film franchise and the character from 30,000 feet, pinpointing the specific nuances that made Alan so beloved and memorable. The simplicity of the page's design was reflective of that, having a very lo-fi, Geocities-esque feel while simultaneously paying homage to elements from the films (wolf pack, giraffes, other characters, etc.). The user’s cursor icon became a giraffe image straight from PowerPoint Clip Art upon visiting Alan’s Facebook, further illustrating the bizarre nature of the page. After finalizing the design of the Tumblr - appropriately titled "Alan's Facebook" to highlight the character's misunderstanding of social media platforms - the next step was determining content. There were four major sources for content output: original material (hand-drawn portraits, letters, photo-manipulated graphics featuring the cast) created by in-house designers, funny stock images, and reblogs from across Tumblr. All images and .GIFs were specifically chosen to fit perfectly within A) the world of the film, and B) the tone of Alan, and each post was paired with appropriate copy in Alan's voice. Reblogs were particularly effective in terms of increasing engagement and followers. Much like the in-house created content, these Tumblr reblogs were specifically chosen to display Alan’s whacky characteristics and taste preference. Where did he find a .GIF of a man thrusting his pelvis while bolts of rainbow fire out of his crotch, and why does he find it funny? It’s those specific details that added to the authenticity of the page. A secondary function of "Alan's Facebook" was the "Howl At Me" feature, which enabled fans on Tumblr to submit questions directly to the page and interact with the character, which would be publicly responded to by "Alan" (a.k.a. the team at Warner Bros. and Digital Media Management). This added an extra layer to the authenticity of the page, simultaneously providing laughs and direct fan engagement. 'Alan's Facebook' proved to be an innovative Tumblr campaign and creative piece of viral marketing, offering fans a once-in-a-lifetime opportunity to interact with one of the most popular and influential comedy characters of the last decade. By making the page feel as wholly authentic as possible, the gap between social marketing and the film was bridged, creating a fully inclusive experience. The concept of "marketing distance" was eliminated, as Alan's Facebook merged the social marketing and the physical film release into one entity. In the lead up to the film, fans were able to watch trailers and television spots, then go online to learn and check in on what Alan was up to in his "real life." Fans loved the site, with engagement and followers exponentially increasing week to week. To date Alan's Facebook has tens of thousands of followers, and the top post has 14,961 notes. Top digital news outlets such as DigitalSpy featured the Tumblr in articles, discussing the unique and appropriate design and substance of the page. 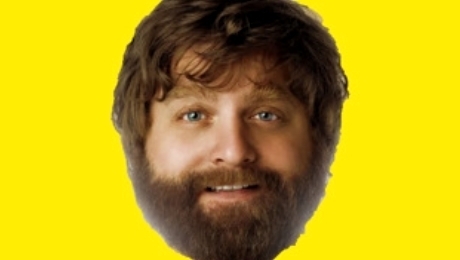