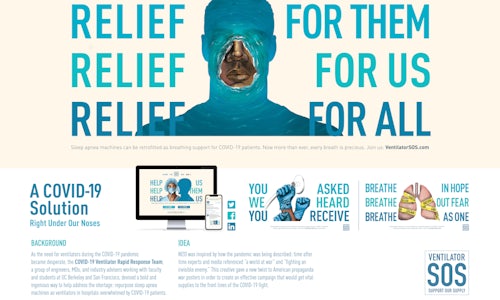 As the need for ventilators during the COVID-19 pandemic became desperate, the COVID-19 Ventilator Rapid Response Team, a group of engineers, MDs, and industry advisers working with faculty and students at UC Berkeley and San Francisco, devised a bold, ingenious way to help address the shortage:  repurpose sleep apnea machines as ventilators for hospitals overwhelmed by COVID-19 patients.

But how do you get the word out so that people and organizations will donate?  And how do you quickly distribute the converted machines to hospitals that need them?

The team turned to W2O and Mission North who, in a matter of days developed an earned communications strategy and secured local and top-tier media.  W2O also quickly developed new branding creative, web design and a digital campaign, brokered a relationship with the American Hospital Association to connect to hospitals in need of ventilators and partnerships with large technology companies.

We anticipate this project will save dozens of lives in the US and potentially thousands of lives in places like South America, Africa and India.

The strategy was driven by the insight that in this pandemic, hopelessness and inaction can feel inescapable. We wanted to unite people by giving them the power to support those treating, and being treated for, Covid-19—without ever leaving the safety of their own home.

W2O was already working with other clients on a few Covid-19 related projects, so it was knowledgeable about trending topics and reporters’ interests. In a record-setting 48 hours, W2O and Mission North’s media specialists shaped the narrative, identified target reporters and news outlets and developed a media strategy and press announcement. The media strategy addressed a key focus of coverage – the dire ventilator shortage – with an immediate and simple solution (Ventilator SOS). Individuals and organizations now had an easy way to help patients and our healthcare heroes and potentially save lives simply by contributing unused CPAP machines.

To develop the digital ads and website, W2O was inspired by how the pandemic was being described: time after time experts and media referenced “a world at war” and “fighting an invisible enemy.” Our creative gave a new twist to American propaganda war posters that had called for donations of unused metal to make war equipment.

Ventilator SOS launched April 3 with a preliminary website and a press release. The teams secured local San Francisco media, which drove initial awareness, then turned their attention to national media.

W2O’s creative team produced the new branding, website revisions and digital ads with four custom illustrations and animation in lightning time – one week – for a process that typically takes 6-8 weeks. The timeline:

The website was updated with W2O’s creative in June 2020.

At the same time, W2O leveraged relationships at the American Hospital Association to facilitate connections to hospitals across the country to determine needs while the American Academy of Sleep Medicine published a link to the website for its members to donate CPAPs.

The high-profile media coverage also opened doors – and dialog – with FDA, FEMA, DoD and VA. FDA confirmed emergency authorization for the device is not needed while DoD granted approval for the retrofitted machines to ship internationally.

The entire project was done with donated time and talent by every group involved.

Ventilator SOS is making a significant impact on the Covid pandemic: 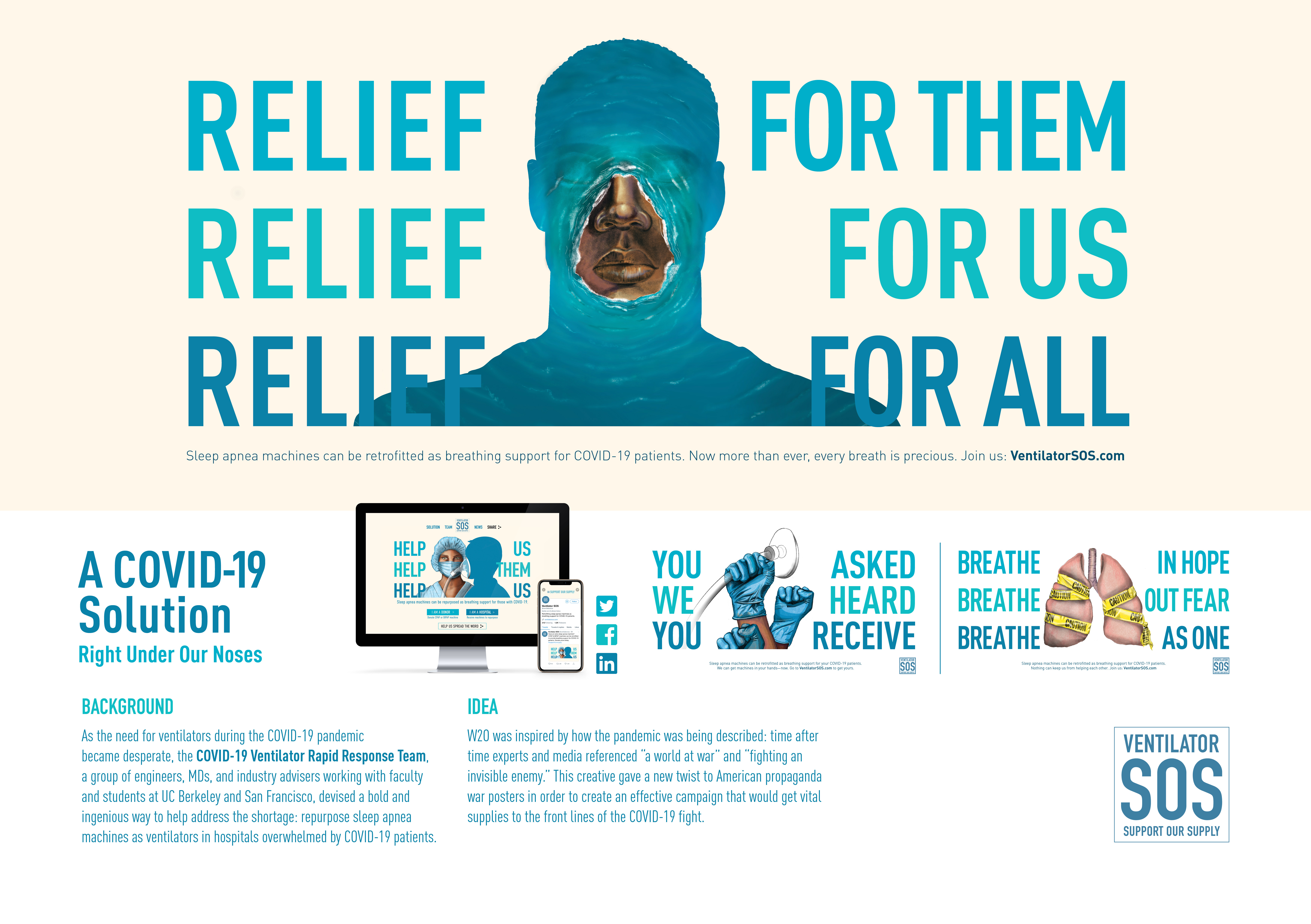 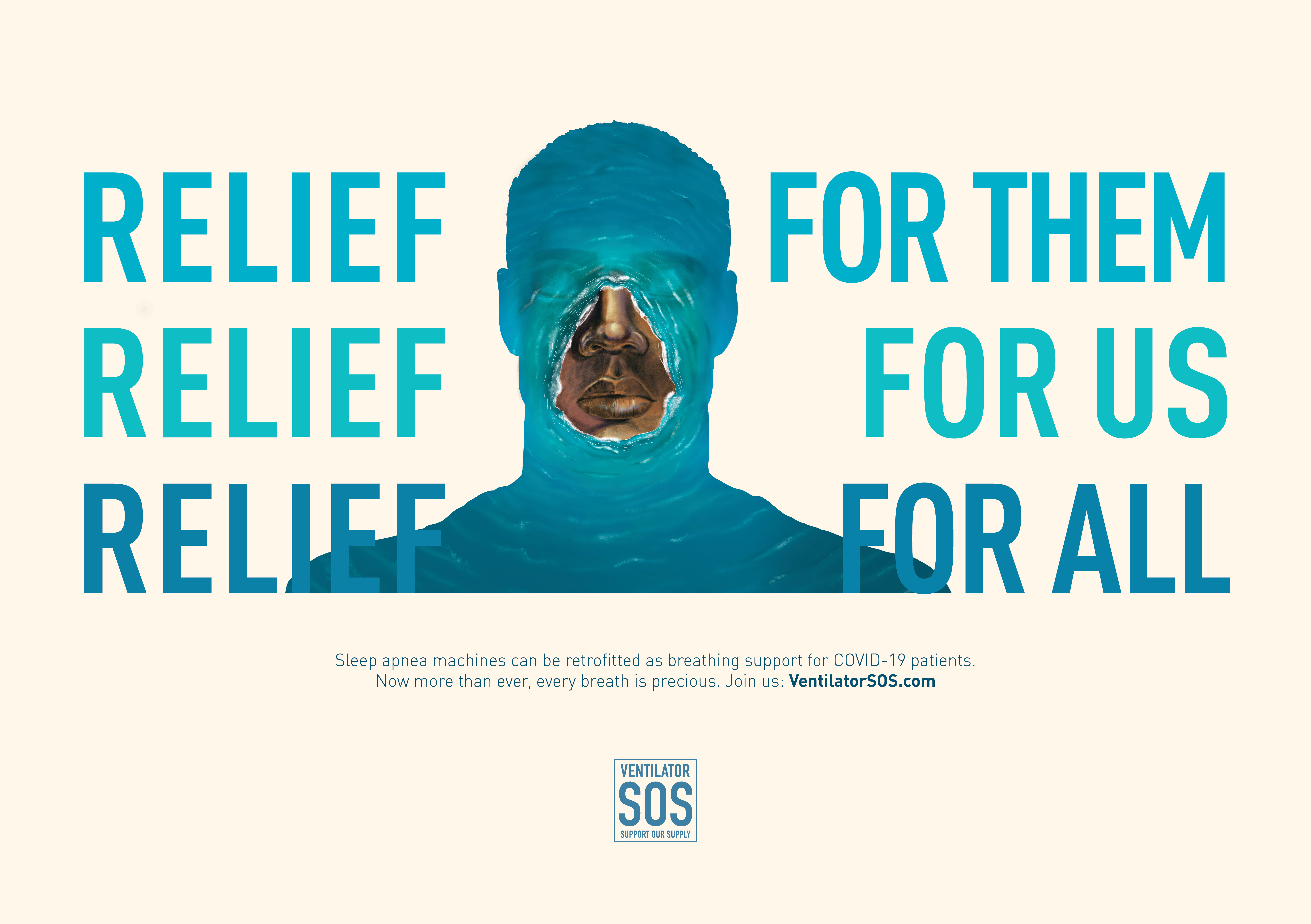 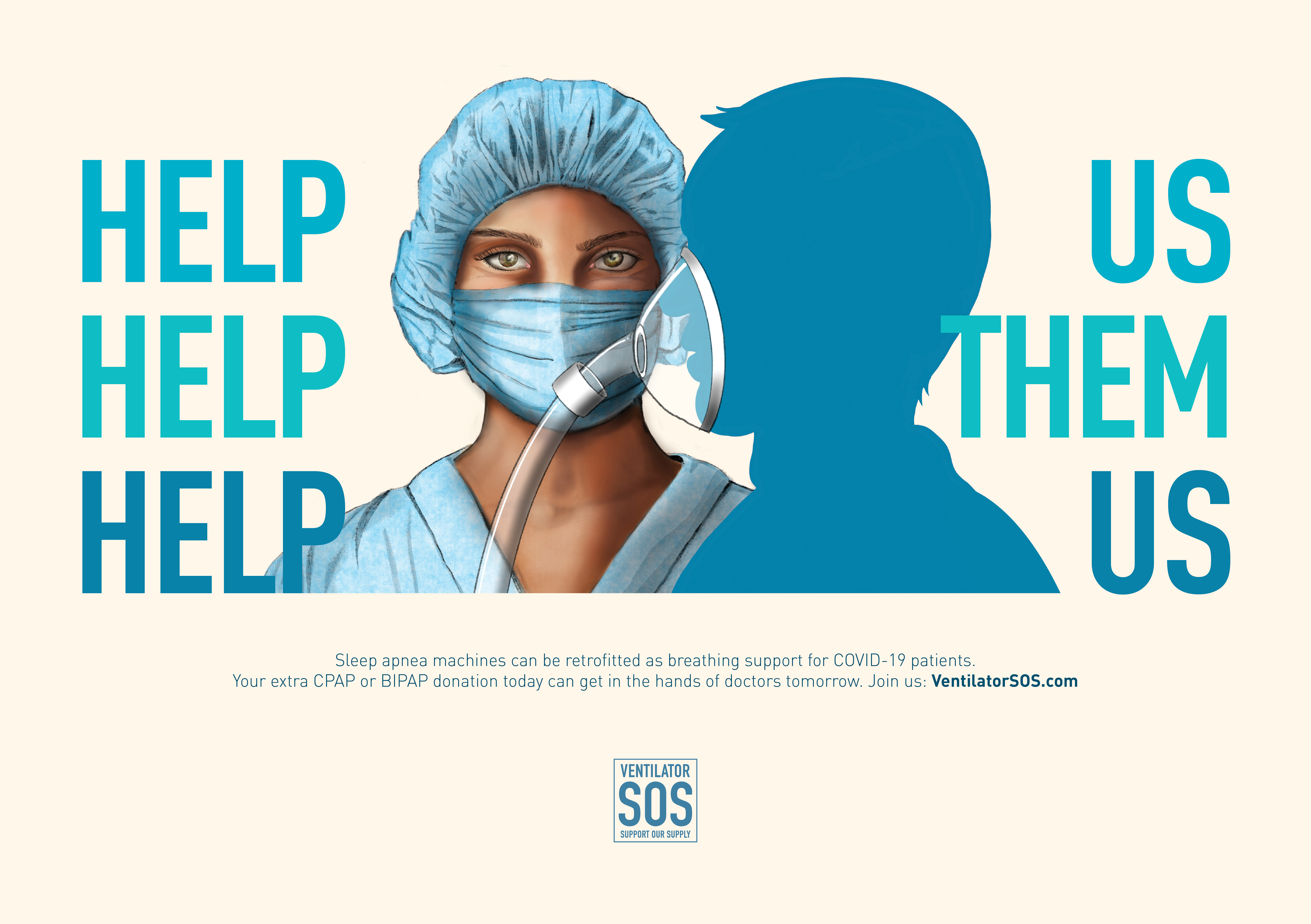 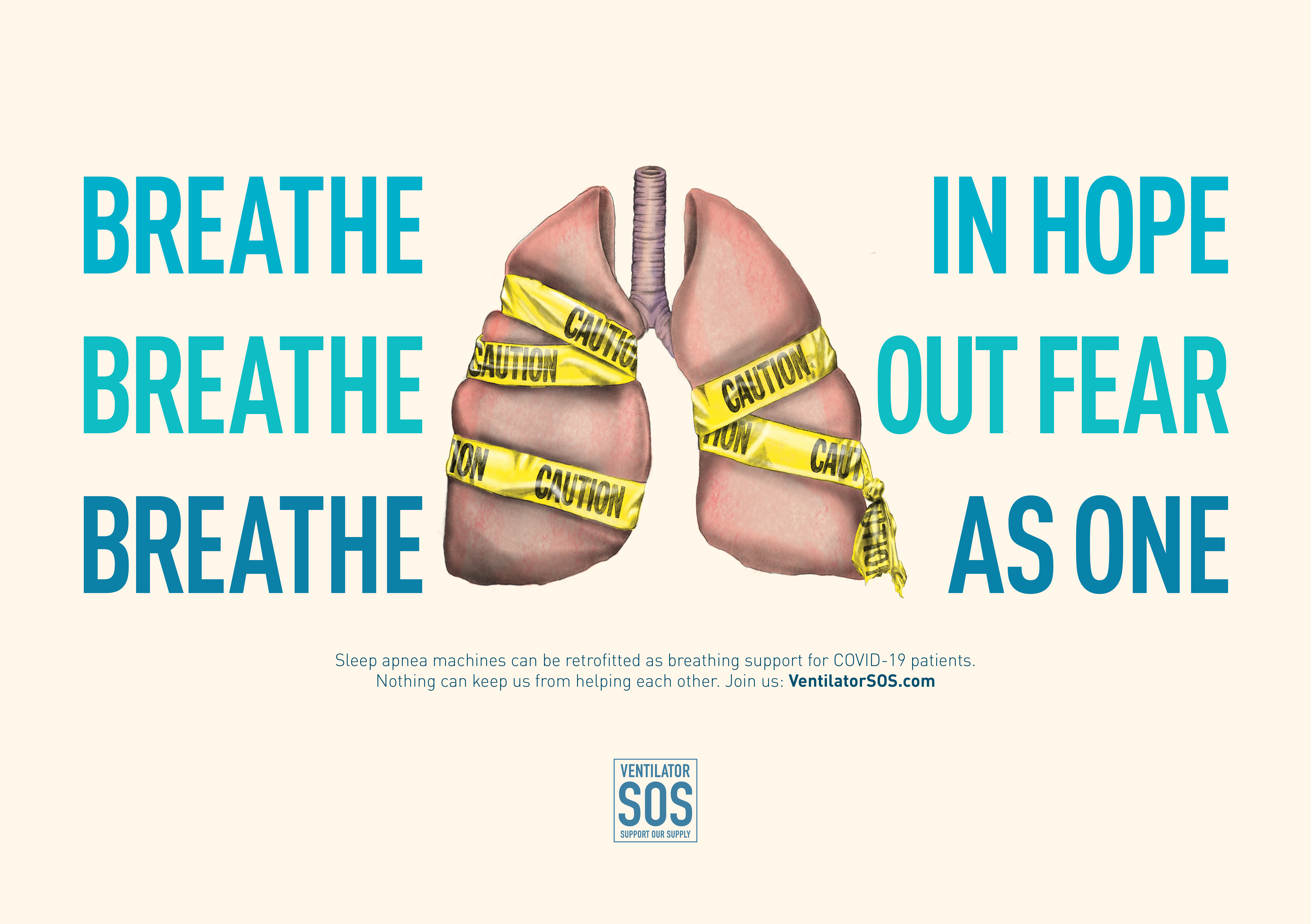 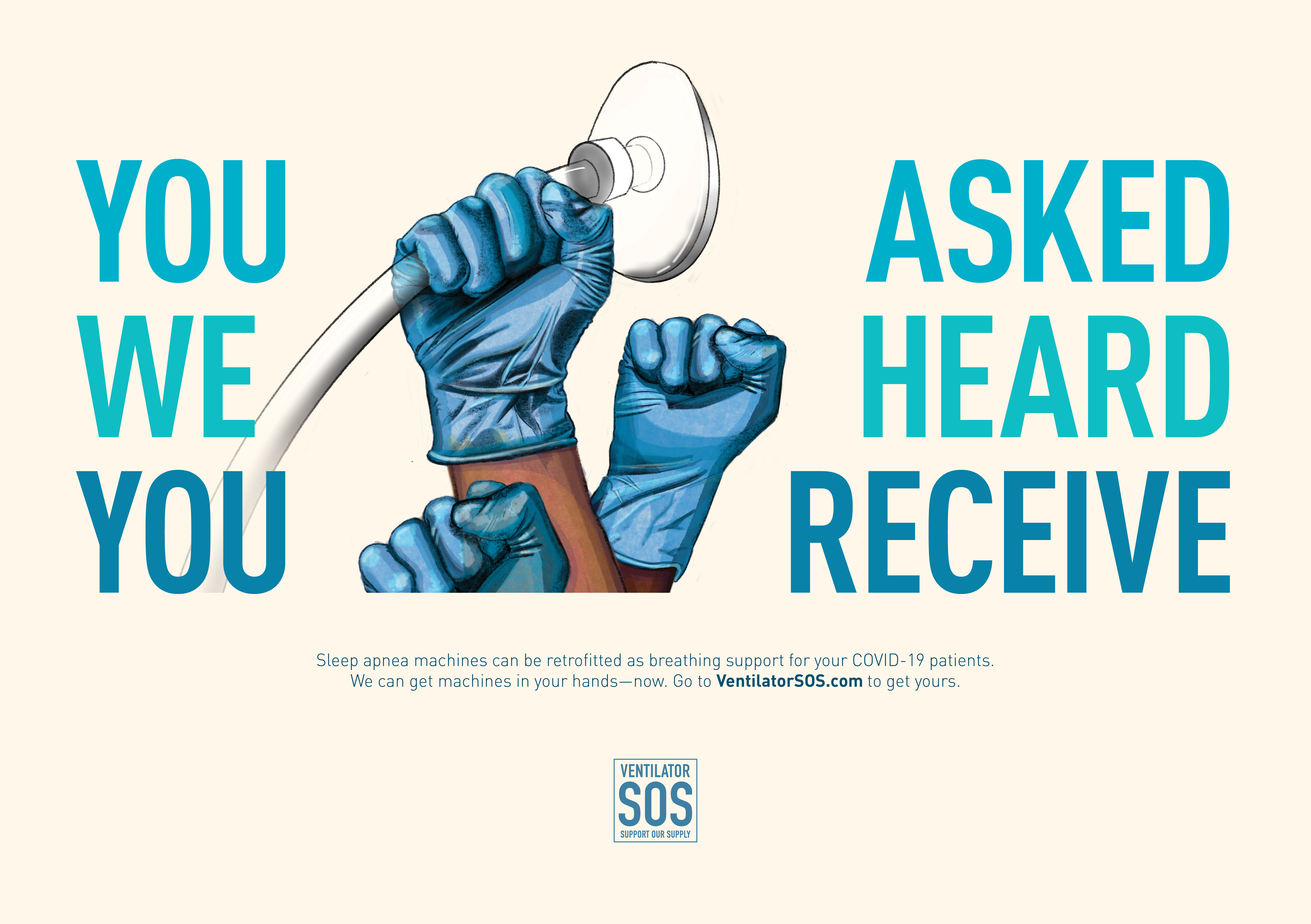