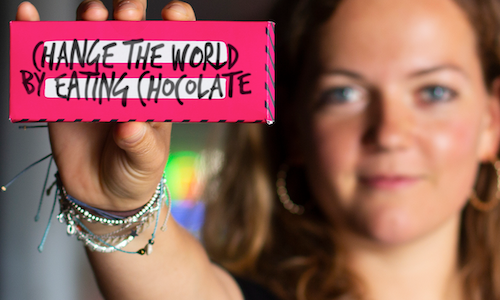 “Be Radical, Choose Equality” is the message from UNDP (United Nations Development Programme) and the FairChain Foundation for the launch of The Other Bar, a chocolate bar that challenged consumers to take direct action against poverty.

Launched in the UK in November 2019, this experiment piloted a new way of doing business with developing-world producers, who typically get a raw deal from western corporations.

Farmers get 3% of the value of the cocoa used to make chocolate, which means most cocoa farmers don’t earn living incomes.  The Other Bar ensures farmers are paid prices that meet real income needs.

Inside every pack is a blockchain token that has real value – when scanned it’s equivalent to a 1/4 of a cocoa-producing tree. For every four bars a farmer can grow more and earn more thanks to a fairer system.  The twist is that the token can also be used as money off the next purchase - consumer choice. Either way the farmer benefits – that’s Radical Equality in action.

Available in milk or dark chocolate, The Other Bar was made from pure, organic Ecuadorian cocoa - the world’s best. Each pack contained two 50g bars with a limited edition run of The Other Bar sold online.

The social-first campaign needed to go further than sales of chocolate bars, although that was a key deliverable. It needed to demonstrate there was a real consumer desire for transparency and social good, so the key messages had to be clear, punchy and direct.

Communications had to:
- Develop and promote the purpose
- Grow the community
- Launch a new premium product into a competitive and price-sensitive environment

Proposition, purpose & messaging
Honey defined the project purpose, proposition, positioning, and message house that would inform audiences across all touchpoints.

Key messages
“Take a Bite out of Poverty” & “Pay Farmers a Living Wage”.
Using the #RadicalEquality Brand Book concise and compelling copy was written for the first consumer touchpoint, a pre-order registration website designed to secure sales, and build an email database for launch and future marketing.

The messaging then informed a script for the explainer and social videos.

Honey’s messaging then influenced and inspired the packaging and social channels.

Landing page and ecommerce
One week prior to launch the landing page became an ecommerce platform and continued to collect data.

FairChain commissioned a series of blog posts, which Honey wrote, which were adapted for  email marketing and to assist website SEO.

Influencers
16 influencers were engaged, in return for free chocolate, with a reach of 546,000.

Content creation
We created content in the form of video, photography and stories to promote the #RadicalEquality campaign messages, video content and social posts, and a bank of social ads to target interested consumer groups.

We engaged with social good and food macro and micro influencers through outreach and product samples to reach a wider audience. In the absence of a budget for influencers, we created an influencer pack and reached out to dozens of influencers with a sample and tailored message.

PR
Honey created a digital press kit, story angles and secured, through media outreach, coverage and a series of interviews, about the campaign, its objectives and the product quality.

Honey sent out a series of press releases and media alerts to relevant trade and consumer media during the campaign period.  Honey set up interviews for FairChain Foundation founder Guido van Staveren.

Farmers received 4,346 new trees to provide future income. Each tree produces cocoa worth £19 to the farmer; £82,574. Each tree will absorb and store carbon dioxide to help combat climate change.

All farmers were paid a higher than market price for the cocoa used to produce The Other Bar; an extra £1.1 per kg above the $4.2 per kg living wage requested by the farmers association.

In less than four weeks we secured 16 influencer collaborations with a reach of 546,000, which gained 685 new followers.

The landing page recorded 500 registrations in one week before it converted to the e-commerce site.

Video for The Other Bar 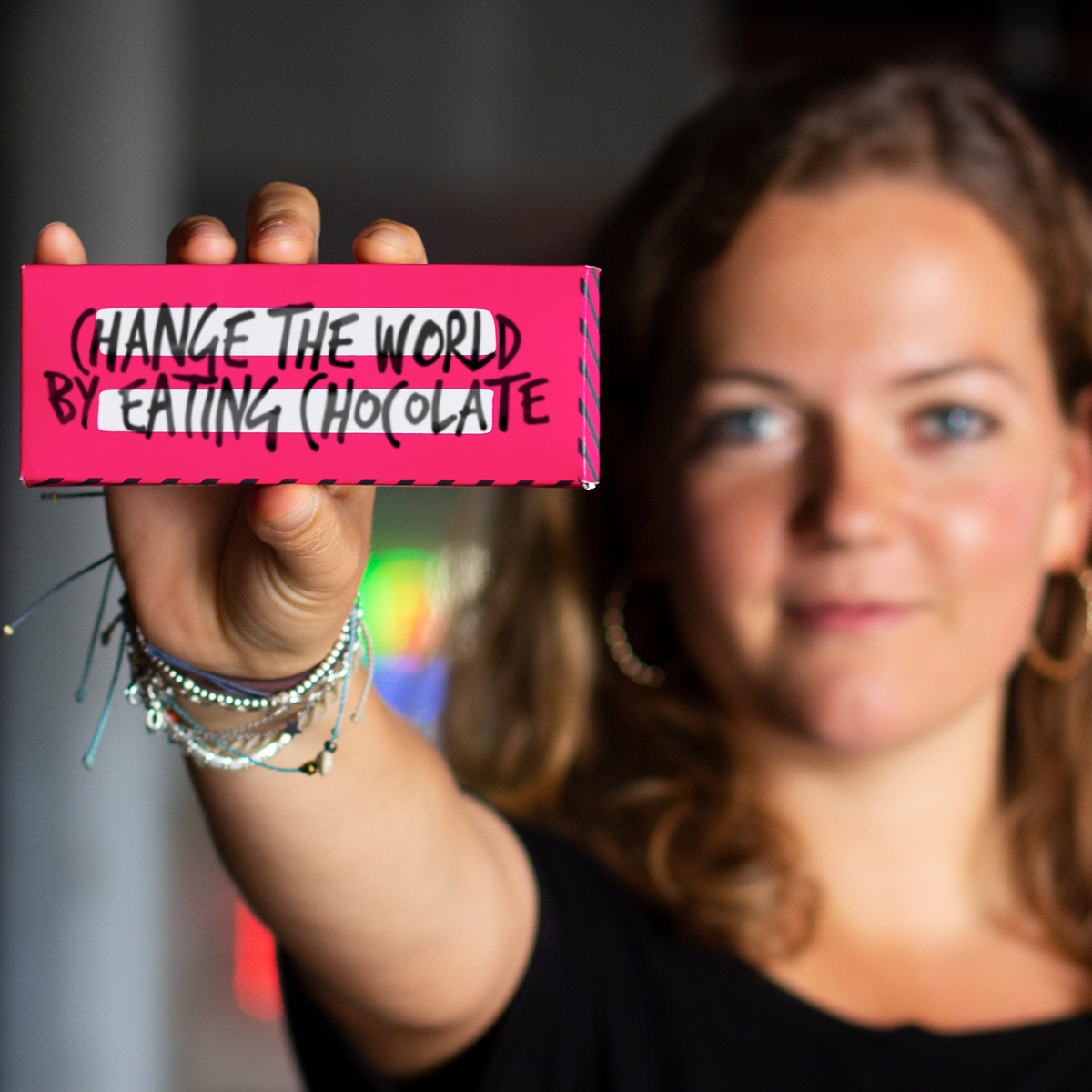