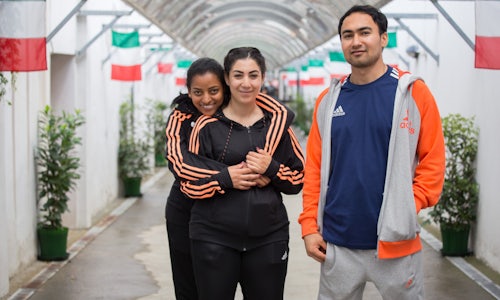 The Olympic Channel's 2020 original series and social media campaign for Taking Refuge features the story of three-time Olympic gold medallist Niccolo Campriani mentoring three refugees on a brave journey to qualify for the next Olympic Games in the Air Rifle event. Back in 2018, Niccolo expressed the idea of his project with the Olympic Channel, and six months later we were filming the selection day in Lausanne with Nicco and a group of volunteers.

Nicco’s project immediately made sense for the channel to document as it is so close to the values at the core of the Olympics and also represented a unique chance to capture athletes in the making as well as demonstrate the power of sport in changing lives. As an Olympian and former athlete, Nicco’s project embodies the values of the Olympic Movement. Thereof the goal of the campaign was also to pay tribute to those amazing Olympic athletes sharing their expertise and know-how to inspire others and try to build a better world around them.

The social campaign hinged on emotion took place the week before the United Nations International Refugee Day on June 15th, 2020 with a view to sensitize the wider audience to the cause and situation of refugees wherever they are in UNHCR managed camps, on the road, or at sea or on the corner down your street with a view also to transform the way we see refugees.

Taking Refuge is a five-part series that counts chronologically the selection, training, and evolution of Khaoula, Luna, and Mahdi - three refugees living in Lausanne - into athletes and Olympic hopefuls. As we announced the production of the series back in July 2019 by releasing the first trailer we immediately got a lot of interest in the project, not only in Italy where Nicco is originated but also in the US, in Europe, and in India.

As we released all episodes together as an open-ended series, we designed several social assets to engage the audience in this journey. A strong series trailer to establish the story of Nicco and his project as well as the challenge he had set for himself: select, train and lead a team of hopefuls to the Olympic games in 500 days. A set of character profiles that feature each character with his/her background story and hope for the future and five short social clips highlighting the full arch of the series to engage and drag people back into the story each day during the week of the release. We also complemented the release strategy with portraits and quote graphics with a view to knitting in their sports journey with their progressive integration in their community also with a view to participating in the global conversation on International Refuge Day.

We collaborated with the International Olympic Committee, Olympic Solidarity, and the Olympic Refuge Foundation with a view to amplify the Refugee Olympic team initiative. We also partnered with Eurosport/Discovery, one of the broadcasting partners of the Olympic Channel to deploy an editorial based campaign.

The teamwork on the production and the release was a unique chance to feature the power of sport at the time where the refugee crisis is impacting everybody’s life and truly individual response to a human tragedy. We also decided to release the series in the middle of the COVID-19 pandemic with a truly open ending when the International Olympic Committee decided to post-pone the Tokyo 2020 Olympic games. It was both a choice from the channel to try to bring in hope in those troubled times as well as a pragmatic decision to try to cope with the reality of the dream of the team to participate in the Olympic games being delayed.

Finally, we hope that by bringing this story down into the social feeds and hands of young sports enthusiasts, this social content and the series are in effect changing the way we look at others and inspiring the next generation to do better in integrating and accepting diversity as a chance rather than a risk or a threat.

The goal to showcase the power of sport in integrating, celebrating diversity and athletes in the making as well as sharing Olympic values and inform viewers of the refugee conditions has seen a strong engagement across the Taking Refuge Social Series campaign.

On top of the organic reach at series launch mid-June, we partnered with Eurosport/Discovery to build an additional push in July and August 2020. Consisting of five newly repurposed assets posted in several languages to best fit their European pages. The most performing countries in impressions and views were Spain and France with Italy coming quickly behind on the podium.

The 11M impressions across the campaign prove that the intended goal of celebrating integration through sport landed with the continuous challenge to inform on the condition of refugees in Europe. 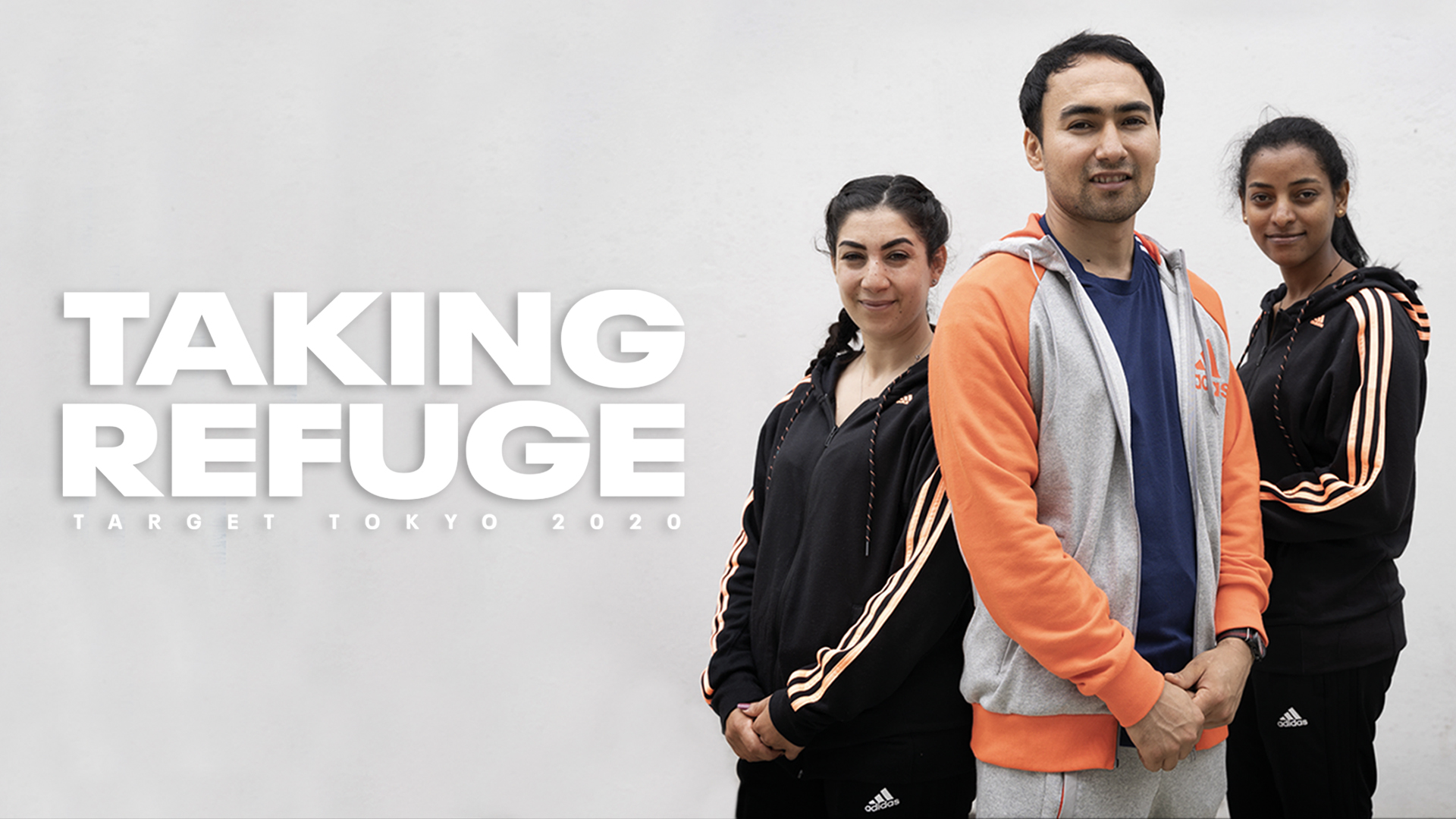 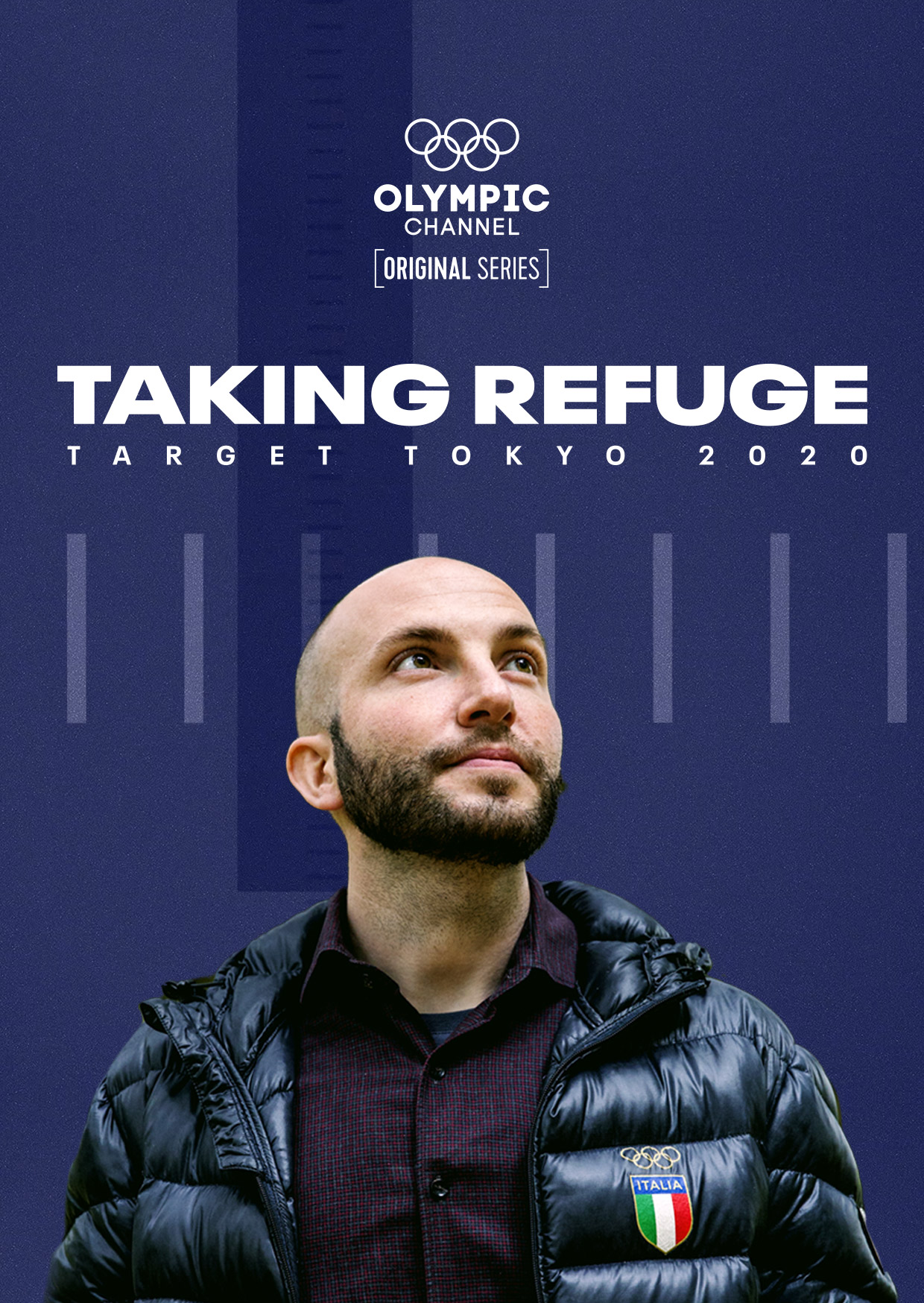 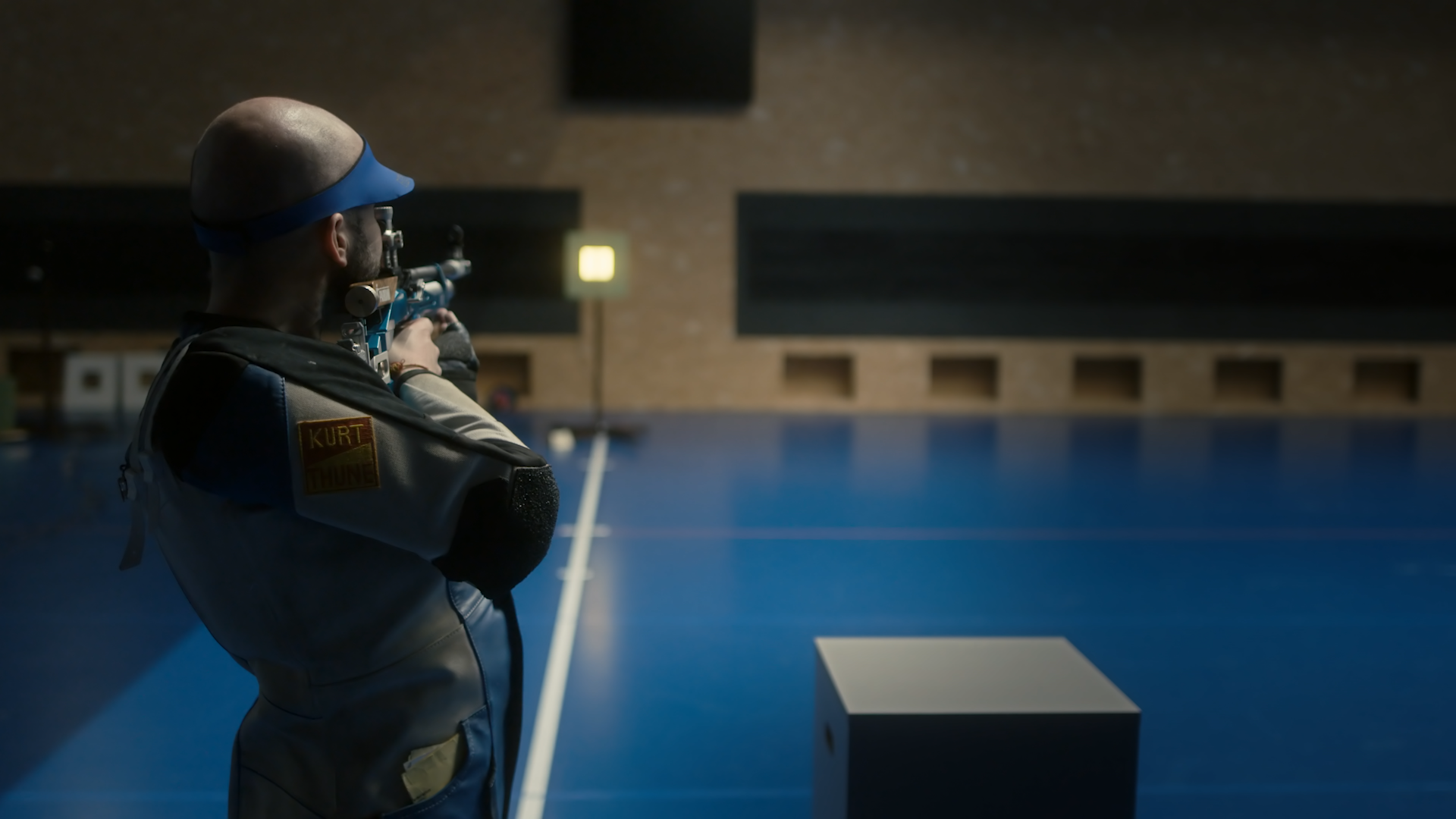 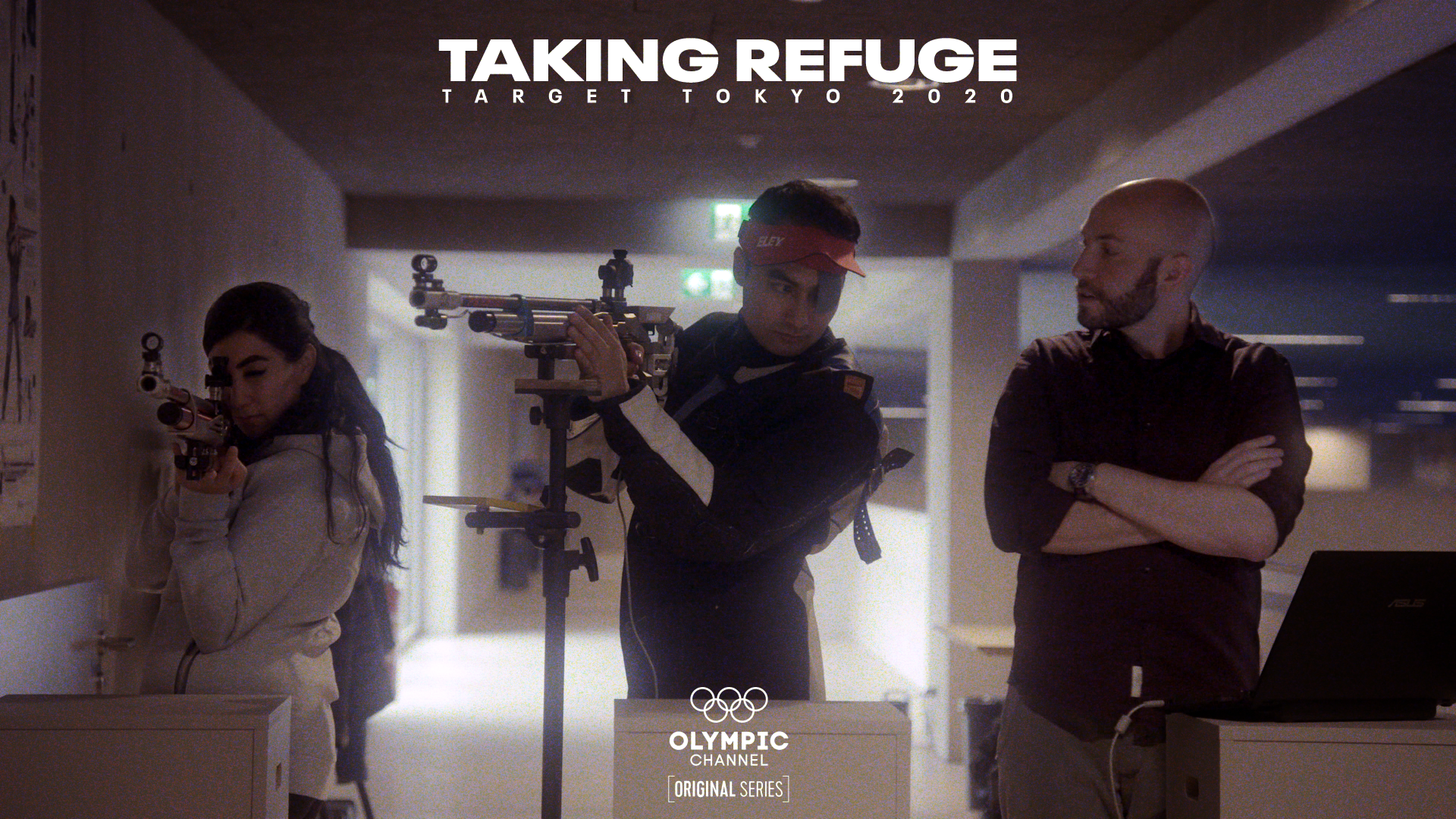 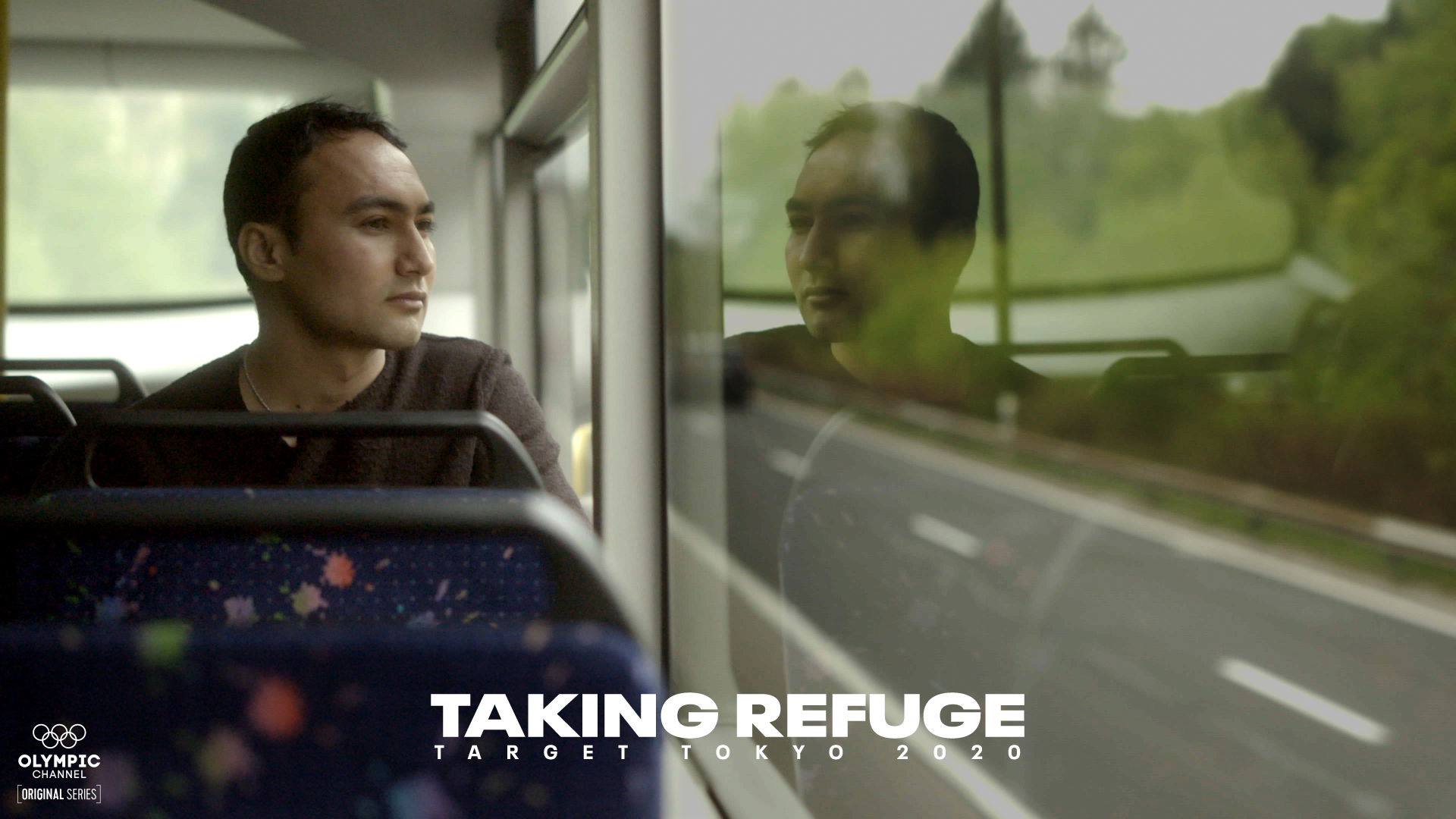 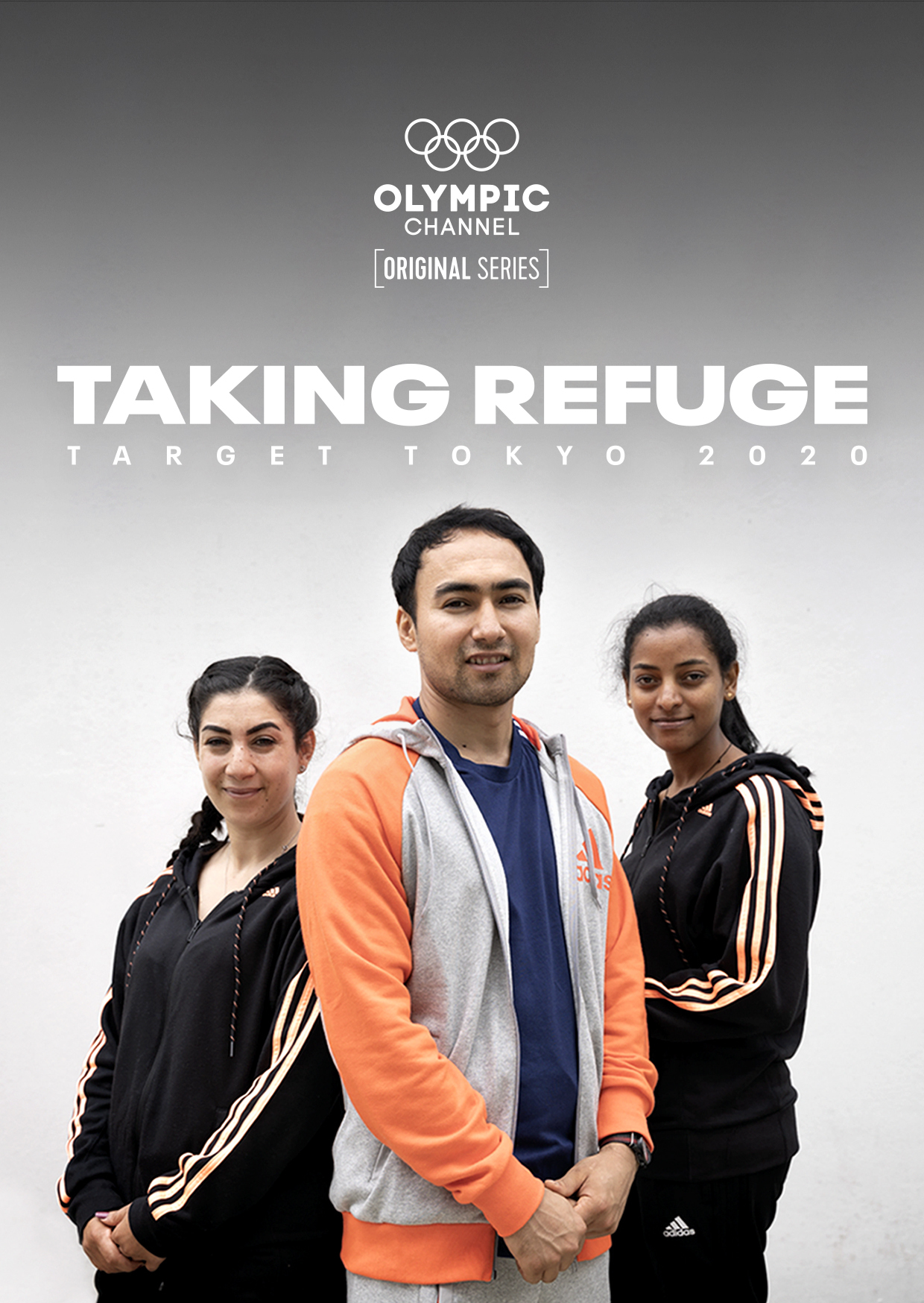 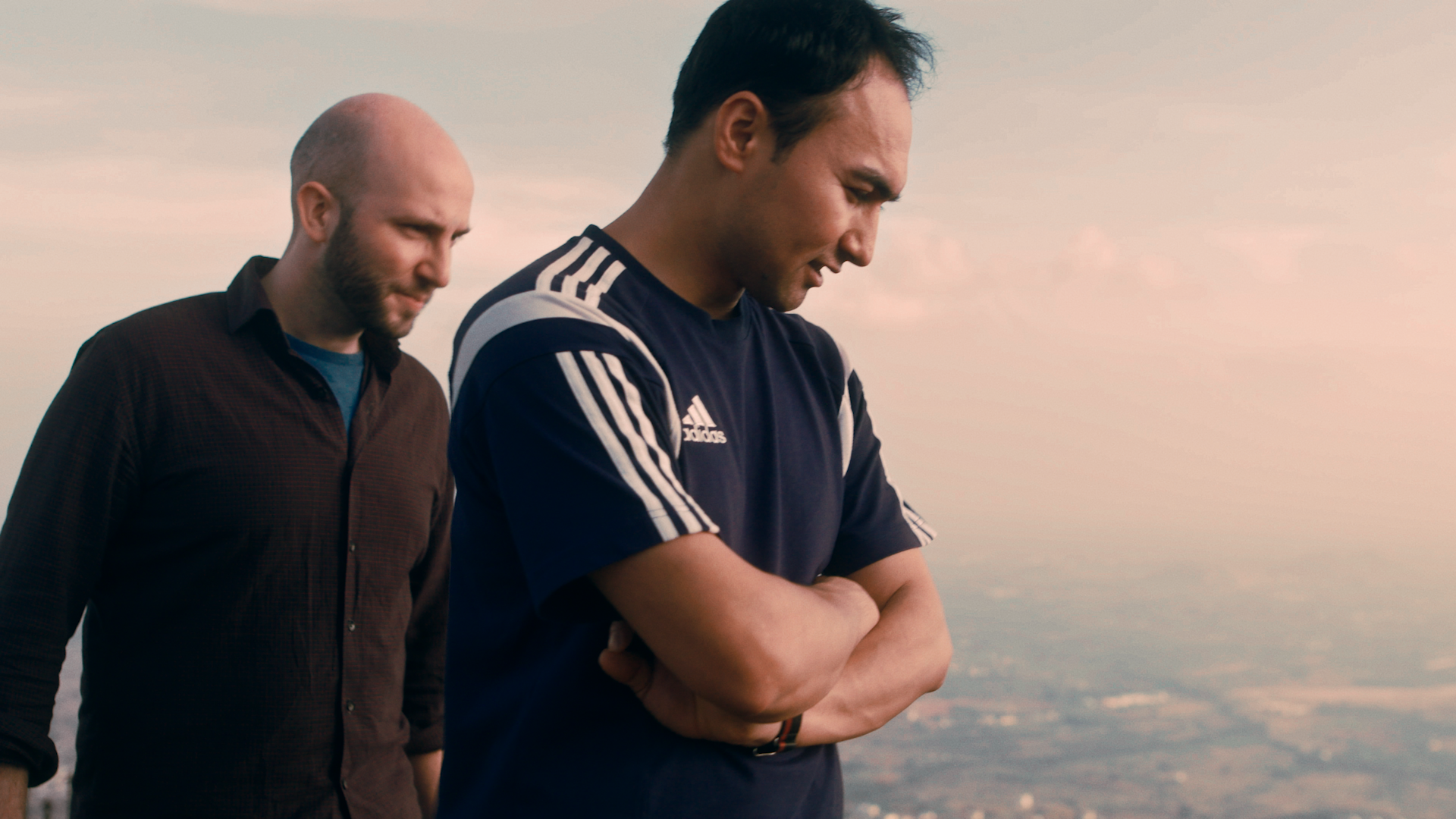 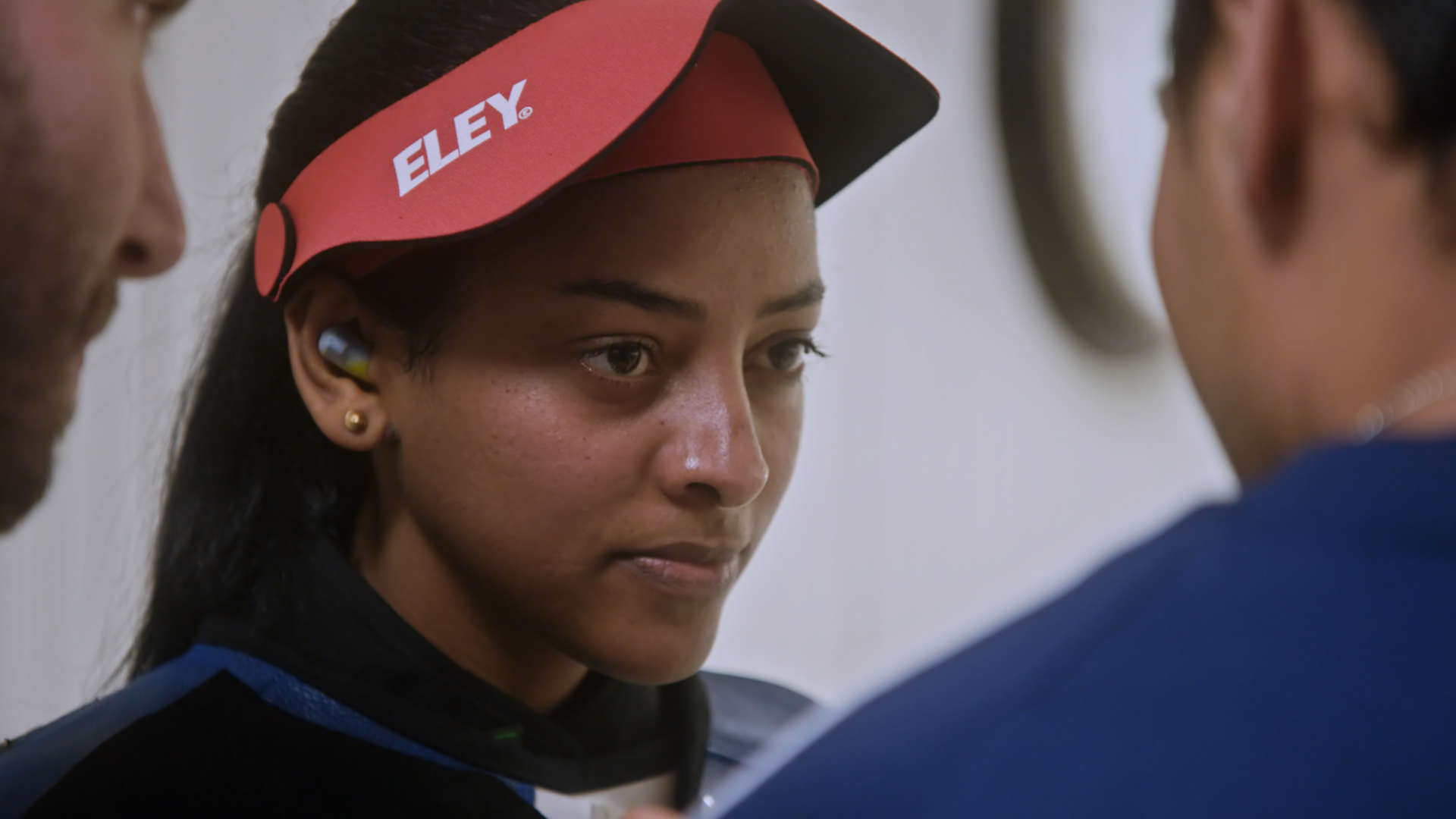 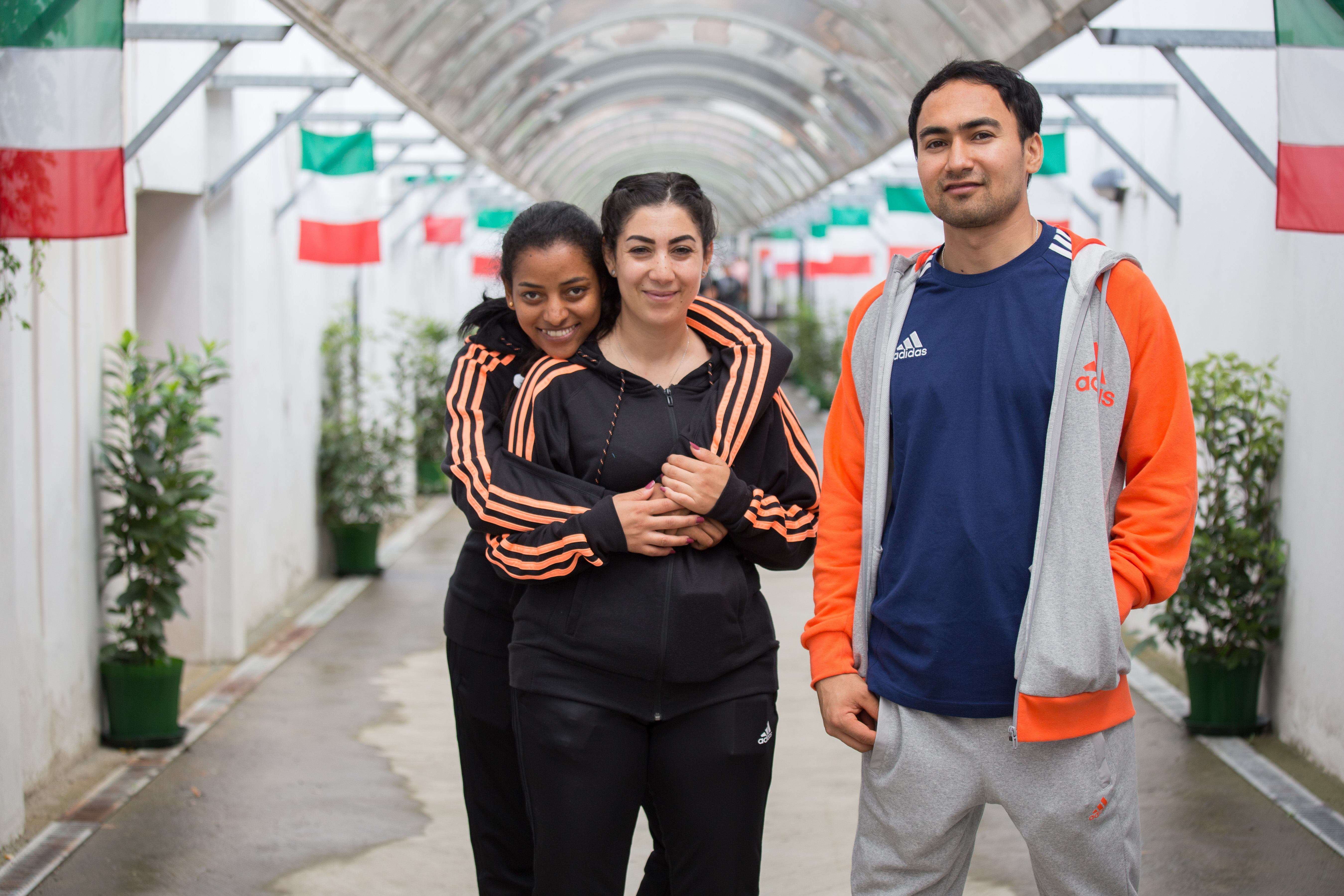 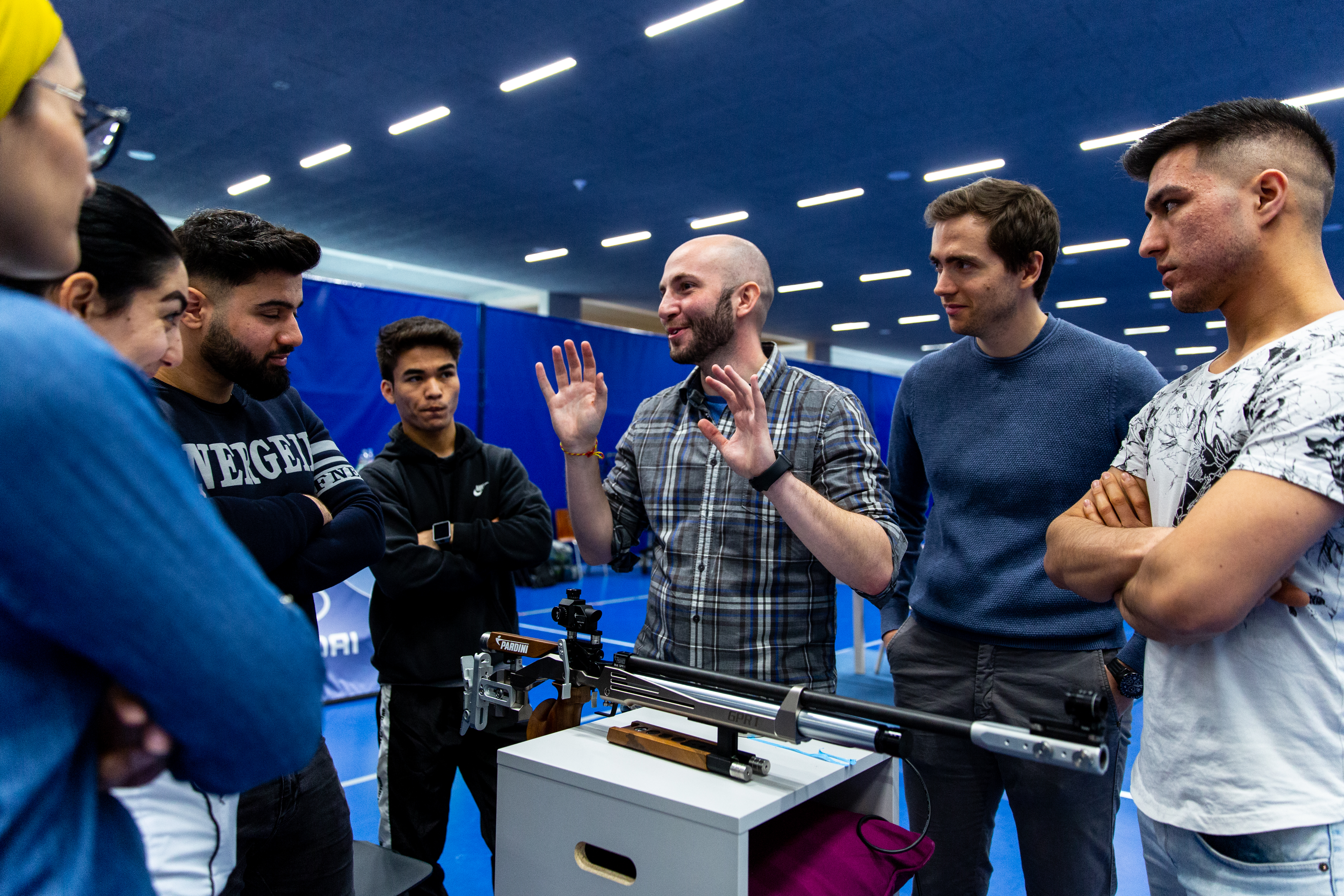