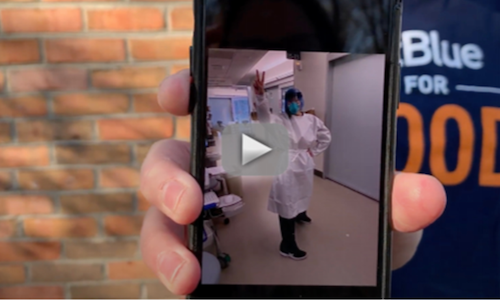 Objective: Win the hearts and minds of healthcare workers (and their loved ones) by amplifying JetBlue’s commitment to this community throughout the crisis, especially in our NYC hometown.

Goal #1 (Brand Performance): Increase First Choice, the best predictor of future market share, by 15%.  First Choice is the recommended key brand metric that best represents the overall performance of the JetBlue brand. It shows which airlines customers and non-customers are more likely to choose as their first choice to fly with.

Our healthcare workers and first responders make up the frontline of the fight against COVID-19, working around the clock to protect our communities.  In keeping with JetBlue’s mission to inspire humanity, we believed these heroes deserved a well-earned vacation when the time was right.

JetBlue gave 100,000 healthcare workers two free roundtrip flights that they could use from July 2020 to June 2021 to take the trip they deserve.  We called on the public to nominate the healthcare hero in their life at jetblue.com/healthcarehero.

The promotion launched on May 6 to align with National Nurses Day and National Hospitals Week, and ran through May 15. We kicked this off in our hometown of NYC, also the epicenter of COVID-19 at the time, by providing the first 10,000 pairs of roundtrip flights to Mount Sinai Hospital System and NYC Health + Hospitals employees.

To create public awareness of the initiative and drive nominations, we created a video asset that was launched nationally across paid, owned and earned channels. The video conveyed the public’s gratitude for healthcare workers through footage of the 7PM clap in communities across NYC, and then brought it closer to home with JetBlue Crewmembers thanking the healthcare workers in their lives.  The video closed with JetBlue Crewmembers calling on the public to nominate their own healthcare hero for a well-deserved trip on JetBlue. Due to health protocols, we took a unique approach by having JetBlue Crewmembers shooting a lot of the content on their own devices, at home and in the airport.

To reach local and national attention we issued a press release and pitched to news, travel & lifestyle media outlets. New York Governor Andrew Cuomo included a slide on the promotion in his daily COVID-19 briefing which garnered a lot of media pick-up.

We called on our customers to nominate by sharing the video in an e-mail from our COO and President on May 6, and it lived on other owned channels such as the JetBlue.com homepage and airport informational screens for the duration of the program.

To further spread the love we tapped into the amplifying power of social, the video was promoted via a $100,000 paid media plan across Twitter, Facebook and Instagram.

Messaging drove to a sweepstakes landing page where the entrant could nominate a healthcare worker, public health worker, or first responder who actively served on the frontlines of the COVID-19 response. Following the conclusion of the promotion, potential Grand Prize winners were selected via a random drawing from among all eligible entries received and were required to submit an online Eligibility Verification form and provide a copy of healthcare or first responder employer-issued I.D. to claim their prize.

And the love continuous to spread: now that all prizing has been delivered and the winning healthcare workers are beginning to travel, we’ve been able to further extend the story through UGC that healthcare heroes are posting of their prize and / or the trip they have booked on JetBlue.

The JetBlue Healthcare Heroes promotion exceeded our expectations across owned, paid and earned channels. It was amongst our top performing campaigns ever tested, raising Overall Non-Customer First Choice, the best predictor for future market share changes, by +26% -- well beyond our 15% KPI.

We achieved almost 400,000 nominations (2.3x more than forecasted) via the sweepstakes landing page throughout the 10-day promotion cycle.

Through engagement and conversion tactics across Facebook, Instagram and Twitter we delivered 19.4MM paid media impressions (2.2x more than forecasted). Our boosted video content drove strong engagement and played a key role in reaching over 6.6 million videos views. Furthermore, we have received dozens of direct messages through social media, e-mail and our Customer Support channels from healthcare heroes (and their family & friends) thanking JetBlue for the opportunity to take a trip and / or for honoring this community. See examples below. 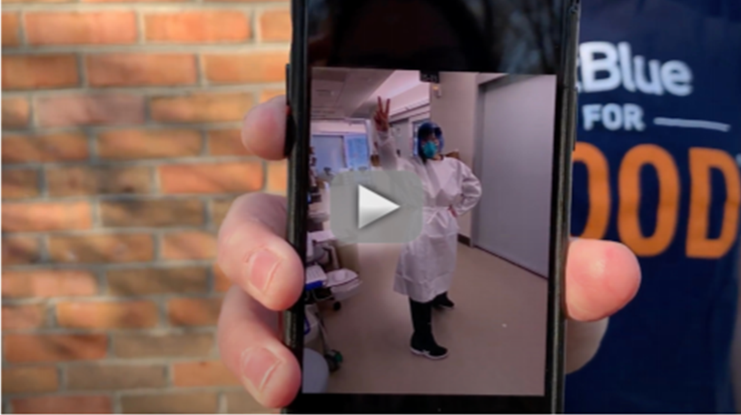 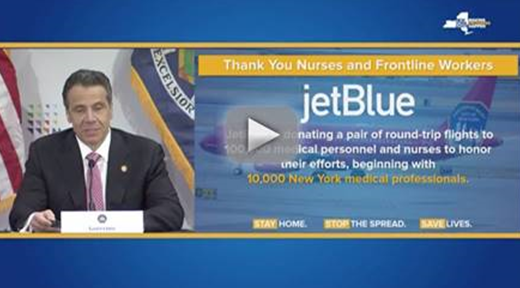 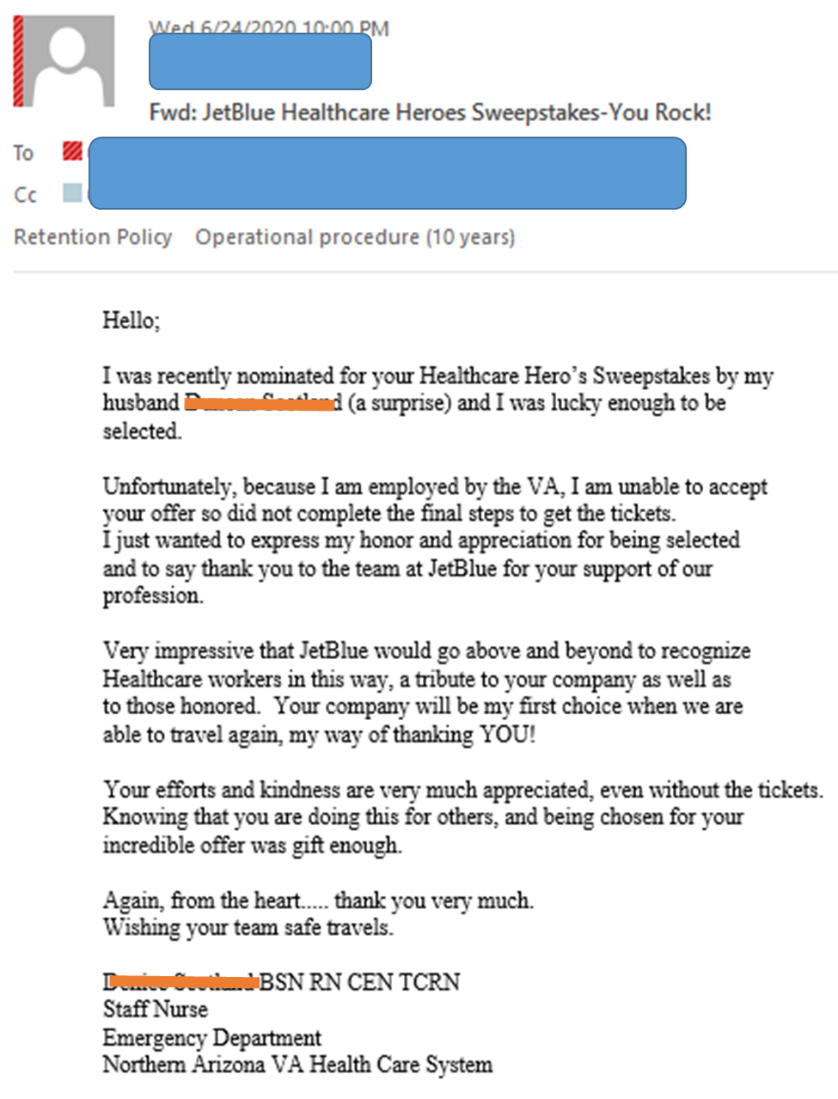