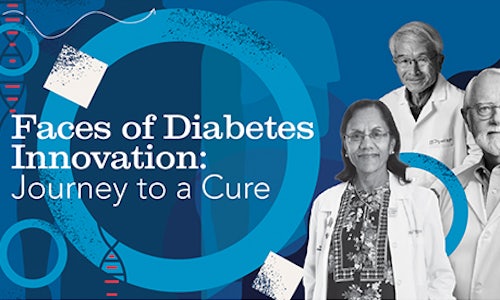 City of Hope and the Faces of Diabetes Innovation: Journey to a Cure

City of Hope is a nationally renowned center for cancer research and care; however few people knew about its long legacy in diabetes research and advancements. More than 40 years ago in 1978, Drs. Arthur Riggs and Keiichi Itakura developed the technology to make synthetic human insulin, which remains the standard of care for millions living with diabetes worldwide.

City of Hope has one of the most active diabetes research programs in the world, yet the institution is better known as one of the nation's leading cancer hospitals and not fully recognized for the more than 40 years of scientific contributions that have revolutionized our understanding and treatment of this disease. Today, scientists are exploring exciting research in cell transplantation, gene regulation, immune tolerance and a new understanding of diabetes as a complex, multifaceted disease.

City of Hope charged W2O with increasing awareness and enhancing the reputation of its Diabetes and Metabolism Research Institute to support its ongoing goal of attracting financial donations for research. Since the Institute primarily focused on research, City of Hope initially had few relationships with diabetes patient advocacy groups. It became critically important to strengthen the existing relationships and develop new ones as they were vital for engaging the patient community in conversations around diabetes innovation.

Our objective was to increase awareness and enhance the reputation of City of Hope’s Diabetes and Metabolism Research Institute to:

“Faces of Diabetes Innovation: Journey to a Cure” was a pilot content marketing initiative, which launch in November 2019 around National Diabetes Awareness Month and World Diabetes Day (November 14), to elevate the people behind diabetes innovation and today’s journey towards a cure. This campaign featured fresh content for people with diabetes and their caregivers, and culminated with an engaging Facebook livestreamed discussion with key diabetes trailblazers.

Our strategy:
Work with City of Hope to showcase its research contributions to diabetes innovation and the journey towards a cure

We developed original online content, which was amplified across PESO channels:

Video for City of Hope and the Faces of Diabetes Innovation: Journey to a Cure 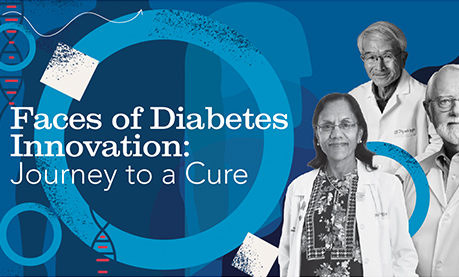