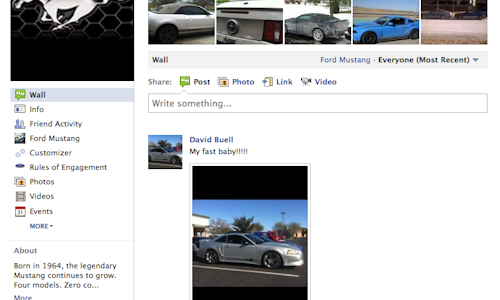 In November 2011, in honor of the highly anticipated debut of the never-before-seen 2013 Ford Mustang, Ford and Team Detroit turned to Facebook with the hope to generate increased buzz and excitement for the release. In collaboration with Team Detroit and Buddy Media, Ford developed a Facebook experience teasing fans to unlock four exclusive photos of the new automobile. For every five thousand shares of the campaign, one image would be revealed. Ford fans were more than game – within five days, the campaign had received over 13,000 shares! Ford’s campaign launched on November 11, 2011. In addition to their more than 13,000 shares, the Ford Mustang tab was viewed over 150,000 times. Additionally, the wall posts relating to the reveal had over 2.4 million impressions on Facebook. 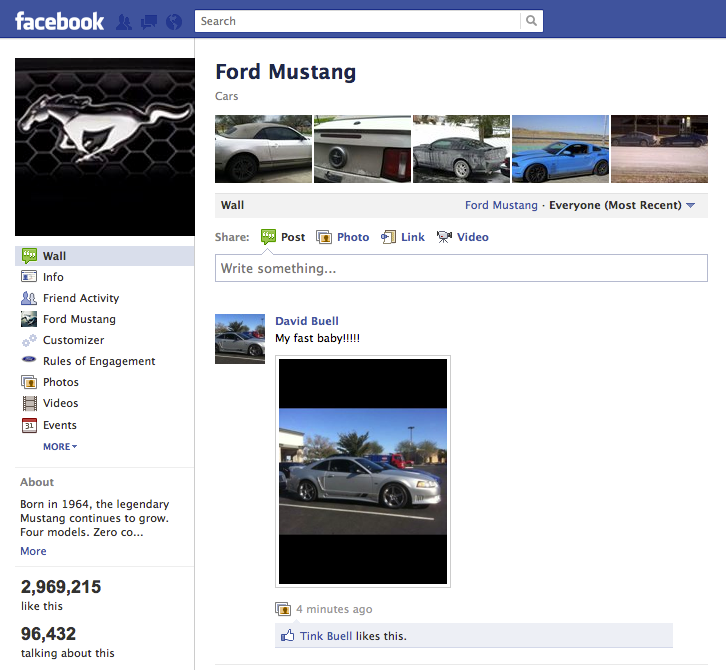