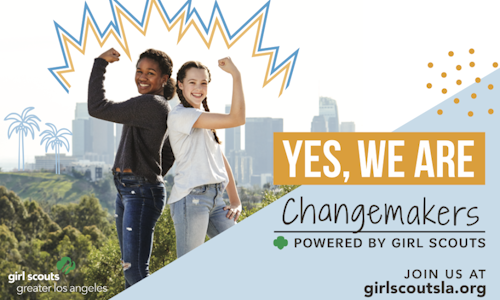 Within the vibrant and diverse cultural tapestry of Los Angeles are the entrepreneurs, trailblazers, and leaders of tomorrow: they are the Girl Scouts of Greater Los Angeles. The Yes, I Am campaign is a message to young girls that we see and believe in their boundless potential. And it is a message to all of Los Angeles – and to the world – that girls possess the power, the skills, the creativity, and the courage to make the world a better place. Celebrating the rich cultural diversity of Los Angeles and its remarkable Girl Scouts, the campaign spotlights these young trailblazers and tells the story of not only who a Girl Scout is today but who she will be tomorrow. By featuring real Girl Scouts from throughout the Los Angeles area in the campaign creative, along with female influencers who were Girl Scouts and/or embody the ethos of the Girl Scouts, the Yes, I Am campaign seeks to inspire and unlock the world-changing power of every young girl. Through photo and video assets shared both digitally and out-of-home, the campaign celebrates diversity and representation by sharing stories of female empowerment and aspiration throughout the Greater Los Angeles area.

Our Yes, I Am campaign employed a multi-pronged strategy designed to amplify its powerful message surrounding the potential of our young girls and connect with a diverse and representative audience. We created photo and video assets with the goal of not only launching an exciting and engaging campaign but also creating an evergreen strategy that could grow with the Girl Scouts of Greater Los Angeles. We utilized individual portraits to exemplify each girls’ unique qualities and bold, magnetic personalities. Additionally, through group shots, we emphasized the supportive community that Girl Scouts inspires and the power of girls banding together. Then, we designed the assets based on our research of what resonates with each community. Our research revealed certain neighborhoods preferred individuals being spotlighted while others responded better to girls being featured in a group. These assets have been distributed through a traditional out-of-home campaign (i.e. billboards, street furniture ads, print material published in magazines, etc.), as well as across digital media channels (website, media banners, Facebook, Instagram, Snapchat, YouTube). To embody the campaign’s goal of inclusivity, the strategy takes a dual approach to distribution: wide-reaching blanket distribution coupled with a geo-targeted, community-focused strategy. The choice of creative and language was selectively curated to authentically reflect and connect with the population of each target region. Through our multi-pronged strategy, we’ve been able to reach an inclusive cross-section of Angelenos.

To promote the Girl Scouts of Greater Los Angeles’ (GSGLA) Yes, I Am campaign, Propper Daley tested photo assets and the teaser video on Facebook, Instagram, Snapchat, and YouTube to optimize the digital media strategy during the month of August, the first month of the campaign. After testing the content, Propper Daley re-promoted the highest performing segments on Facebook and Snapchat. As a result, the campaign yielded 3,480,132 total impressions, 410,841 total video views and 39,133 total clicks as of the end of August. The highest-performing segment was Segment 2 (African American), achieving GSGLA’s goal of reaching a more diverse demographic than they previously had before the launch of the campaign. Snapchat videos, which targeted girls in the Greater Los Angeles region, garnered the highest click count for a total of 29,357 clicks, achieving yet another goal of GSGLA’s to reach middle school girls in the greater Los Angeles area on a platform that they most use. Because the campaign is still live, we are scheduled to launch one last element that will build upon the multi-dimensionality of the Girl Scouts of Greater Los Angeles. In October, we'll be releasing theYes, We Are Art video featuring the making of an original art piece to tell the story of how a local artist (who is a former Girl Scout herself) reimagined the Girl Scouts logo to truly represent the aesthetic traits from each of the diverse neighborhoods of Los Angeles. This video can be found in the "Confidential Information" section.

Video for Yes, I Am 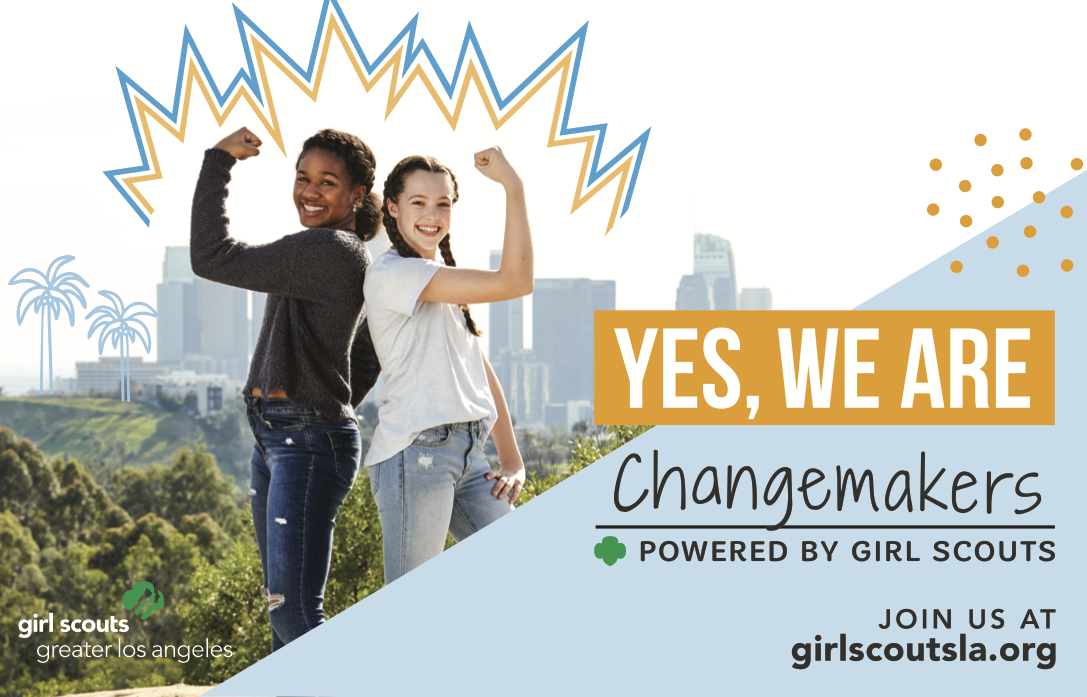 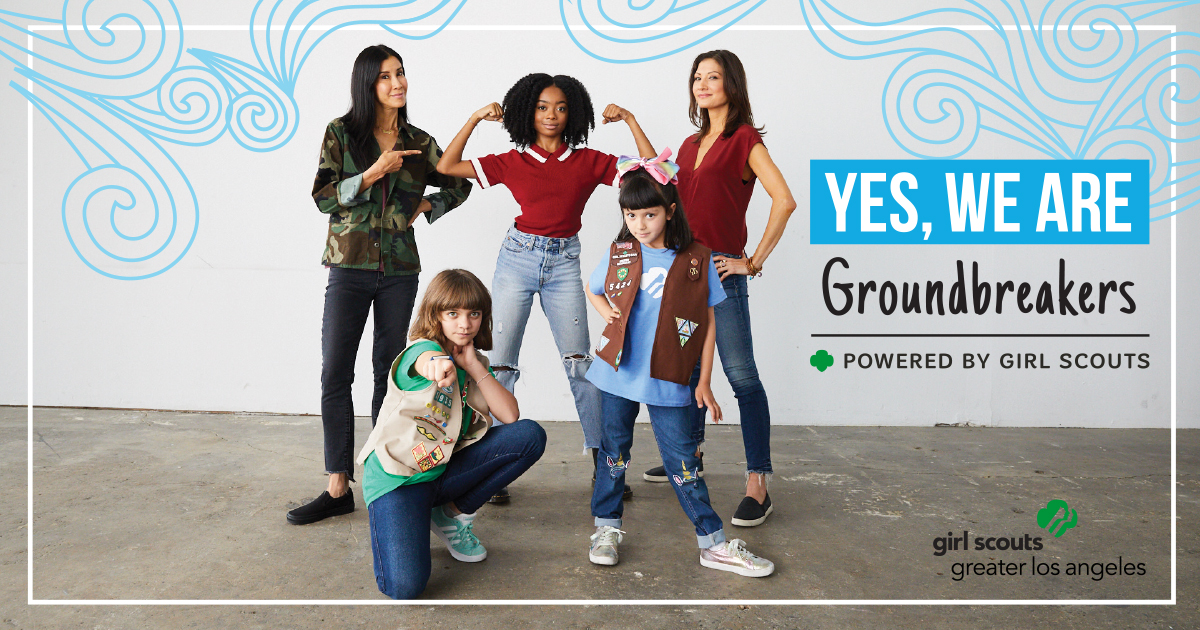 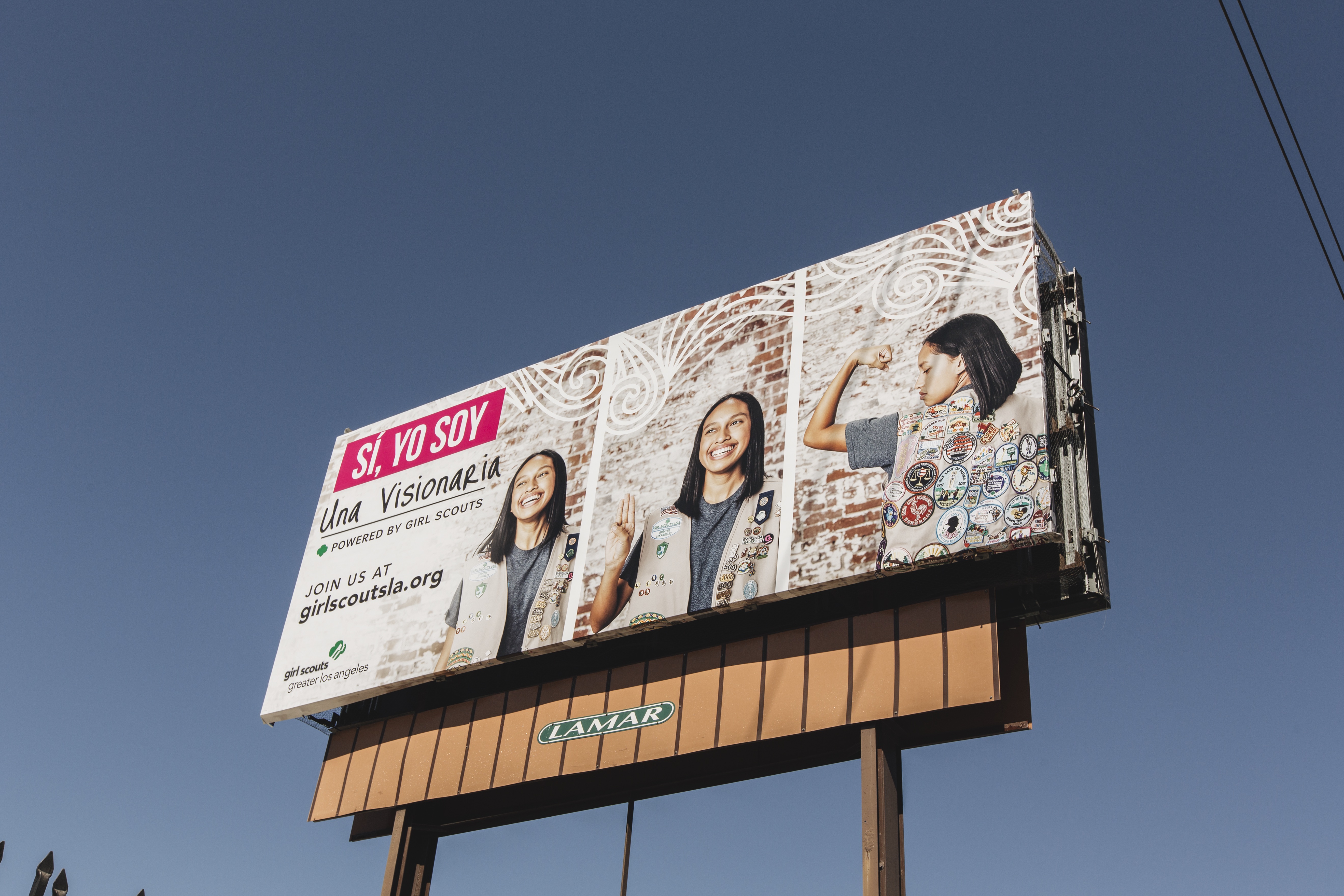 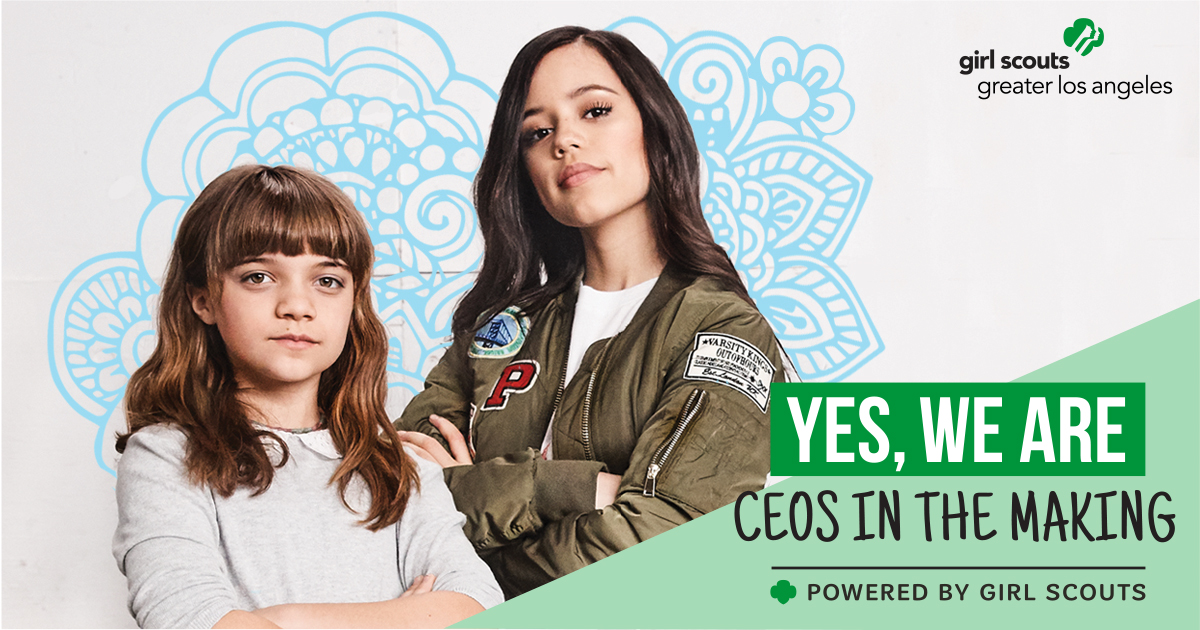 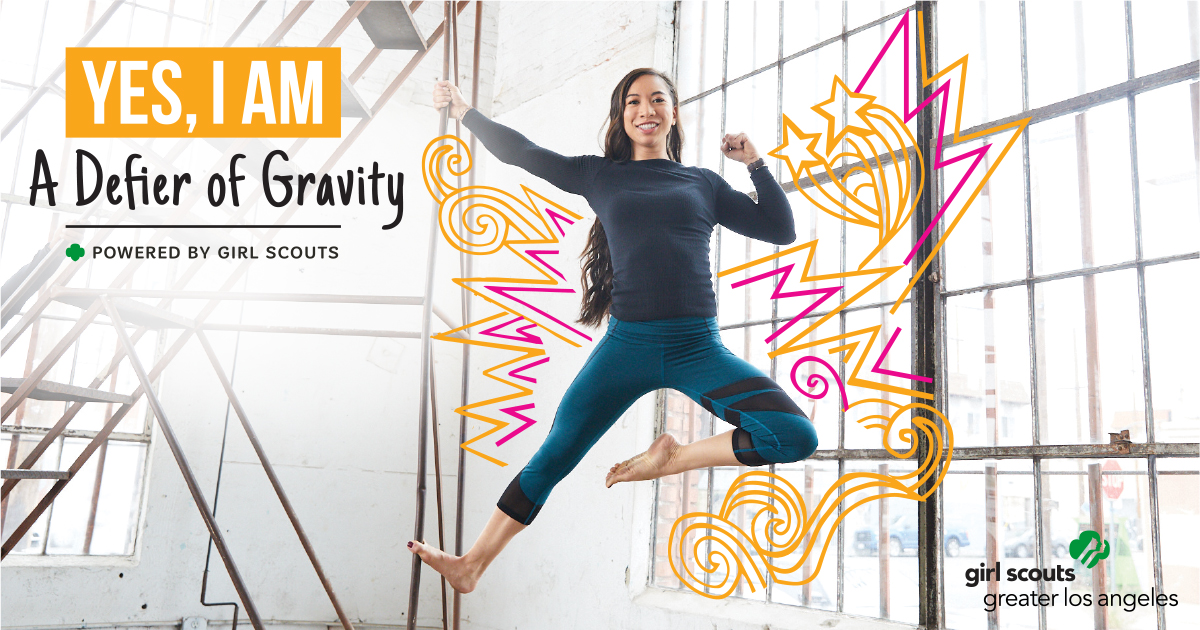 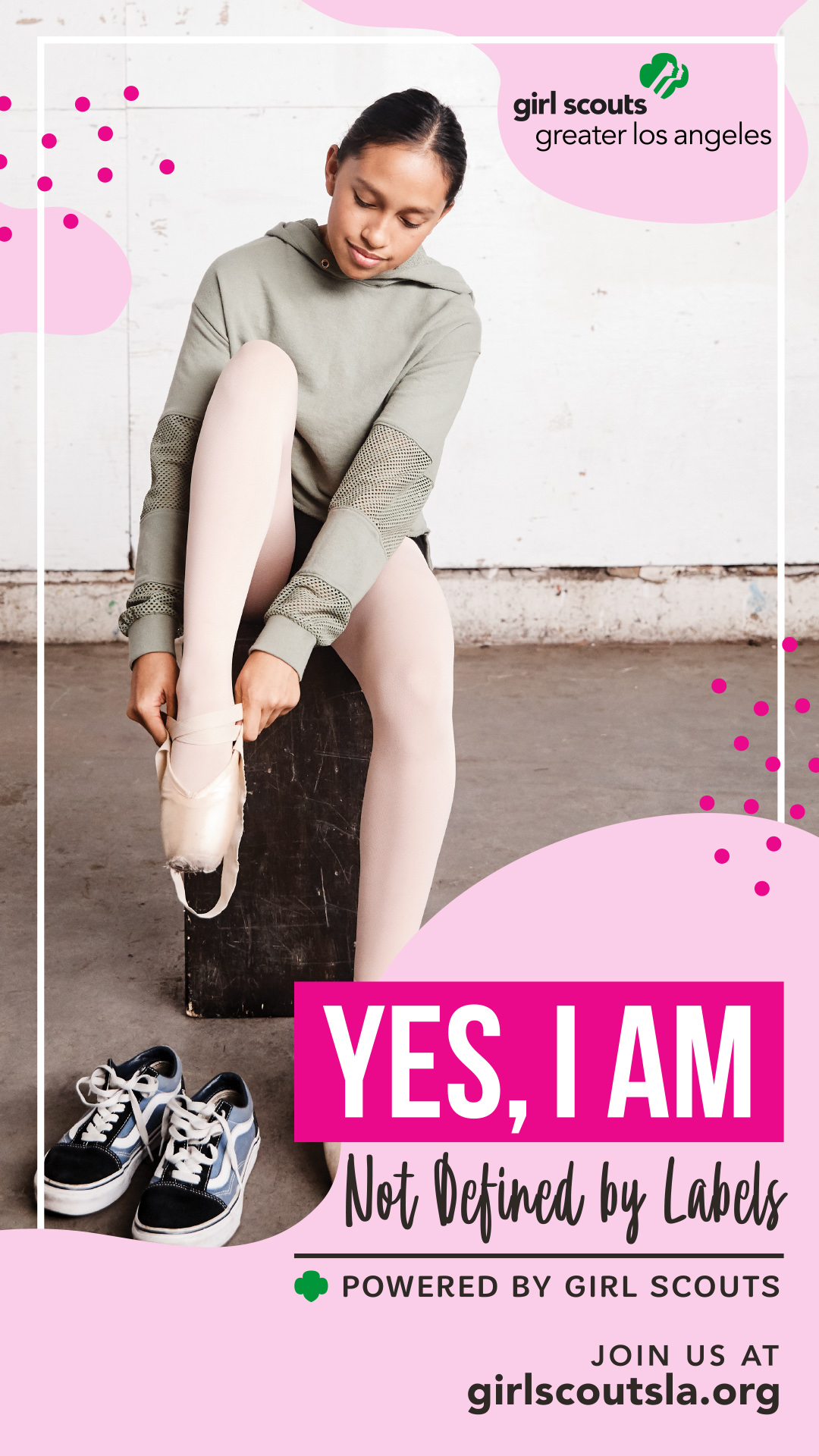 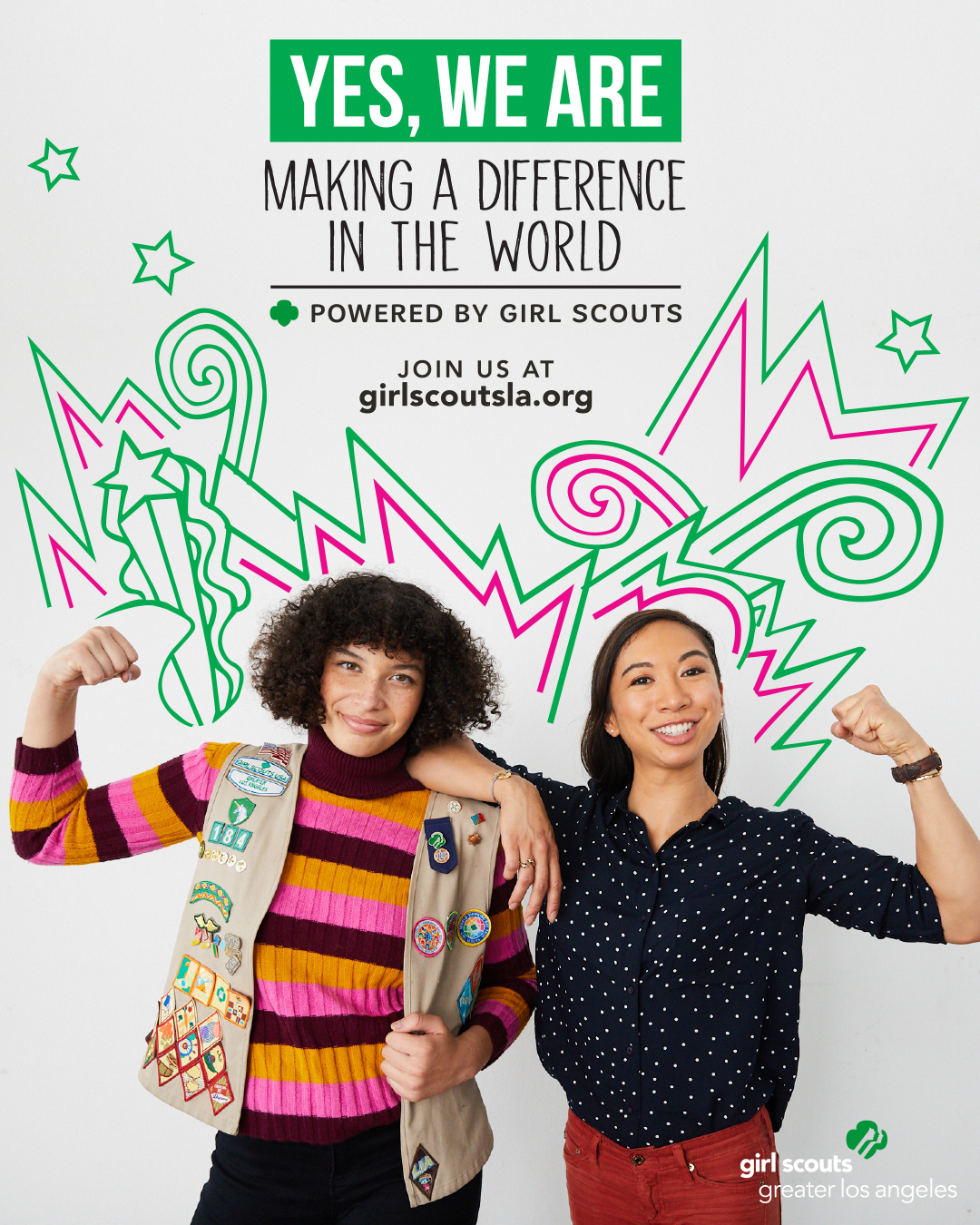 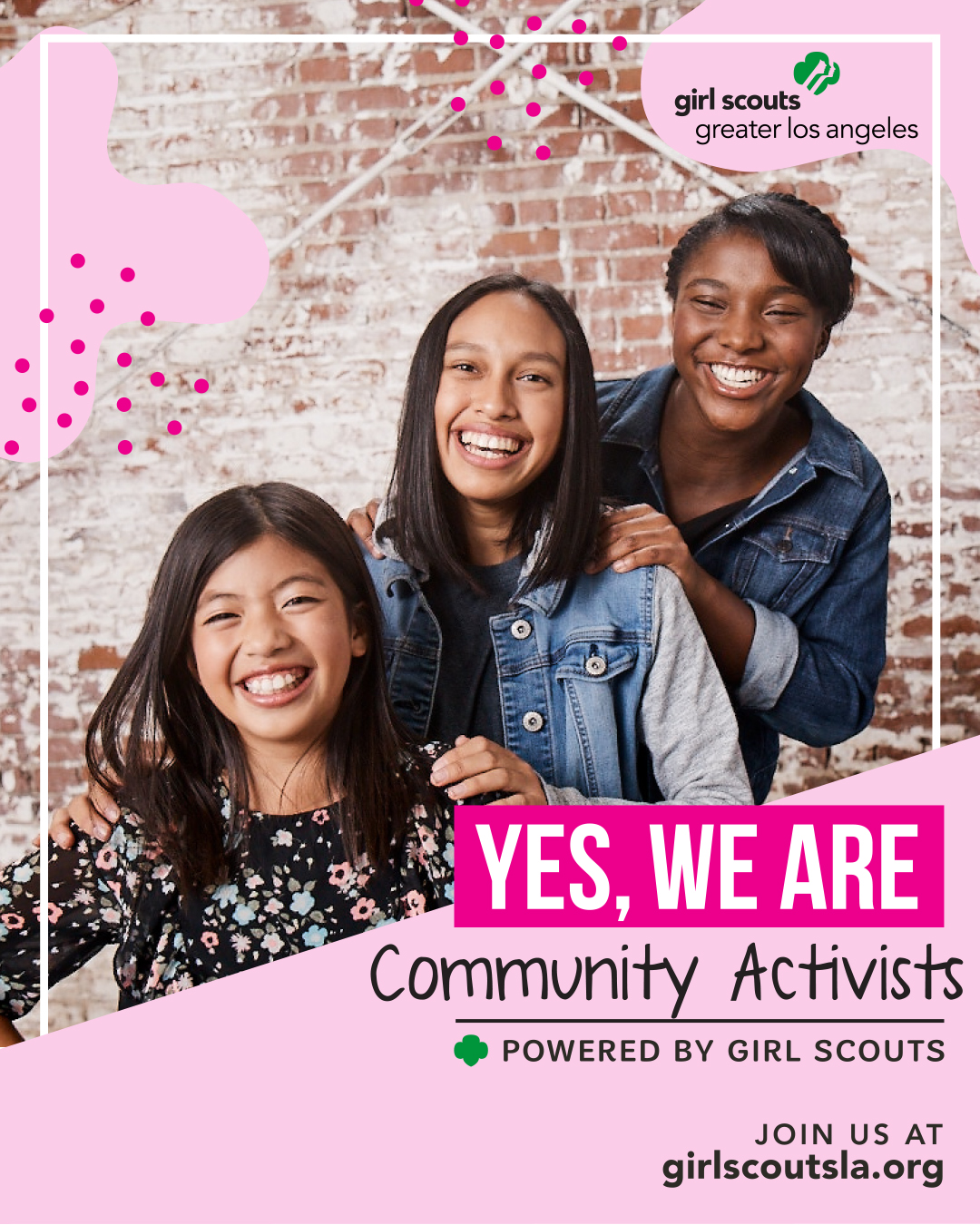 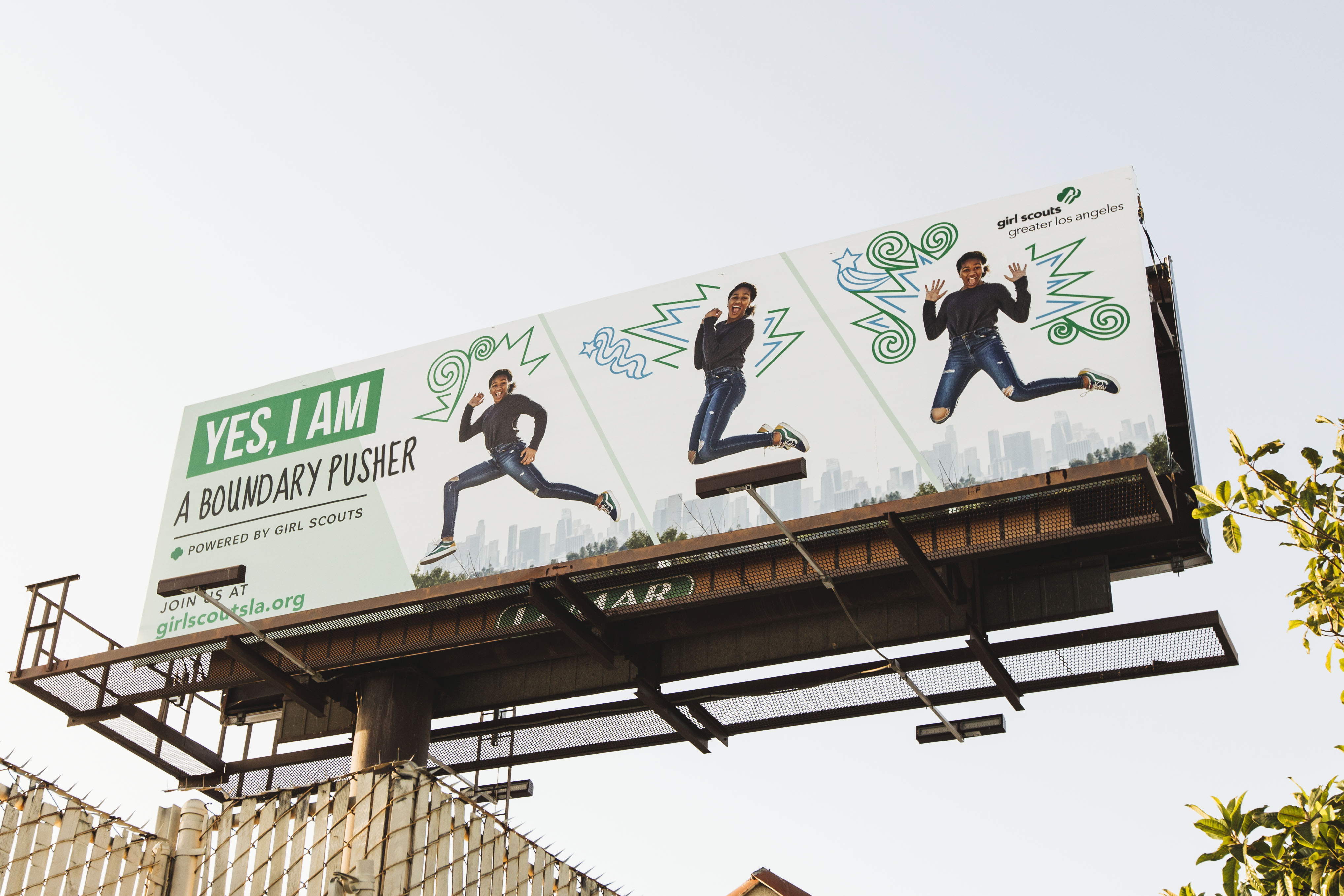 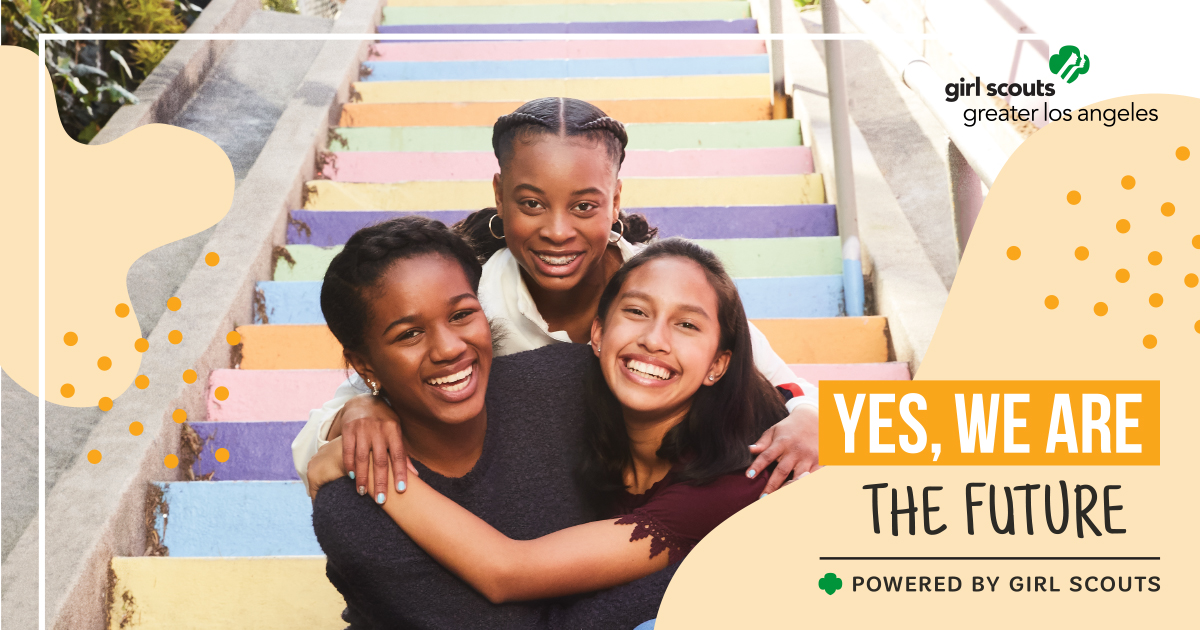 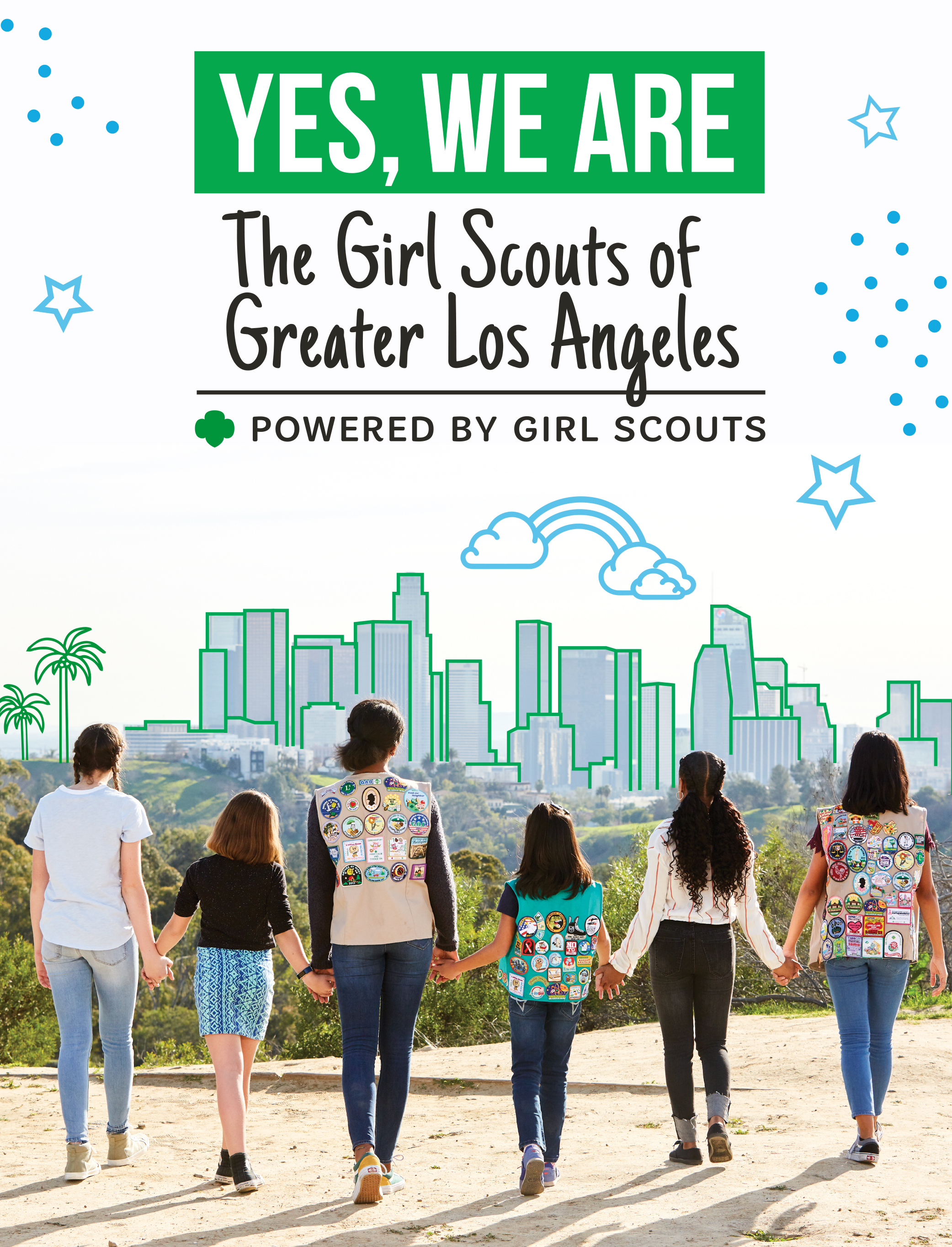