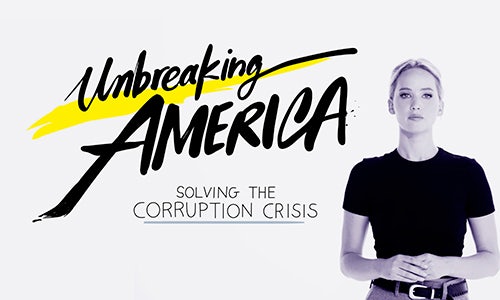 Since 2012, RepresentUs—the nation’s largest right-left anti-corruption organization—has been working to unrig the broken political system that has placed power and influence into the hands of special interests instead of the people. Laws are no longer determined by civil discourse, evidence-based policymaking, or the will of the people. Instead, they’re written by and for special-interest groups, partisan gamesmanship, and big spenders.

Through voter-driven initiatives at the state and local level, RepresentUs and its community have gone around an ineffective and gridlocked Congress to pass legislation that stops political bribery, ends secret money practices, and fixes broken elections.

In the lead up to the 2018 midterms, the organization saw an unprecedented commitment from voters to pass ballot initiatives cutting the influence of money in government, reforming election laws, and returning accountability to the people. To grow this historic grassroots momentum, RepresentUs wanted to bring more Americans into the fold, give them clarity on how corruption manifests in government and the tangible steps they can take to solve it. Studies show that when 3.5% of the population engages in sustained activism, it creates a tipping point for reform.

With “Unbreaking America,” RepresentUs aimed to create a viral moment that engaged 3.5% of all Americans -- 11 million people -- in an effort to educate and galvanize voters around fixing our broken political system.

To create a viral moment, break down the concept of corruption, and outline RepresentUs’ strategy to unrig the system, RepresentUs developed a 12-minute video, “Unbreaking America,” that served as a crash course on corruption. Enlisting RepresentUs board member and award-winning actor Jennifer Lawrence to appear alongside RepresentUs co-founder and director Josh Silver, the organization developed the video not only as a traditional celebrity PSA, but also as a master class led by an impassioned and knowledgeable expert—who just so happens to have celebrity status.

The script was developed to fully break down the issue of corruption in an engaging, educational, and accessible way. Sharing staggering facts and figures, alongside examples and appealing graphics, the short film made a compelling case for why corruption is the single most important issue of our time, why it is the reason why we are frustrated with our politics, and how we can work together—regardless of political ideology—to fix it.

Knowing that the short-attention-span on social media would be a challenge, in preparation for release, RepresentUs branded the video as a “short film.” The terminology was intentionally selected to prepare viewers to take the time and care to watch the video from start to finish.

In roll-out, RepresentUs engaged a strong PR strategy focused on getting as much play as possible, targeting a wide array of media ranging from news and political outlets to entertainment and social media-based news channels to distribute the video, coordinated to roll out over the course of a few days to maintain steady momentum in traditional and social media.

Following the launch of the video, RepresentUs also encouraged its followers to hold community screenings and engaged allies, partners, educators and more to host panel sessions and screenings of the video to maintain momentum. Over 100 independent screenings took place across the US in places like Oakland, CA, Atlanta, Chicago, Frankfurt Kentucky, and Charlotte North Carolina—just to name a few. The short film was screened in schools, universities, libraries, parks, and even the side of a building.

However, getting people to watch the strategy is only half the battle—taking action is now the next step. After building out a grassroots toolkit for volunteers to use the short film as a tool to engage with these complex issues, screenings have continued across the country, sparking conversations around a strategy rooted in optimism and people power. Congress won’t unrig the system, so the people will. Unbreaking America underscores this strategy of going around Congress to pass local and state laws. Throughout this nation’s history, political changes—from the legalization of interracial marriage to the end of Prohibition—have started by passing laws in cities and states.

The reform movement has already passed more than 100 state and local anti-corruption initiatives. In 2018, RepresentUs passed more than 20—more than at any other time in American history. This is a clear mandate from the people—the push for local changes to ultimately enact federal change is just beginning.

Based on the study referenced in Unbreaking America, the goal was to engage 3.5% of the population – 11 million people – to create sustained activism and unrig the system. Give the grassroots tools, unbiased information, and nonpartisan objectivity needed to build the reform movement to fix our broken system state by state.

The short film has been shared more than 400,000 times, retweeted more than 2,000 times, and 23% have watched the entire video to credits—an absolute anomaly for a roughly 12-minute video on the internet.

Not only have millions watched the strategy, but the grassroots community grew exponentially after the release. Since launching Unbreaking America, RepresentUs has seen over 23,000 new email signups, over 2,500 new 1-time donors, and almost 2,000 new recurring donors in a program known as The Common Wealth, cumulatively raising over $200,000 for the grassroots fight against corruption. The online organizing platform went from ~500 volunteers to over 4,000. The short film has also been translated into Spanish, Mandarin Chinese, Arabic, with a goal to translate it into 10 global languages by the end of 2019. 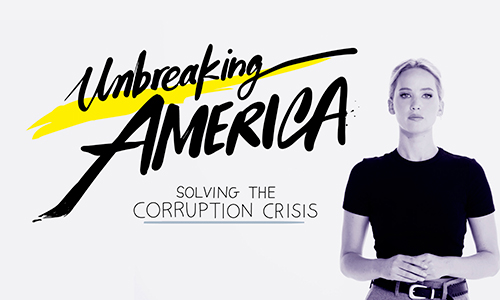 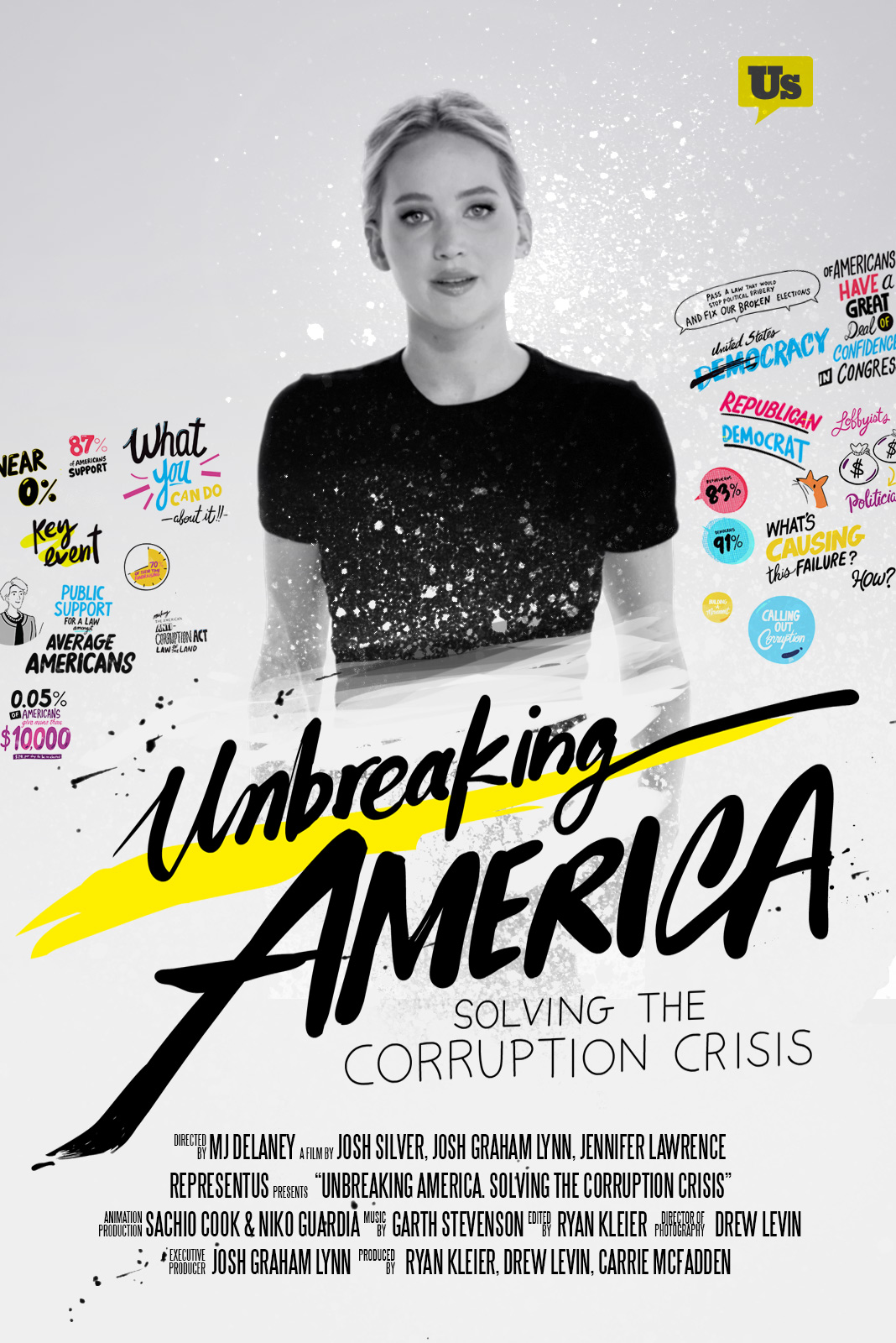