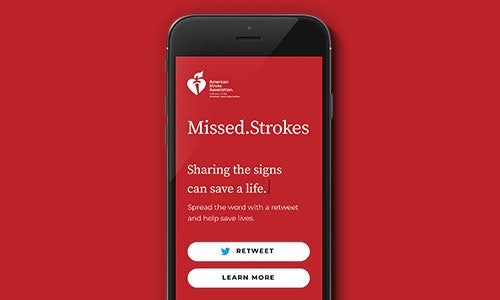 Over the past decade, there has been a 44% increase in the number of young Americans who have been hospitalized due to strokes, highlighting the fact that strokes often go undetected due to lack of awareness around stroke symptoms. The objective and goal of this campaign was to increase awareness of missed strokes during National Stroke Awareness Month and to educate people about the signs of as stroke.

This campaign was based on the behavioral insight that, because of Twitter platform functionality, missed keystrokes in tweets become accidental hyperlinks. From this insight, we scrubbed Twitter’s API to find the most common domains created because of these accidental hyperlinks. We then purchased these domains to drive to a microsite we designed to educate about the importance of knowing the signs of missed strokes in real life.

We also pushed out the campaign message via the American Heart Association’s Twitter handles and via influencers with personal connections to strokes. As a result, hyperlinks that once led to nowhere were redirected to information about stroke symptoms and shared widely across a number of influencers. 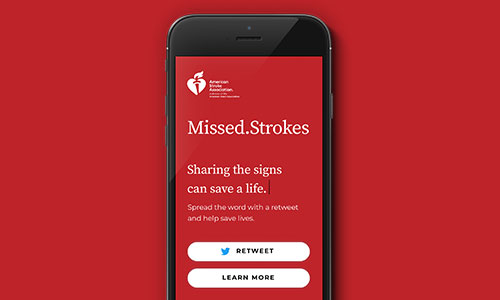