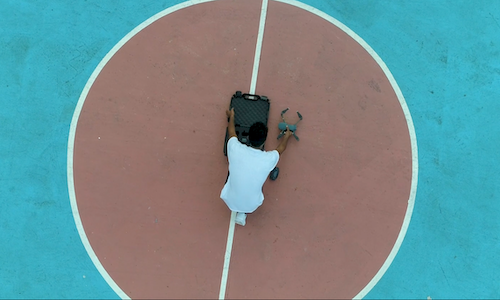 Finalist in Technology, Call to Action

Natural disasters of apocalyptic proportion are occurring at a more rapid rate than ever before. More than seven trillion US dollars economic damage and eight million deaths were caused by natural disasters since the start of the 20th Century.

What if we handed over our code patterns and unleashed the creativity of developers from around the world to take on humanity’s greatest challenge: the wrath of Mother Nature. Hosting the biggest hackathon in the world, would put our technology in the hands of new audiences and help IBM’s pioneering capabilities and ethos shine through.

In a world where first responders are over-run by mother nature, we opened up our code and access to our technologies and empowered developers to do what they love – solve problems that matter. Here was a community of creative problem solvers distinctly suited to collaboration regardless of borders or time zones. A community that spoke a universal language—Code.

Together with the David Clark Cause, United Nations and the American Red Cross, we created the world’s largest hackathon (Call for Code).

We partnered with clients and universities to join us in our fight to combat natural disasters and host hackathons to get even more coders involved. In the true nature of response, we organized hackathons that addressed specific local problems such as Hurricane Florence in South Carolina, the fires in Northern California, and the floods in Kerala, India. These Call for Code events brought the coders who we wanted to inspire together with government officials, first responders and others from the area, creating a greater opportunity for press and word of mouth.

To amplify our efforts, we identified key moments to leverage celebrity and influencer social power to get out the message, on World Humanitarian Day we reached millions of people. This helped galvanize our community by reaching new audiences.

Throughout the hackathons we used our social channels to ask for and share developer stories. This was a competition, but it was also a community endeavor and we wanted to make sure we put that front and center. The more personal and genuine stories we shared, the more coders would want to be involved in the effort.

We also used the submissions and hackathons as a way to cast our full-length, cinema-worthy documentary which we intend to use to introduce developers to audiences in a new way.

We reached over 908 million people during World Humanitarian day. Our content and communications approach had 1.1 billion social engagements. Our target loved our documentary storytelling and rated it 4.9 out of 5.0 when we screened our films at our largest event.  And over 100,000 coders from 156 nations joined the movement.

Through focusing on the long-term, IBM will thrive another 100 years. That said, we grew from 700k to over 2 million coders on our platform and IBM returned to growth for the first time in years with exponential growth in revenue from developers.

We were named World-Changing Company of the year by Fast Company Magazine and Code and Response, the Movie, has been accepted into film festivals around the country, with distribution forthcoming.