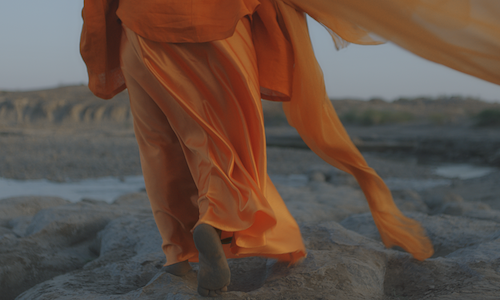 A Piece Of Me

Female genital mutilation (FGM), a practice that involves altering or injuring the female genitalia for non-medical reasons, is internationally recognized as a human rights violation. Globally, an estimated 200 million girls and women alive today have undergone some form of FGM.

Protecting girls and women from FGM will take a significant push to accelerate the abandonment of this harmful practice – involving everyone from their families to local, national and international leaders. Every voice raised in support will strengthen the push to eliminate FGM.

But the global movement to end FGM is still yet to become mainstream – and unless we step up action now, an estimated 68 million girls are at risk of being mutilated between now and 2030.

A Piece of Me aims to leverage the power of storytelling through short, documentary-style film to raise awareness about this human rights issue with international audiences and inspire more people to join the global movement to end FGM.

UNFPA commissioned international filmmaker Sara Elgamal to produce a series of short documentary-style films that portray survivors of female genital mutilation (FGM) as neither hopeless nor helpless, but as empowered women who are empowering others in their respective communities to abandon this harmful practice.

Entitled A Piece Of Me, the resulting docu-series breaks away from the cinematic tradition of documentary films associated with human rights issues like FGM. Accompanied by the survivors’ intimate narration, these 3-minute videos were shot in the desert of Ethiopia's Afar Region like a high-end fashion film, capturing the breathtaking details and beauty of the women and their surroundings. The idea was to capture the attention of audiences with a compelling visual that would make the stop scrolling in the feed, draw them in with the intimate narration and ultimately pique their interest in joining the global movement to end FGM.

As part of our campaign and content strategy, we created an interactive campaign website (unfpa.org/APieceOfMe) with responsive design, in multiple languages (English, French and Spanish). The website enables audiences to delve deeper into the stories of each of the three women,  provides context about FGM and the movement to end it, and offers opportunities for users to take action to help end this human rights violation. The call to action includes sharing what they learn on the site across their social media networks to help increase public awareness, and signing up for updates to stay informed about the global movement to end FGM.

To draw increased attention to the urgency of ending FGM, this global campaign launched online at the start of what is widely referred to as “cutting season”, when the break from school in July, August and September means that girls in communities around the world have time to undergo and recover from FGM.

Meanwhile, to extend the conversation offline the films were screened in Toronto (unf.pa/APOMTOR), where the filmmaker is based, and London (unf.pa/APOMLDN) alongside an immersive installation that brought the scenery, sounds and styling in the films to life. While the installations, produced by SOMEWHERELSE, were site-specific, designed for the Toronto Media Arts Centre and Protein Studios in Shoreditch, the messaging remained the same. The campaign hashtag #SeeAPieceOfMe was featured strategically throughout the exhibits and on the postcards handed out to attendees.

The film screenings and installations, each with over 200 people in attendance, were a remarkable success and major driver of conversations online. They brought together influencers from across the global arts, activism, academia, media, fashion and humanitarian communities.

In Toronto, there was also a panel discussion for creative entrepreneurs/professionals with filmmaker Sara Elgamal and wardrobe designer Nadine Mosallam, who made the colorful and captivating garments the survivors wear in the films. In London, event speakers included Leyla Hussein, an FGM survivor and campaigner who was recently honored as an Officer of the Order of the British Empire (OBE) for her anti-FGM activism, and Ebony Riddell, Head of Advocacy & Policy at Orchid Project, a UK-based NGO that is catalyzing the global movement to end FGM.

Influencers in Toronto and London used the campaign hashtag and posted about their experience of seeing the films and installations across their respective social media networks, driving awareness and meaningful engagement online about FGM among previously unreached audiences.

As a direct result of both events, the campaign earned highly reputable media coverage, reaching millions of people around the world and making the global movement to end FGM more mainstream than ever before:

Following the success of these offline activations, additional screenings and installations are being planned in more cities—including New York, to mark the International Day of Zero Tolerance for FGM on 6 February 2020

Video for A Piece Of Me 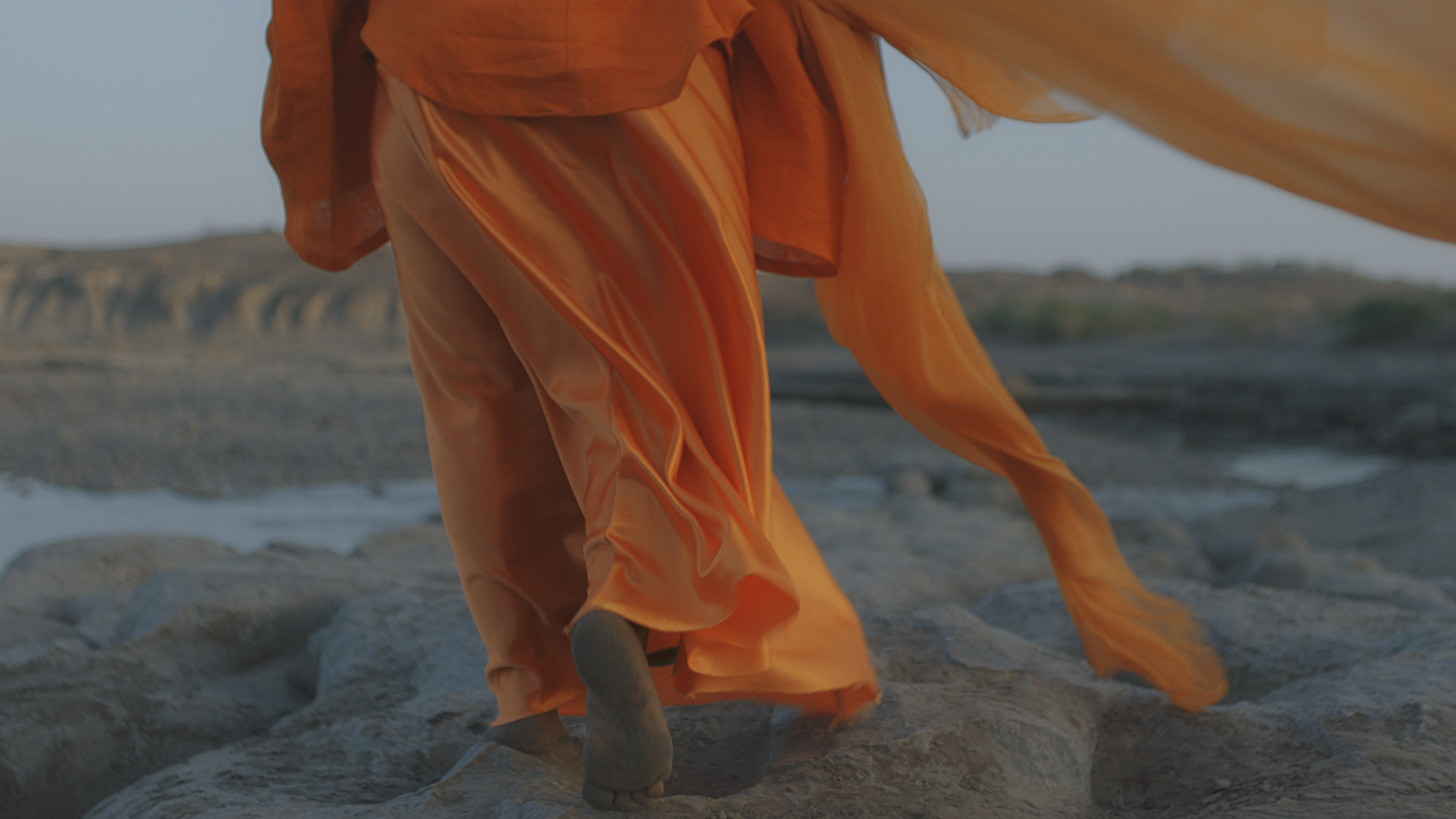 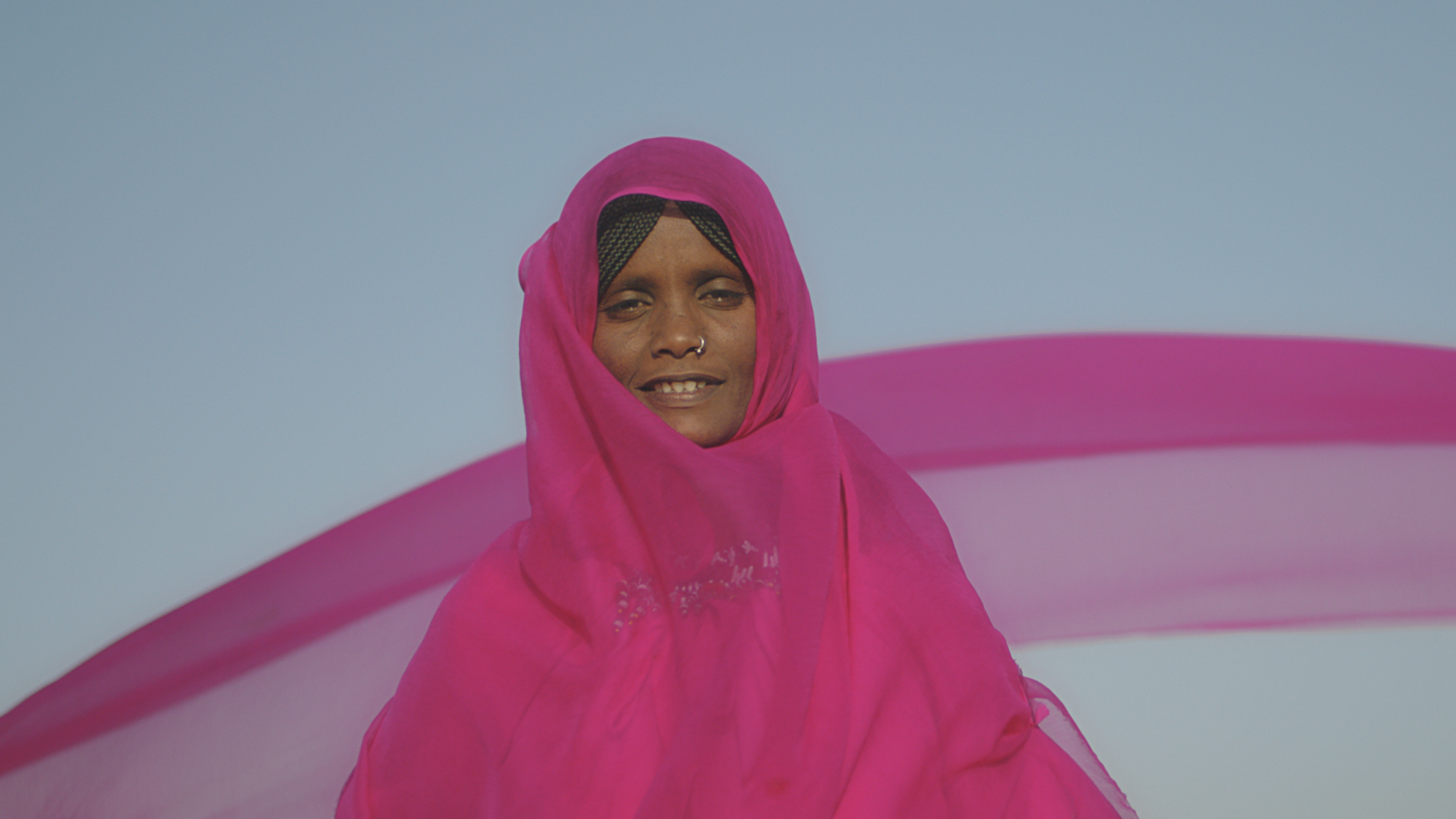 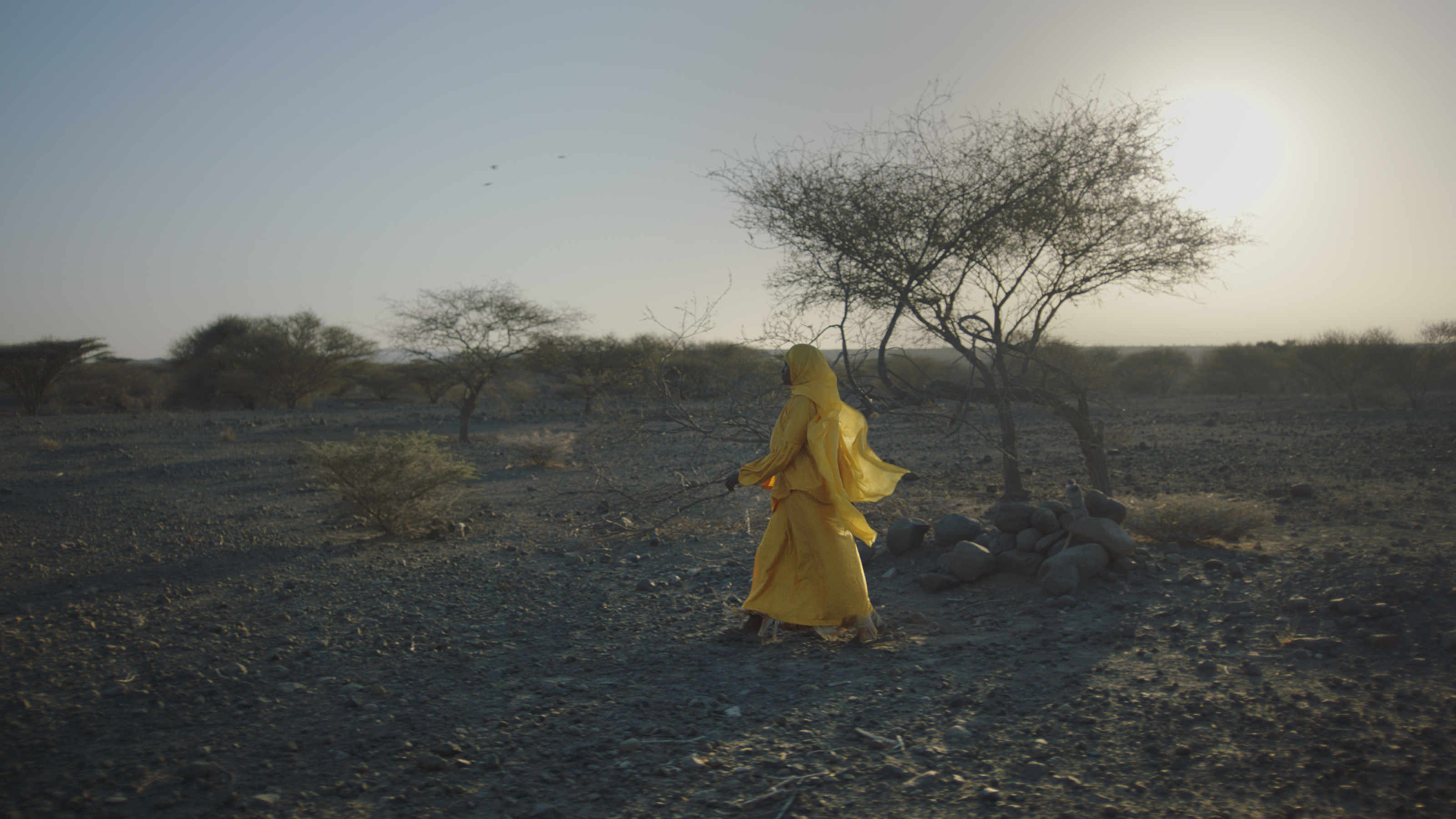 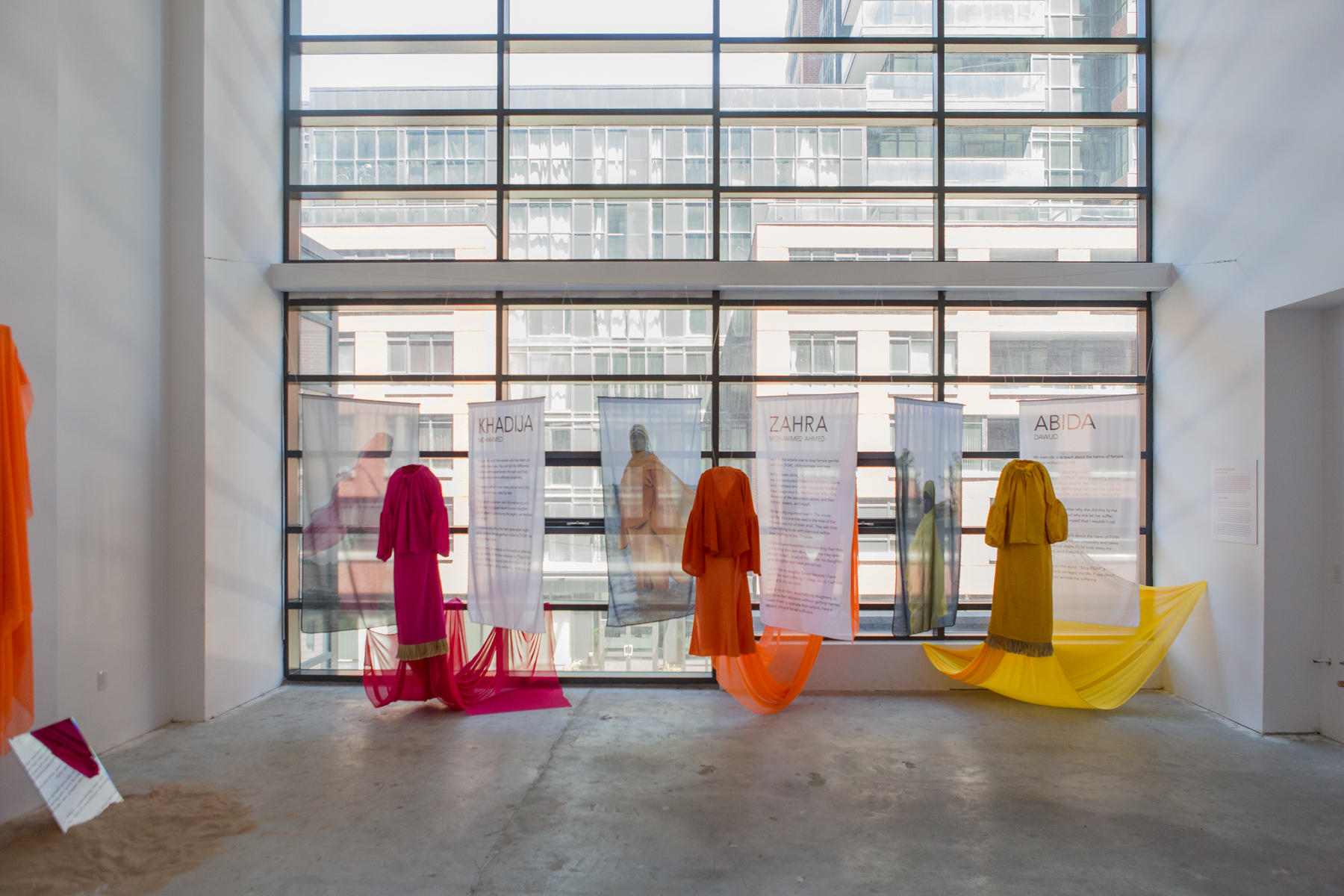 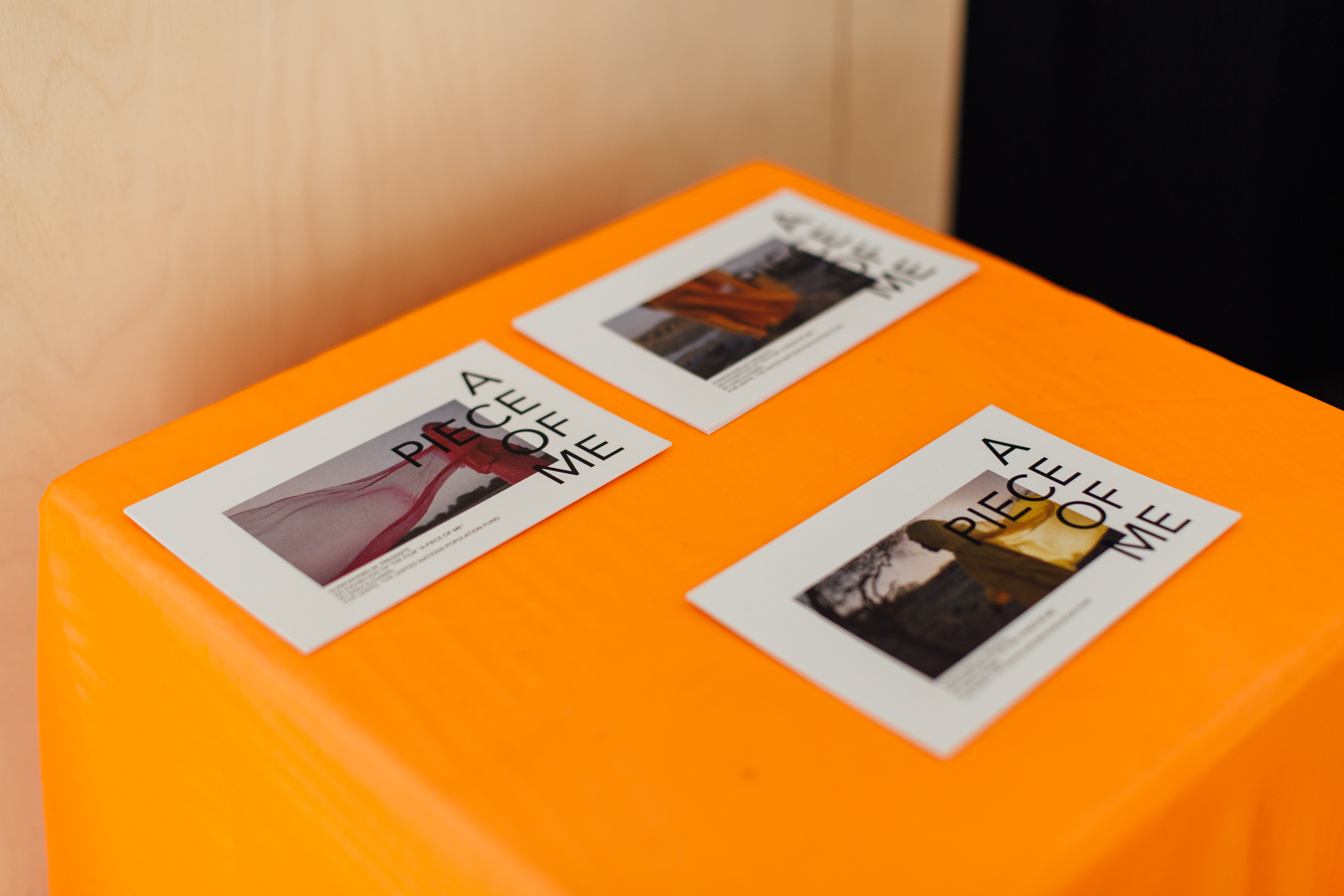 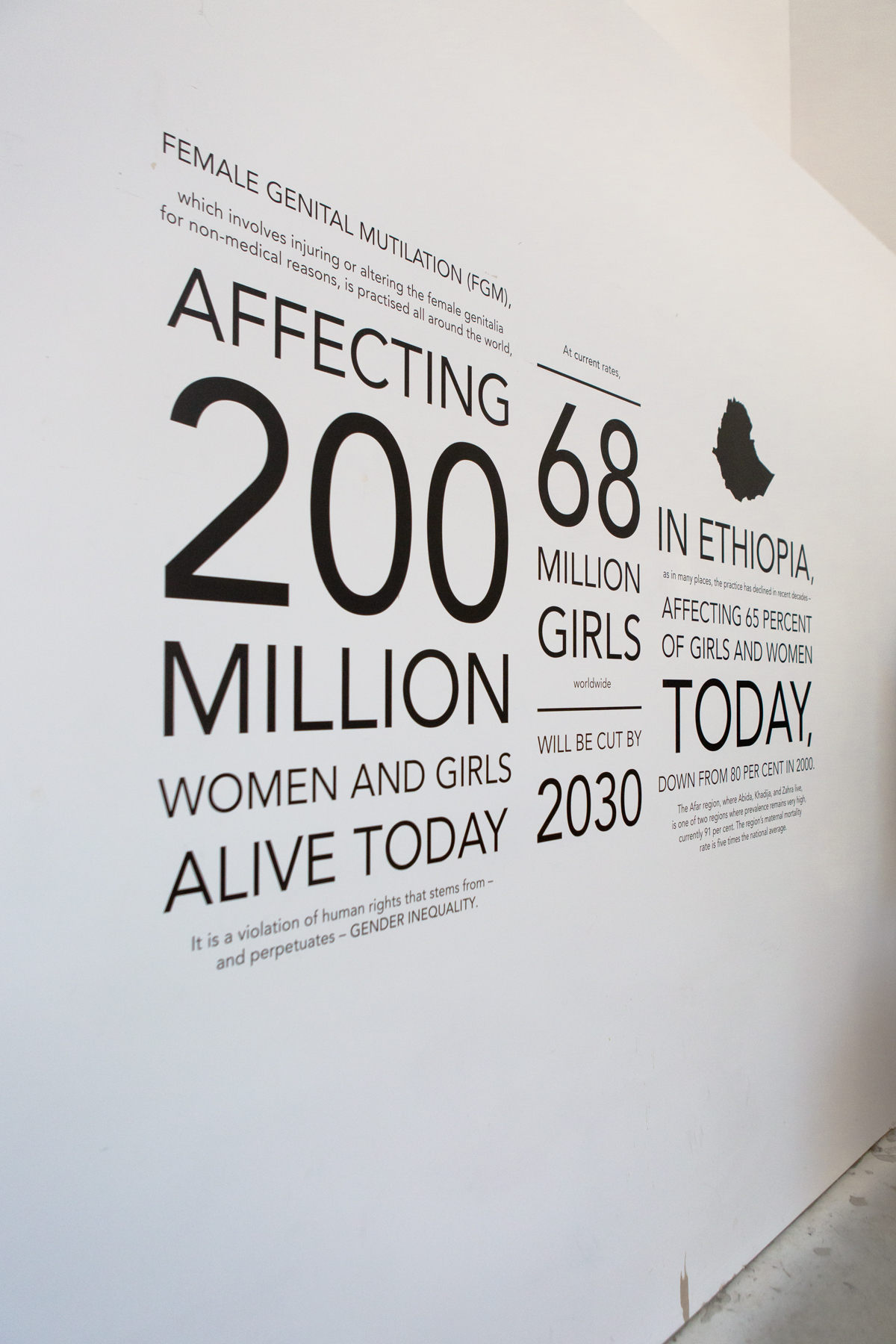 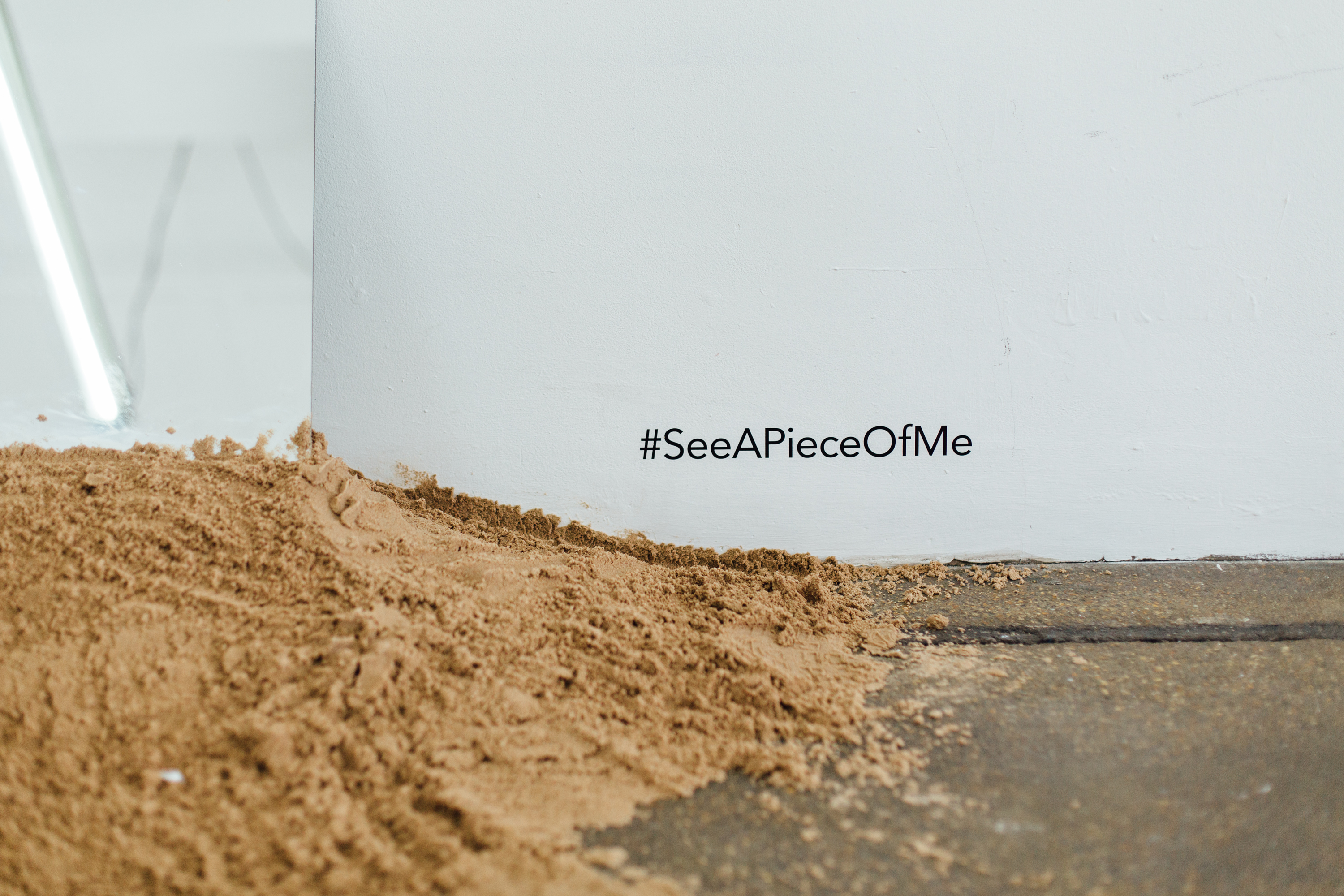 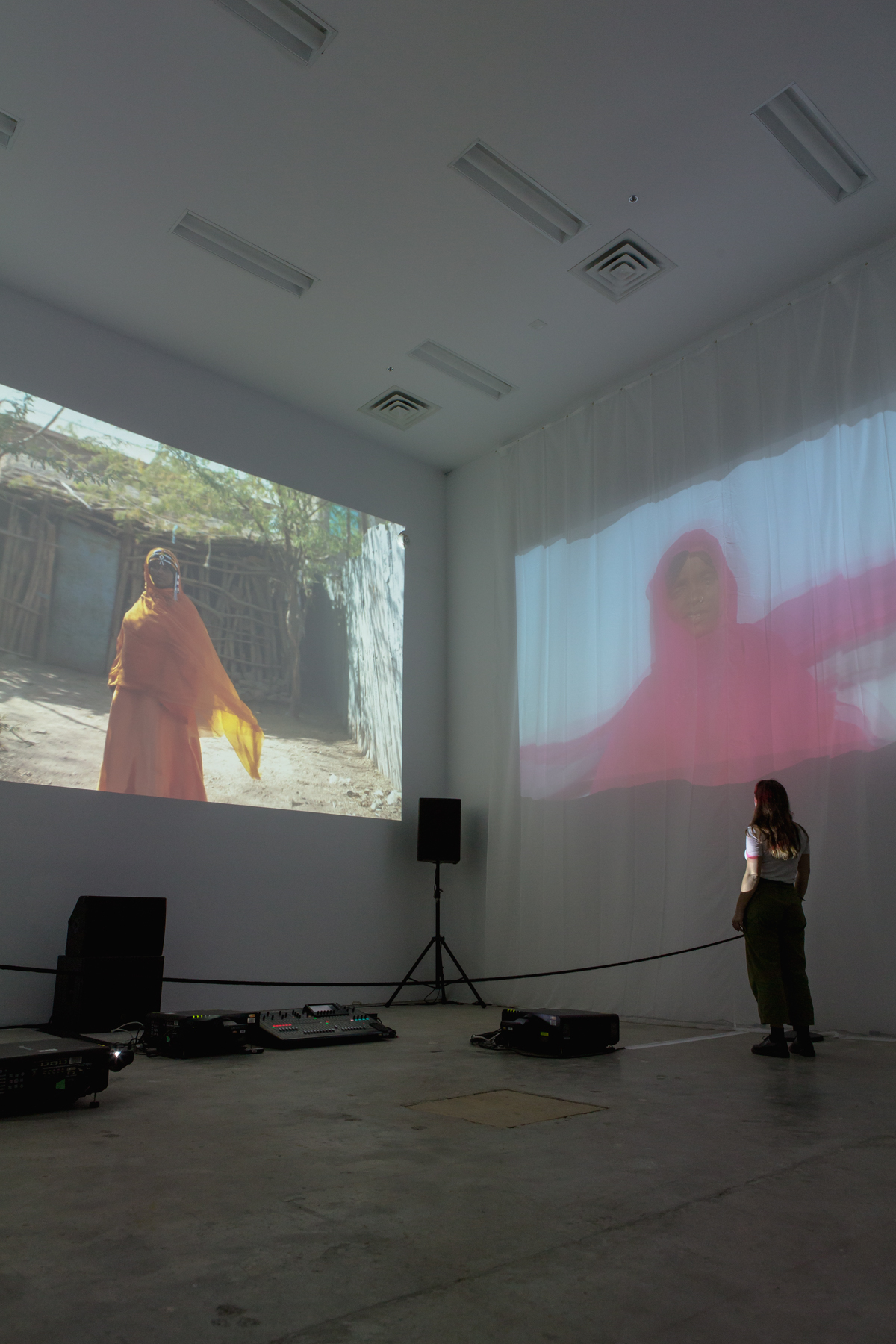 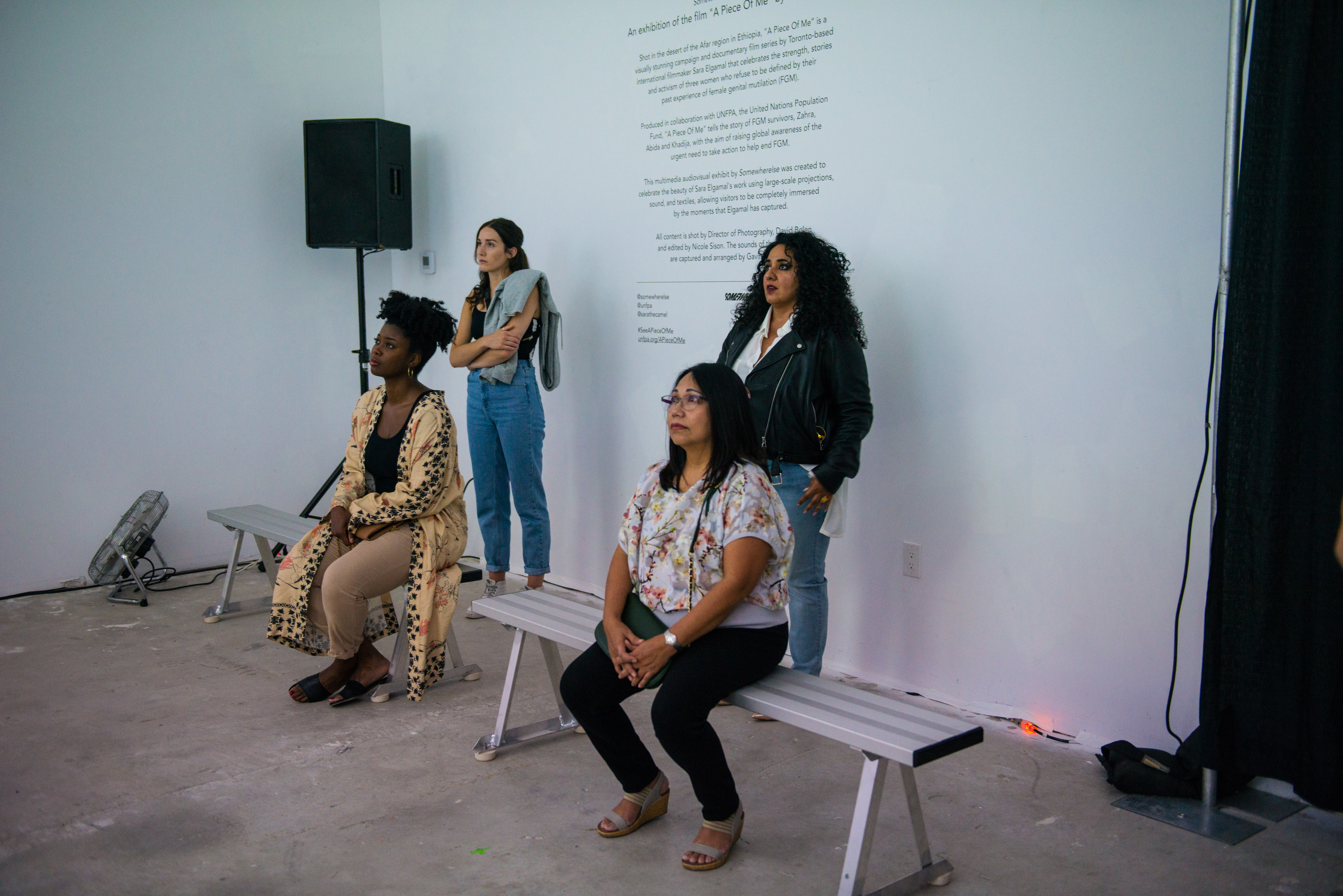 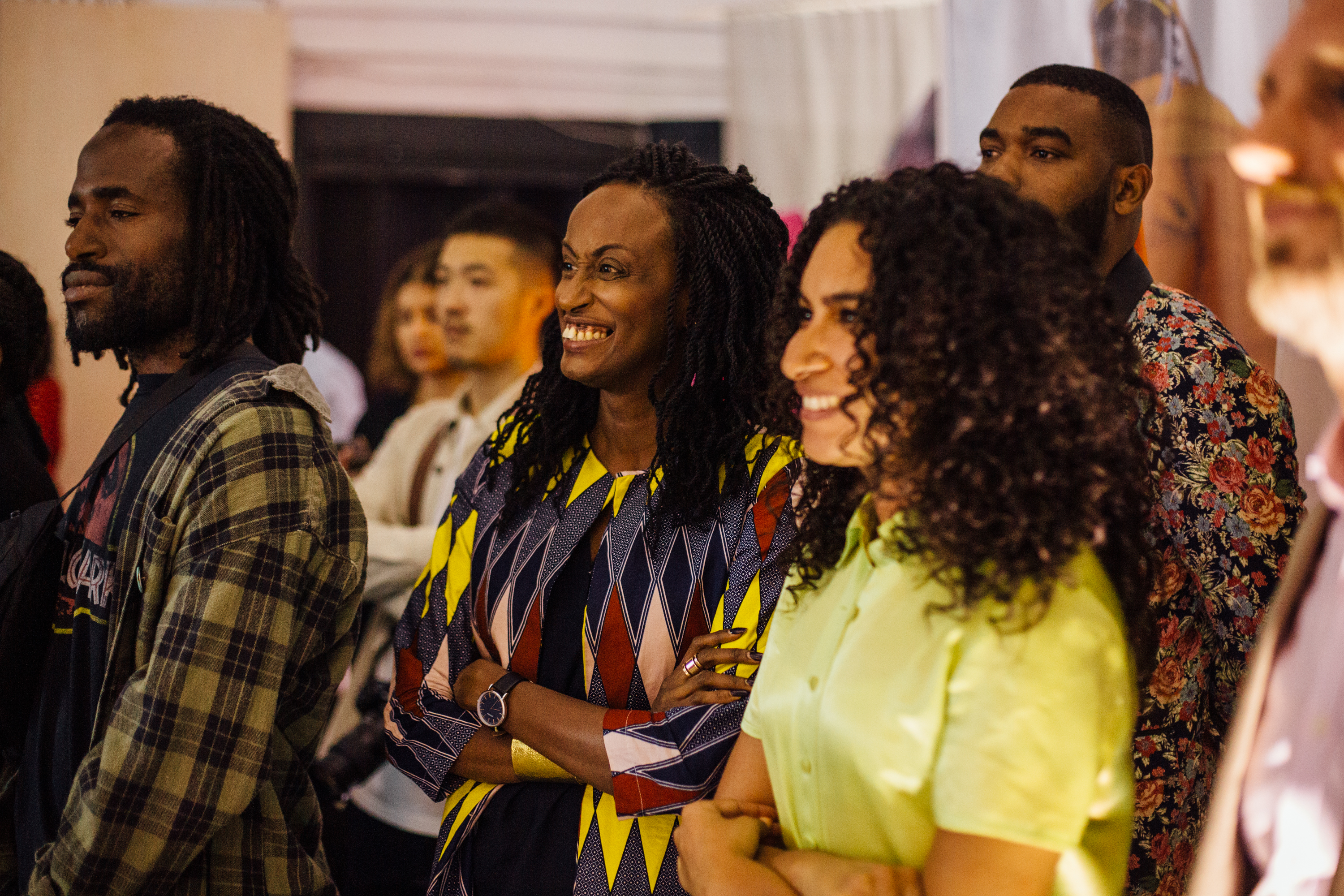