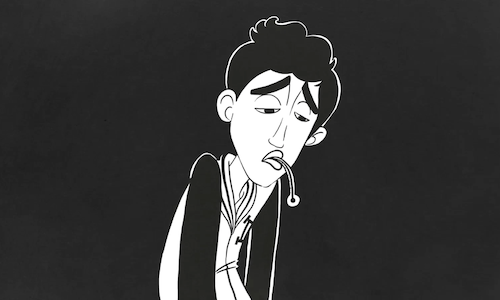 The good news: The teen smoking rate is down to 6%. But the bad news: Millions of teens still smoke and others start this deadly addiction every day, and smoking is still the number one cause of preventable death in America.

So it was truth's objective to make not smoking cigarettes relevant to a critical teen audience by connecting smoking to the things they think about most—like sex.

Cigarettes have a huge, beastly, bulging impact on blood flow in the body. Including to the genitals. In fact, smoking can cause erectile dysfunction in men as young as 20.

We wanted to get this message out to as many teens as possible, so they could join truth's revolution to end cigarette smoking for good—and ensure their love lives wouldn't fall flat.

Our goal was to get more than 5,000 uses of a Retweet-to-Unlock content Twitter video card, 15 million views and 1 million engagements.

Our strategy was to pair an unexpected style and tone to get our audience to pay attention to the fact that cigarettes can impair one's ability to do the horizontal tango. We decided two mid-length animated videos and animated gifs were ideal vehicles for keeping the attention of busy, distracted people.

In our first video we introduced Dick, a guy who encountered issues everywhere he went, including losing his girlfriend AND his boyfriend, because smoking was messing with Dick.

In our second video, we wryly explained the science behind why smoking causes erectile dysfunction using a familiar rhyme scheme.

We launched this initiative the day before Valentine's Day for maximum impact, with the videos linked on Twitter via a Tweet-to-unlock conversational card. Viewers could see the second installment in the video series by tweeting #NoHardFeelings in response to video 1. We also secured a promoted story on Snapchat to enhance views in our target demographic.

By rolling out our highly shareable video and gif content across Facebook, Instagram, Twitter and Snapchat around Valentine's Day, we were able to naturally join the existing conversation and bring focus to our own macro issue—ending cigarette smoking—while showing our audience exactly how smoking impacts their romantic organ grinding.

Across Facebook, Instagram, Twitter and Snapchat, our ED creative received more than 29 million views, and nearly 2 million engagements. Our retweet-to-unlock card exceeded more than 130 percent of our goal. So we feel confident saying it was a solid performance.

But most importantly, we joined an important conversation, sparking curiosity and conversation with teens about the impact smoking was having on Dick--and potentially their own dangling bits.

Video for No Hard Feelings