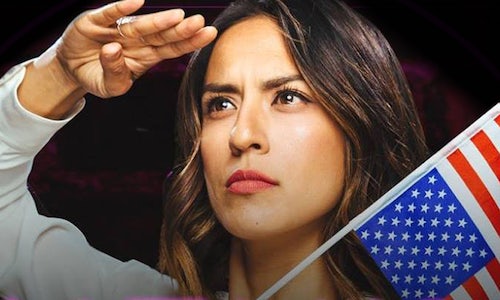 The Rich Want to Keep You Dumb

Humor can catalyze the learning process of even the bleakest subjects. Casual audiences want to learn about the ways in which certain entities are trying to influence and coerce them, but without an entertaining presentation, many people – possibly most – can't bring themselves to undertake that learning. And when this obstacle blocks learning about political machinations, it also becomes an obstacle to a functioning democracy.

Newsbroke's goal is to remove obstacles that are in the way of learning distressing and complex truths – and to do so to the point that even casual audiences look forward to – and share – the episodes. Newsbroke's use of humor represents an outstanding extent to which the responsibility of audiences to learn is instead shifted to journalists to teach.

In this video, we wanted to evoke humor and achieve viral success while highlighting the political right's long-standing, institutional effort to denigrate higher education and intellectualism.

Because the message of this piece is outside of common political discourse, we knew it would be hard for many people to understand or accept our conclusions without an airtight argument leading them there. And so we set out to make this piece completely comprehensible and undeniable. We spent more than 60 hours researching many dozens of sources. We arranged the arguments so that each was laid on a foundation of supporting information, leaving no argument to seem even briefly outlandish. We also presented the source of each fact so that nothing would need to be taken on faith.

In a piece like this, we believe humor should endeavor to contribute to the understanding of the arguments. We know that when a value greater than humor is promised by a piece, humor that fails to provide that value is comparatively less interesting to most audiences. Humor should, in this case, serve mainly to make the more important information palatable. So we wrote many dozens of jokes and then curated the ones that achieved the right combination of humor, credible information and concision.

We believed if that our message was incontrovertible and unambiguous, and the humor was funny and full of content, the importance of the subject matter would become obvious and the piece would have a good chance of going viral.

The mass virality of the piece meant that we were successfully able to inform millions about the political right's secret campaign to influence the public. Our effective combination of analysis and comedy resulted in this piece being viewed more than 12.2 million times on Facebook, shared more than 186,000 times and commented on more than 5,000 times. Many people expressed that, prior to our video, they had no idea that institutionalized anti-intellectualism was so pervasive. We know the only way these negative trends can be stopped and reversed is if people are made aware of them. And people want to be made aware: That's part of the reason Newsbroke's Facebook followers have grown from 0 to 334,000 since just September 2017.

We are proud that we were able to explain the complex subject of this piece to a broad audience, and we are elated that people supportive of public education are organizing more than we've seen in decades. The public can make big changes happen, but first they need to know that change is necessary. That is our mission.

Video for The Rich Want to Keep You Dumb 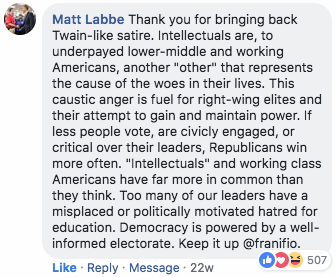 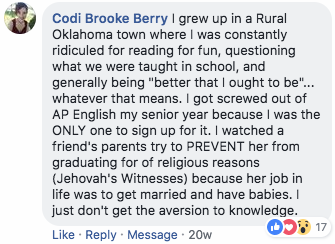 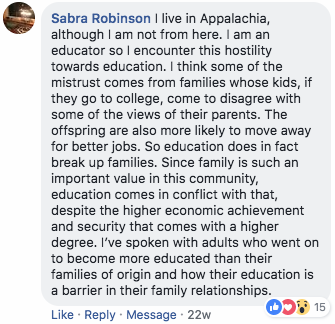 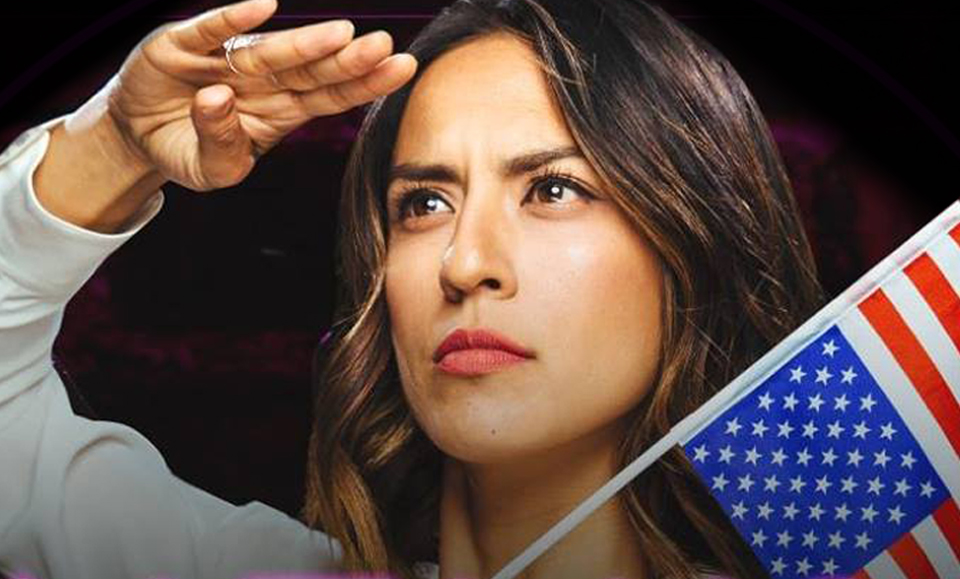