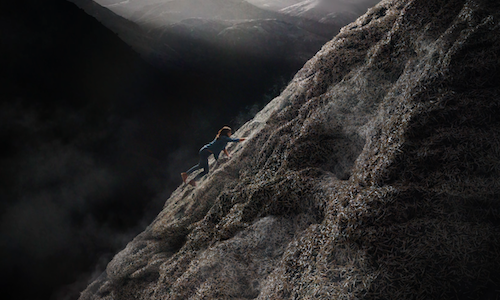 Saved By The Scan

To build public awareness of lung cancer – the number 1 cancer killer of men & women – we launched the first national PSA campaign to educate Americans about a lung cancer screening for those at high risk. This potentially lifesaving low-dose CT scan can detect lung cancer in the early stages, before symptoms arise, when more treatment options are available and the chances of survival are higher.

The American Lung Association's LUNG FORCE realized a sobering statistic: there are 9 million former smokers who are considered at risk for lung cancer, and hardly anyone is talking to them about this life-saving screening. To improve their chances of survival, the ALA turned to the Ad Council to create a breakthrough PSA and motivate former smokers to get screened.

For something this important, raising awareness just wouldn't be enough.

We needed to inspire action. Living at the heart of this campaign is an educational microsite and 1-minute online quiz. In 60 seconds or less, former smokers can find out if they qualify for a screening and print out a summary sheet as a conversation starter with their doctor.

This PSA would rely on pro bono media, which means we wouldn't have total control over when and where the advertising was in market. So, it was imperative that every piece of this campaign could work hard on its own to not just reach former smokers, but drive people online to take the screening quiz.

This campaign features a real former smoker who climbs to the top of a vast mountain of cigarettes and ash. This effort is symbolic of what it takes to quit smoking.

After conquering the metaphoric mountain of addiction, viewers see the line, "You stopped smoking. Now start screening." This is an empowering, single-minded message that encourages the viewer to proactively take the next step with their lung health and get screened.

Every piece of the campaign drives to SavedByTheScan.org, where people can take the online lung cancer screening quiz.

When someone arrives at the microsite, the online quiz is clear and prominent. People can also browse centralized information to learn more about early detection and lung cancer screening.

And the media amplified our story.

Video for Saved By The Scan 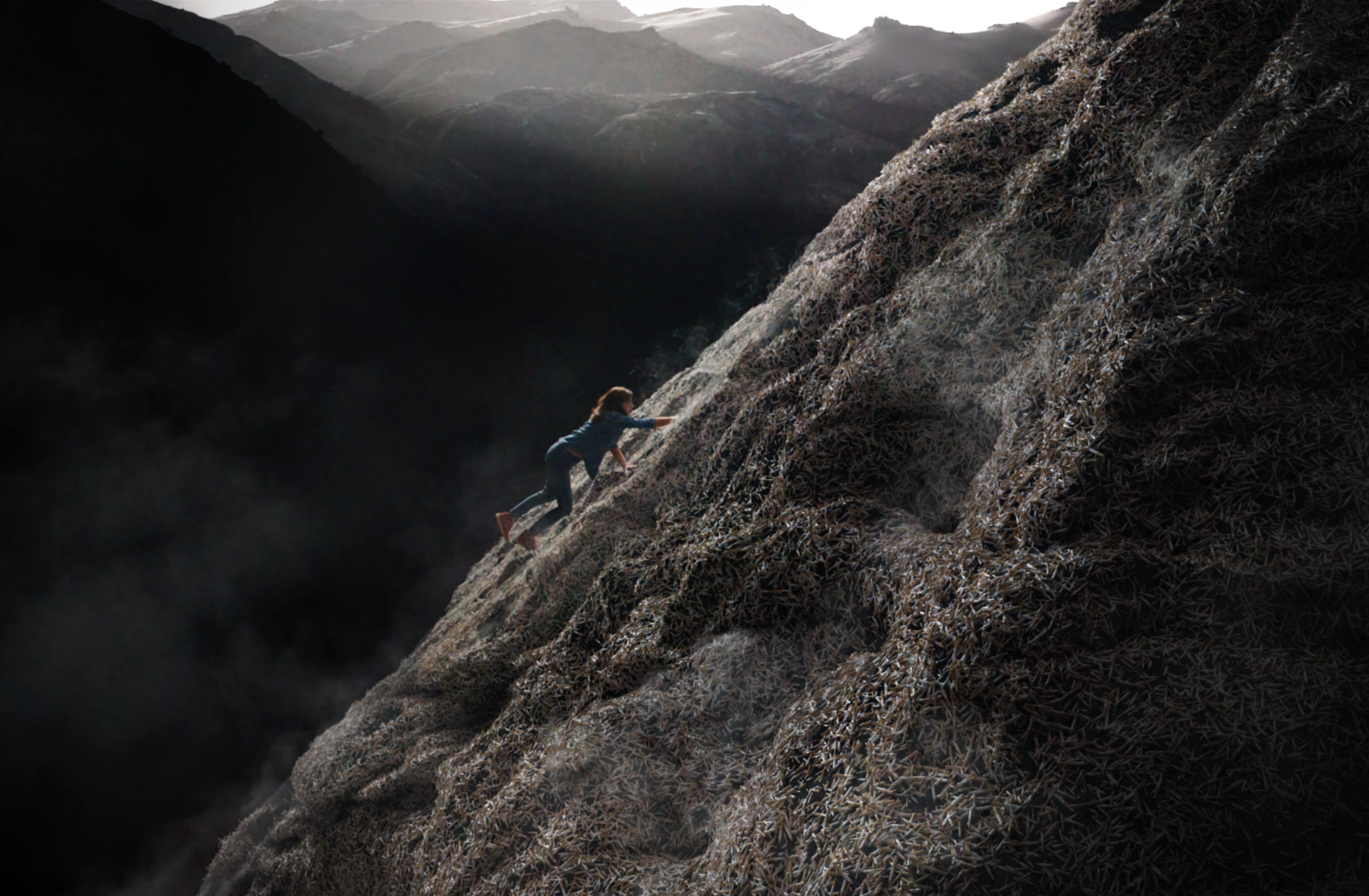 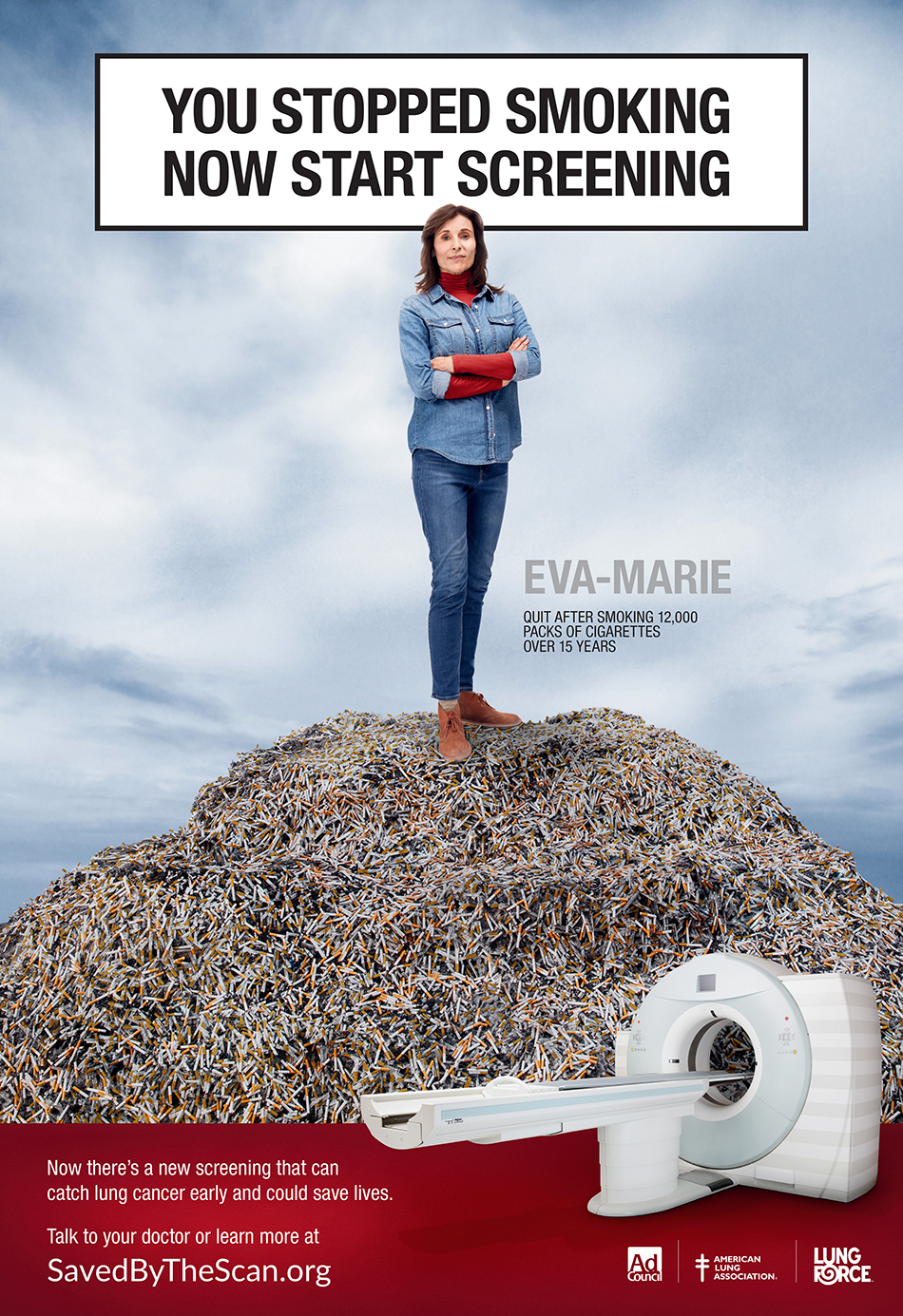 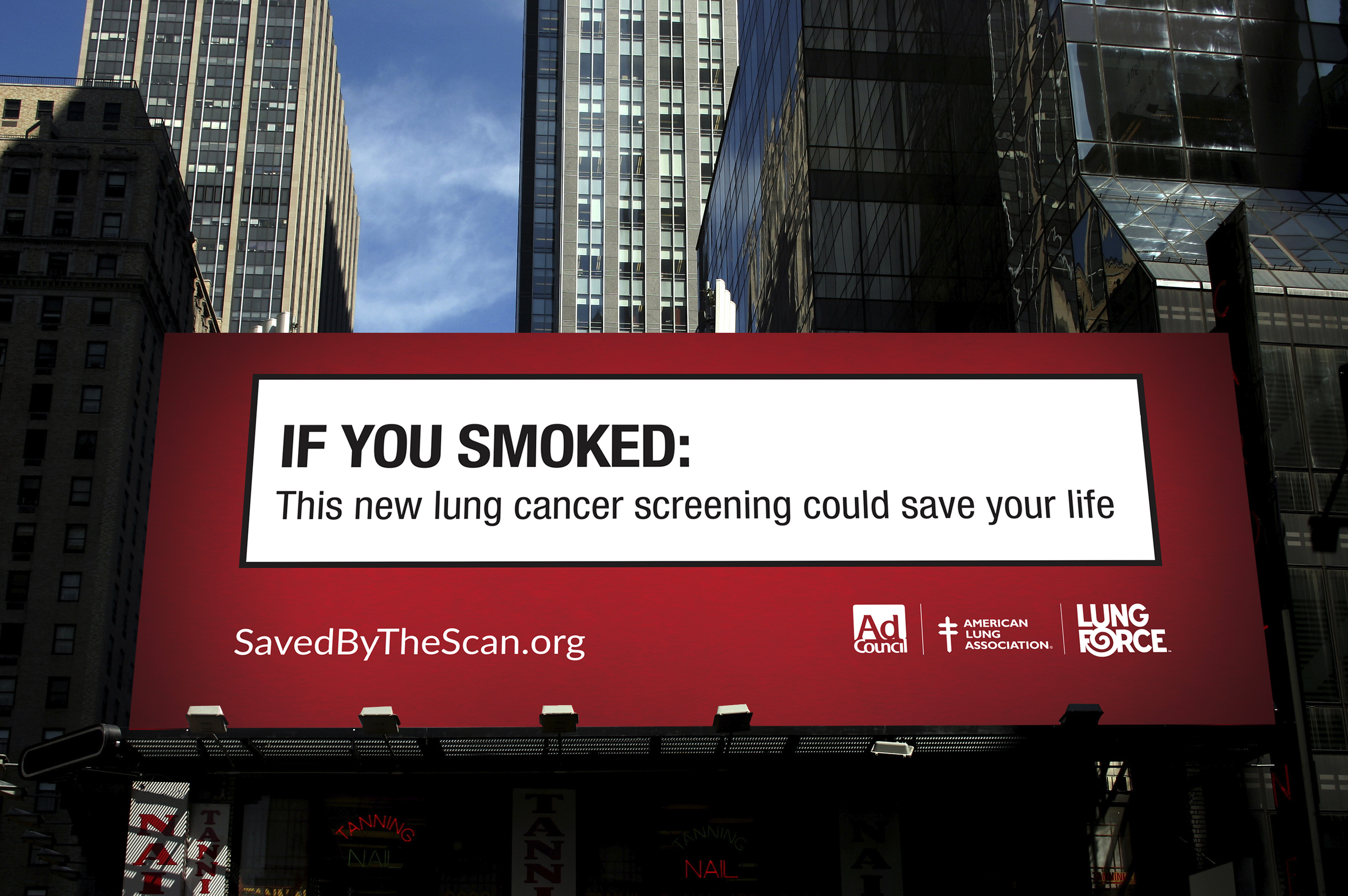 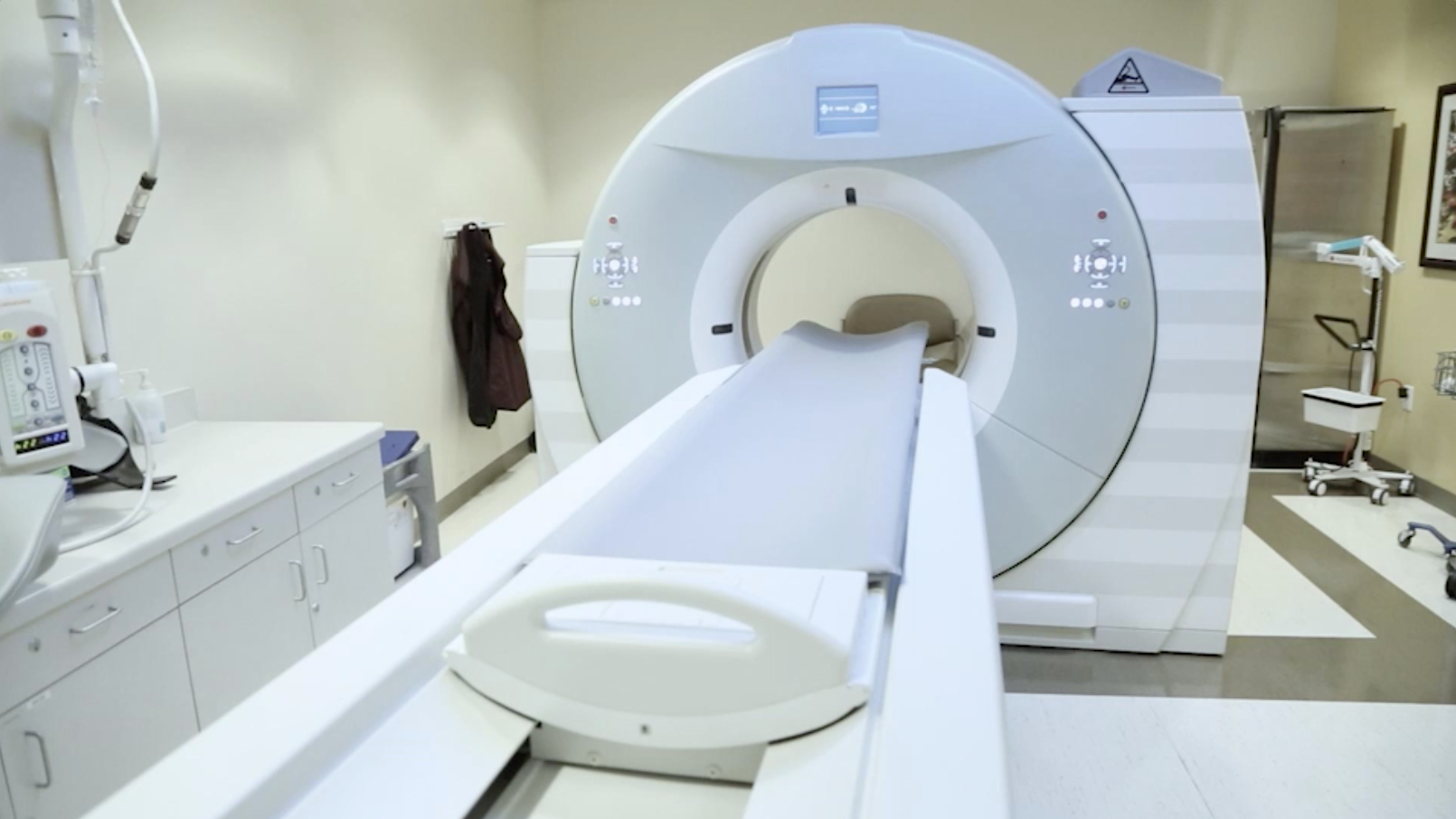 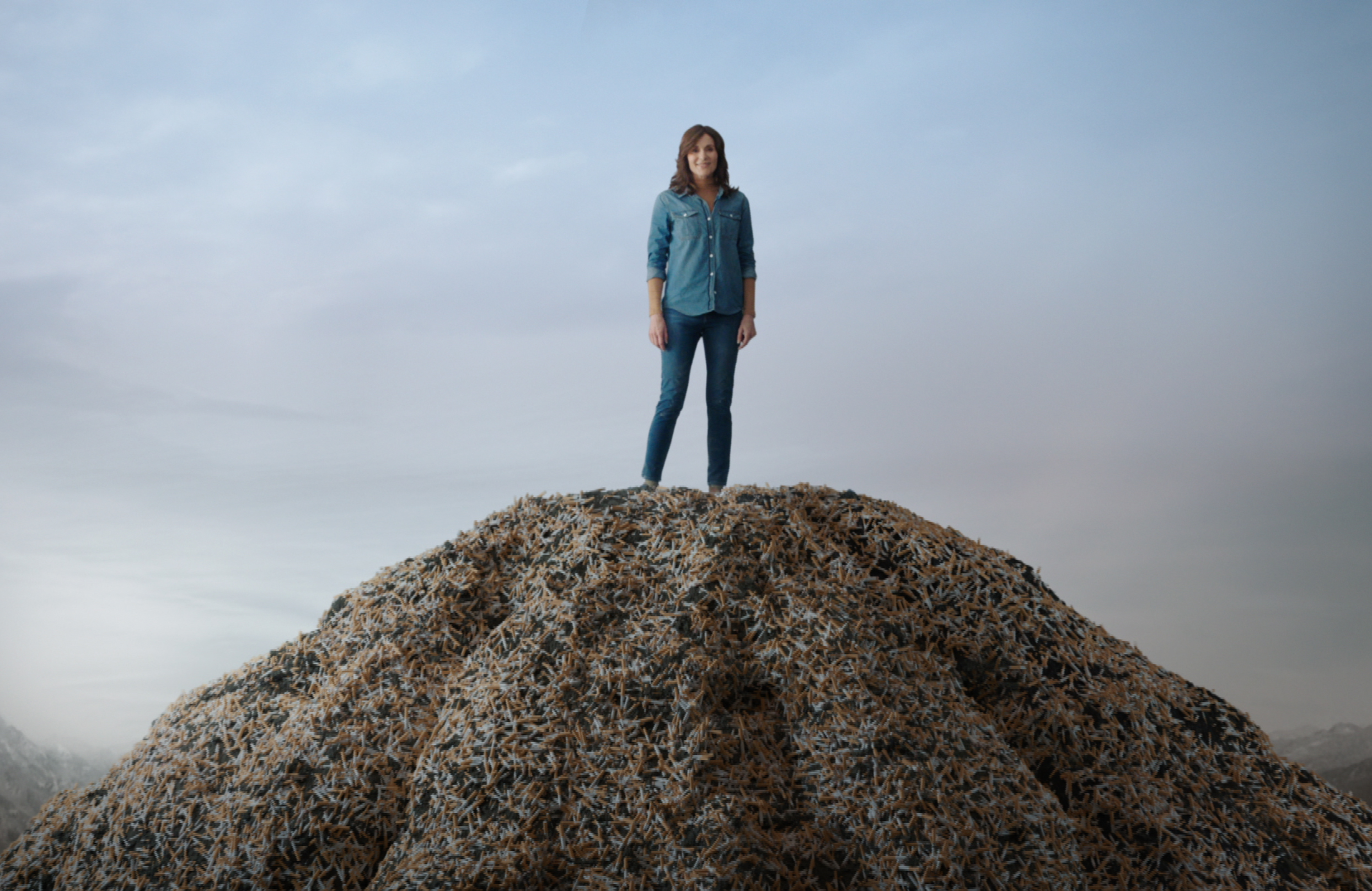 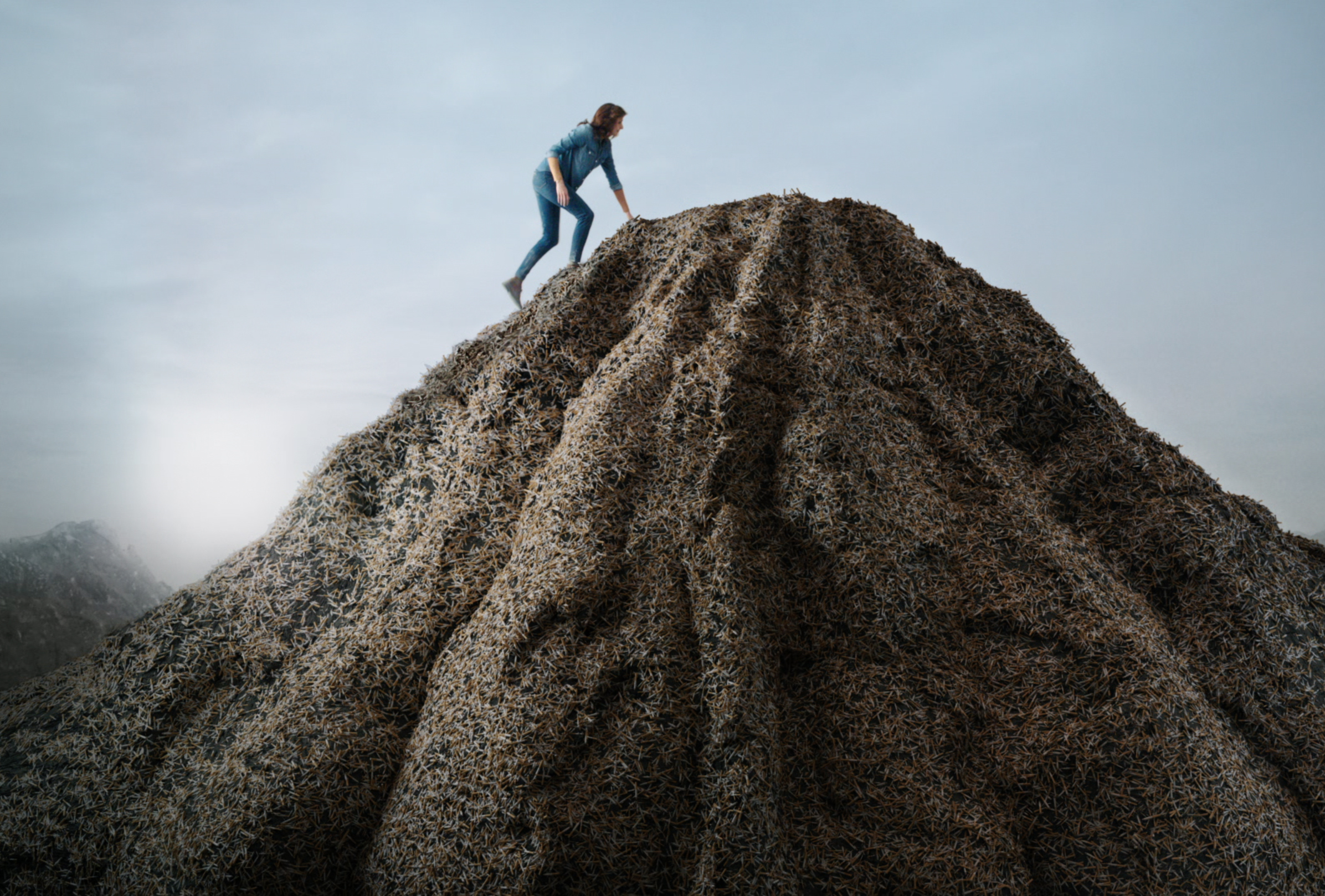