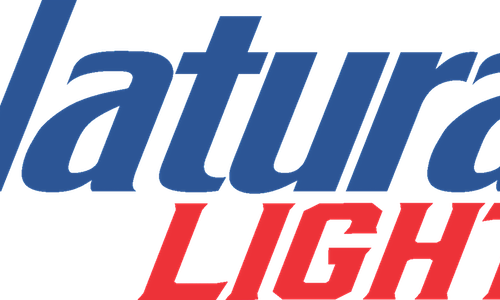 Over 44 million Americans are burdened by college debt, equating to a national balance of over $1.44 trillion dollars. That's not Natty, so we had to do something about it to ensure our consumers remembered college for the great memories and not the debt that follows!

We created the Natural Light College Loans Program, a national campaign that gave back to our core consumer, helping them pay down their loans to remember college for its epic moments with friends instead of the debt they accrued.

-Drive buzz with media, influencers and tastemakers both inside and outside of Natty Light's core demo

-Through brand owned social channels and strategic social media partnerships, position Natural Light as a brand that understands it's target demo and will always support it's core drinker, specifically the challenge of college debt

-Execute the campaign efficiently with a low-budget. Aside from major investment in the actual monetary giveaway to consumers, all other expenditures were minimal (less than $30,000 in PR implementation budget)

Through an integrated campaign, Natural Light gave away $1,000,000 to help pay down college loans between February 5 – May 6. 25 consumers stood a chance to win $40,000 each and the entry mechanic was super simple: post a video to social media sharing your inspiration for going to college.

Also partnered strategically with actor Jake Johnson who created a college debt conversation on his own social channels. As a character who has a similar vibe to the "Natty Guy," and understands the issue of college debt in America, Jake was utilized through earned channels via an NYC media day to kick off the campaign. Timed perfectly to the final season of "New Girl," of which Jake is a lead character, he conducted a second round of interviews the day of the series' finale. It became evident that Jake had a passion for the college debt conversation and wanted to use his platform to shed light on the issue.

At launch, we took an irreverent approach to one of the biggest moments of the year - the Super Bowl - to run a targeted TV spot that looked more like a college student's home-video. Instead of a big national buy, we released the spot during the game in ten college cities across the country where the topic of college debt would resonate the most. We shared the ad across social platforms, not only across owned platforms, but also through a partnership with Barstool Sports.

In conjunction, Natty hit shelves in college markets with a limited-edition 36-pack (perfect for our target's social occasion) with special green tabs. All consumer video submissions needed to include the green dollar-sign tab or a print out of the green-tab available online (no purchase necessary).

Key insight about the "Natty Guy" consumer: he is shameless when it comes to self promotion on social media, especially if it comes with a huge payoff. Whether it be a video share on Barstool Sports' 5th Year Instagram handle, or a shot at $40K towards college loans. We capitalized on this insight by only accepting entries through social media. This entry mechanism fostered a full range of submissions - creative, humorous and inspiring video entries - all highlighting the people Natty value the most, their key consumer.

- 117 total hits across the United States throughout the campaign, including 62 hits within national and local broadcast*

- 100% positive sentiment throughout all coverage*

- 88% of coverage included Natural Light within the headline* 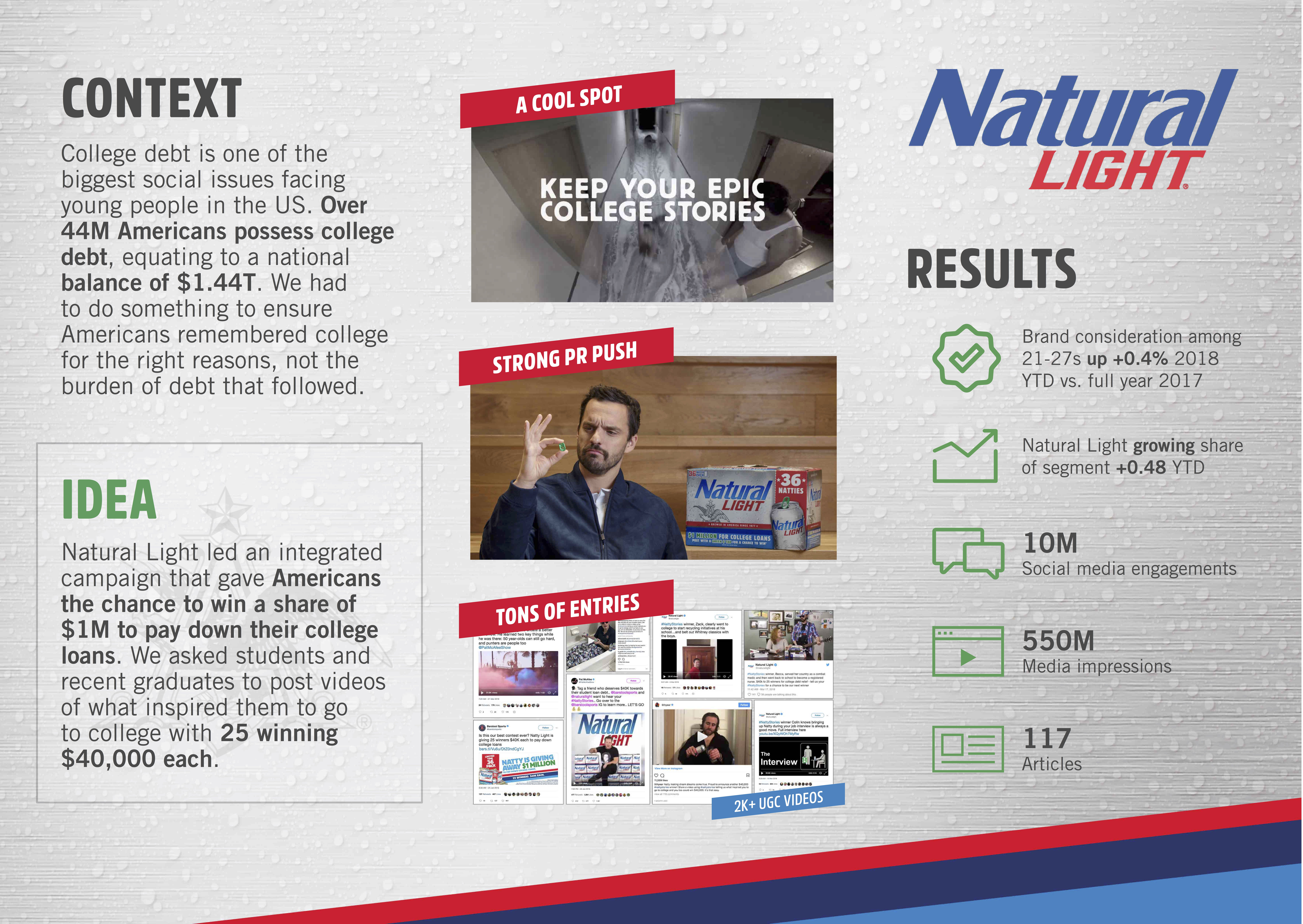