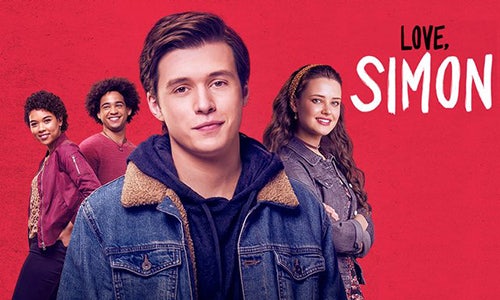 The company released "Love, Simon" to a media landscape in which the LGBTQ community is still largely underrepresented—the movie marked the first time a major Hollywood studio threw its full support behind a young adult project with such a strong queer identity. The story follows 17-year-old Simon Spiers, who has yet to tell his family or friends that he's gay, but when another student threatens to out him to the entire school, he must navigate an intimidating range of issues facing LGBTQ youth today: the fear of coming out, online bullying, discrimination, and more.

21CF set out to maximize the film's social impact and set the following objectives for the project:

4) Help provide mental health and other support services to LGBTQ youth who are struggling, or at risk of suicide

To deliver on these objectives, 21CF executed the following strategy:

1) Market the film to audiences within the LGBTQ community and beyond with the tagline, "Everyone deserves a great love story";

2) Partner with the nonprofit GLSEN to develop free educational resources for students and teachers that explore the film's subject matter and combat discrimination in schools;

3) Launch the #LoveSimonTruth social media campaign encouraging audiences to post a truth about themselves that they felt inspired to share after watching the film;

4) Capitalize on this campaign to raise funds for The Trevor Project, which provides mental health services to at-risk LGBTQ youth.

While LGBTQ-themed movies are hardly new, studios often market them at the specialty box-office, releasing them in a small number of theaters and aiming promotional campaigns at awards voters. For "Love, Simon," however, Fox premiered the movie in more than 2,000 theaters nationwide and launched a broad marketing campaign with the tagline, "Everyone deserves a great love story," proudly announcing the movie's queer identity while noting its universal romantic appeal.

Timed with the theatrical release, 21CF partnered with GLSEN, a nonprofit dedicated to creating safe and affirming schools for all, regardless of sexual orientation, gender identity, or gender expression. Together, the organizations released a less plan and classroom discussion guide based on the film for high school students and teachers to foster conversation on the movie's themes of acceptance and inclusivity, sexual identity, heteronormativity, coming out, consent, and cyberbullying. The resources are meant to give both young people and adults the tools they need to help members of the LGBTQ community feel safe and accepted as they are.

In June, timed to Pride Month and the home release of "Love, Simon," 21CF launched a partnership with The Trevor Project to raise funds to expand the nonprofit's crisis services program for LGBTQ youth. The Trevor Project operates a 24-hour suicide prevention hotline and other life-affirming mental health services for LGBTQ youth facing bullying and discrimination, as well as research, workshops, and trainings for schools, colleges, and community leaders. Through the campaign, for every post on Facebook, Instagram, and Twitter with the hashtag #LoveSimonTruth, 21CF pledged to donate $1 to The Trevor Project, up to $150,000.

"Love, Simon"-themed photobooth pictures with their classmates and shared their own truths with the hashtag.

The campaign was officially announced a week later at The Trevor Project's annual TrevorLIVE event in New York City on June 11. In addition to raising funds, the campaign also helped codify audiences' positive reaction to the film. The studio heard personal stories from moviegoers around the world who took the film's message to heart and made their first steps toward building a more inclusive society.

The film's bold marketing campaign garnered significant attention in both entertainment industry trades such as Variety and the Hollywood Reporter, and mainstream publications such as Vanity Fair and the LA Times. More importantly, the strategy helped the film earn $60.8 million worldwide, a box office success that is expected to encourage more major studios to add LGBTQ-centric stories to their production slates and ensure more widespread representation and inclusion across Hollywood and the greater industry.

The campaign's pledge to donate $1 to The Trevor Project for every social media post with the hashtag #LoveSimonTruth resulted in a donation of $150,000 from 21st Century Fox, directly supporting the organization's support services for LGBTQ youth. In addition, the campaign made thousands of impressions across Facebook, Twitter, and Instagram, continuing to spread the movie's message of love and acceptance months after its theatrical release.

21CF also successfully empowered young people across the country with the tools they need to begin constructing better, more welcoming environments for their peers in the LGBTQ community. The lesson plan and discussion guide 21CF developed alongside GLSEN remain available for free on the GLSEN website, ensuring that the next generation is fully equipped to combat bullying and discrimination, help LGBTQ youth in need, and build new spaces centered on diversity and equality. 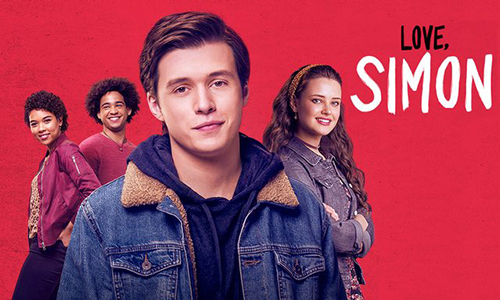