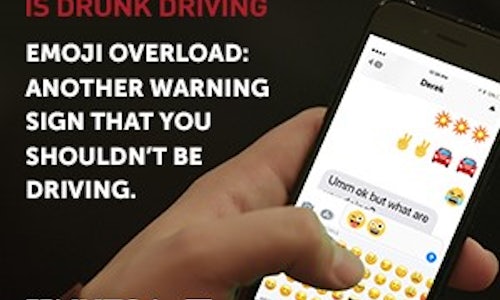 Our objective was to create a new public service communications campaign that aims to prevent Millennials from driving "buzzed" / alcohol-impaired. We were tasked with creating a fresh, new approach that resonates with the target (Men 21-34) and drives awareness of the warning signs of being buzzed. With any impaired driving prevention effort, we needed to ensure we're communicating to our audience in a way that feels authentic and not pedantic.

As such, our campaign message is centered on the individual: everyone has their own warning signs that indicate they're buzzed and shouldn't be driving. Through encouraging recognition of these warning signs, we are motivating millennials to refrain from getting behind the wheel after they've been drinking.

Identifying key media channels, content destinations and seasonality were key parameters for this campaign to ensure we were reaching the target audience. We also wanted to ensure we were continuing to evolve the "Probably OK isn't OK" creative platform, which has been the key message of the Buzzed Driving Prevention campaign since 2016.

Our strategies are based on a core insight – something that is unique to our target audience, making any creative or media execution feel authentic. We completed an in-depth target analysis to understand the evolution of audience perception as they move through different identities between day and night time.

In recent years, fatalities caused by alcohol-impaired driving have continued to be a critical issue, resulting in over 10,000 deaths per year. Millennial men have been a significant contributor to these statistics. This segment of Millennials (our target) are single, Caucasian, high-earning men in urban and suburban areas who are psychographically headstrong thrill-seekers and image-conscious. Most know better than to drive drunk; however, we found our target was willing to admit he'd driven buzzed.

This led us to the insight that we needed to appeal to his inner voice of reason and change his behavior by applying our message to micro-moments that resonate with him to make him understand that he's not invincible. He didn't fear getting caught since he hadn't been caught yet. He also wasn't exactly sure where his threshold was for becoming buzzed by any quantifiable standard. We decided to hone in on the sentiment of over-confidence, shattering the perception that he's able to have a beer or two and still drive.

We developed a campaign that spoke to our target's state of mind in the moment, procuring key decision moments that maximized relevancy and action, like using too many emojis, swiping on dating apps, etc. Drinking moments throughout the week and year became our opportunity to bring the dangers of buzzed driving to life by inserting these warning signs into the organic stream of our target's night out.

When a night out seemed distant early in the week, we served brand awareness messaging via endemic event planning sites and social channels. We built a playable ad unit to match-3 "buzzed" warning signs, seeding our "know your signs" message throughout a simulated night out, turning a mindless game into an important message.

Leading up to the night out, we created branded keyboard sticker emojis embedded within iMessage apps illustrating our warning signs. The stickers were populated by keyword triggers, triggering awareness to plan how to get home safely while making those "going out" plans.

As they wrapped the night, we utilized geo-targeted ads served on relevant social apps, where he's likely browsing, to shift focus. We captured attention at this key decision moment: urging to leave the car keys behind and find another way home.

We launched around drinking holidays in December, a peak season for impaired driving. The big launch centered around the NFL playoffs and the Super Bowl. We wrapped our campaign with a strong finish around March Madness and St. Patrick's Day, events that generally involve casual to excessive drinking.

This strategy, coupled with generously donated media from networks and social and digital platforms, allowed us to execute a viral campaign driving results due to creative resonance and expertly timed message delivery.

The majority of our media was donated video inventory on social platforms, where we drastically exceeded platform benchmarks. On YouTube, we achieved a 65% video view rate, beating a 34% benchmark. On Facebook, our View Through Rate reached 34%, as compared to a 17% benchmark.

We reached #7 on the Ad Age Viral Video Chart. This is very rare for a public service announcement, and even rarer for a campaign executed almost entirely through donated media.

Ultimately, the success of our campaign was driven by relevancy. Our creative message spoke directly to our target through moments he personally knew well. We then served this creative in a cadenced manner that kept the message top of mind and present at the moment of action. 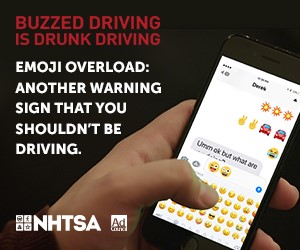 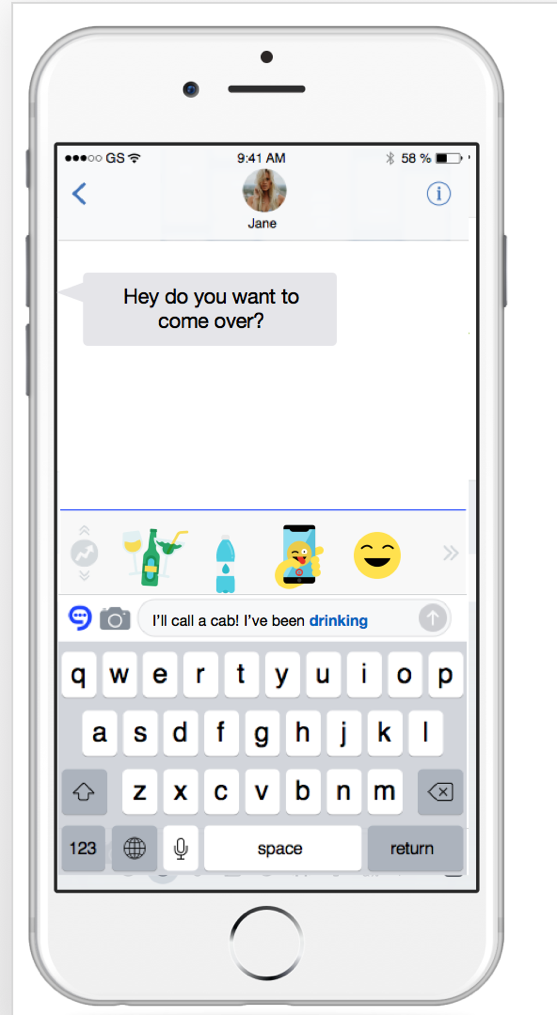 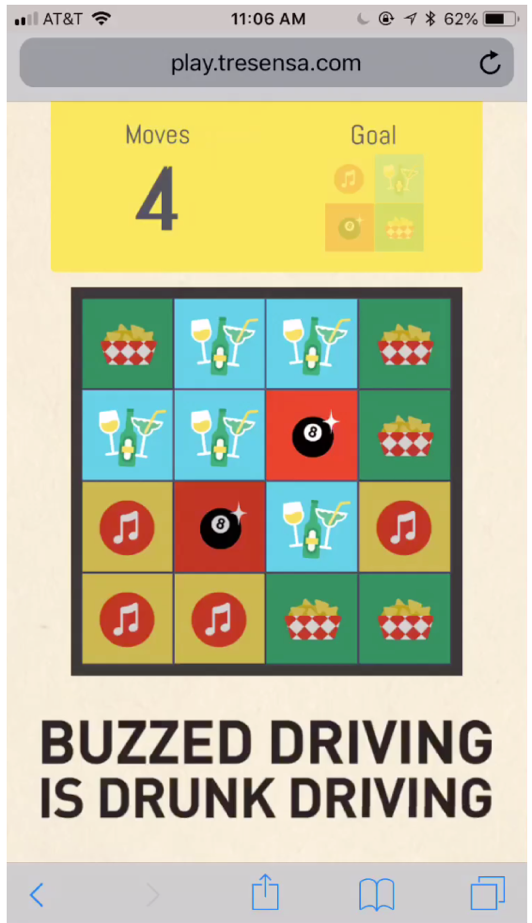