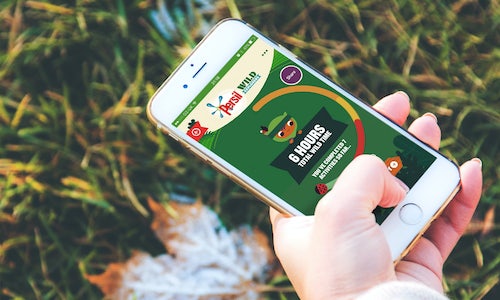 Persil's long-standing Dirt is Good positioning is often held up as an exemplar of Unilever's commitment to building brands by doing good. A passionate belief that getting messy through outdoor play is essential to the physical and psychological wellbeing of children is at the heart of the Persil brand.

But technology has made the problem even more acute. In today's connected world, it's harder than ever for parents to get kids away from a screen. Research showed that 1 in 3 children in the UK spend less than 30 minutes outside each day – with 20% not playing outside at all.

The first stage of the 2016 iteration of the Dirt Is Good project – provoke – was an above-the-line campaign focusing on the alarming fact that maximum security prisoners spend more time outdoors each day than the average UK child. This was followed, on social media, by an educate phase based on further original research into the startling lack of active play time children enjoy.

The final stage – the focus of the Wild Explorers app – was facilitate. This stage would be about empowering parents, helping them ensure that their children were able to enjoy the natural play time development experts advise is so necessary.

We set out to make technology part of the solution, not part of the problem. Our ambition was to inspire millions of hours of outdoor play – and to grow the brand as a result.

Wild Explorers is a simple idea – a native smartphone app for iPhone and Android that uses the device in every parents' pocket to inspire outdoor play. But more than 90 per cent of brand apps get fewer than 10,000 downloads. To realise our ambitions, we needed to create an experience that was intuitive, engaging and genuinely useful.

We sourced content from The Wild Network – a social enterprise who helped create a range of activities for different age groups, locations, group sizes and weather conditions. We created a simple user interface, making it easy for parents to share the experience of finding and logging an activity with their children.

We let parents record and share their activities so we could track the impact the app was generating. And we created a bespoke CMS platform to allow our content team to create push notifications, prompting repeat usage and ongoing engagement. Simplicity and useability would also be critical, as a: we wanted the whole family to get involved and b: it was about getting mucky outside, not staring at a phone screen.

Faced with a limited budget and a tight delivery schedule, we deployed a small agile team comprising a UX designer, a product owner and a developer. We used the Adobe Mobile framework to facilitate deployment to both the iOS and Android platforms, allowing us to produce a fully functional version of the app in just four weeks, and a full production release in six weeks.

The key challenge for us was the timeframe. We were brought in at the very last minute to replace an incumbent agency, and had to start from scratch with a delivery date less than three months away.

On top of that, Day One release on both iOS and Android was a must, potentially requiring simultaneous development on two different platforms. We produced a fully functional version of the app in just four weeks, ready for app store approval, and a full production release inside six weeks.

The App launched on time in the first week of June and we worked with a cross agency team to create an integrated promotional campaign that included on-pack, in-store, experiential and social media activity.

The results: The results delivered by the app were nothing less than spectacular…
• The Wild Explorers app was downloaded more than 125,000 times in just 3 months • UK children have logged more than 82,000 additional hours of outdoor play via the app
• The app generated significant PR coverage in traditional media – but significantly, we also saw extensive organic coverage in influential parenting blogs and social media influencers
• Millward Brown research found a post-campaign uplift of more than ten per-cent in public sentiment positively associating child development with outside play
• The 2016 Dirt is Good campaign delivered a percentage point uplift in brand equity according to Millward Brown 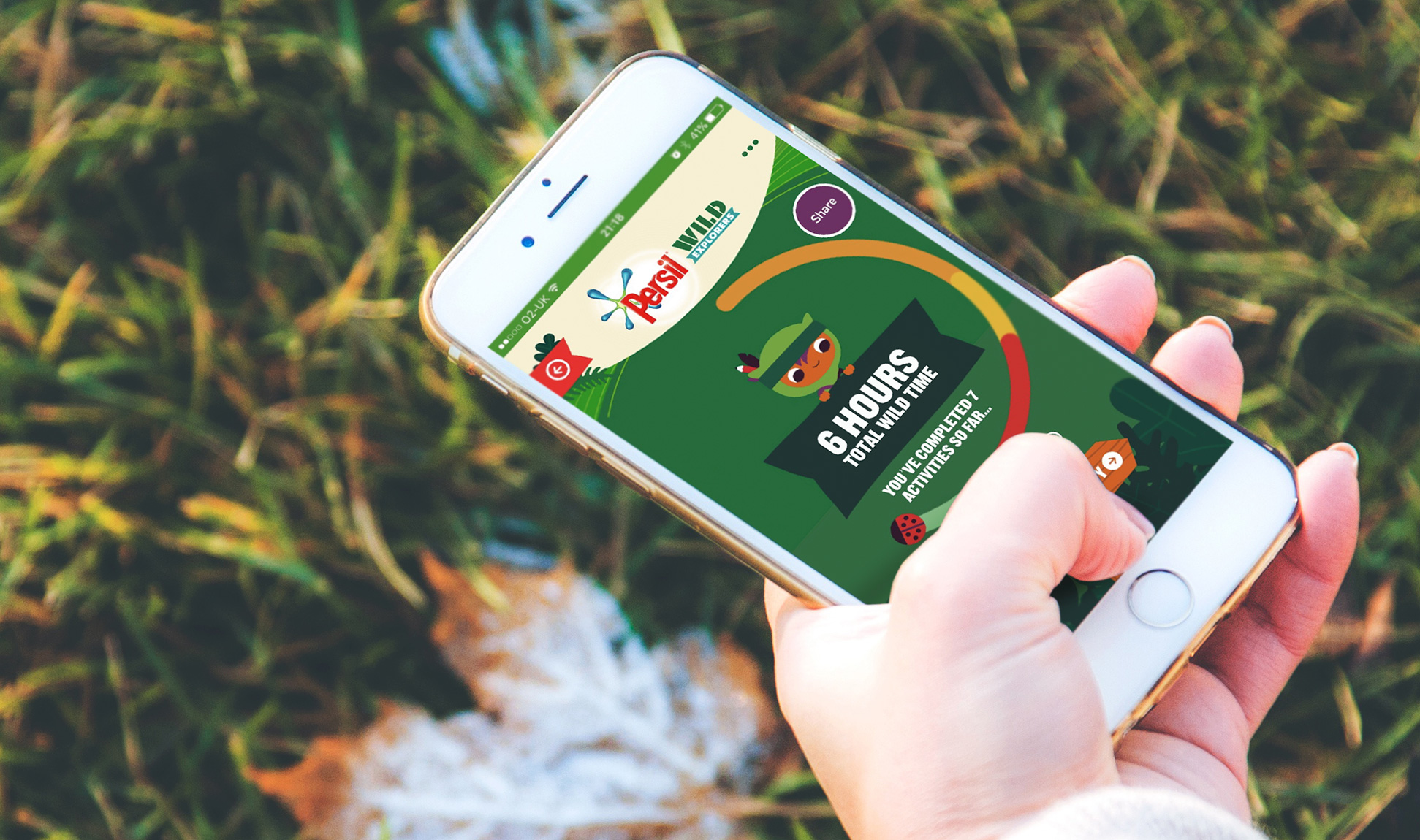 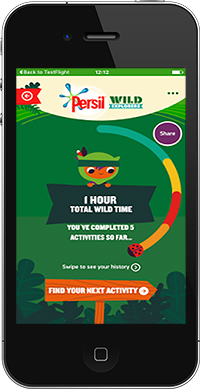 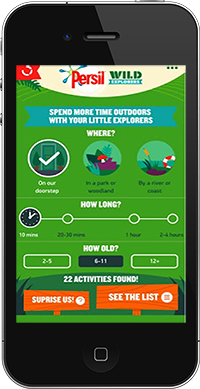