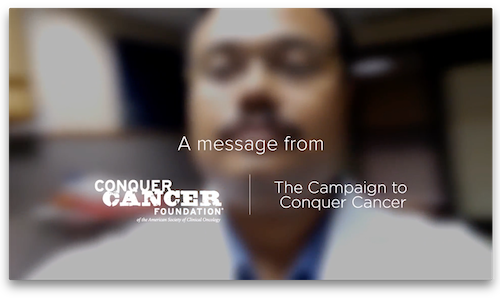 Entered in On a Shoestring, Video

The Conquer Cancer Foundation (CCF) is a small organization with a big goal: conquer the fear of cancer. CCF tasked True North with developing a compelling and motivating video to further express their mission of conquering cancer, specifically as CCF embarked on their biggest challenge yet: raising $150,000,000 as part of their Campaign to Conquer Cancer. One of CCF's greatest strengths is their network of funded researchers working around the globe to seek dramatic advances in the prevention, treatment, and cures of all types of cancer. This little nonprofit's story about funding the world's brightest researchers and biggest breakthroughs in cancer treatment was worth telling, but CCF didn't have the budget to fly a film crew around the world. We needed a way to bring the stories home.

Luckily, we live in a time when nearly everyone has HD video recorders in their pockets. So we got creative and asked CCF researchers to film themselves with their smartphones. We sent each researcher a list of questions to answer, along with some basic instructions.

"Shoot somewhere quiet and well lit. Frame yourself in the center of the shot. And, if possible, remember to hold the phone sideways." Before long, the videos started pouring in…from researchers in India, the Philippines, Iraq, Kenya and across the United States.

For the Our Calling video, these researchers were asked to "selfie"-style film themselves and their research labs, providing viewers with a personal window into the work of CCF -funded researchers. What resulted was an intimate, yet charming look at the research being undertaken, perfect for a unique organization like the Conquer Cancer Foundation.

Our Calling remains upbeat and positive, even when dealing with work as serious as cancer research. The "selfie"-style video footage allows the researchers to feel accessible, while the variety of countries they represent demonstrates CCF 's global reach. Though these researchers may be working in different countries and on different projects, they are connected through their support from CCF. By requesting that researchers film themselves, Our Calling remained a low-budget video that expressed what is most unique about the Conquer Cancer Foundation: their unwavering support of their researchers.

The Our Calling concept launched on CCF 's website and on social during the fall of 2016 and saw nearly 30,000 views on Facebook and nearly 600 on Twitter. Our Calling also ran on specifically select publishers, including one that dropped from a predicted $1.22 CPDR (cost-per-dollar raised) to an impressive $.99 CPDR after the introduction of the video content.

Video for Our Calling Video 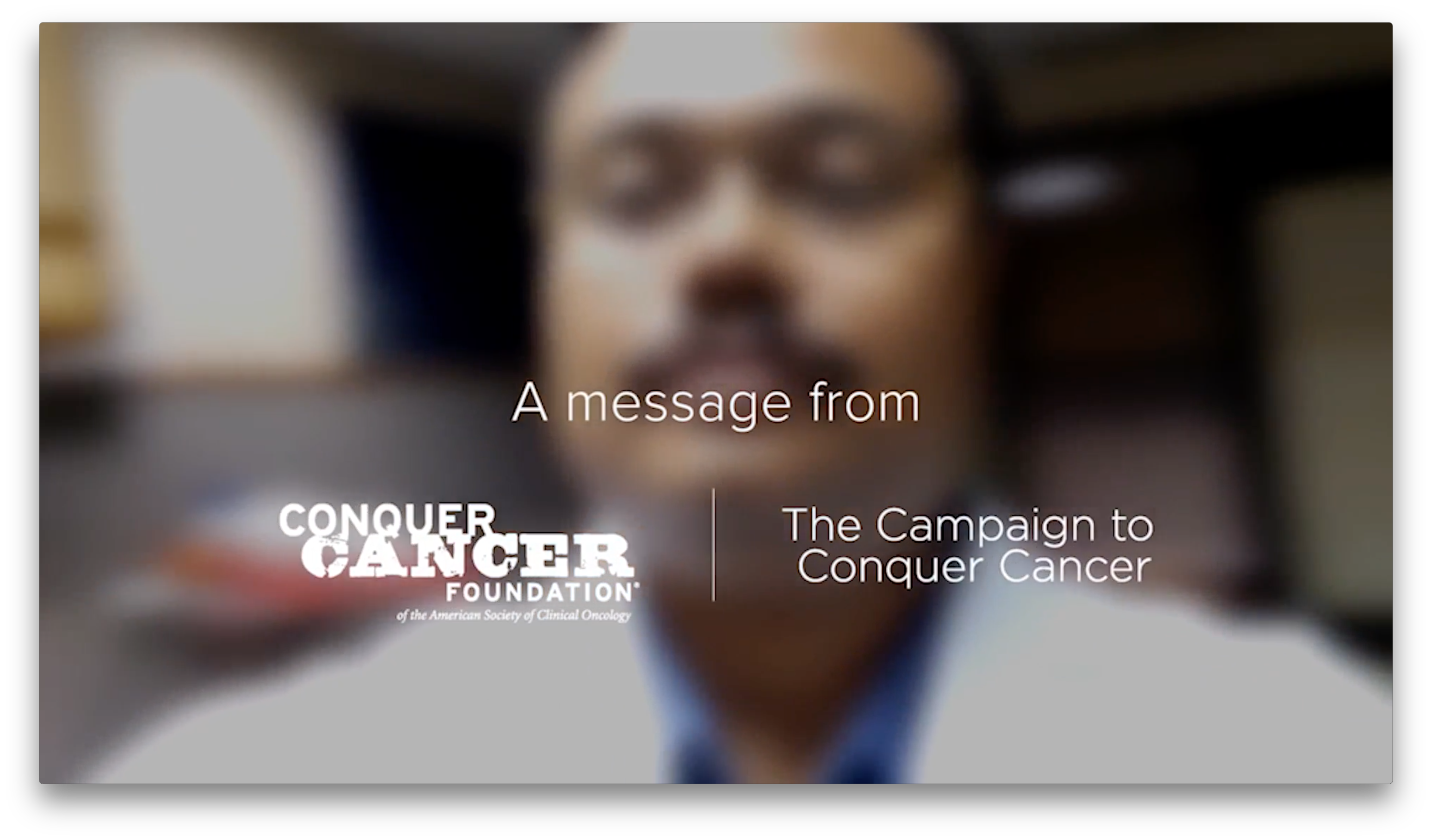