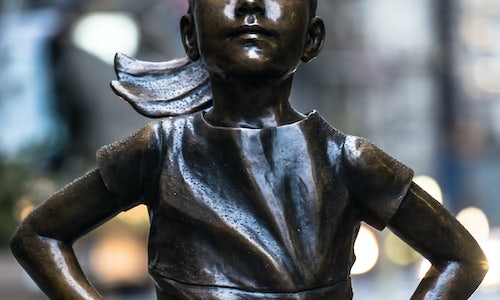 On the eve of International Women's Day, we challenged the symbol of corporate America—Wall Street's Charging Bull—with a bronze statue of a young girl, appropriately named "Fearless Girl." Fearless Girl was designed to represent the power of women today and tomorrow. Hands on hips, chin high, she stands strong in a place the business community couldn't ignore.

Along with the statue, we created #FearlessGirl and invited people across the world to use it in joining our fight by lending their voice and sharing images of the statue. With this social media campaign, we created the opportunity for Fearless Girl to be more than a single statue, but a unifying symbol that transcended her place on Wall Street.

SSGA wanted to make a statement: they had proven that companies with strong female leadership performed better than their male-led counterparts. Launching the SHE Fund was one strong action from the brand, but it only spoke to financial insiders.

To get broader awareness, the PR strategy was simple: choose the right moment (the eve of the first International Women's Day of the Trump era), the right place (opposite Wall Street's Charging Bull), and the right figure (a proudly defiant and expertly sculpted bronze girl). The strategy was all about context— cultural as well as physical.

SSGA's SHE Fund saw a 384% increase in its average daily trading volume in the week following the Fearless Girl launch. 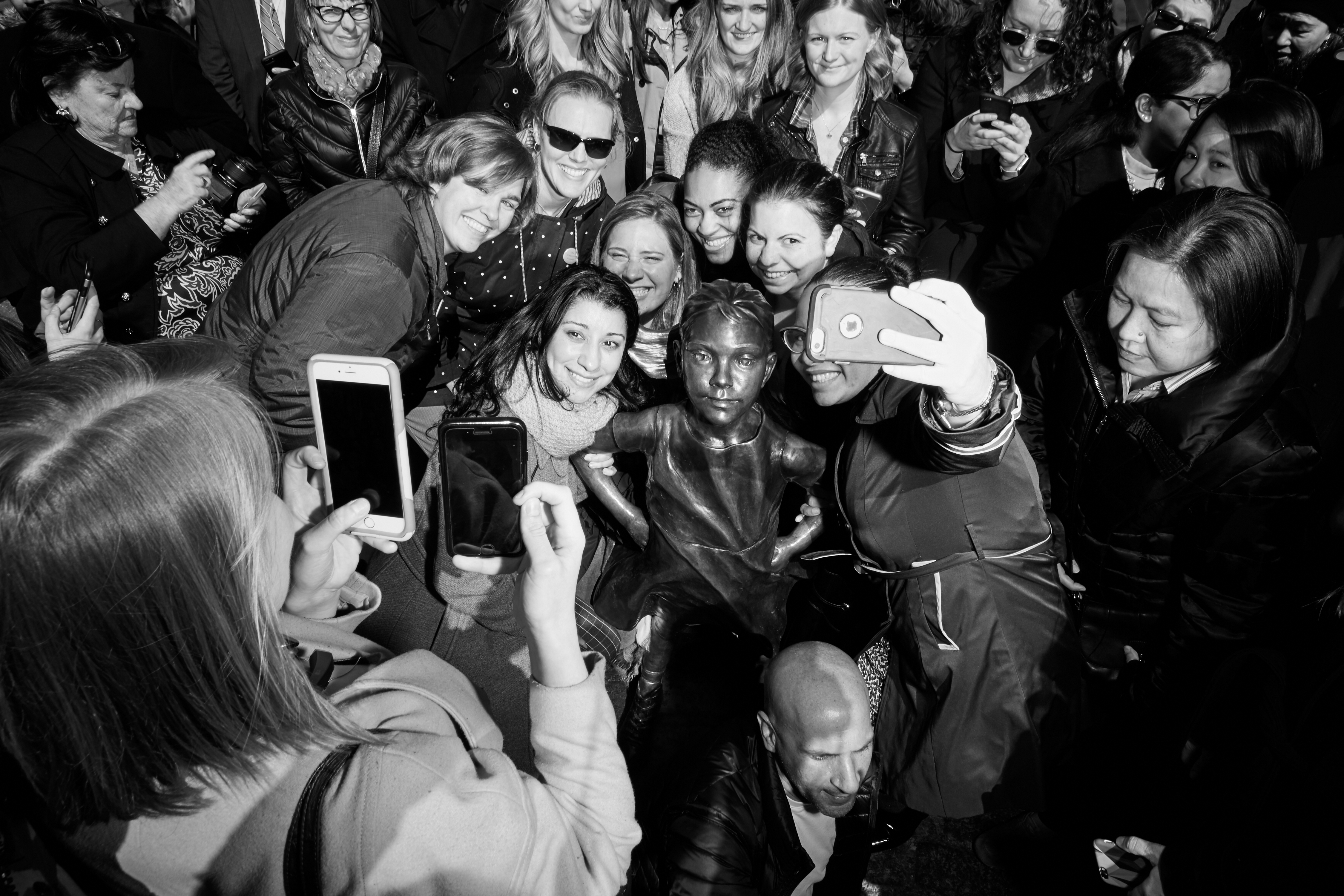 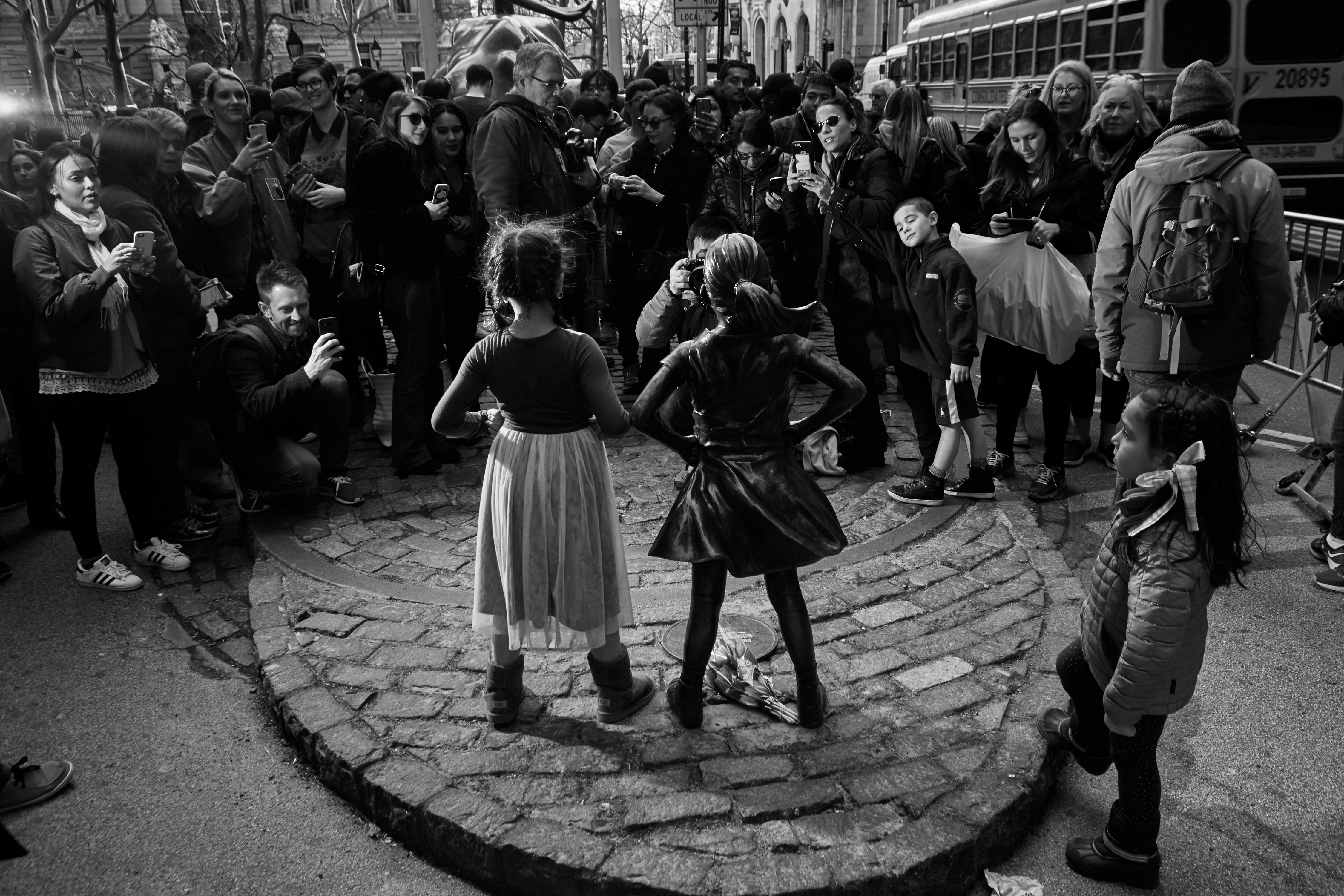 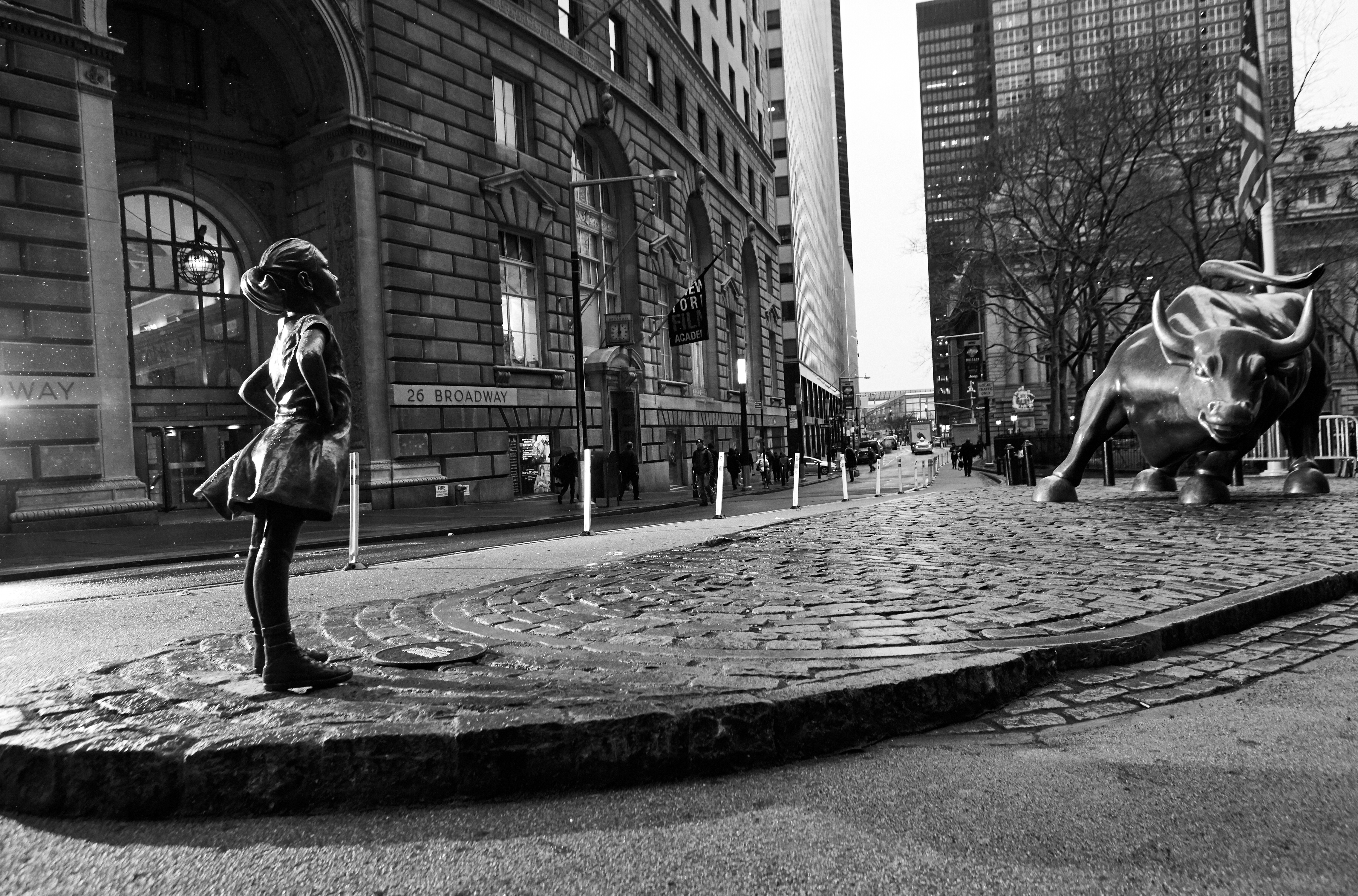 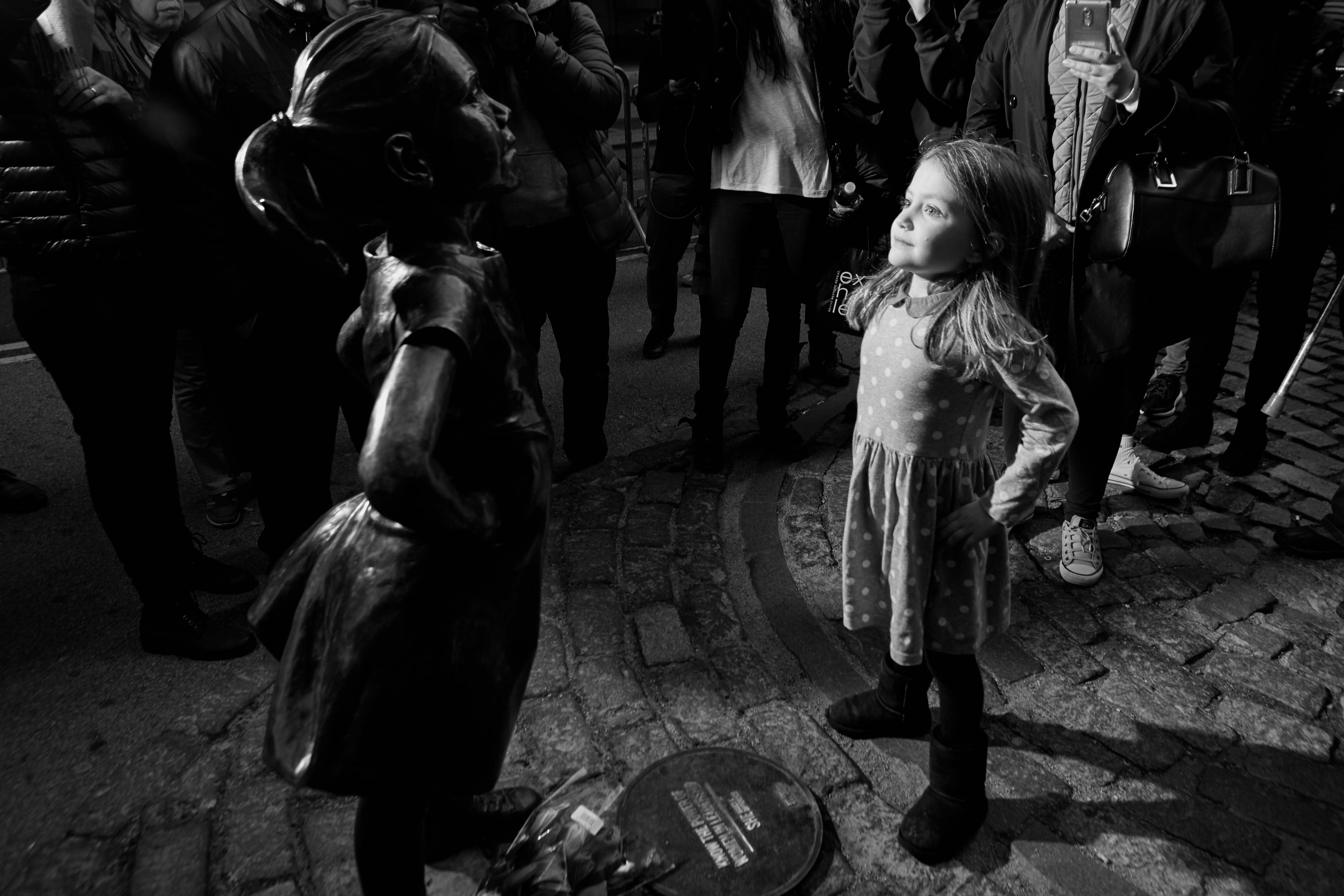 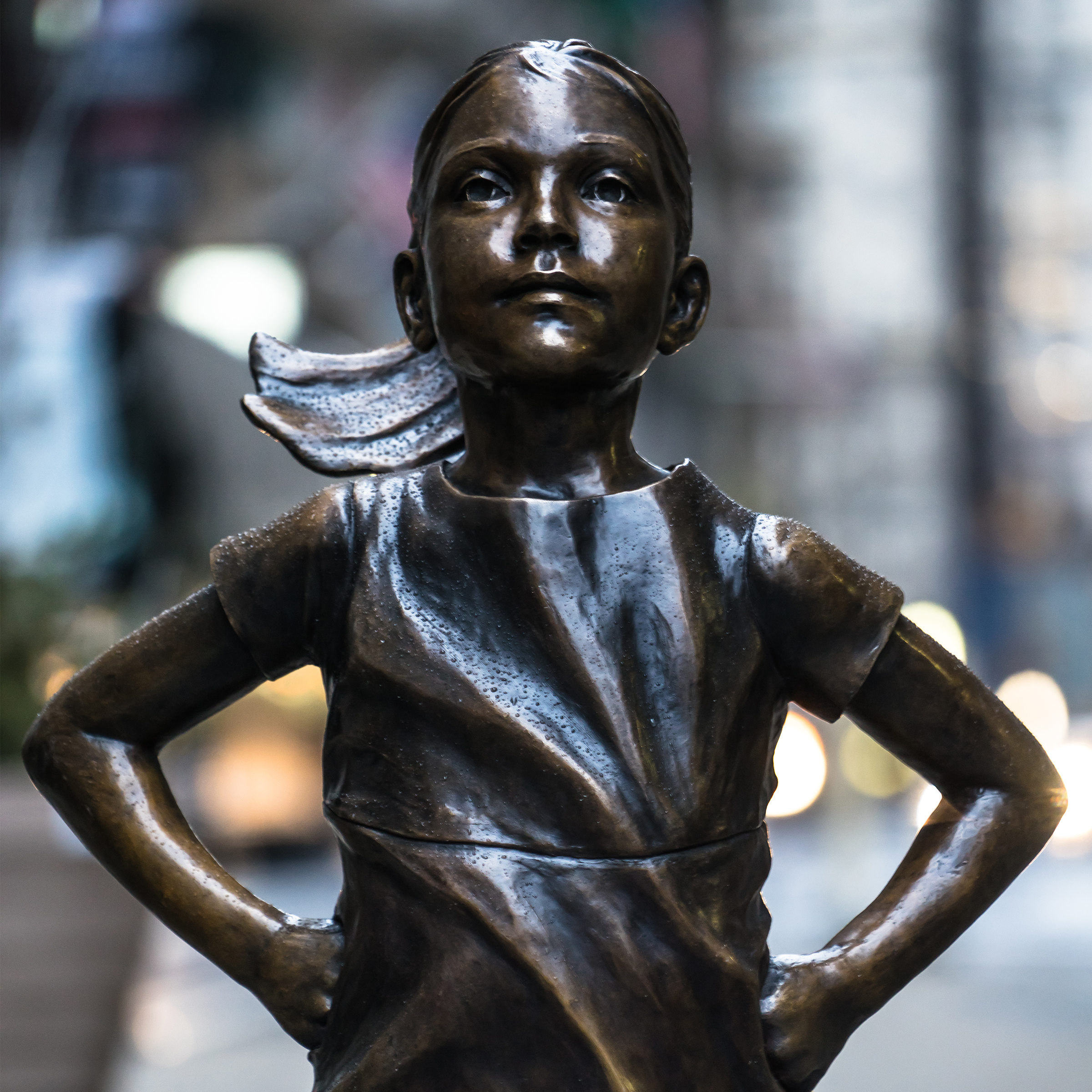