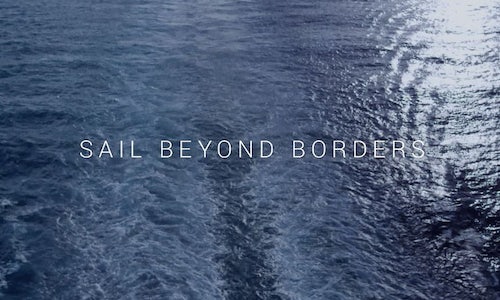 Celebrity Cruises believes in Opening up the World. Experiencing new and different places helps us grow. It shapes who we are and how we see the world. Travel, it is said, is the only thing you buy that makes you richer. Unfortunately, Americans today aren't traveling much. Only one-third of Americans have a passport, and those who do have a passport are either not using them or visiting somewhere they've already been. Which means our worldview is shrinking. To disrupt this travel inertia, with our stated goal of Opening up the World, we decided to take our message to the largest, most highly engaged audience possible and tap into a massive cultural moment: the first presidential debate.

Tapping into the social tension surrounding the first Presidential Debate, we launched "Beyond Borders", our new values-based brand campaign. While we kick-started the momentum with our TV spot, "Far Away" during the debate, and followed up with a high share of voice on digital news platforms, full-page print ads in high profile newspapers such as the New York Times and The Washington Post, the core of the campaign centered around generating social debate led by our CEO using the hashtag #BeyondBorders. Our goal was to create mass awareness, drive buzz, inform the public of what we stand for and spark a social conversation around opening up the world. We did just that.

While other brands have since followed suit, Celebrity was among the first to plant the flag on our values in one of the biggest cultural moments. Beyond Borders was the most successful brand campaign in the history of the brand.

We ignited a social conversation around #BeyondBorders and earned 61 million video views, 55 million added value impressions, and got 12.4 million people talking about us during the Debate. 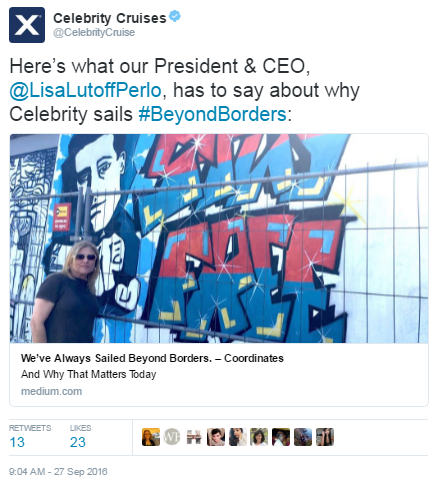 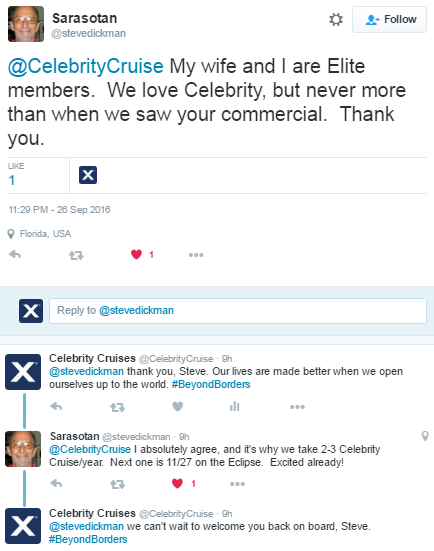 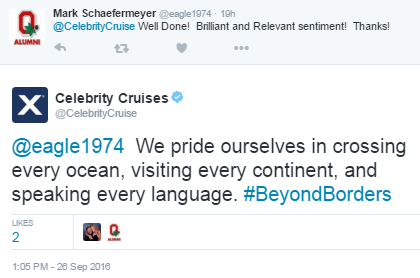 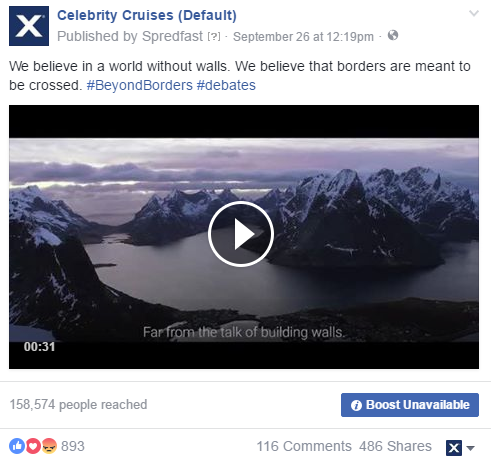