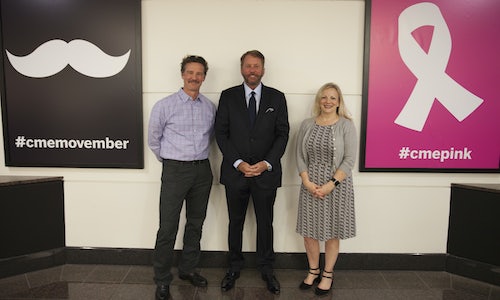 CME Group launched our partnership with Bright Pink and the Movember Foundation in the fall of 2015 with two goals in mind: To fuel more life-saving cancer education and research, and to continue to improve and save lives for those suffering from and at risk of developing these devastating diseases.

Our second annual Pink for a Purpose campaign was held in October 2016 in partnership with Bright Pink, and our Movember campaign in November 2016 with the Movember Foundation.

To kick off the campaigns, we provided a corporate donation of $250,000 to be divided between the two organizations. We then launched a widespread fundraising effort supported by CME Group employees and our colleagues in the financial exchange community.

Our campaign objective was to take the momentum from our corporate donations, and reach a total of $50,000 in donations from employees and those in the exchange community for both the Pink for a Purpose and Movember campaigns.

To do this, we set our sights on a social media campaign involving multiple platforms. We chose social media as the key campaign driver because of the opportunity to both build awareness and discussion around women's and men's health, and direct followers to donate on our Bright Pink and Movember fundraising pages.

To share the experiences of employees and others taking part in the effort, we established the #cmepink and #cmemovember hashtags to mark events, donations, fundraising pages and general awareness of the campaign. Dozens of employees and partners used the hashtags, while we shared posts throughout October and November on our corporate Twitter and Instagram channels. We focused exclusively on Twitter and Instagram to focus our effort on the channels with the greatest amplification benefits, and to maximize recognition of the campaigns through our hashtags.

To implement the hashtags and drive awareness to the social media campaign, we featured #cmepink and #cmemovember signage at company-wide kickoff events that included appearances from Bright Pink and Movember Foundation executives. We also highlighted the hashtags in employee communications and in e-mail outreach to our exchange community partners. We supported this with announcing our partnerships with Bright Pink and Movember Foundation on Twitter, Instagram and Facebook, and drove followers to donation pages while using the hashtags.

A dynamic social content calendar was critical to our campaign as well. During October and November, we implemented a regular schedule of images, gifs and infographics on Twitter and Instagram highlighting #cmepink and #cmemovember events and information. These ranged from simple hashtag graphics driving awareness of the campaign to weekly photo ops with employees called Pink Fridays (October) and Mustache Mondays (November), and posts linking to individual and corporate fundraising pages where followers could participate by donating to the cause. Each individual or team fundraiser had their donation page featured on our Bright Pink and Movember donation pages so fellow employees and those in the exchange community could easily support friends and colleagues in their fundraising efforts.

Because our campaign focus was global, we also organized events at our offices around the world that we then shared on Twitter and Instagram using #cmepink and #cmemovember. Locations included London, New York, Chicago, Singapore, Belfast and Bangalore – all with CME Group employees supporting the cause by wearing pink in October or sporting mustaches in November. This helped gather additional support in those offices and regions, and helped our campaign reach a larger, more diverse global audience.

The success of the campaign was measured by social media engagement and fundraising totals from our #cmepink and #cmemovember campaigns.

More importantly, the social attention helped bring in $130,000 in donations from those participating in the #cmepink and #cmemovember campaigns. Our U.S. fundraising team, in fact, topped the Movember leaderboard as the #1 fundraising team in the country.

Altogether, the campaign surpassed its fundraising goal by 30 percent. Social media posts from our owned Twitter and Instagram channels drove more than 1,000 visits to donation pages.

In aggregate, the campaigns raised nearly $400,000 in 2016 to help fight cancer, and promote men's and women's health. 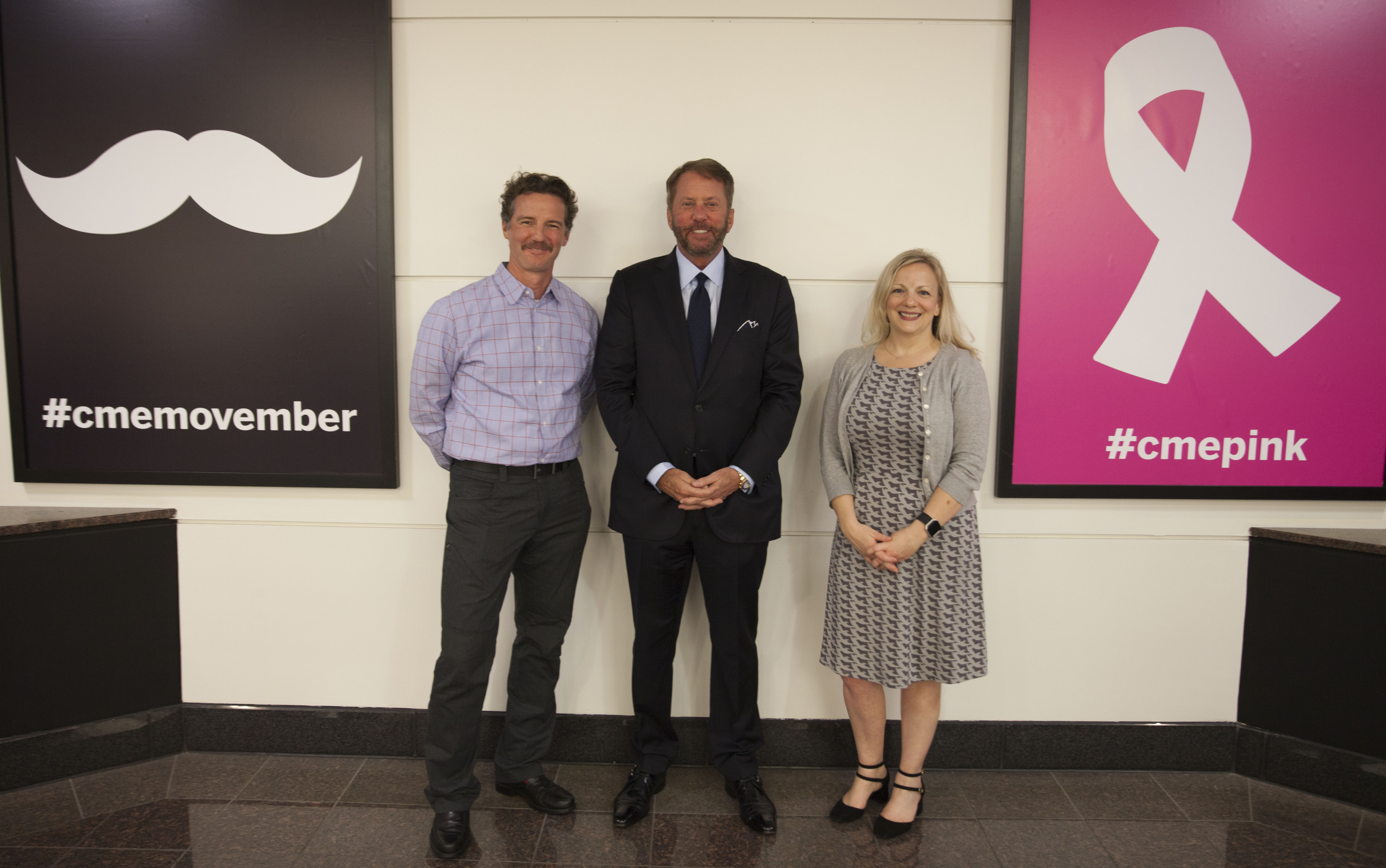 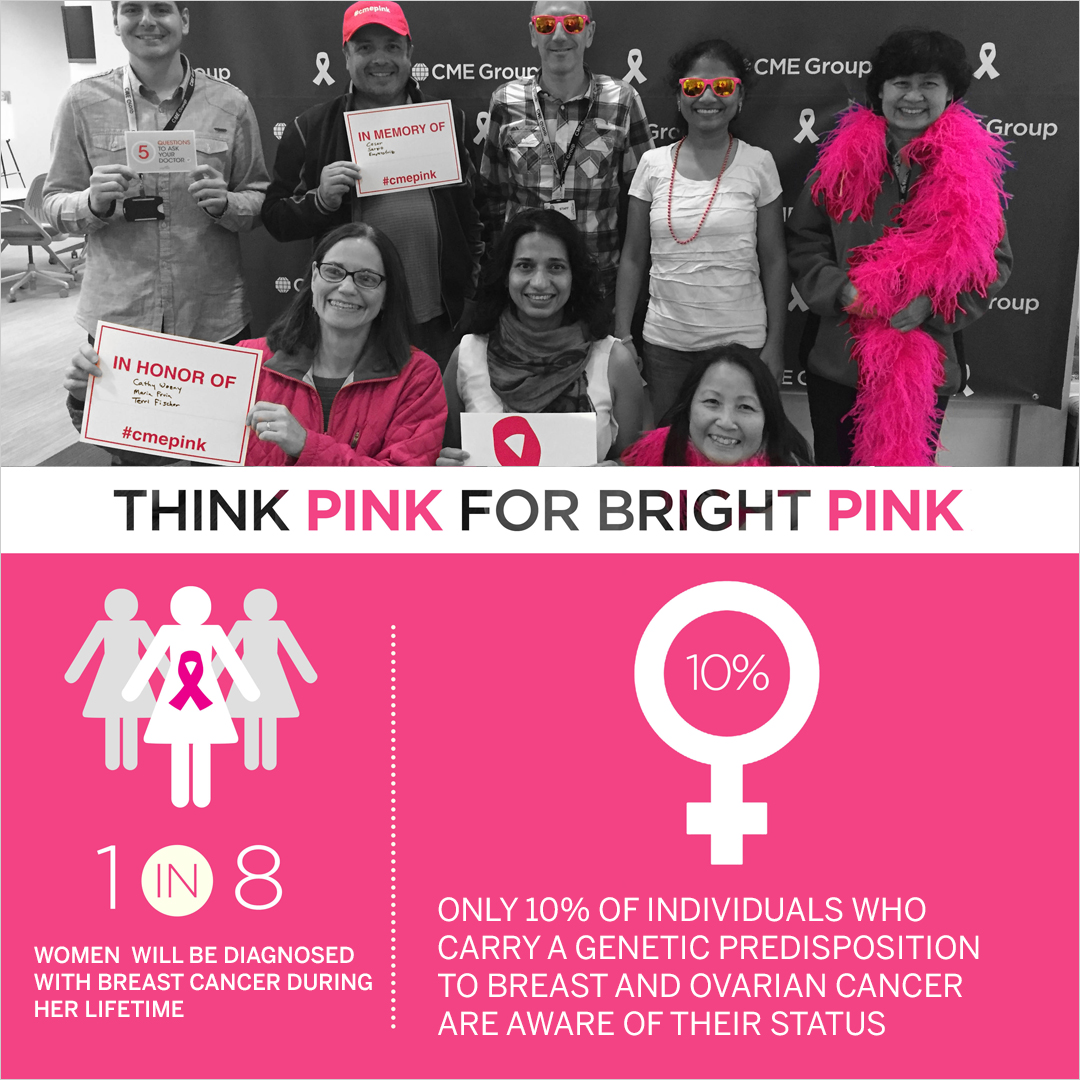 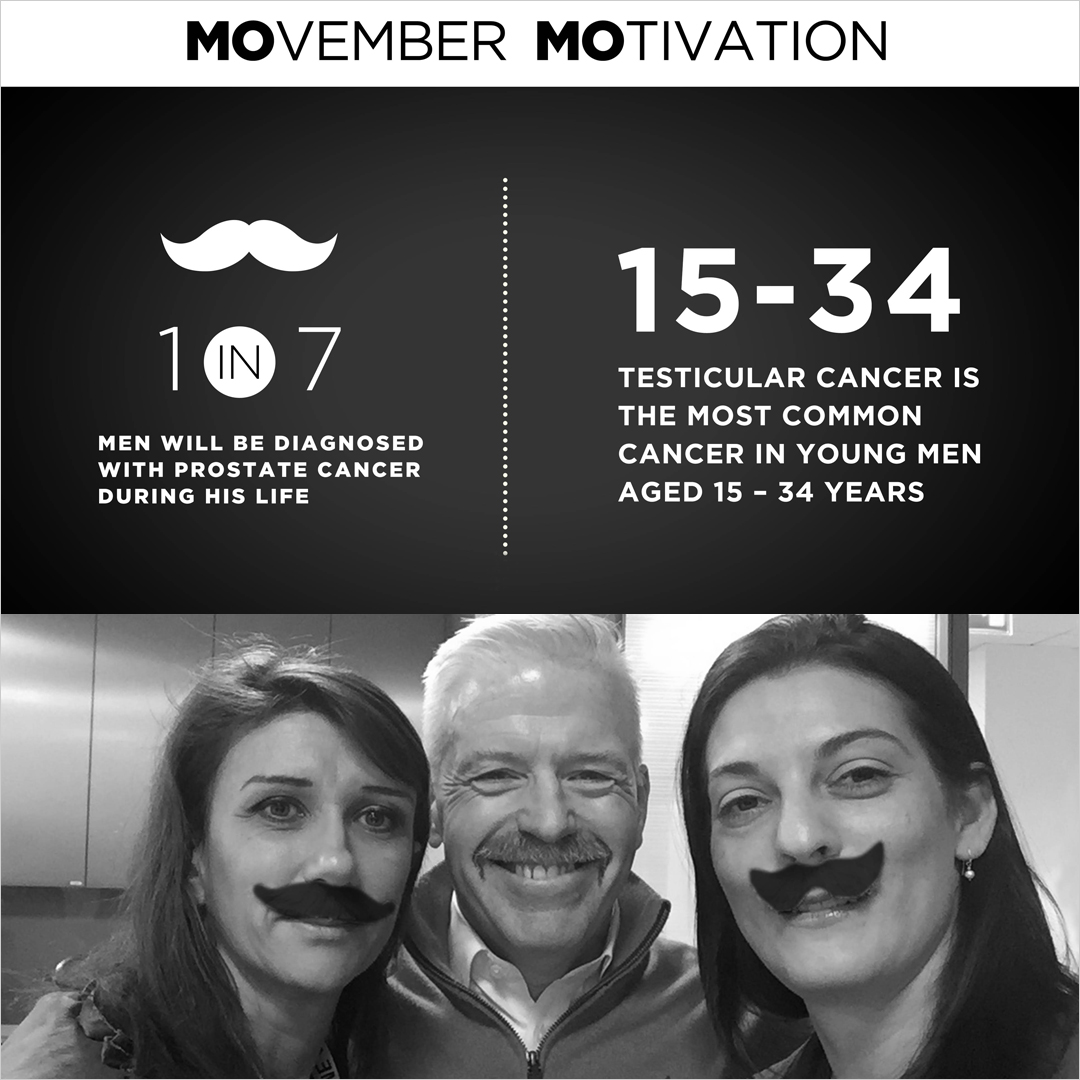