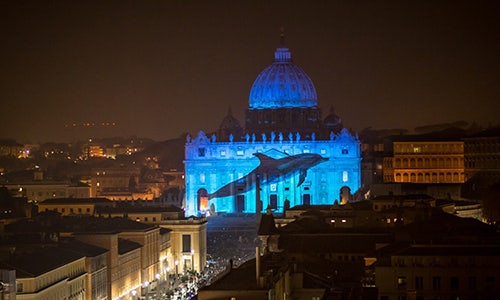 The final song of the last remaining O'o bird from Kauai offered a profound and moving message: Climate change is irreversibly transforming the planet. The species has, like so many others, fallen prey to an ecosystem that is changing faster than it could possibly adapt to. Now extinct, the Kauai O'o has been forever lost to due to climate change.

As a partner agency to Paul Allen's Vulcan Inc., Edelman's objective was to drive awareness of, engagement with and action on this global crisis and broadcast to a world audience Mr. Allen's commitment to conservation. We sought to communicate the immediacy of this issue in a way that would transcend language and nationality.

We also aimed to inspire action by using technology to empower audiences around the globe to voice their support and then reach delegates at the 2015 Paris Climate Conference with proof that the world is ready for bold new climate change resolutions.

We researched reports from Vulcan's previous humanitarian initiatives and other similarly far-reaching social change programs, and conducted robust audits of key social channels and influencers. We found inspiration in the Pope's encyclical and the Vatican's traditions, including cultural significance and religious practices.

Through this discovery phase, we realized that to impact a global audience, we must tell the story of climate change in a way that would be relatable and engaging.

A Vulcan-led coalition launched Fiat Lux: a public art installation that projected massive and overwhelming imagery of wildlife and nature onto the facade of St. Peter's Basilica on Dec. 8, 2015.

The installation's powerful imagery was designed to communicate the urgency of the situation facing us and our "common home": a credible threat of mass extinction.

The execution of the installation included:

The campaign captured worldwide attention, generating more than 430 million impressions and 7 million video views, including coverage in The New York Times, BBC, NBC, National Geographic and myriad other international publications. Fiat Lux was the lead topic on Twitter Moments the following day and trended on both Twitter and Facebook during peak times.

Thanks to a compelling story, powerful visuals, strong media and social strategies, and proactive management of the global audiences, Edelman met or exceeded all program objectives and goals.

•We reached a global audience:

o Potential audience reach was more than 4.4 billion, including 998 articles published in seven languages across six continents, and over 14,000 Twitter mentions.

o The live-stream and highlight videos had more than 7.2 million views across the content hub, Facebook, National Geographic, BBC, NBC and other venues.

•We elevated Mr. Allen's profile as a conservationist among coalition partners and would-be collaborators:

o Mr. Allen's commitment was mentioned in the majority of coverage, highlighting his ongoing support for climate change reform.

o Mr. Allen and Vulcan's tweets were favorited more than 1,000 times, demonstrating his leading voice during the event. 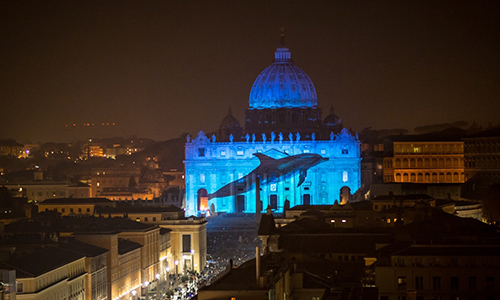