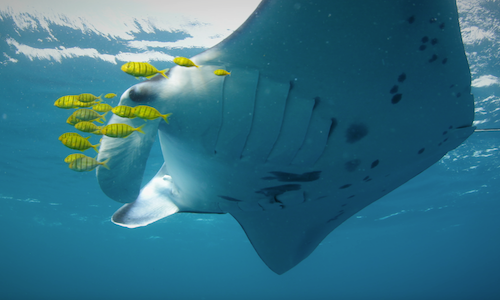 The world's oceans are under severe threat, but we know one method -- community-based conservation -- can make a measurable difference. Until now, the best way to inspire policymakers, business leaders and everyday citizens to engage and invest in our work was to take them on a site visit to experience these worlds for themselves. Because that's costly and complex, our reach had been limited to the very few who can afford to make such a remarkable journey.

Virtual reality changes all that - allowing more people to experience the beauty and importance of these places without the time or cost of travel. The immersive experience of VR creates higher levels of empathy that can change minds, influence behavior, and lead to greater empathy and support for conservation of our ocean ecosystems.

"Valen's Reef" is a touching, immersive virtual reality film that shares the wonder of some of Earth's most beautiful reefs through the eyes of West Papuan fisherman-turned-coral-reef- scientist and conservationist Ronald Mambrasar and his 8-year-old son, Valen. Together, they take viewers on an underwater journey among the region's stunning sea life, including manta rays and sharks. Ronald shares how his people have reclaimed their ancestral waters, creating one of the world's most successful community-based marine conservation projects.

To tell the story of the importance of community-based conservation, Conservation International transports viewers to one of the most biodiverse marine sites in the world. From the east coast of the United States it takes 4 flights, 1 boat ride and over 40 hours to travel to the Bird's Head Seascape. "Valen's Reef" takes viewers there and back in less than 7 minutes.

Not long ago, this underwater paradise was decimated by commercial fishing, poaching and damaging practices like blast fishing — the detonation of explosives on the reefs to stun fish and increase catches. In just 10 years, conservation efforts have brought the area back.

Now, fish populations have rebounded; sharks, whales and rays have returned; poaching is down 90%; coral is recovering; and ecotourism has flourished — all while local people's access to education, food and livelihoods have improved. The Bird's Head Seascape is poised to transition into an independent, community managed network Marine Protected Area. As one of the most successful conservation projects in the world, it stands as a model for other programs.

"Valen's Reef" shares the wonder of some of Earth's most beautiful reefs through the eyes of West Papuan fisherman-turned-coral-reef- scientist and conservationist Ronald Mambrasar and his 8-year-old son, Valen. It's a touching story of what it means for a father to protect his home for the next generation.

CI brought this touching story -- and cutting edge technology -- to people around the world by harnessing the power of both online and offline strategies. Viewing options included Samsung Gear VR, Google headsets, 360 degree versions of the film on social media and CI's website.


On June 8, World Oceans Day, "Valen's Reef" privately premiered for a small group of social media influencers. From June 8 to June 20, CI built suspense for the official film launch by teasing photos, video clips, 360 degree teaser clips, and infographics related to the film on social, web and email platforms. Throughout this teaser phase, CI drove engagement by promoting a Samsung GearVR sweepstakes campaign. On June 20, the YouTube 360 embed version of the film launched on the YouTube stage at Cannes Lions International Festival of Creativity and rolled out on all CI platforms. On June 24, the Vrse app version of the film publicly launched. CI then took the VR film on the road, screening the film at events and venues around the world, including the Aspen Ideas Festival.

"Valen's Reef" received a number of celebrations in media, including Mashable, The Inertia, Fusion, Wired and Wareable. The Inertia called the film "...the best use of virtual reality yet." Wareable raved, "VR and nature conservation truly go hand-in-hand and this video should convince you." The extensive social media campaign resulted in more than 2.6 million social impressions and climbing, over 258,000 engaged users, and nearly one million views on YouTube. 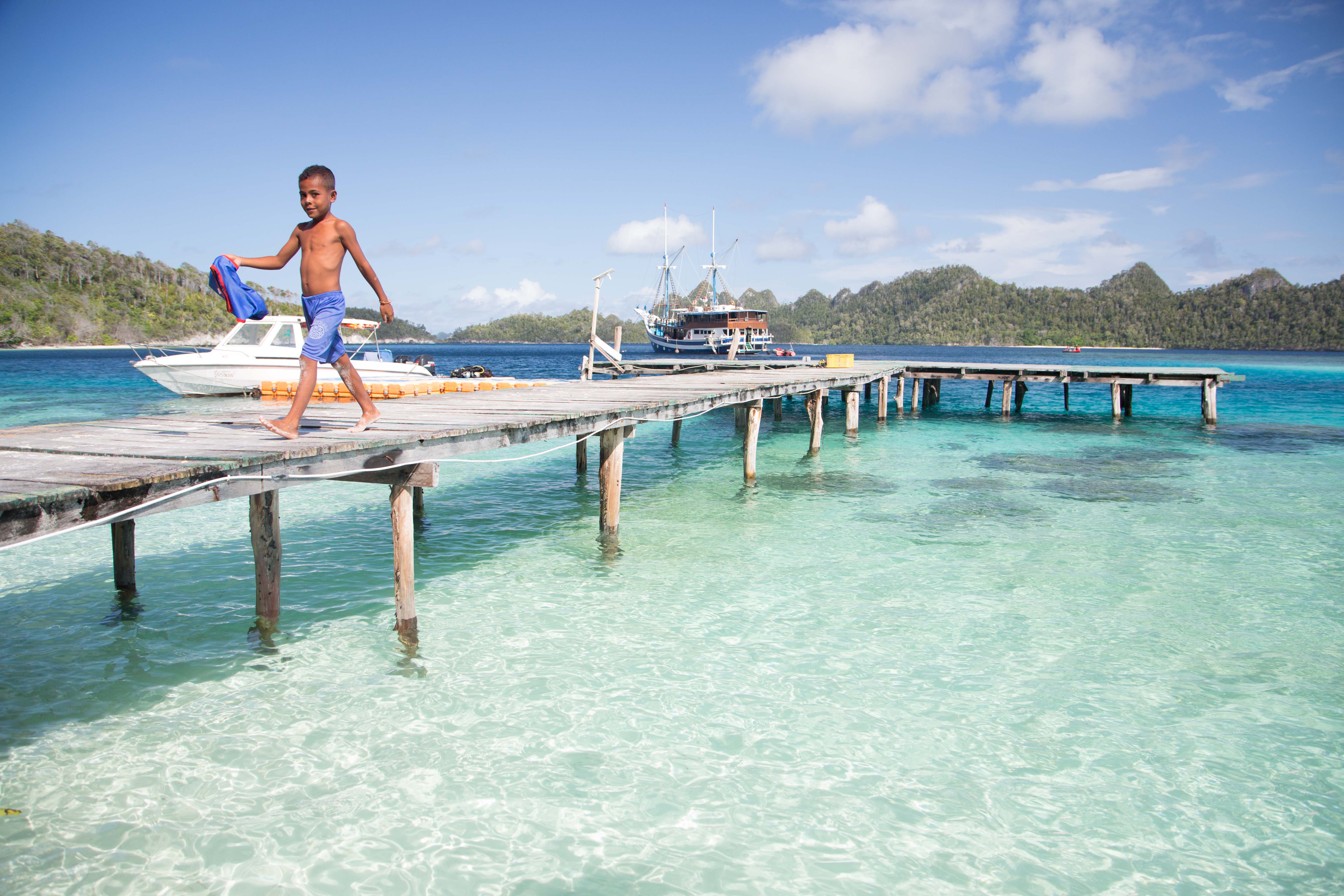 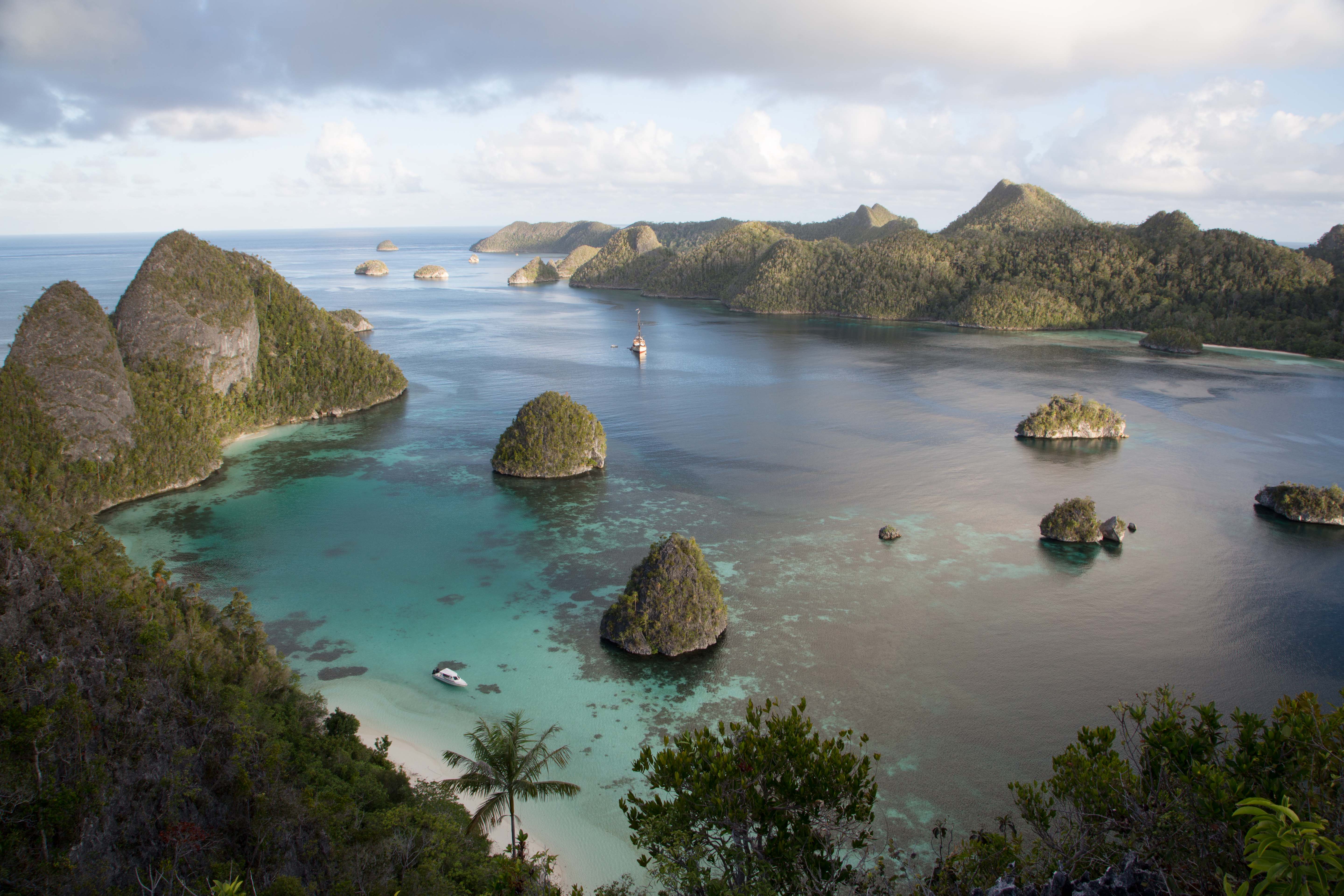 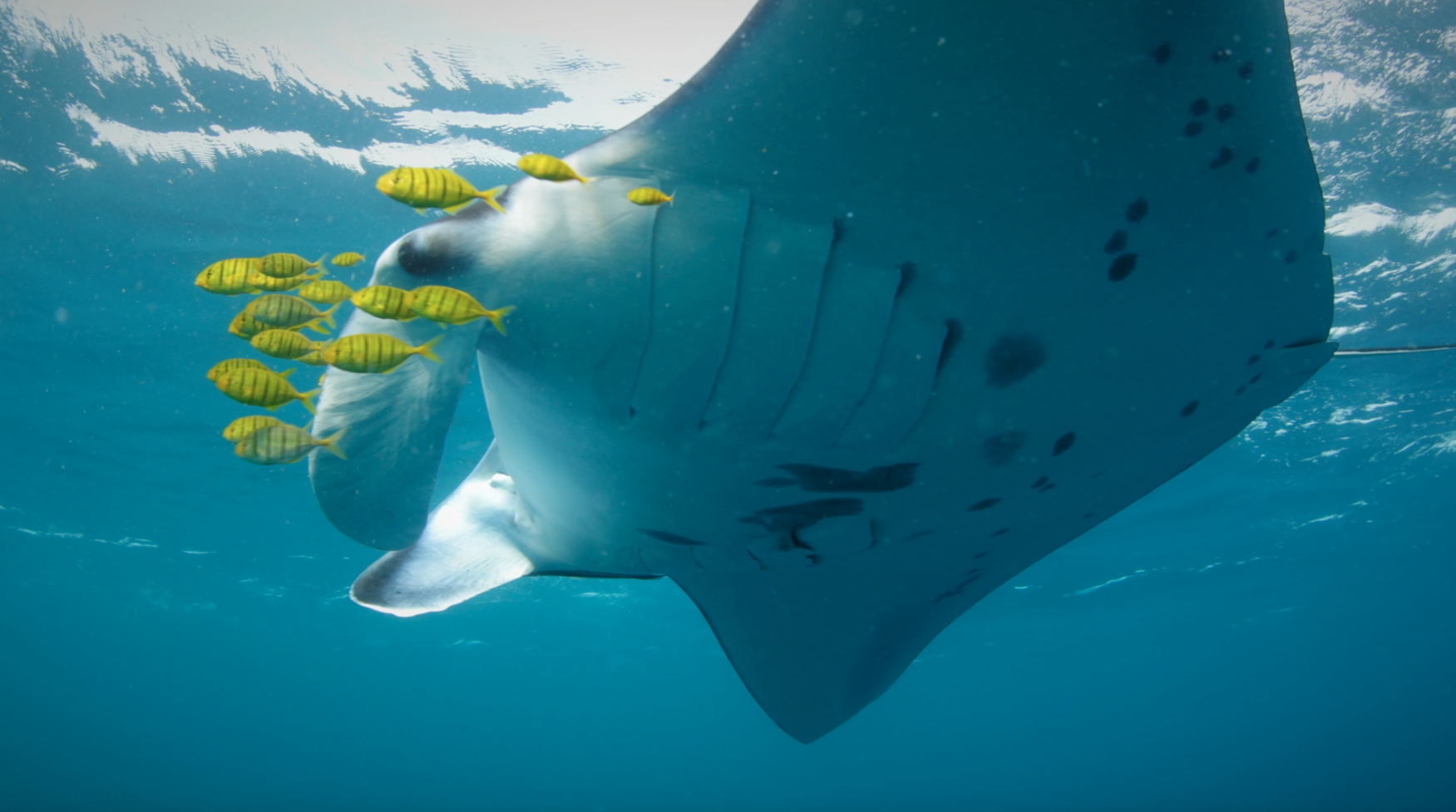 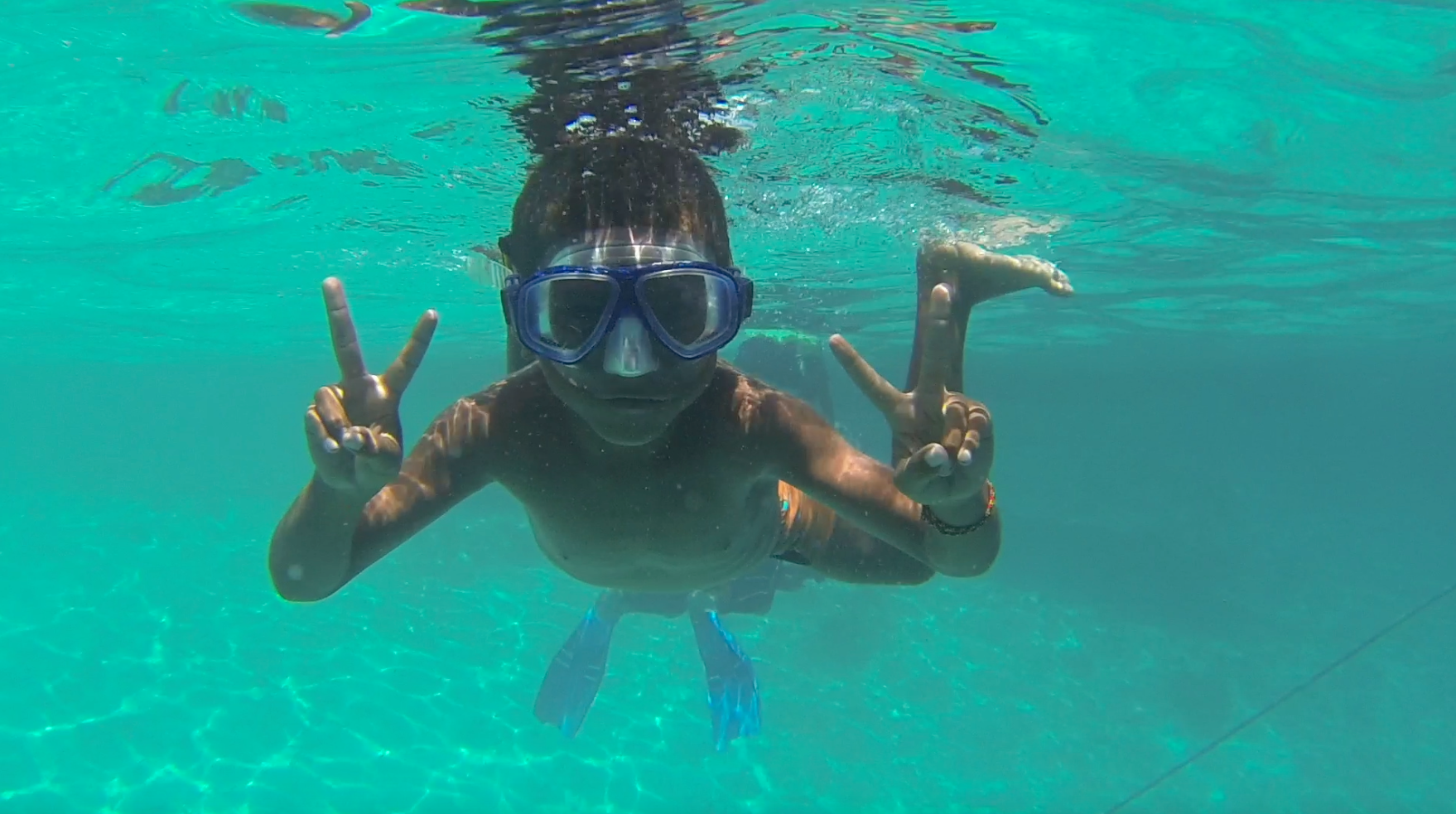 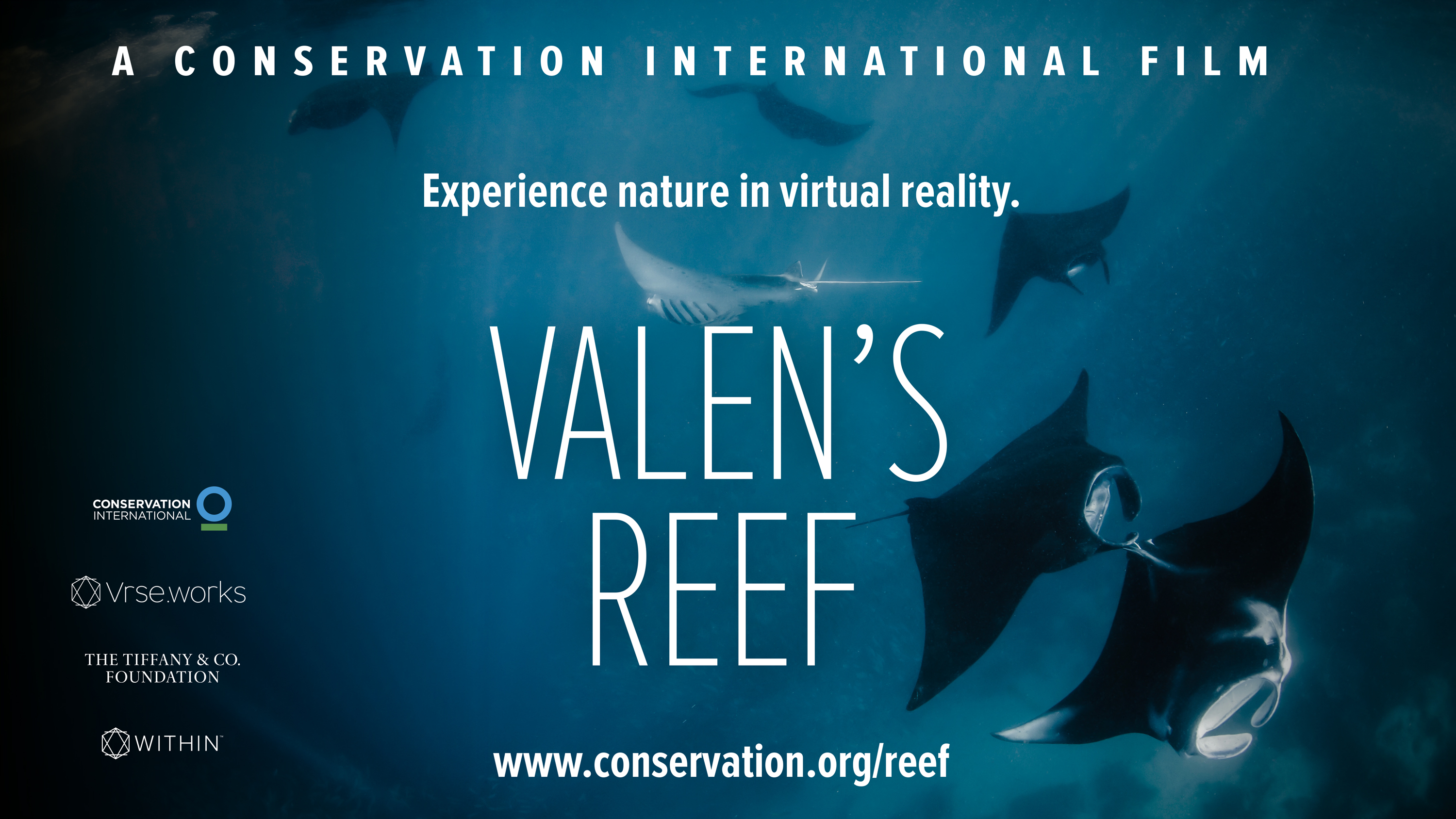