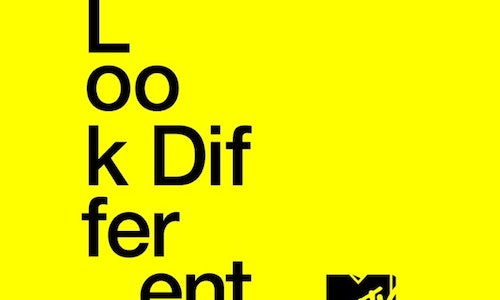 MTV's Emmy Award-winning "Look Different" campaign helps America's youth better recognize and challenge hidden racial, gender and anti-LGBT biases, empowering them to create a more equal future. While Millennials are widely considered the most diverse and tolerant generation in history, 94% see bias in their lives and 8 in 10 believe bias is at the root of a lot of the world's problems. Today, discrimination based on race, gender and sexual orientation can be quite subtle – and most young people feel ill-equipped to respond when they see it. To support our audience in reaching towards a world without prejudice, MTV has built a coalition of the foremost authorities and tackles this issue on all of our platforms, including on-air programming, social media engagement, innovative digital tools and much more.

To execute this campaign and empower today's youth to challenge biases, MTV tapped into a variety of resources, including on-air programming, social media, innovative digital tools and celebrity engagement.

On Martin Luther King Day in 2015, MTV aired #TheTalk, a ground-breaking multiscreen effort that encouraged candid, confident conversations on race. #TheTalk took over MTV for a 12-hour period in which all programming aired in black and white for the first time in network history. Every commercial block began with reflections on race from celebrities, politicians and activists, including rapper Kendrick Lamar, film director Ava DuVernay, Senator Rand Paul and more. Mic.com called this initiative "a radical way of forcing digitally distracted millennials to encounter the conversation about race."

In the summer of 2015, MTV unveiled a major expansion of "Look Different" with new gender bias initiatives. MTV invited the audience to look differently at gender biases ranging from the unintended consequences of micro-aggressions, street harassment and slut-shaming, to rape culture, workplace inequality, masculinity, and more.

MTV also addressed gender identity by premiering "True Life: I'm Genderqueer," which served as a first-of-its-kind episode that followed two genderqueer youth, each of whom didn't identify with the traditional gender categories of "man and woman."

On April 12, 2016 (Equal Pay Day), MTV unleashed a nationwide protest of the gender pay gap with the creation of the "MTV Look Different 79% Work Clock" — a physical clock that chimes at 3:20 p.m. to signify that women, on average, are paid only 79 percent of what men are paid annually. MTV manufactured and distributed hundreds of "79% Work Clocks" to influential business leaders, politicians, journalists, actors and artists -- including Shonda Rimes and Hope Solo, who shared the clocks with their social followers -- and featured the clock across its on-air, digital and social media platforms.

Look Different is connecting deeply with the MTV audience: 95% view the campaign favorably and 94% say it matters, according to MTV research. Many of these young people are taking to social media to engage with the campaign and help drive a meaningful conversation on bias, which has led #LookDifferent to trend both nationally and globally on Twitter. Even more importantly, Look Different has inspired the audience to take a stand, from undoing their own hidden biases to learning how to challenge bias when they see it. To date, over 2 million actions have been taken by young people nationwide.

Look Different is also reaching the broader public through coverage in The New York Times, The Washington Post, LA Times, USA Today, TIME, Vanity Fair, The New Yorker, The Atlantic, NPR, PBS, BuzzFeed, People, Entertainment Weekly, MSNBC, AdWeek, and Rolling Stone, among other outlets, with Fast Company stating "when it comes to saturating the mainstream, MTV is still a powerhouse…which makes the company's "Look Different" campaign…downright timely." The Daily Beast commended MTV's White People, saying: "White People is a fascinating look at race constructed, discussed, and deconstructed by a famously un-self-critical demographic. Behind the hype and controversy is a documentary with radical DNA and a well-meaning, well-timed mission. Trust me; you've never seen anything quite like it." AdWeek called White Squad "thought provoking, exceptionally well executed and controversial … one of the best social issues campaigns in recent memory." 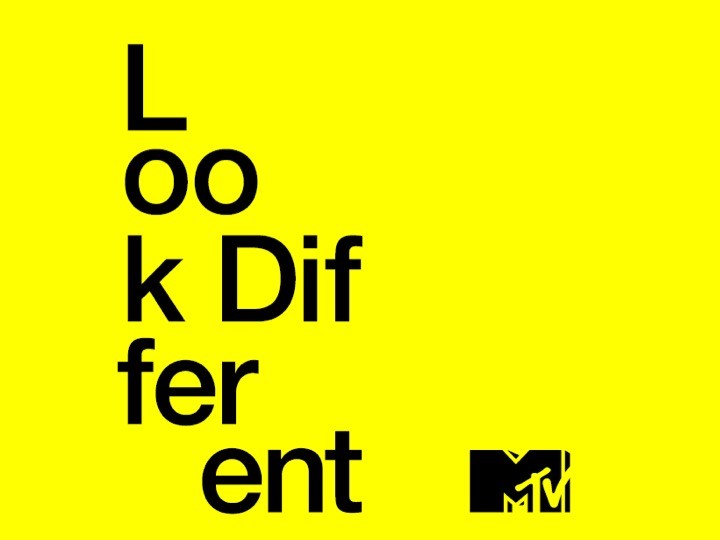 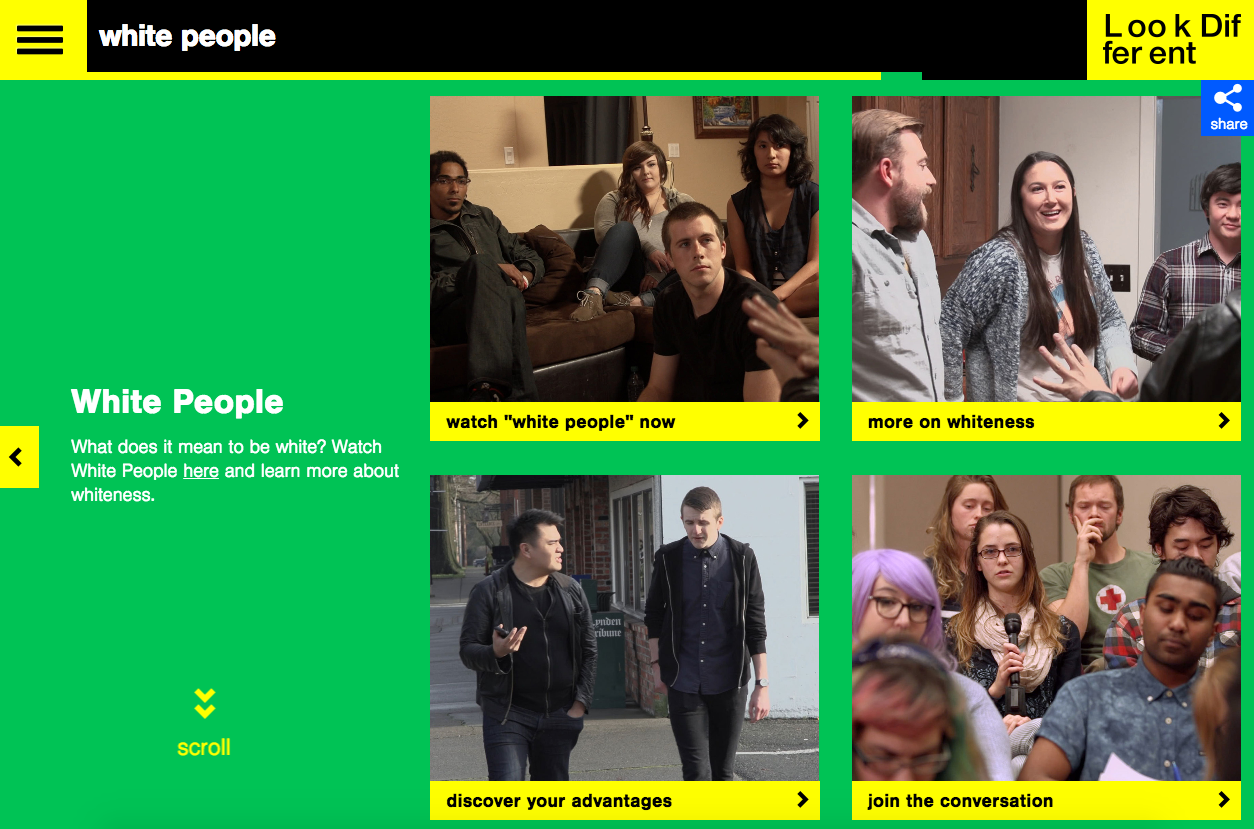 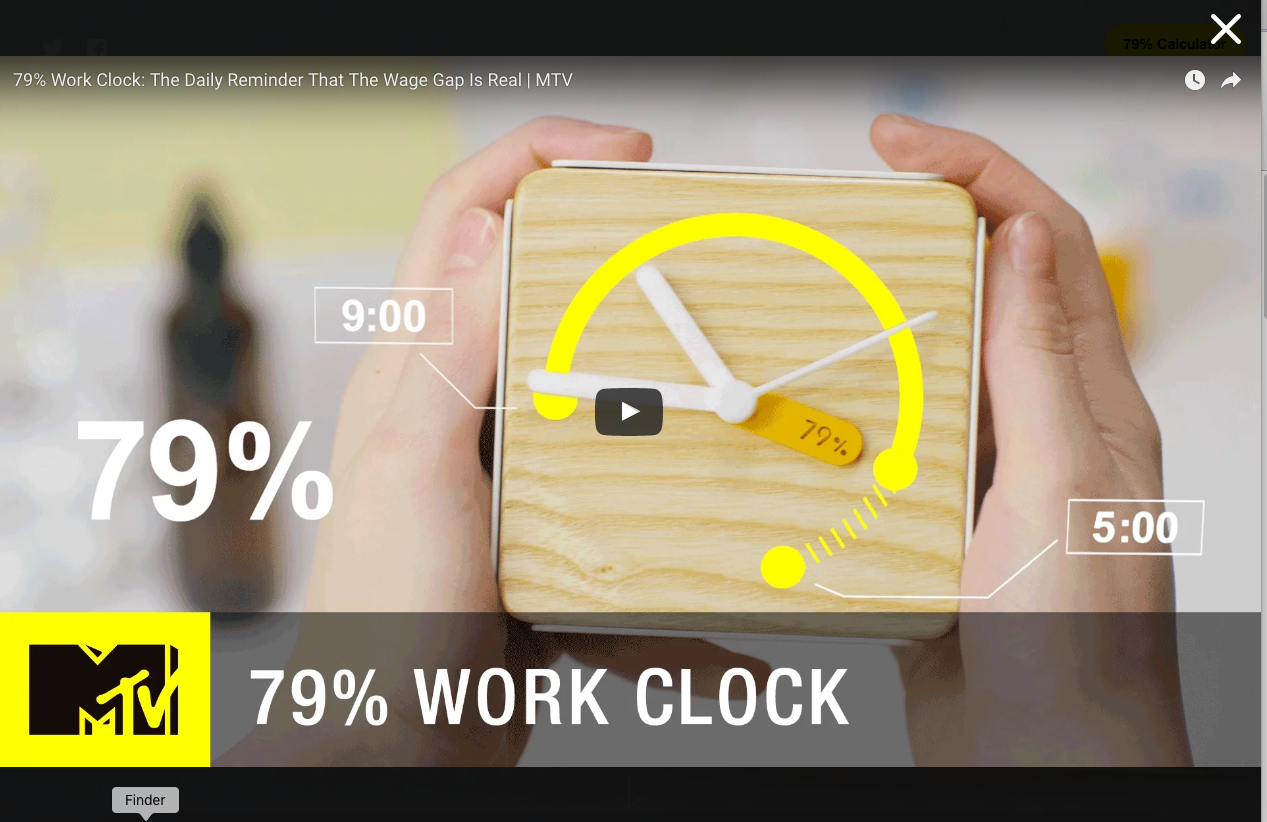