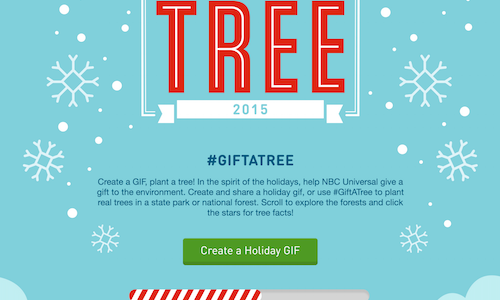 NBC Universal committed once again to planting thousands of trees this holiday season. But it was important to extend that simple donation even further by bringing more people into the conversation and developing a stronger relationship between its partner the Arbor Day Foundation, and potential donors and volunteers.

Holiday giving often centers around helping the less fortunate in your community, but what about the environment? Our challenge was to create a meaningful digital experience that brings the user's attention to the act of doing good while making it easy to share those personal actions with friends and family.

50% of charitable organizations receive the majority of their donations during the last 3 months of the year. This spontaneous giving is often driven by the spirit of the holiday season.

This holiday season, green means gifts, or in this case, GIFs!

For this past year's Arbor Day Foundation initiative, fans joined NBCUniversal to light up their friends' social feeds by sending one-of-a-kind, GIF-wrapped, holiday tree with #GIFtATree.

Sharing trees became a fun, delightful experience when users interacted with the website; to create, animate, and gift their own personal trees. Users came to understand that giving really is better than receiving as they both contributed to America's National Parks and the joy of the holiday season.

All of this kicked off on Dec. 2, the same day as the "2015 Rockefeller Center Christmas Tree Lighting," a tradition practiced in New York City since 1933.

Not only did 16,000 new trees get planted, but the campaign garnered some serious engagement that helped grow The Arbor Day Foundation's fan base. Some highlights from the short campaign: 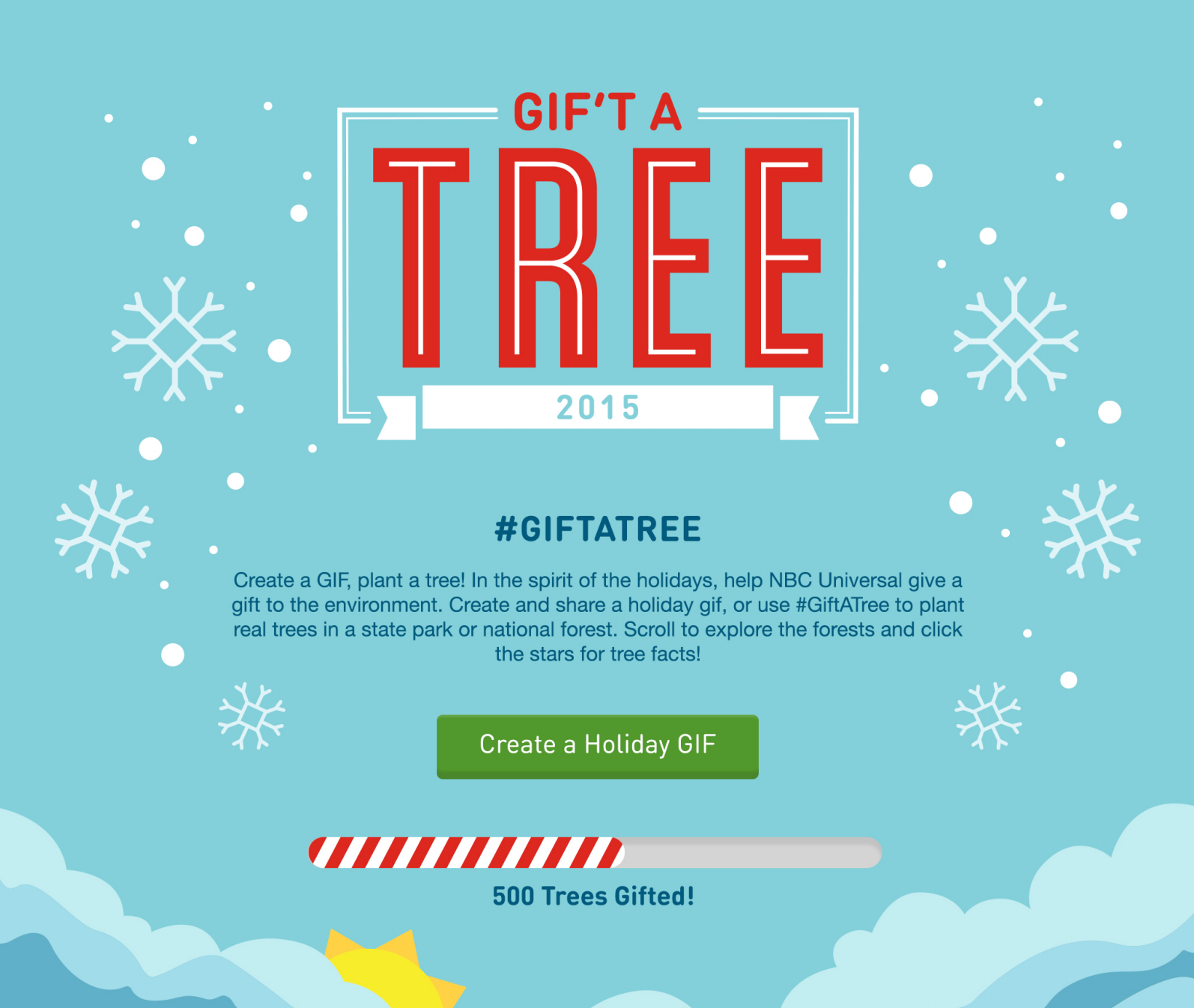 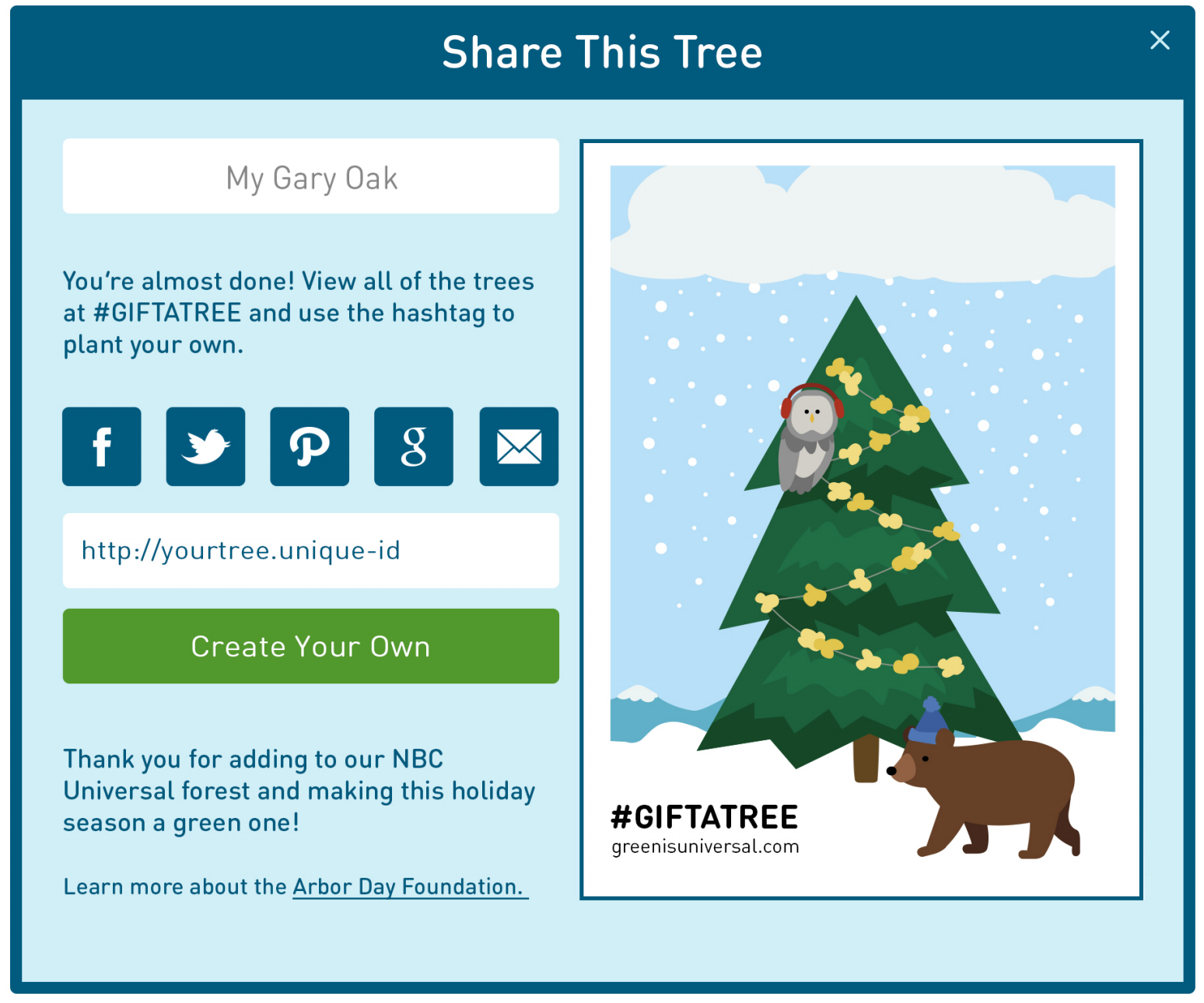 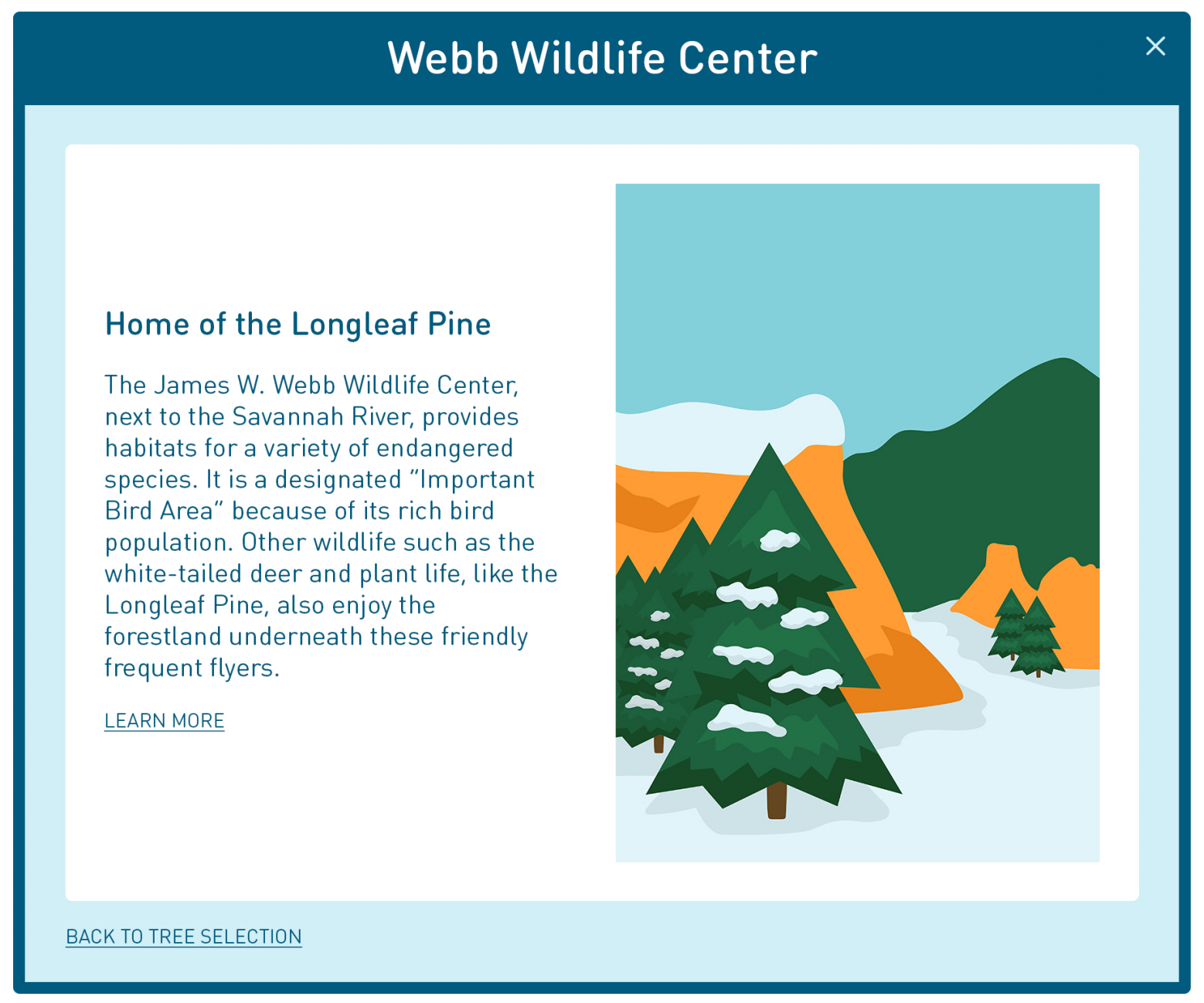 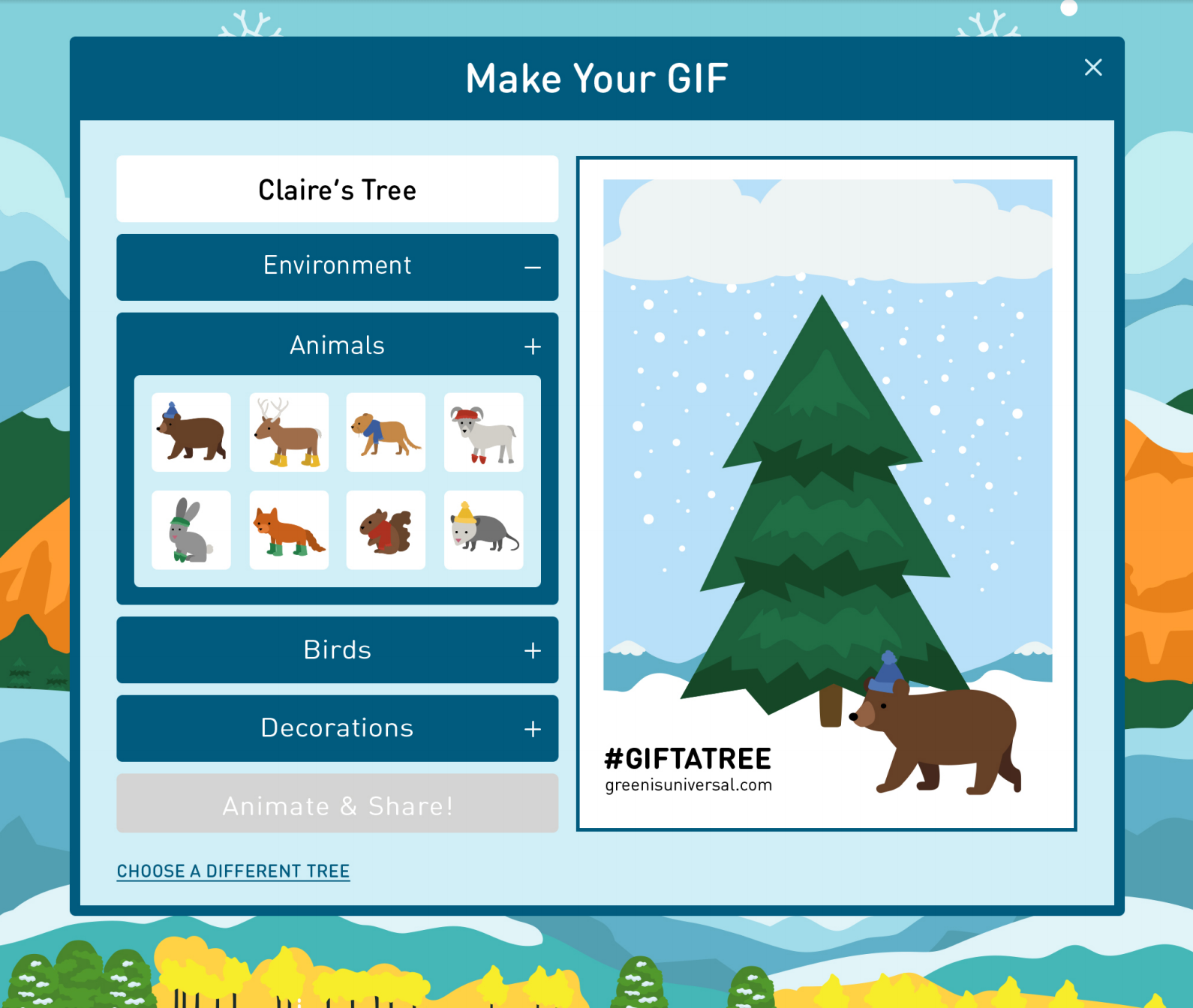 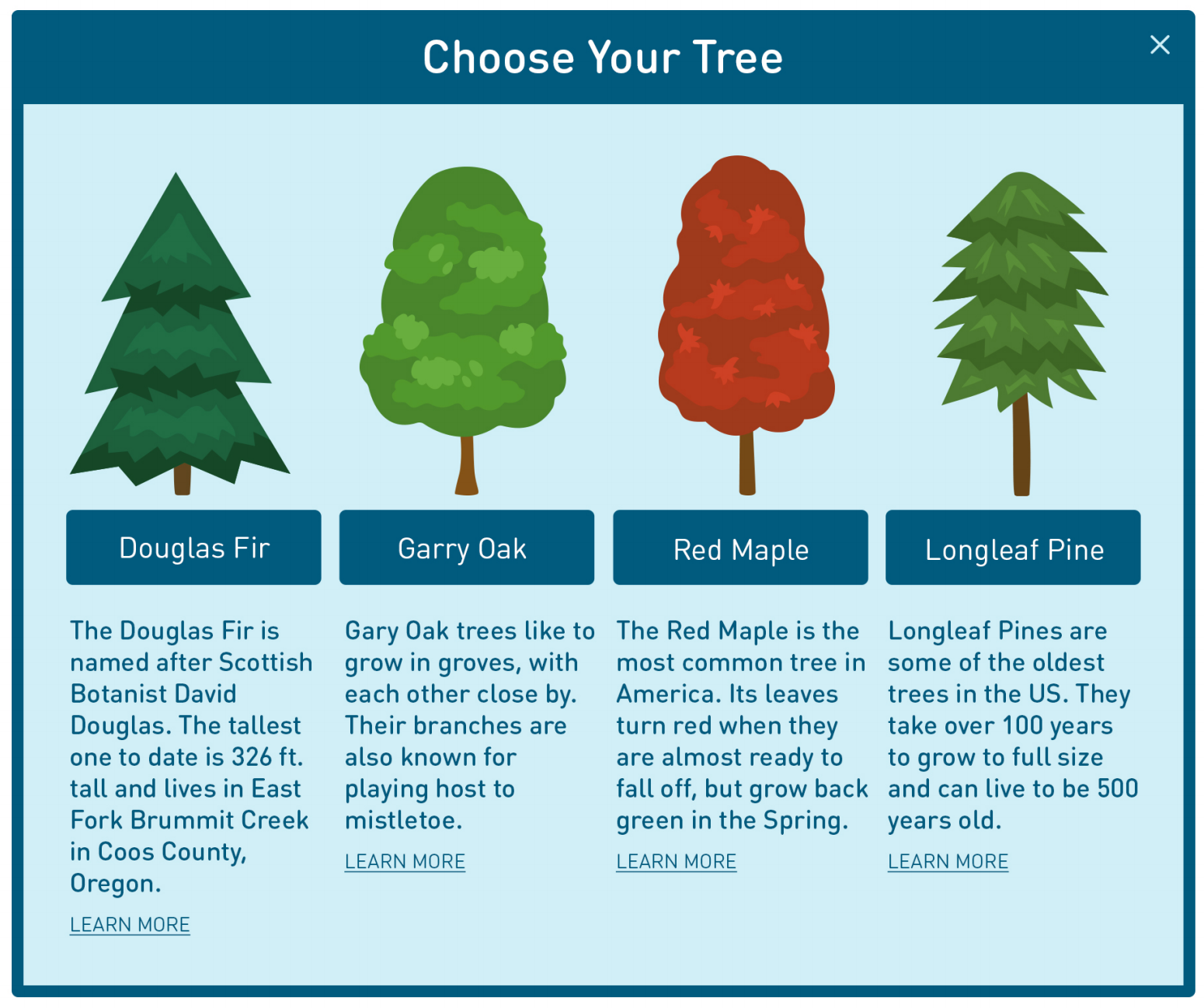