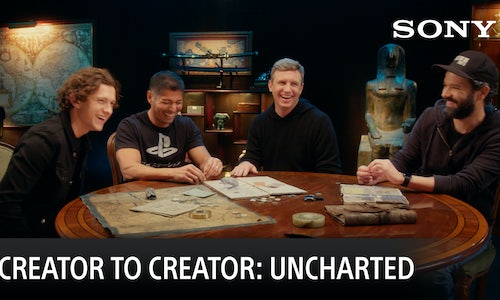 Last year, we launched our Creator to Creator series, which brings together creators from different parts of Sony that are involved in a common project to exchange on their experience. The goal is to celebrate their passion and vision and highlight how they bring incredible stories to life for the fan community.

After a very successful first chapter, which received a Silver Honor at the Shortys, we wanted to celebrate another unique collaboration for the next – this time, our movie Uncharted, adapted from Sony’s iconic videogame franchise.

The title was the result of a collaboration between the talented teams at the game studio Naughty Dog, PlayStation Productions and Sony Pictures.

We wanted to create a compelling follow-up to:

As a creative entertainment company, we empower our creators to tell entertaining, exhilarating stories – and continuing the Creator to Creator series is one way for us to spotlight them.

This is a story only Sony can tell – and we had to not only tell it right, but tell it well. This entailed:

- Catering to our audience and speaking their language: we know our core audience is hugely enthusiastic about the Uncharted franchise, and there was a lot of curiosity around this adaptation and its creative process, which made it a perfect fit for this second chapter in the Creator to Creator series.

- Understanding and building on what works: The first entry in the series, focused on Miles Morales, was very well received by fans. They loved the meeting of minds from various parts of the creative process, and how their organic conversation unearthed a lot of never-before-heard nuggets. One way we felt we could stimulate the discussion even further was to add onscreen talent to the roundtable. This led us to pitch and secure the participation of Tom Holland.

- Getting the right creatives on board and tapping into their passion: in addition to Tom Holland, who plays Nathan Drake, we brought together Ruben Fleischer (Director), Neil Druckmann (Co-President of Naughty Dog) and Asad Qizilbash (Head of PlayStation Productions). This time, we had the first Creator to Creator to share as a reference, but this format only works if the creators are genuinely passionate about the opportunity, which they were. We conducted extensive research to set up the conversation structure and topics to bring out spontaneous chemistry between them.

- High end production and storytelling: while we had to shoot the first chapter virtually, we had the opportunity to film in person. We created a bespoke set that fully ties to the world of the Uncharted franchise. We secured extensive behind-the-scenes footage from the making of both the game and movie, much of which had never been seen before, to elevate the storytelling and bring the conversation to life.

- Perseverance, patience and marrying objectives: We led a close partnership with Sony Pictures, PlayStation Productions and Naughty Dog to align on the vision, develop the content POV, the custom look of the creative, produce the shoot, secure talent, etc. While combining many different entities and goals across Sony is challenging, we always focused on protecting the authenticity of the storytelling first, while preserving the overarching Sony Masterbrand perspective of the content.

- Purposeful rollout: Like for the first Creator to Creator, we let the conversation flow and adapted our plan accordingly. We devised a comprehensive launch strategy, in close partnership with our colleagues across Sony, PlayStation and Sony Pictures channels. We planned a detailed paid media rollout, across social (FB/IG), YouTube, Connected TV and Online Video formats, including sequential messaging and a wide range of deliverables to optimize impact.

Developing inspiring, informative, and resonant creative through the collective force of Sony creators and one of the biggest videogame IP and setting it up for optimal success across digital channels so the fans can connect with it: that was the foundation of our strategy.

We are delighted to have produced another genuinely compelling Creator to Creator chapter. As we had hoped, it truly feels like a conversation between fans who happen to be creators.

We made an 11-minute YouTube long-form, and 13+ 15-60s cutdowns, to optimize the rollout. The campaign launched alongside the movie, and instantly became our largest branded content rollout ever (overtaking the first Creator to Creator), with huge joint support across PlayStation Blog, @Sony, @PlayStation and @SonyPictures channels. These organic posts totaled over 5M video views. The content was also featured on the PlayStation 5 console’s homepage, meeting franchise fans where they are, resulting in 4M+ impressions.

Our paid rollout was a huge success, with over 40M impressions and 6M completed views, outperforming benchmarks by 51%. We took stock of what worked during the first Creator to Creator, and optimized engagement accordingly, with a wealth of tailored creative assets.

The fan response was once again extremely positive across social posts and message boards, highlighting the quality, thoroughness, and engaging nature of the content.

The success of these two chapters firms up Creator to Creator as a great way for us to highlight stories that only Sony can, and the huge potential in bringing multiple Sony groups together. We are currently planning additional chapters around impactful stories with a great creative journey to share.

As a creative entertainment company, Sony celebrates creators who think differently, push boundaries, and inspire fans through their work. We are proud to be a platform for visionaries. 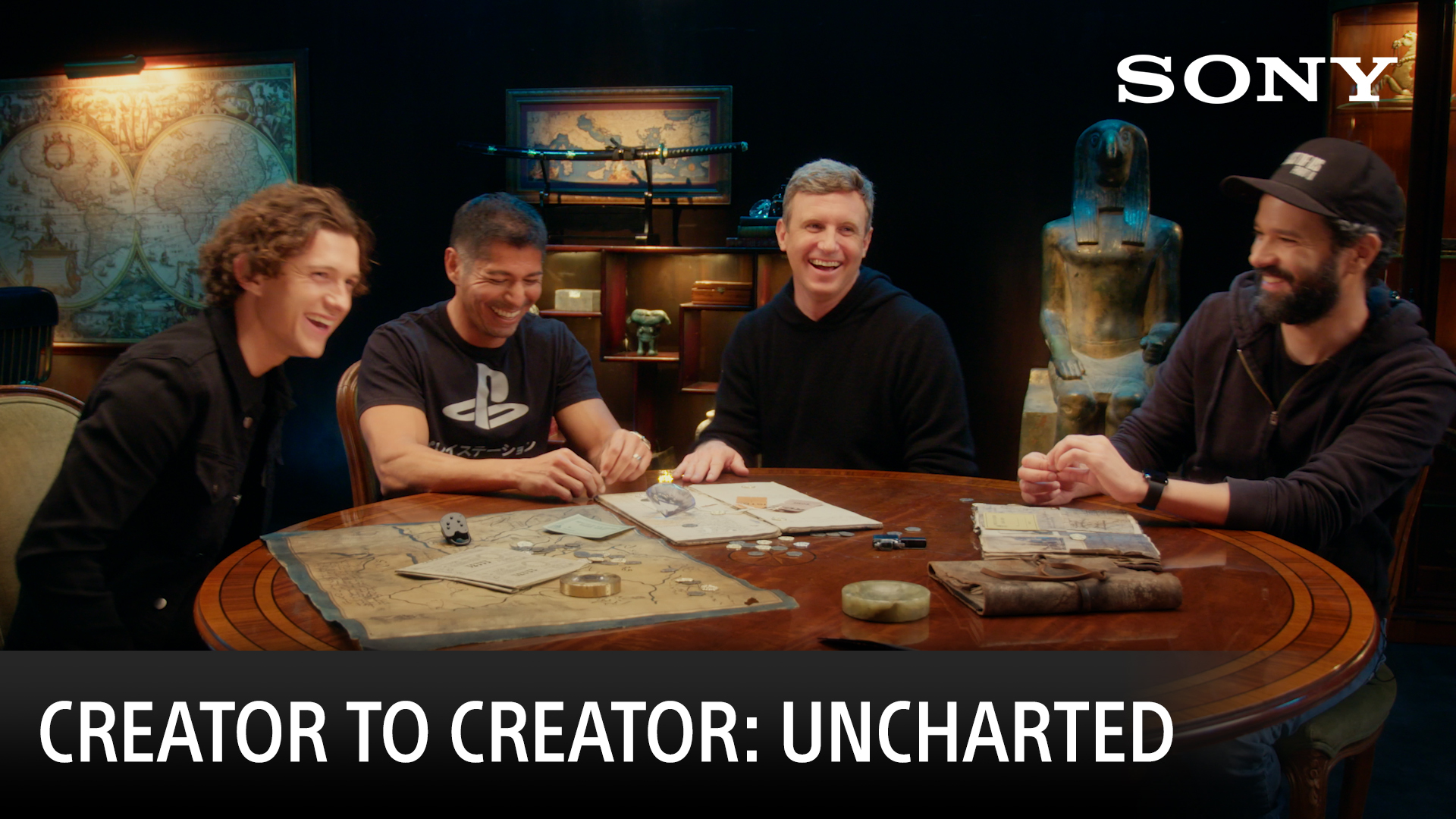