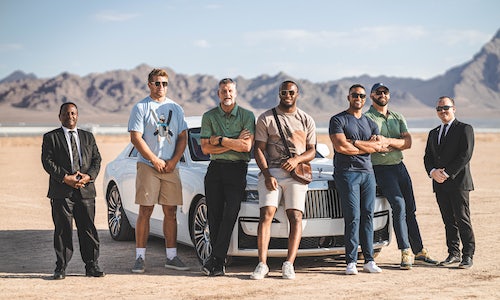 For 11 seasons, Notre Dame Football has played its Shamrock Series game, taking over a city for a game with athletic, academic, and faith events. For each iteration, Notre Dame works with Under Armour to develop a special uniform that showcases the spirit of the game. With October’s uniform marrying the glimmering gold of Las Vegas with Notre Dame’s iconic Golden Dome, we created a splashy release plan to market the uniform and game.

While planning began on uniform design in May 2020, marketing preparation started in spring 2022 and the idea to parody the legendary Vegas film The Hangover was born. The entire production was done by the in-house Fighting Irish Media team at a Hollywood studio level. With the buy-in of the football program, we filmed for four days at various Vegas locations with the final shot revealing the full uniform.

With interest around first-year head coach Marcus Freeman’s wardrobe at an all-time high, we strategically placed him in Shamrock Series retail items.

The video’s release was accompanied by another piece showcasing the uniform’s details, microsite with behind-the-scenes of filming, and photography from production.

The impact of the final video, which garnered 3.4M views, 8M impressions, and nearly 600k engagement actions just on University-owned channels, was felt across sports. The video was shared by actors such as original Hangover actor Ken Jeong and Miles Teller, social media personalities, and across a variety of sports & news shows. The video set the bar for uniform reveal videos across sports.

After working in collaboration with Under Armour to develop the uniform, its elements, themes, inspiration, & design for nearly two years, Notre Dame was finally prepared to begin the development of the video that would share what the Irish would wear in Las Vegas.

The premise of the parody focused around needing to find the Shamrock Series uniform, stashed somewhere in Vegas. Designed to be attractive and engaging to both fans and prospective student-athletes, the video would feature flashy Rolls Royces, a cinematic widescreen edit, and an unprecedented four-minute post.

With the yet-to-be-released uniform carefully packed in a carry-on bag, the team flew to Las Vegas for four days and began filming all non-talent-involved shots in the desert, the Strip, Hoover Dam, MGM Grand, and Allegiant Stadium, where the game would ultimately be played.

Once these shots were completed, head coach Marcus Freeman, student-athletes Michael Mayer and Isaiah Foskey, and football alumni Mike Golic and Mike Golic, Jr., arrived to film their portion of the video. It humanized these coaches & student-athletes,  showcasing their skills beyond the field in an exciting, engaging way.

Following filming, the team returned to South Bend to edit and create the release plan around the uniform. The video’s release date was strategically chosen to fall just before the first summer practices, create a push for ticket interest, & give fans two months to purchase the sideline collection associated with the release.

In addition to the main video, we created auxiliary content to support the main release from the football social media channels. Minutes after the release of the main video, the athletic department channels released a video showcasing the details of the uniform and reasons for their inclusion. In subsequent hours, we released still photography of the uniform in the Vegas desert and in front of iconic Vegas locations, as well as behind-the-scenes photos from the all-star cast.

We then shared an interest form where fans could sign up to be the first to know when the Shamrock Series retail collection – featured in the video and behind-the-scenes content – was dropping. The form garnered thousands of sign-ups within hours, also allowing us to capture data of our most interested fans to later allow us to retarget them with ads for game tickets, auxiliary gear, & experiences.

The video garnered attention across sports and received placement on a variety of sports and news shows, increasing the profile around a first-year head coach and team that would be coming off a New Year’s Six bowl game, increasing exposure around Coach Freeman and give fans a new, positive talking point around the program.

The impact of the final video, which earned 3.4M views, 8M impressions, and nearly 600k engagement actions just on University-owned channels, was felt across sports. The initial post alone garnered nearly half a million dollars in social valuation on University-owned social channels.

The video and its release redefined how sports entities reveal uniforms. What typically consists of a 30-second video that creatively displays the uniform in the environment it was inspired by, Notre Dame’s video clocked in at over four minutes. In a world driven by shortform social media video, the full uniform was on the screen for only 19 seconds. Departments around the country reevaluated both the investment and final strategy of releasing uniform, inspiring an uptick of longform video content for these pieces.

One of the most enduring impacts was the popularity of the sideline collection – the auxiliary garments available for retail sale. The sweatshirt Coach Freeman wore in the video was so popular due to its product placement, that the garment sold out in 42 minutes. All Shamrock Series logo merchandise had a 95% sell-through rate and on-site gross revenue was the highest from any Shamrock Series event. The Under Armour Brand Houses in both Chicago and Las Vegas sold out of all Notre Dame gear in the lead-up to the game. 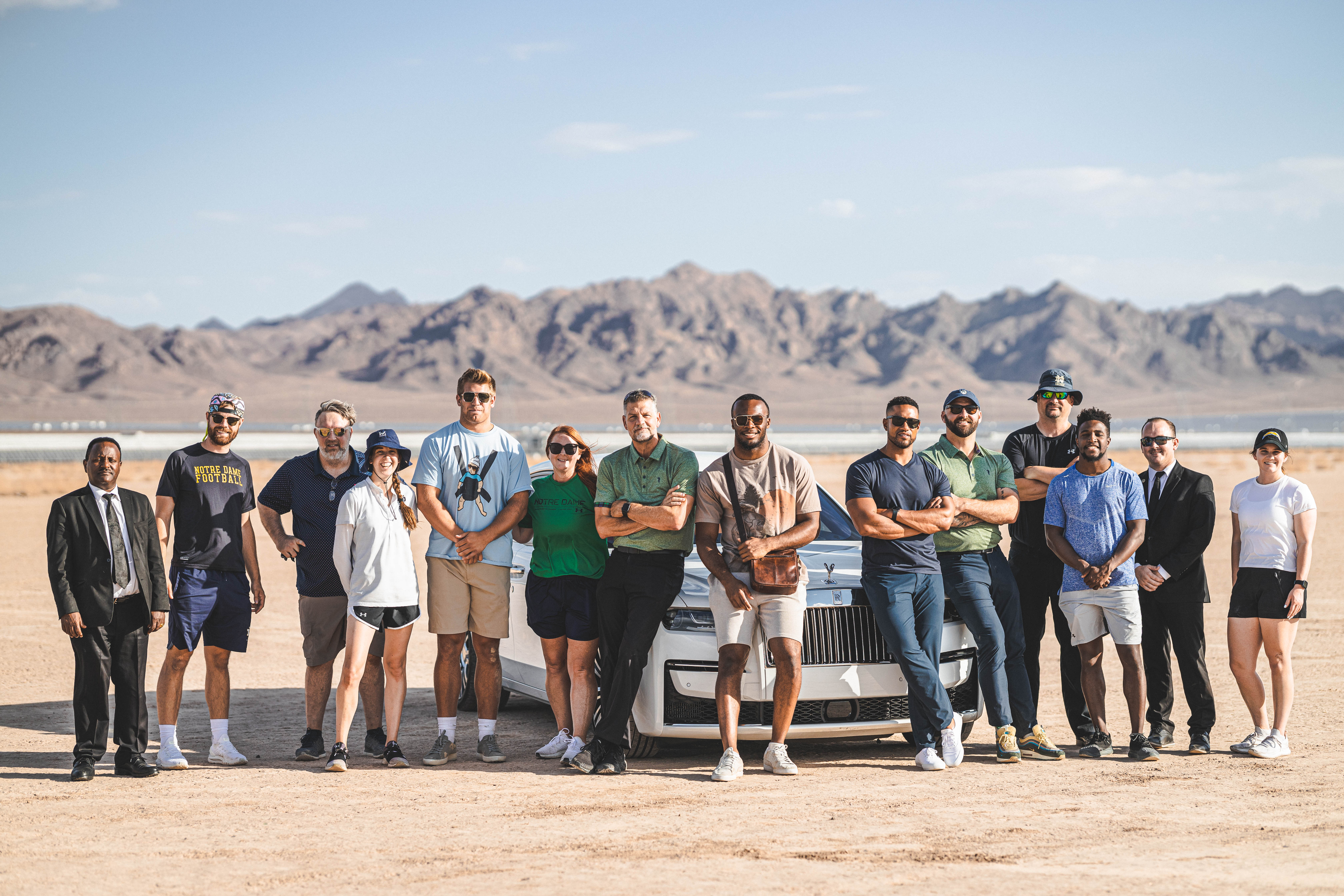 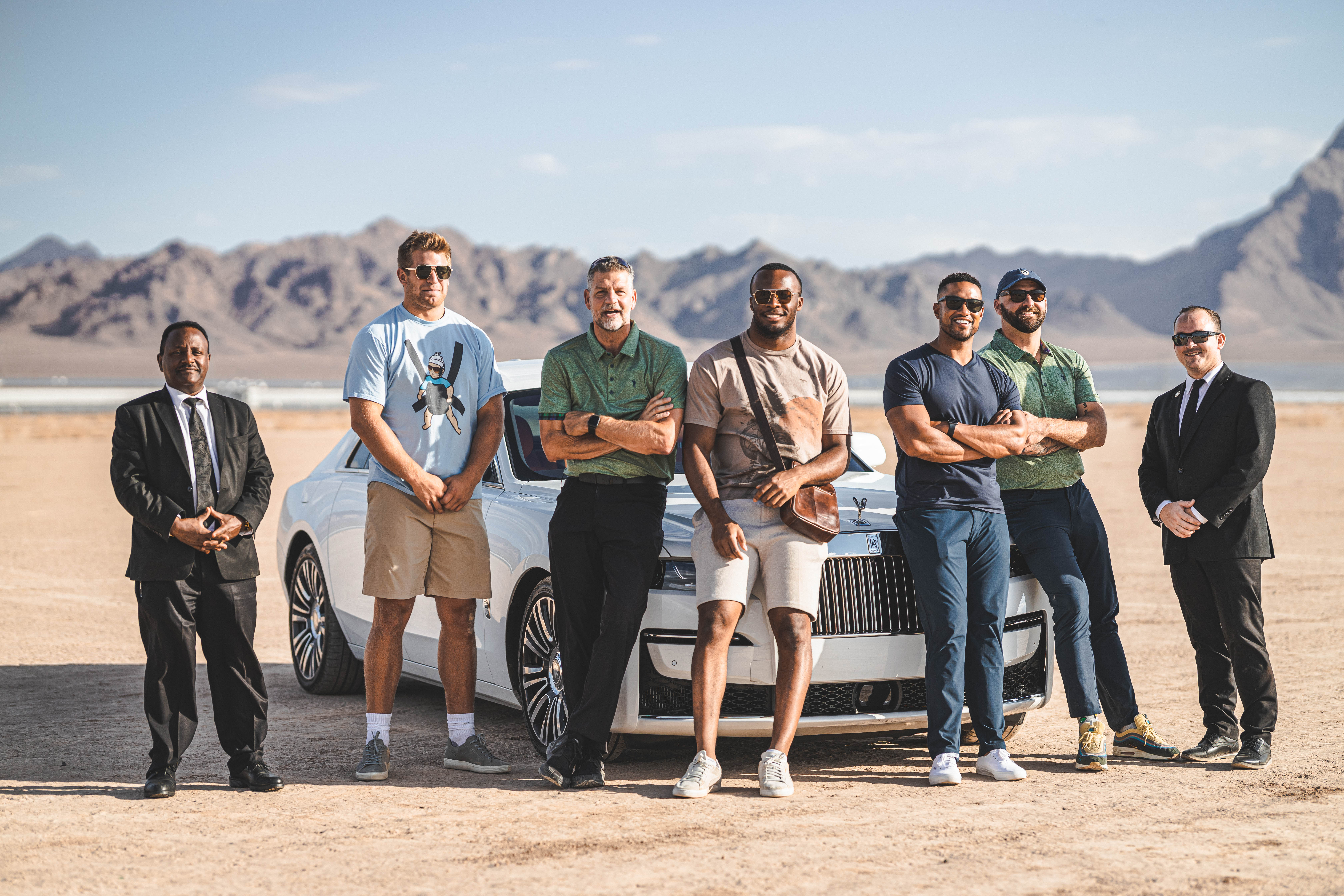 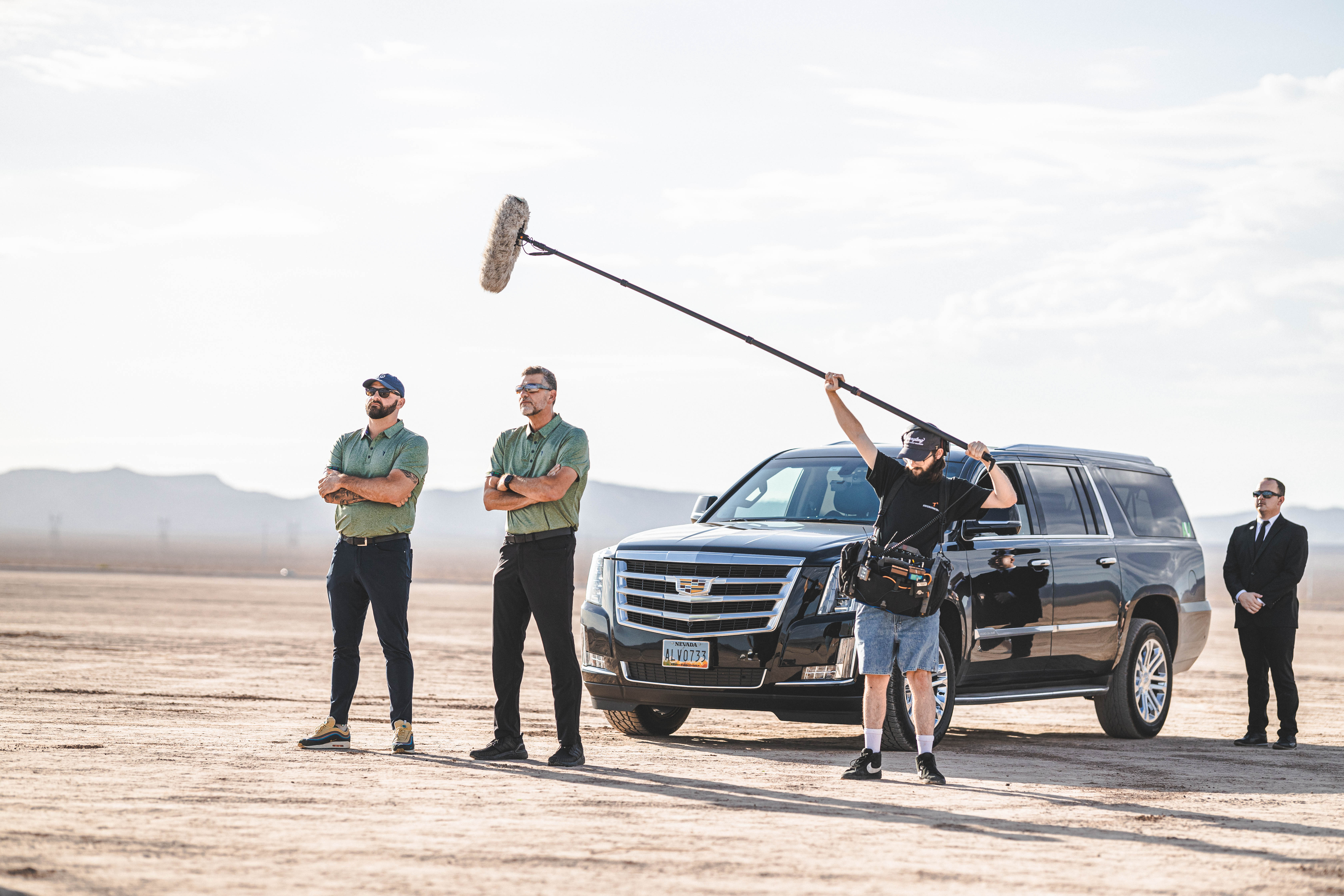 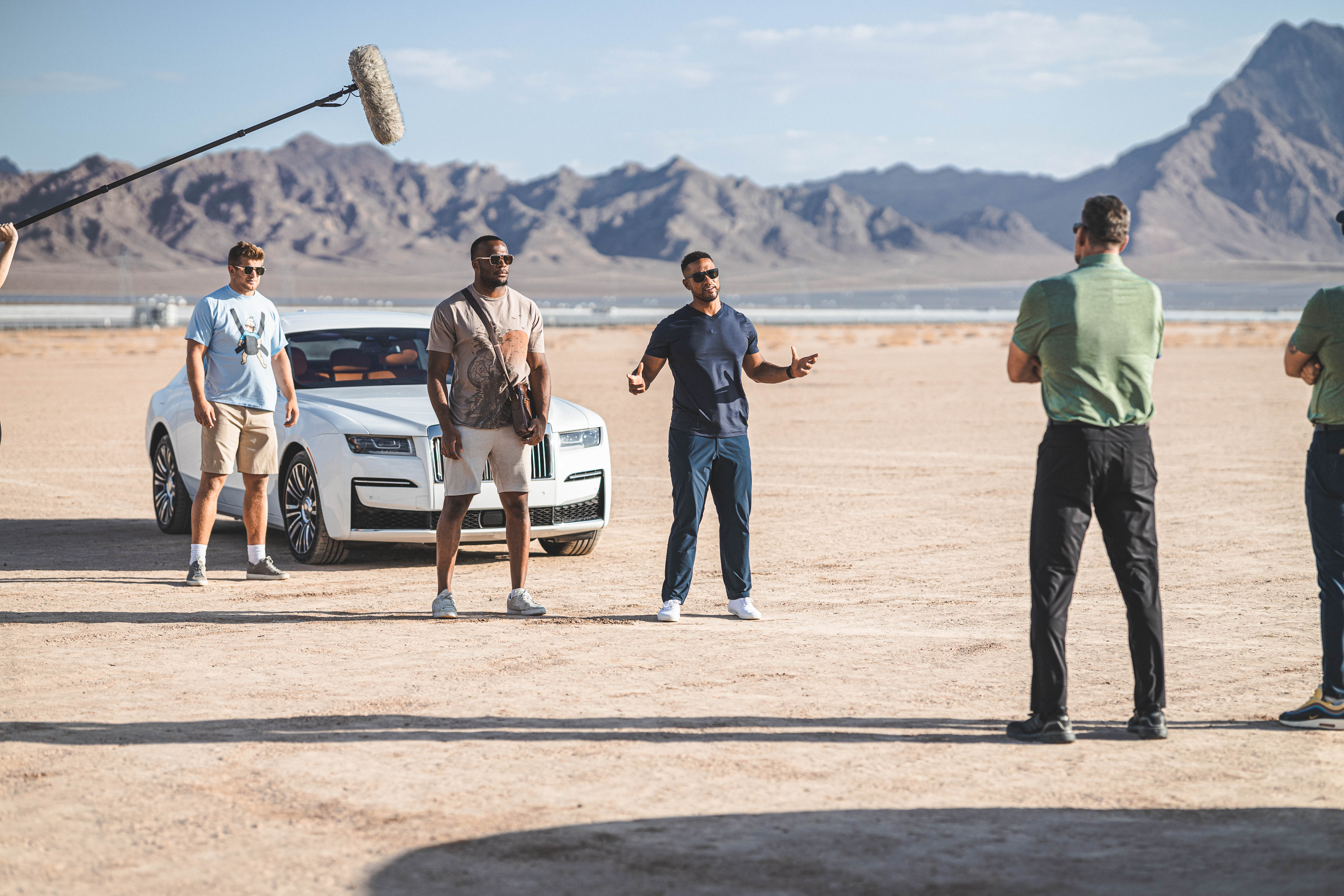 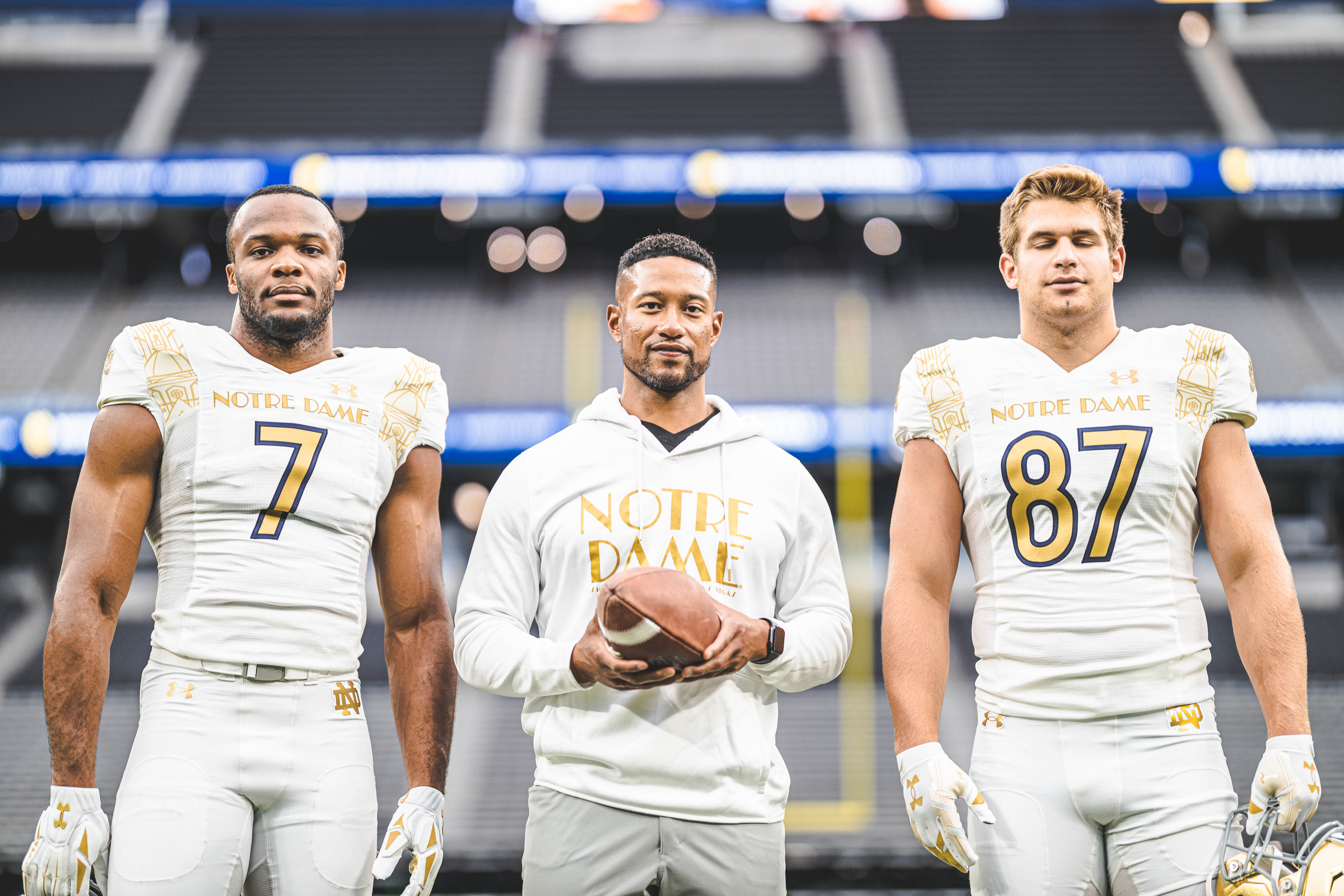 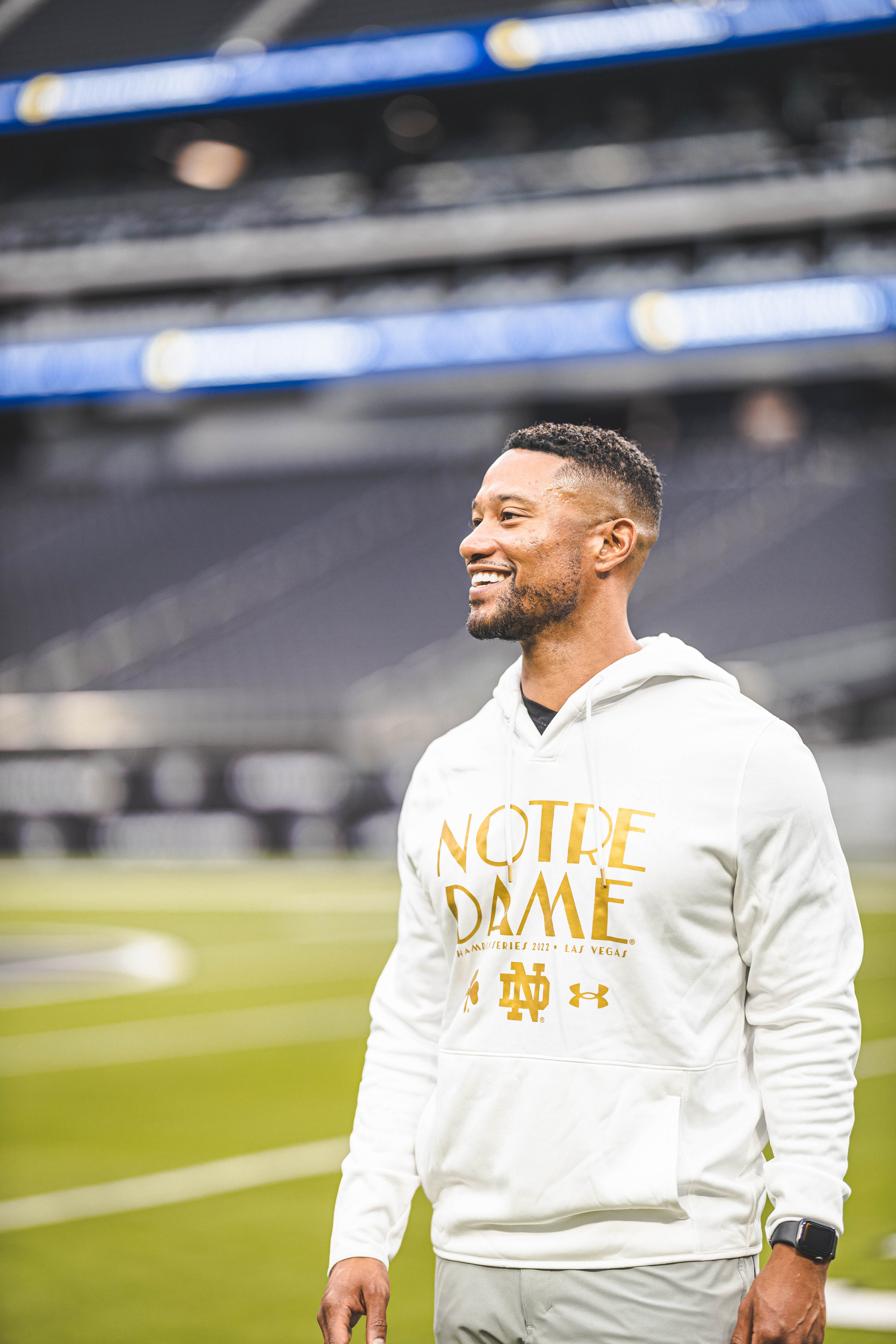 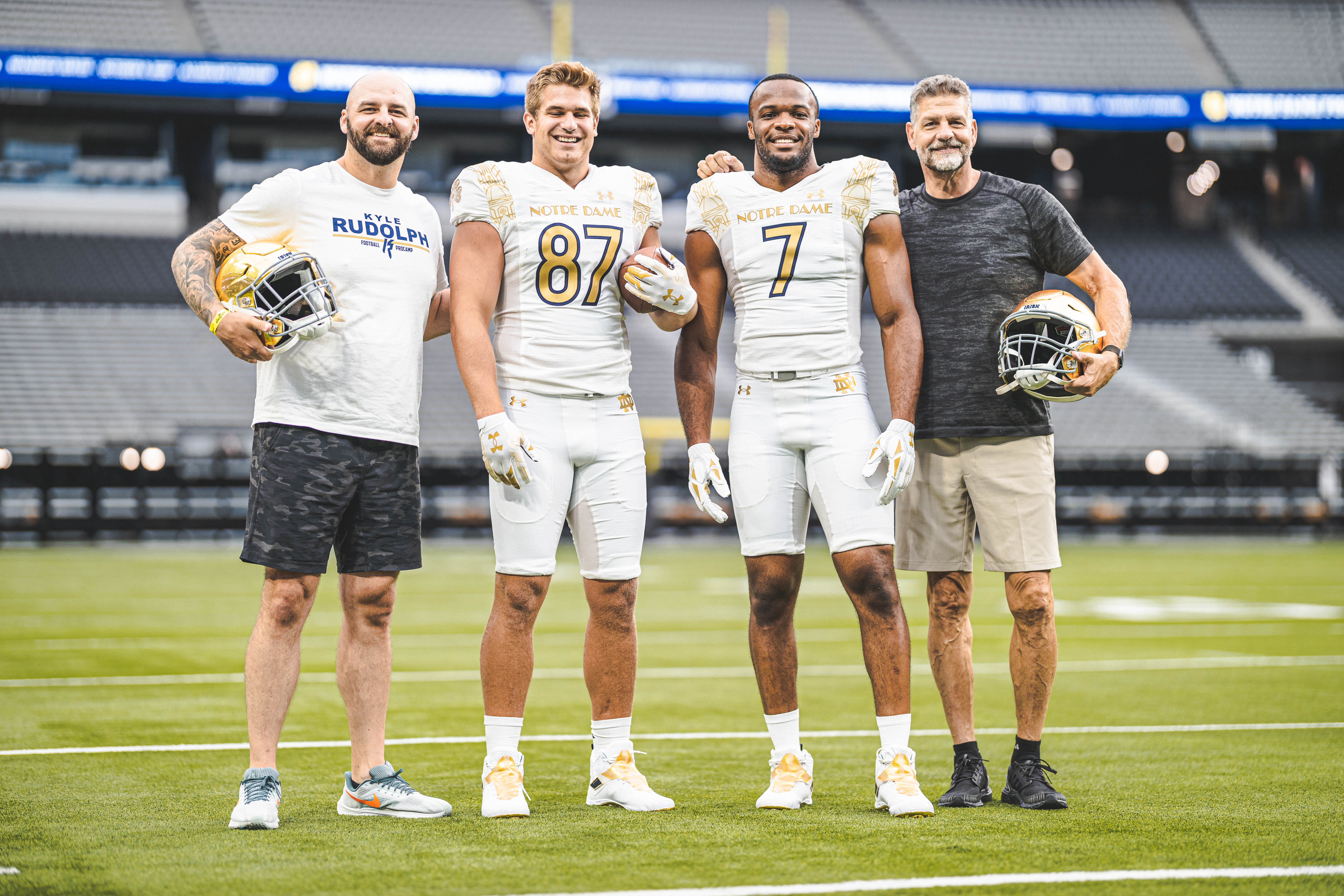 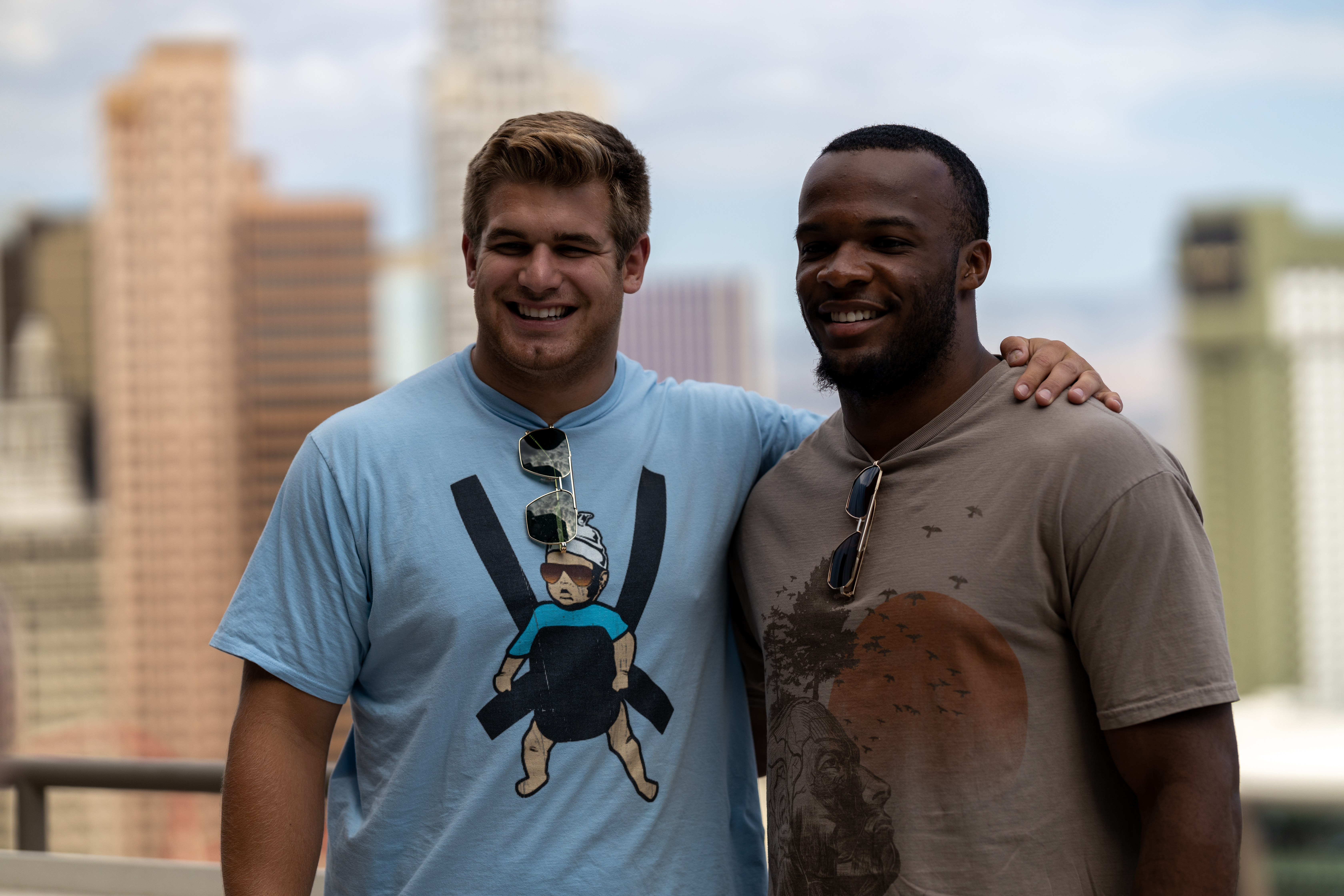