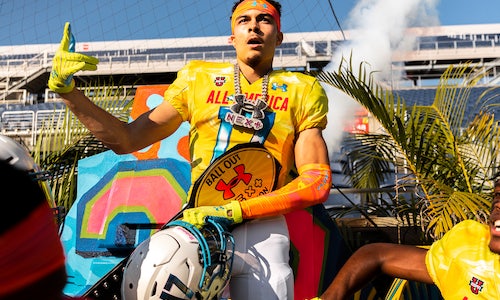 very year Under Armour celebrates the best 100 high school football seniors with the UA Next All-America Football Game – an high school football all-star game. This showcase occurs over one week, in Orlando, FL and is more than an All-Star game, but a week of training, competing, and recovering with the top coaches, performance gear technology and best players in the country. This is one of the first introductions to top athletes featuring equal competition across the board.

Our biggest goal was to create FOMO (fear of missing out) surrounding the event. Our intent was not to make viewers feel bad for not being selected to play in the game, but give them the motivation to continue working hard to be selected in future games and for rising seniors to select the UA All-America game over the NBC All-American game. Throughout the week, we intersected performance with sports culture - highlighting the athletes training, having fun competing against each other, as well as building a brotherhood that lasts beyond the week spent in Orlando.

Outside of creating FOMO and showcasing relationship building, Under Armour provided exclusive product releases that were only available to these athletes.

Before players arrived in Orlando, we released a hype video on 12/15 to announce the All-America Game (AAG) was back after a year hiatus due to Covid. We then strategically dropped an early holiday/Christmas present, revealing the AAG custom jerseys on 12/24. When the captains arrived to Oralndo on 12/27, a day earlier than the rest of the players, we kept the surprises coming. We then dropped the exclusive AAG “Blitz”  song – that was available on all streaming platforms - by local DMV rapper Fat Trel and producer @_mcuz_. This song was special as it featured the names of all 8 captains in the first verse. I.E. - “Tyler wants the pancakes, you can keep the sandwiches” This song was pushed out on social and surprised the rest of the players with a custom text message. The song was also used as the soundtrack for the AAG intro theme video that aired on ESPN broadcast and social before the start of the game – in the same fashion as Carrie Underwood’s -Sunday Night Football intro theme song.

To intersect culture with a performance focused brand, we created several elements to incentivize peak competition. First up, was All-America Game $100 bucks that had all 8 captain faces on them. These bucks were given out by coaches all week whenever a player did something well. A one-handed catch, INT, great block, being a great teammate etc. Bucks were also earned by winning one of the daily competitions that included - Fastest man, Big man punt return, One handed catch, Strongest man, QB accuracy and Big Man “L” Drill. The winner of these competitions won a custom branded Bumpboxx (large stereo boom box), in addition to AAG bucks. The AAG bucks could then used by players to buy gear at the UA Redemption Center, stocked with limited edition cleats and exclusive UA gear.

Further intersecting culture and performance we created a custom 5x5” inch UA Next Turnover pendant in partnership with @icebox – the leader in hip hop custom jewelry out of Atlanta. During practice, any player that forced a turnover had the opportunity to put the turnover chain on the sideline. During the game there were two touchdown throne chairs – one at the end of each endzone. When a player scored, they could run over to stand on the throne – to celebrate this moment during AAG.

This past January we were able to merge performance and culture for peak excitement from the players. Truly making the UA Next All-America event one of a kind – and the premiere high school all-star game.

The AAG is the premiere UA Next event of the year and consumers were excited for the event to be back. Videos leading into the game garnered over 7.5M+ views, with a view rate +51% higher than benchmarks. The jersey released garnered a 12% engagement rate – +200%, over benchmark.

Beyond the numbers, this event was a success as all athletes posted multiple times on their social handles, further extending the reach of the content (player posting was not mandatory for any athlete) and cementing the UA Next AAG as the premiere high school all-star football game.  Lastly, an INT from the game, made SportsCenter Top 10 plays of the day at #3. 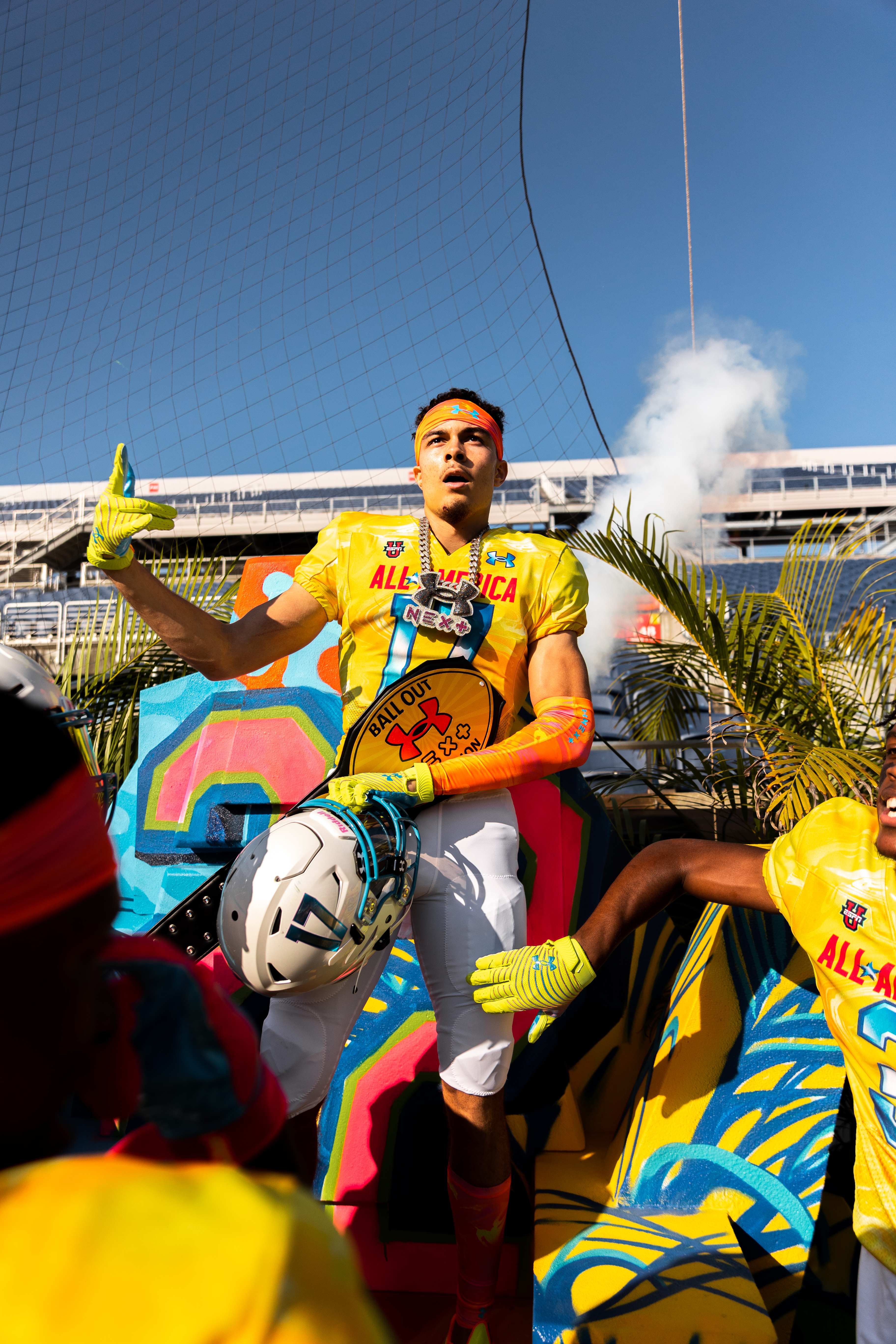 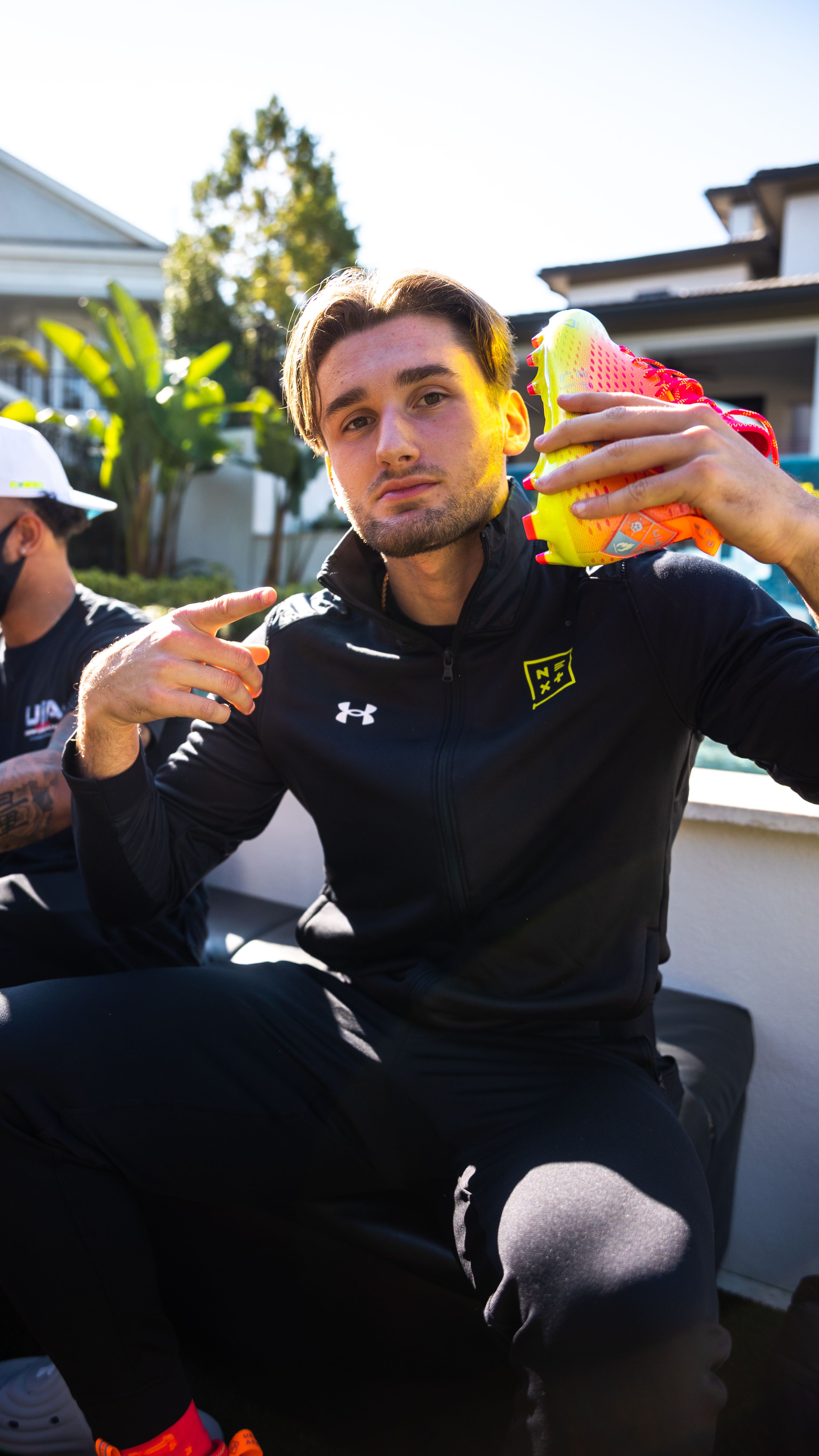 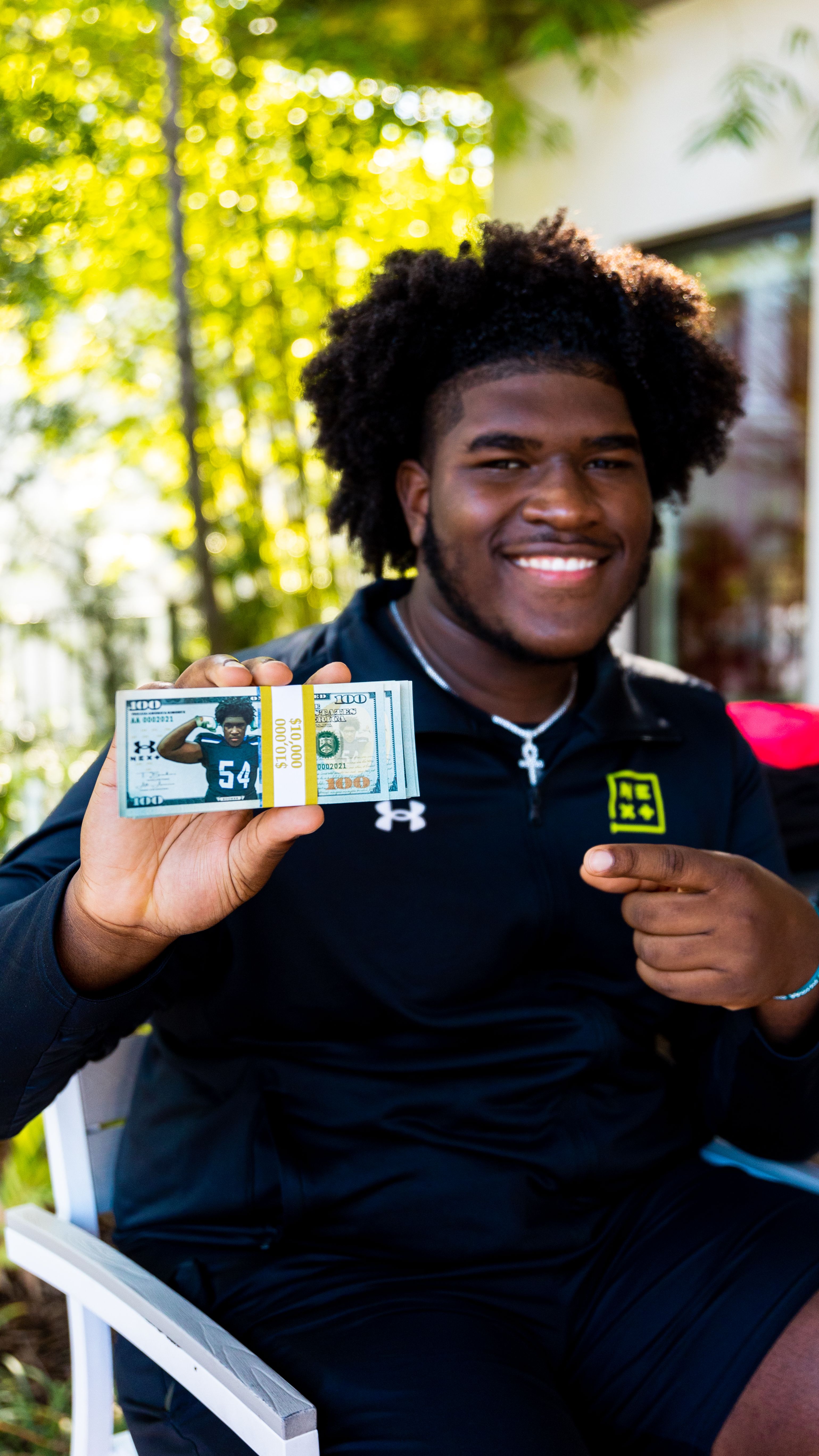 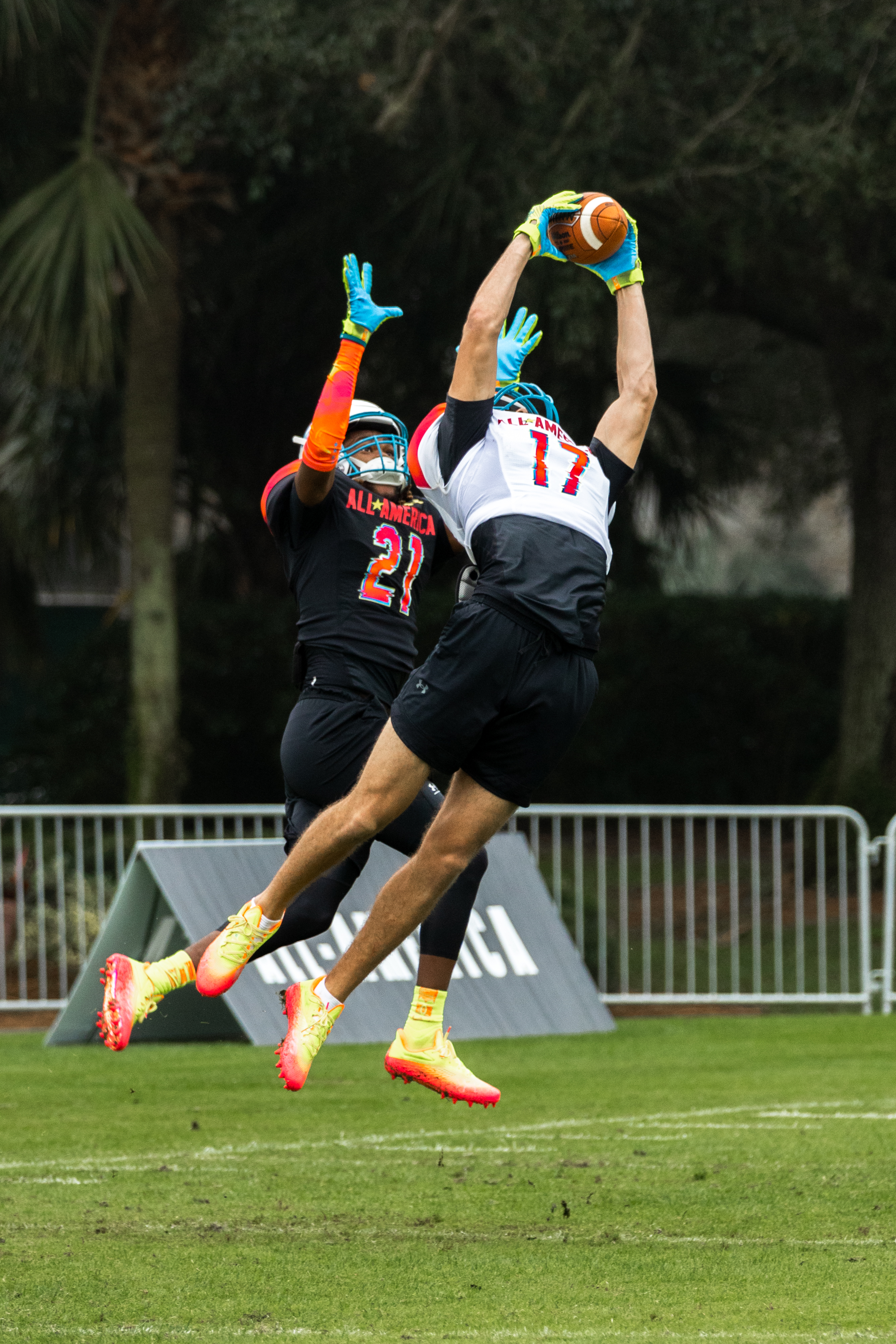 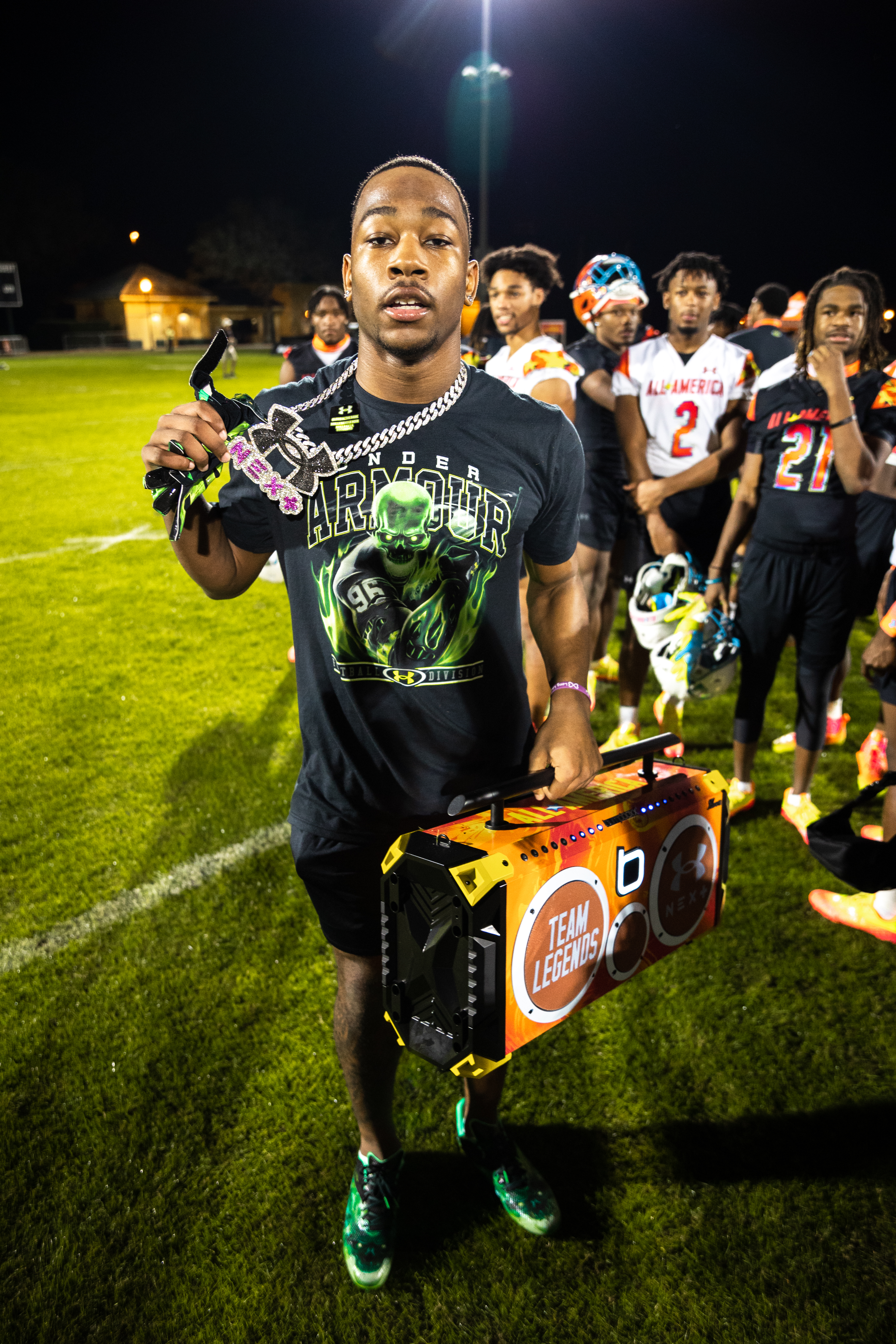 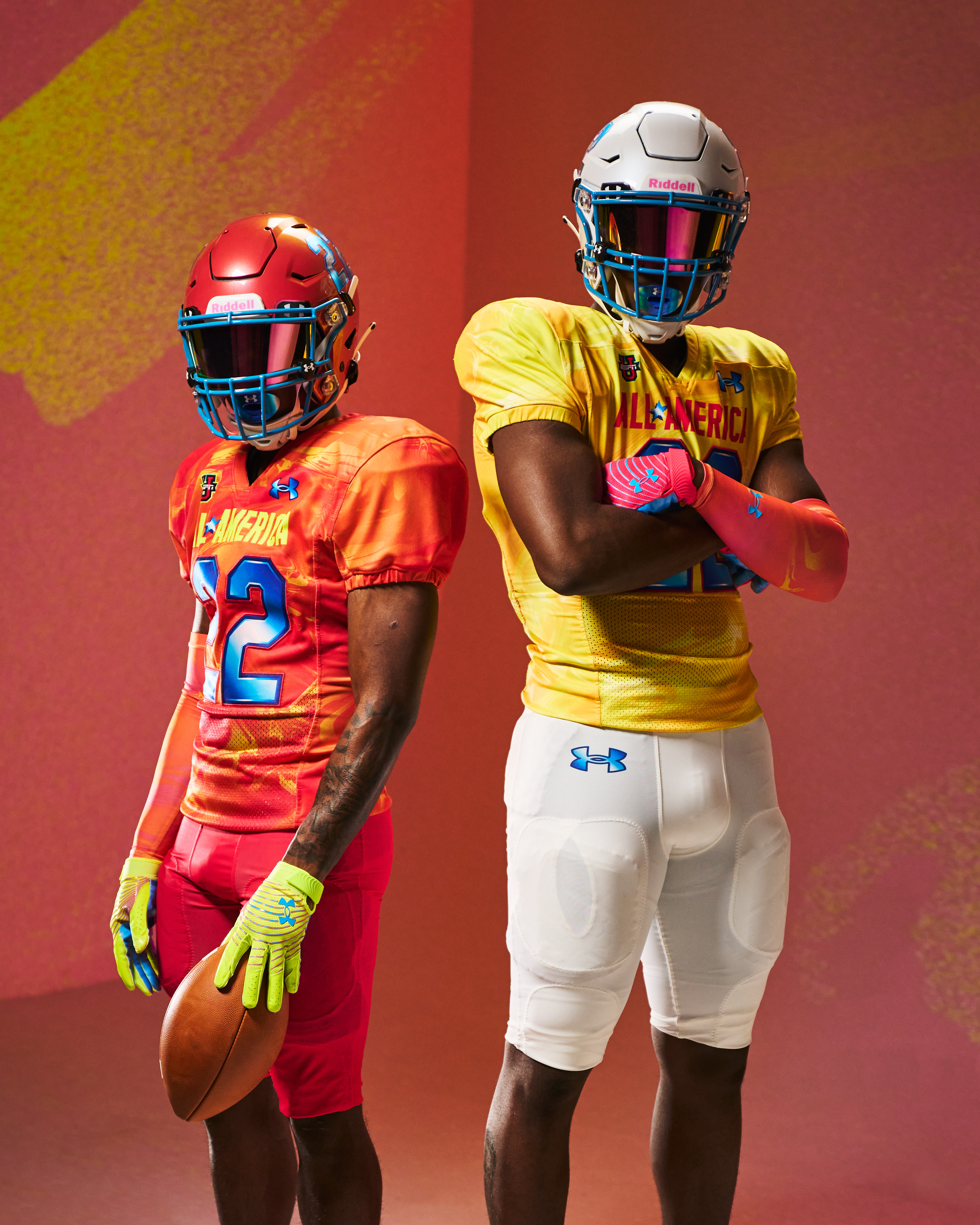 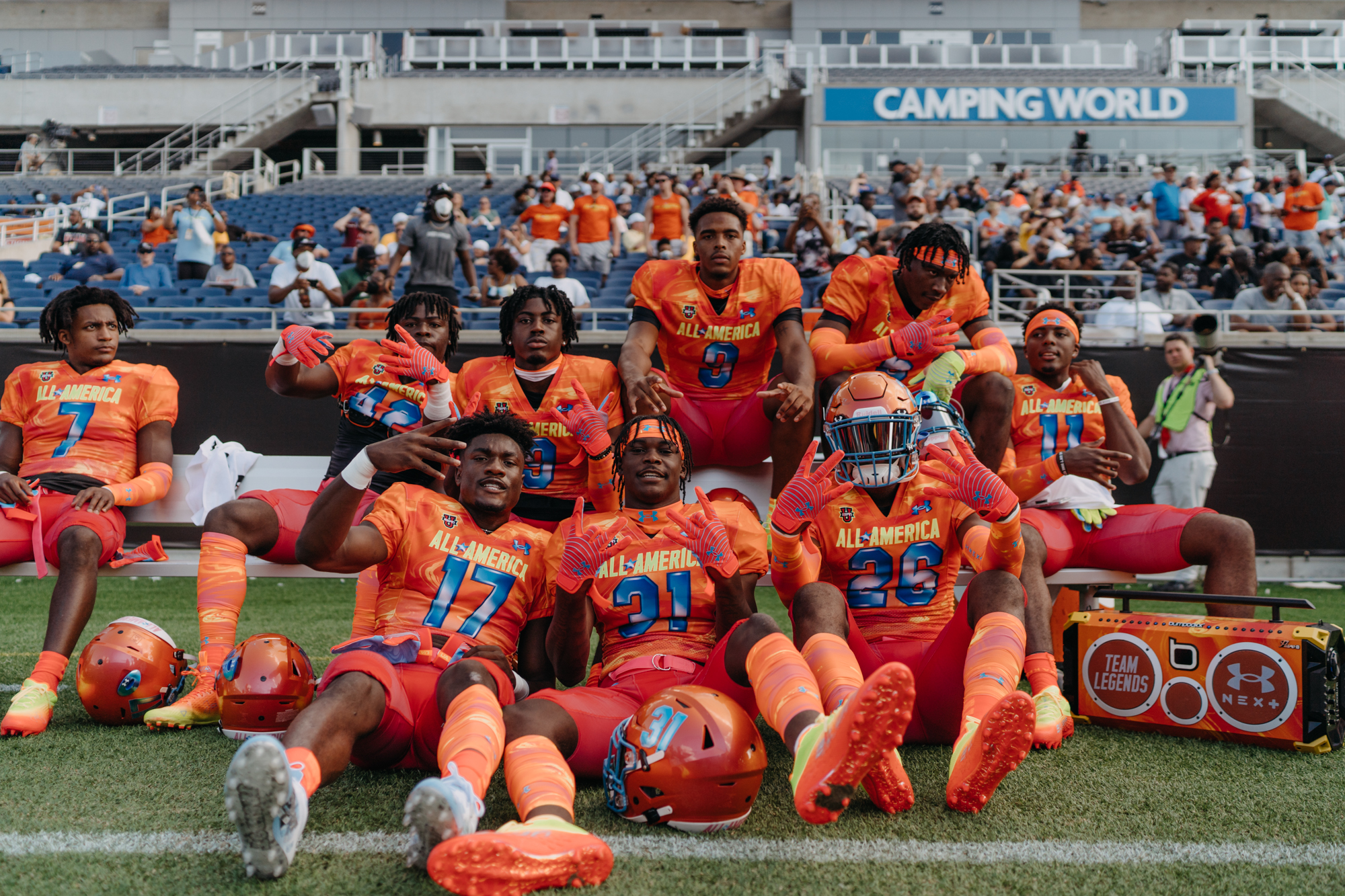 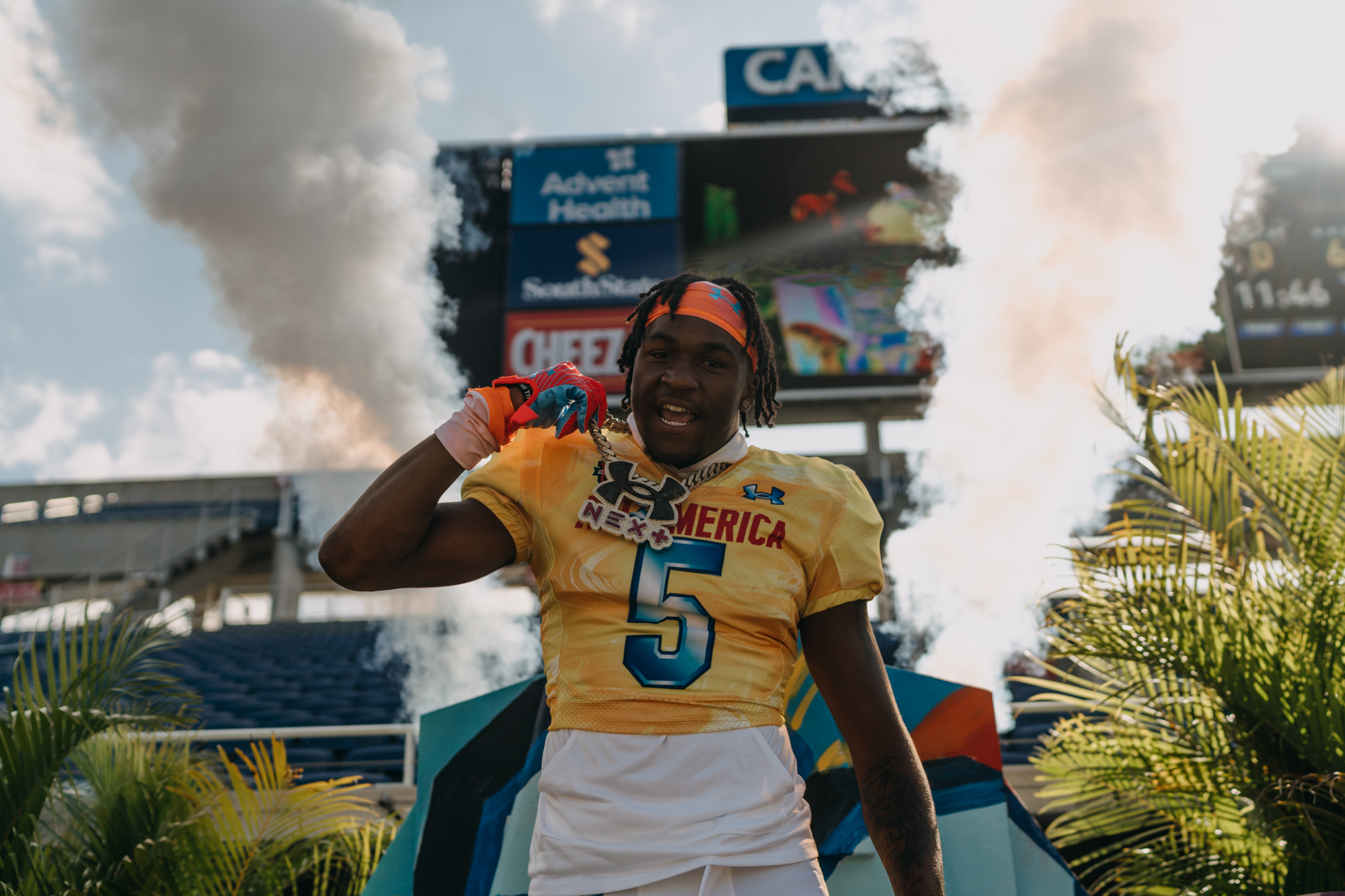 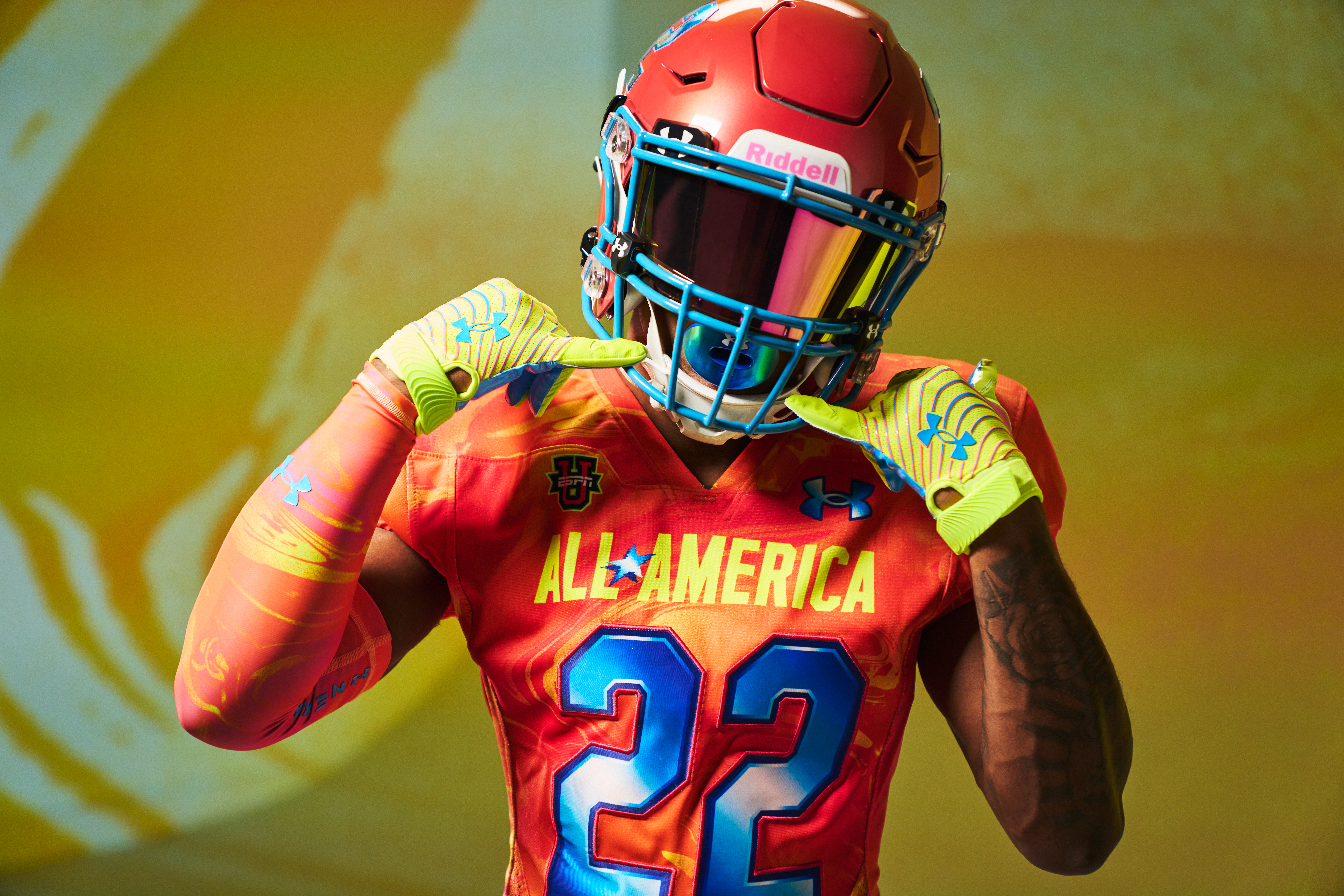