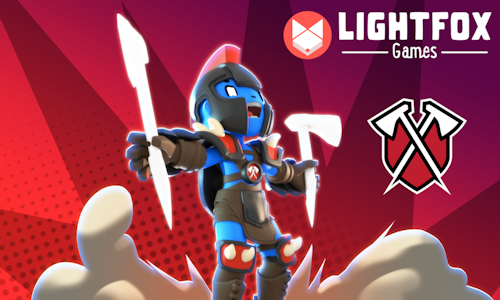 Lightfox Games partnered with Tribe Gaming, a mobile esports organization, to boost the reach of Knight’s Edge, a brand new 3v3 brawler for mobile. The goal was to create a one-of-a-kind campaign that would be fun and engaging for players in- and outside of the game, as well as spread awareness of the new title shortly after its worldwide release on September 8th, 2021.

As a studio, Lightfox Games consists of 7 game industry veterans who are keenly aware that the market of mobile games is flooded with products. As such, they knew that it was important to create the right campaign with the right partner to break through the noise. Enter Tribe Gaming, a top mobile gaming esports organization with 19 creators and over 18 million subscribers.

To pique the interest of Tribe viewers and gamers alike, the teams worked closely to create an in-game event and backstory, with the goal to create a truly unique experience within Knight’s Edge. From that came multiple events featuring Tribe branding and content their viewers would recognize.

To get the Tribe audience interested, we developed a backstory to immerse them into the world of Knight’s Edge: The Borks (villains in Knight’s Edge) stole the beloved Axes from Tribe's logo. To get the Axes back and restore their logo, players had to play through the special Tribe event and defeat the Borks’ Leader, who was using the Tribe Axes as his weapon (insult to injury!). Once players defeated the Bork leader, they were rewarded with one-of-a-kind Tribe gear in the game - a cosmetic featuring the Tribe axes. Players also could receive a special in-game Tribe Gaming emote by using the individual promo codes from the content creators, which they shared on their social channels.

Once we had the backstory, we were able to develop the events. We worked with 7 Tribe creators to create specialized game maps. These creators worked with the Lightfox Game designers to ensure that their personalities would be present throughout their designated level. The process included playtesting and iterations on the design.

To share this event with their viewers, the Tribe team announced on social media that their Axes were stolen. They continued with the story until the event went live, at which point the Tribe creators played the events as a team, as well as solo, and then shared the content on their individual channels and the Tribe Gaming channels.

The most challenging aspect of this campaign was working to create 8 unique levels that were true to Knight’s Edge branding, as well as Tribe Gaming and the individual content creators who participated in the campaign. The design team and our artist worked very closely with the Tribe Gaming team to capture their ideas to make each level unique. Then our engineering team had to make it a reality, ensuring that everything would release on time and run smoothly.

As far as we are aware, a campaign like this has never been done before - people have put IPs in games before, but that has been the extent of in-game brand collaborations. Here, we actually worked with the content creators to create custom in-game maps that had aspects of their favorite gameplay, as well as particular characteristics or inside jokes that their communities have come to know and love.

We considered our campaign a huge success for two main reasons: 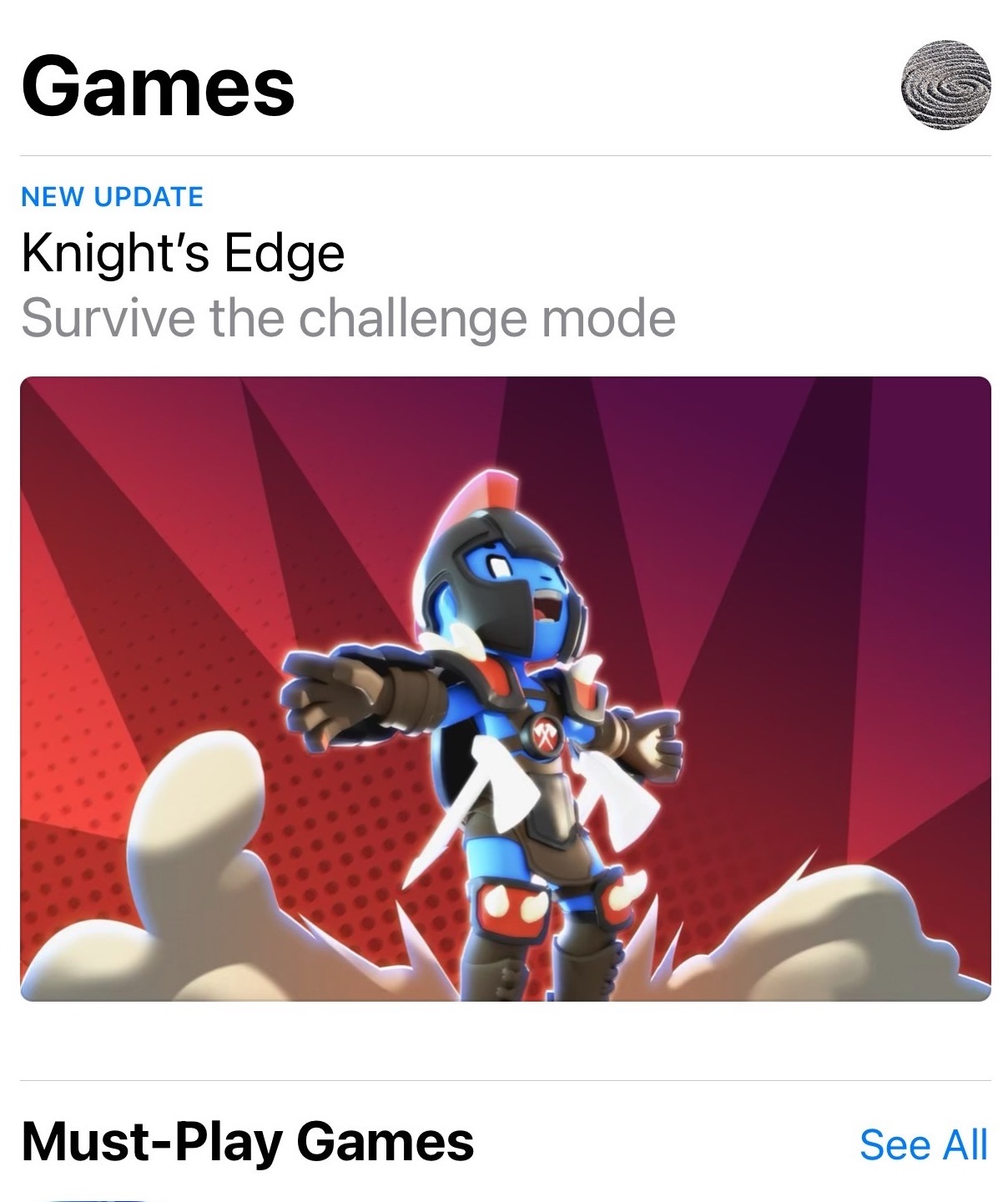 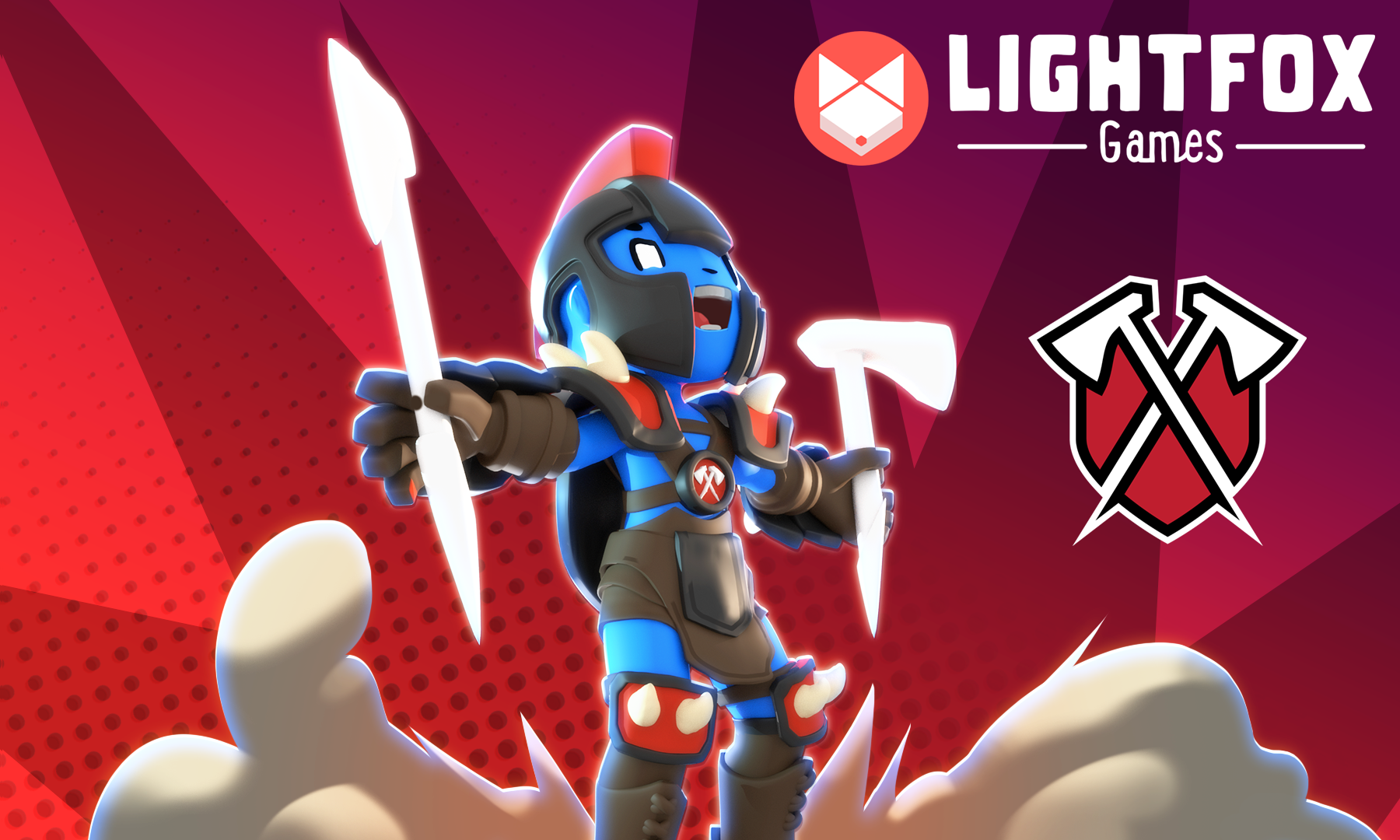 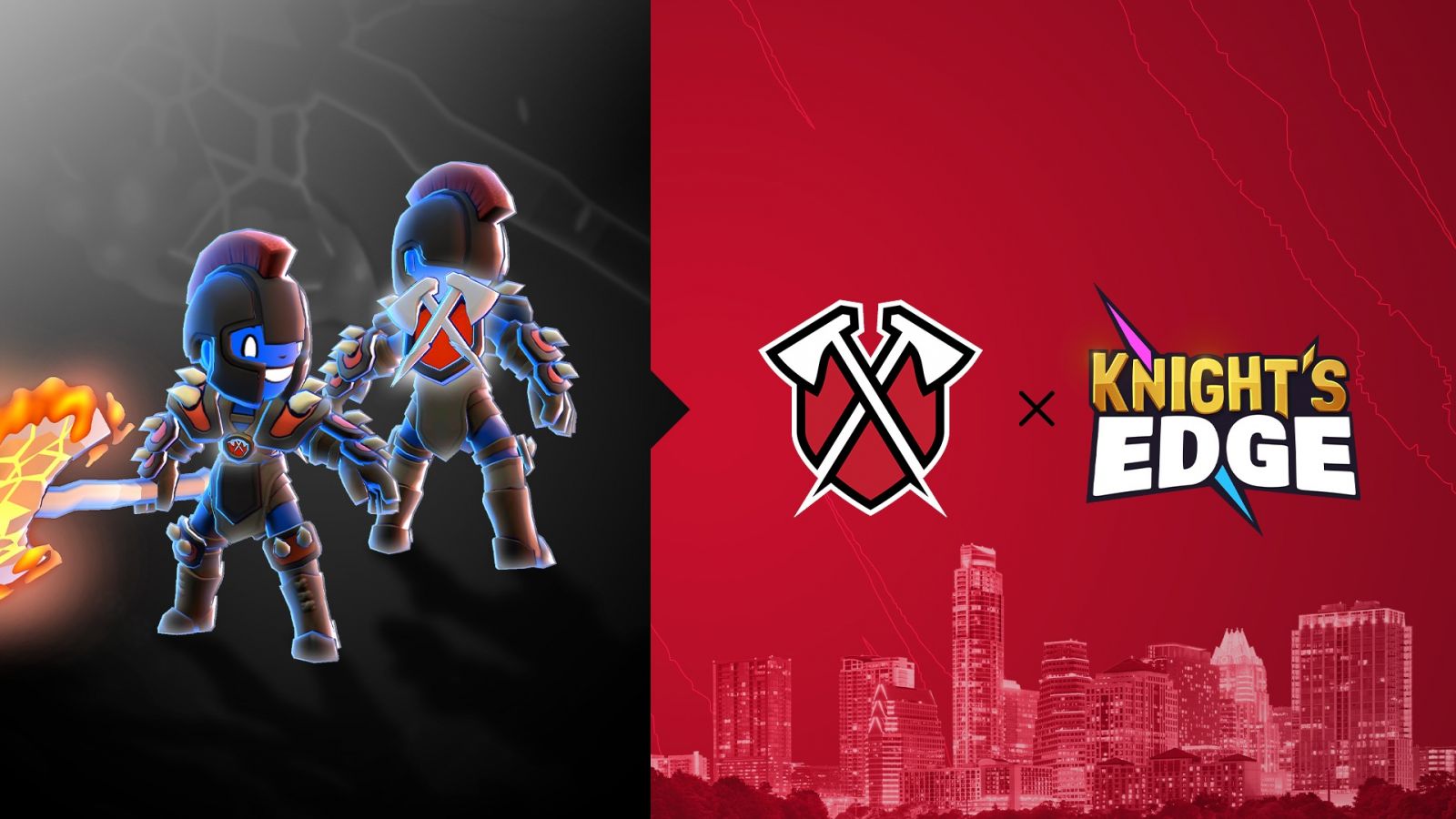 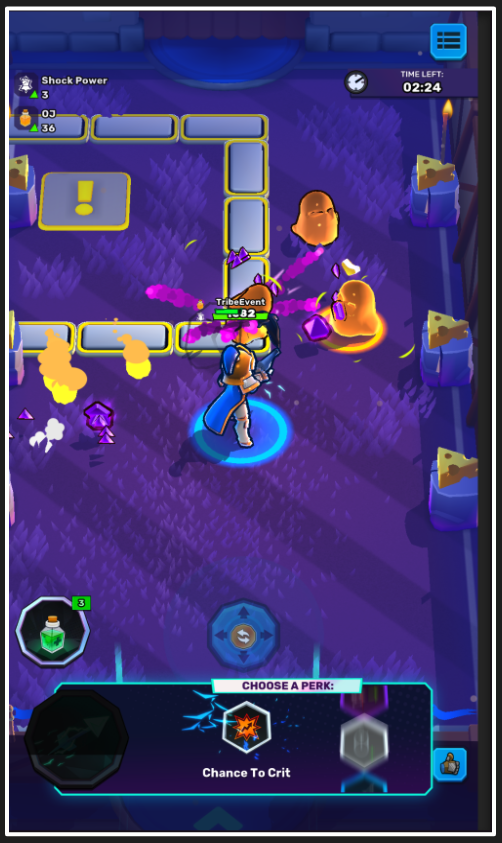 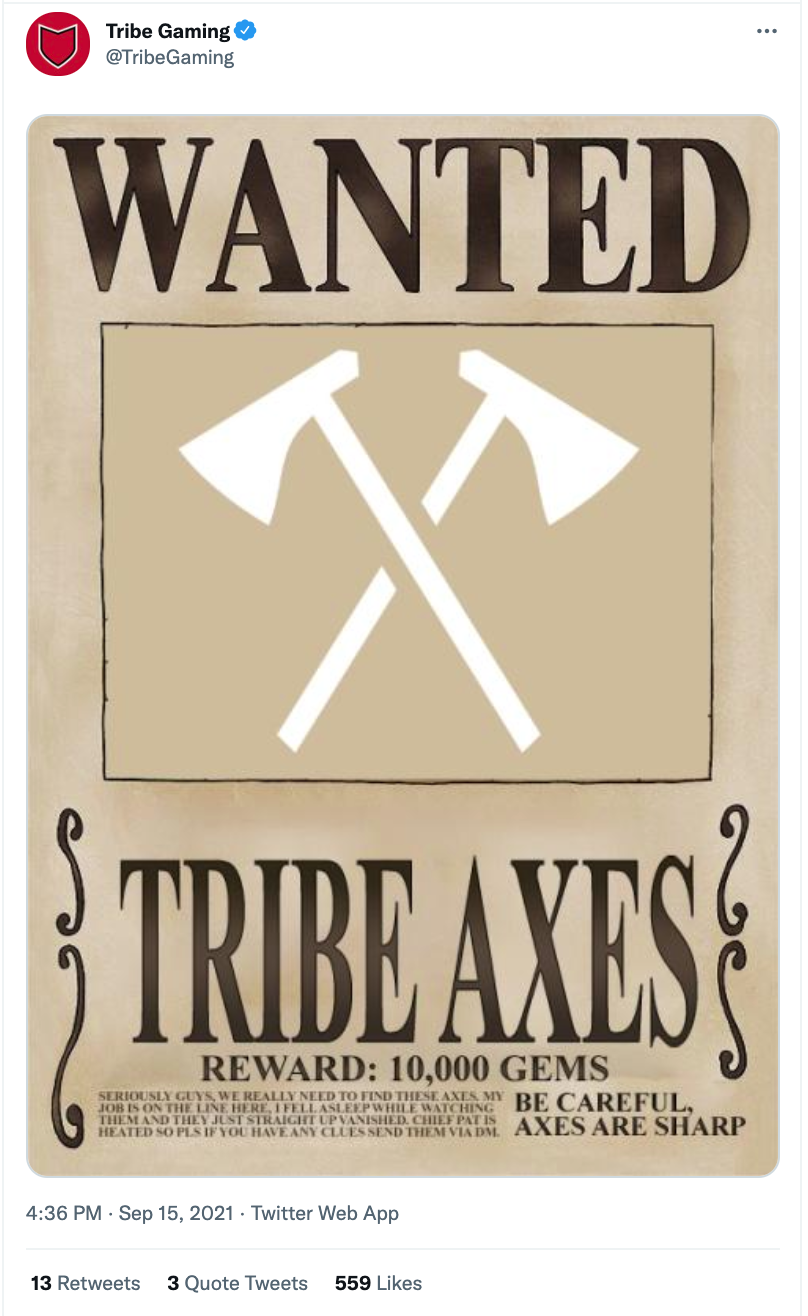 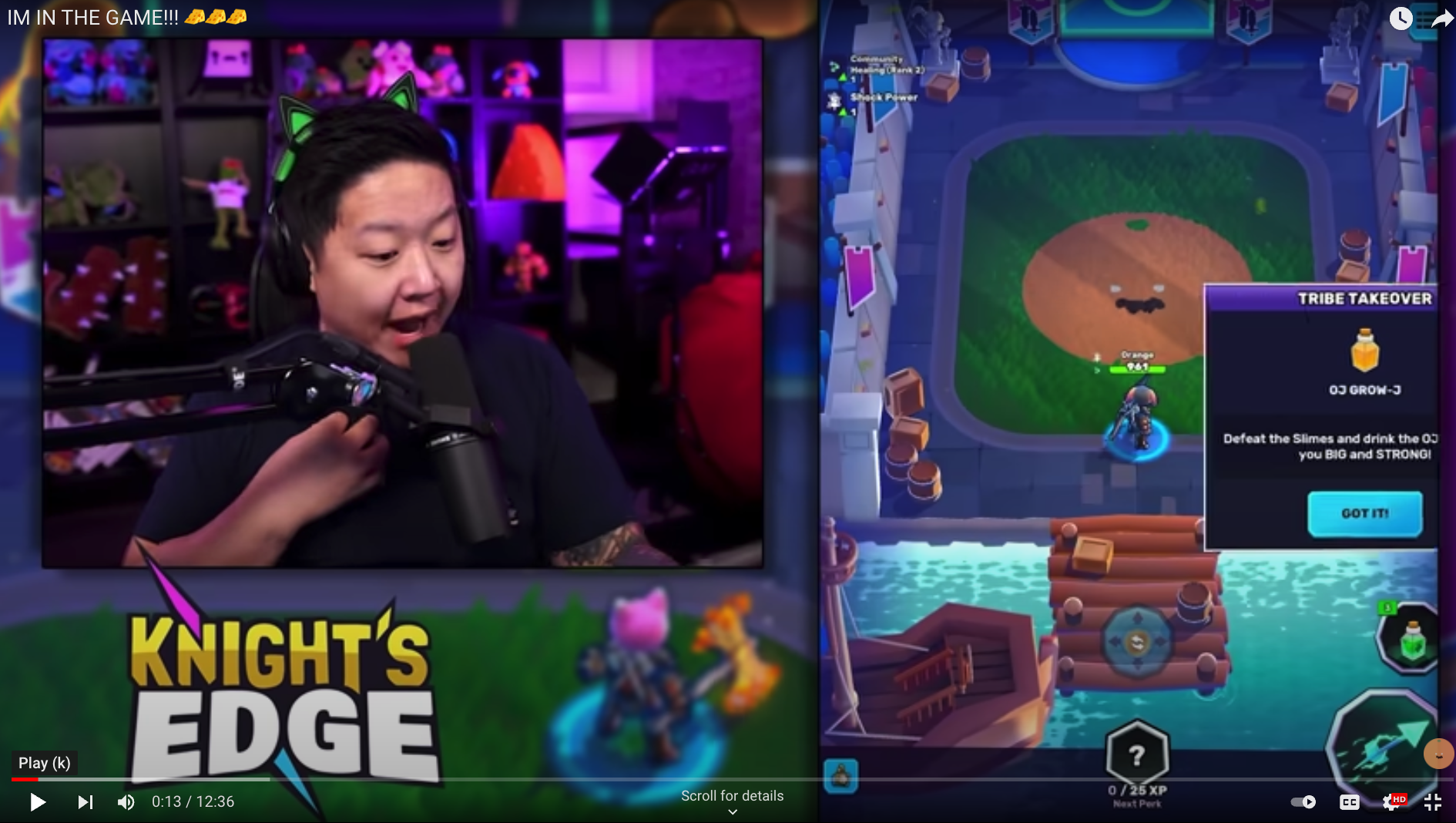 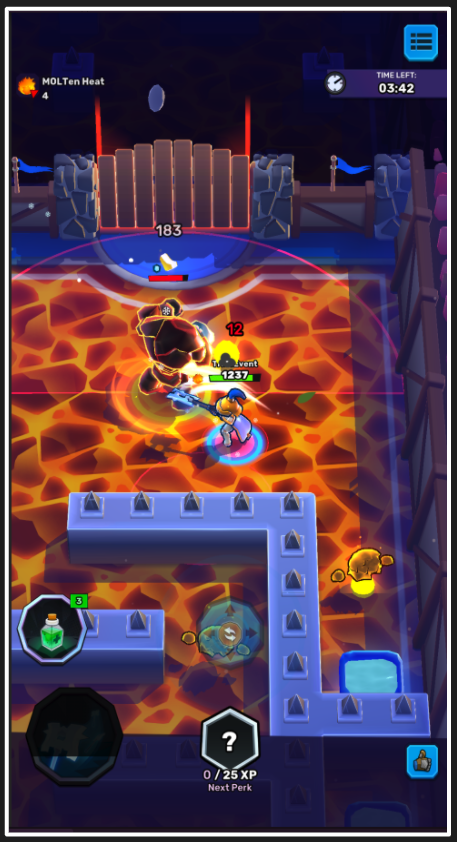 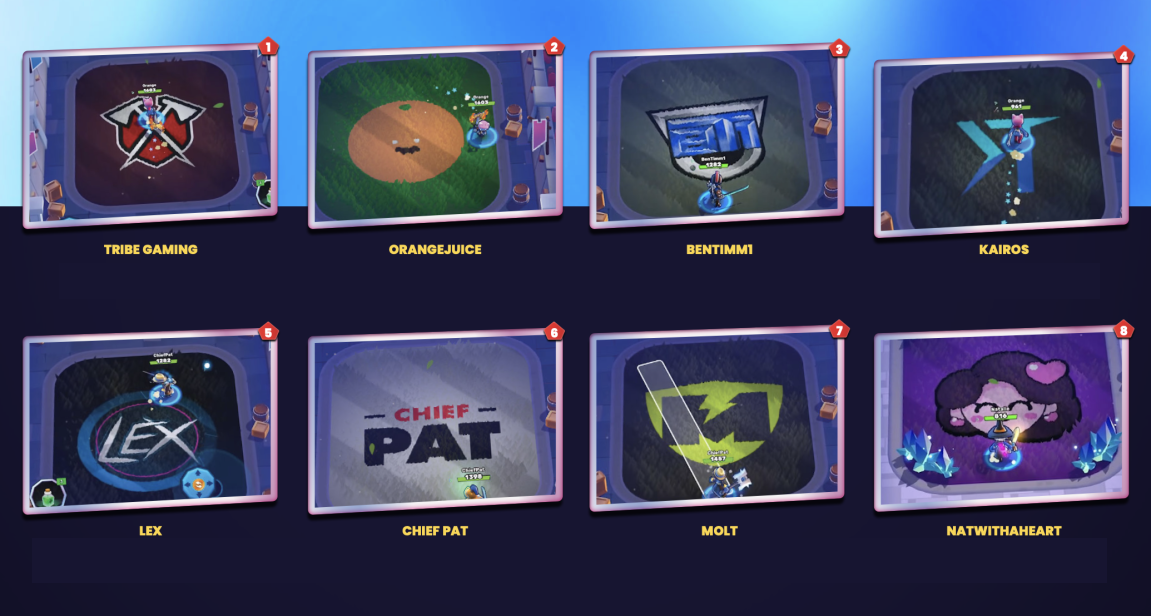