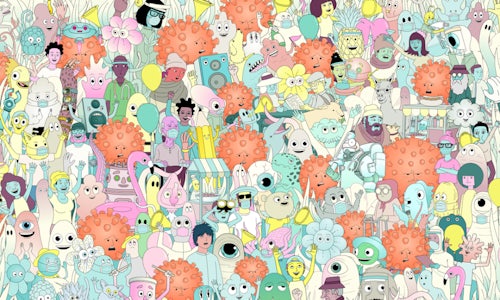 ONE is a global NGO focused on ending poverty and preventable disease.in this case, to ensure that vaccines are available to everyone everywhere. By March of 2021,  more than  80% of vaccine doses developed went to wealthy countries. And less than 1% of doses administered globally went to low-income countries. This inequity came from stalled promises, hoarding by wealthy nations, production problems and more.

On a limited budget we had to:

We knew that the injustice of rich countries hoarding vaccines while poorer nations suffered was a powerful trigger and wanted to highlight simply and clearly that THE PANDEMIC DOESN’T END WITH A  VACCINES... IT ENDS WITH VACCINE EQUITY.

Welcome to Pandemica, an animated series that portrays a pandemic purgatory- where pandemics go on forever and vaccine equity is conspicuously absent.

Pandemica’s short and subversive videos utilize attention-grabbing, imaginatively drawn animation to emphasize and simplify the pervasive issue of vaccine inequity and hoarding, which not only prolongs the pandemic, causing more deaths but also runs the risk of putting the entire world back into lockdown as mutations and variants of the virus emerge and threaten the efficacy of current vaccines.

Instead of creating a single advertisement talking about the perils of vaccine inequity, we imagined a fictional world called Pandemica dangerously close to becoming our own grim reality.  Rather than calling on traditional tactics, we created an animated series to cut through the information noise, and creatively communicate urgency to quickly reach new audiences. We launched 7 stand-alone videos voiced by 41 recognizable global celebrities including Bono, Penélope Cruz, Danai Gurira, Kumail Nanjiani who proved to be the key to breaking through information fatigue.

Creating Pandemica as a funny animated series allowed us to market the campaign as an entertainment piece. Starkly juxtaposing creative, humorous animation with the gravity of COVID-19 amplified the project’s newsworthiness and visibility, allowing media outlets an opportunity to not only cover the campaign but go deeper into the issue. This created opportunities for partnerships with media companies including Viacom, Discovery+, and more. These partnerships were and are critical to ensuring our message gets out, gets heard, and motivates action.

Further, the animated series approach allowed ONE to engage its celebrity supporters differently, allowing them to promote their ‘new roles’ across social media and tease the interest of their millions of followers.

The series ran globally across digital channels - Instagram, Facebook, YouTube, and Snapchat with key focus on the US, UK, Canada, Nigeria, Germany, France, South Africa, and Senegal. Key building blocks included optimizing the creative assets for each market utilizing local celebrity talent in conjunction with well known global celebrities, in language translations and universal messaging “If the vaccine isn’t everywhere, this pandemic isn’t going anywhere” with a strong call to action to join our fight to end the pandemic.

As our primary goal was to drive video views, our global celebrity voice talent provided a unique channel to reach a very large global audience, and our small paid media six-week flight across social platforms provided the scale and efficiencies needed to reach new prospective campaign supporters and ongoing ONE advocates. And set the groundwork for our ongoing gratis and organic activity throughout the year.

The campaign was monitored daily during the six weeks paid flight and creative was optimized by market enabling us to put greater weight behind ‘episodes’ that best performed by market. For example, Episode “COVID-20” did extremely well in the US and South Africa, while the episode “Hands” did well in the UK, France, and Italy.

Being nimble was critical. Because social channels were flooded with misinformation, we encountered a few setbacks as some key social channels in certain markets were not approving paid messaging with the word ‘vaccine’ making it difficult to get our very urgent and important message across. So we were able to move quickly and weigh our media approach to other channels without losing reach.

We also leveraged Google Grants and gratis media opportunities with Viacom, Discovery+, the Wall Street Journal, Trace Media, VOX, and Buzzfeed on an ongoing basis to keep ONE top of mind throughout the year.

To date, Pandemica has been translated into 15 languages, has received over 8 billion global earned media impressions from more than 836 press pickups; 32 million paid media impressions with over 6.5 million video views and counting. Through our celebrity supporters alone we estimated a combined reach of 57.8 million followers with 1.5 million video views. Our gratis media partners Viacom, Discovery+, Buzzfeed, Trace, and VOX drove 513 million total impressions with a 97.53% video completion rate during the six-week flight. Overall we achieved a 30% VCR at a stellar $0.01 CPV. The campaign also generated 1.5 million organic views on ONE social channels and visits to ONE.org US volunteer page increased 31+% during Pandemica advertising.

Beyond the numbers, the campaign has most importantly sparked more in-depth coverage of the issue with media outlets covering the campaign. The depth and educational quality of pieces across markets were significant. Coverage included videos, key messages, and data points on vaccines. Talent and humor opened the door for coverage to go deeper on the issue of vaccine equity. Allowing us to leverage ONE’s experts to bring facts and raise awareness to platforms and audiences that ONE doesn’t typically reach. In September 2021, the World Health Organization asked to adopt Pandemica to continue to build global awareness of vaccine equity. Calling on countries to fulfill their pledge and ensure 70% of the world is vaccinated by the middle of next year. 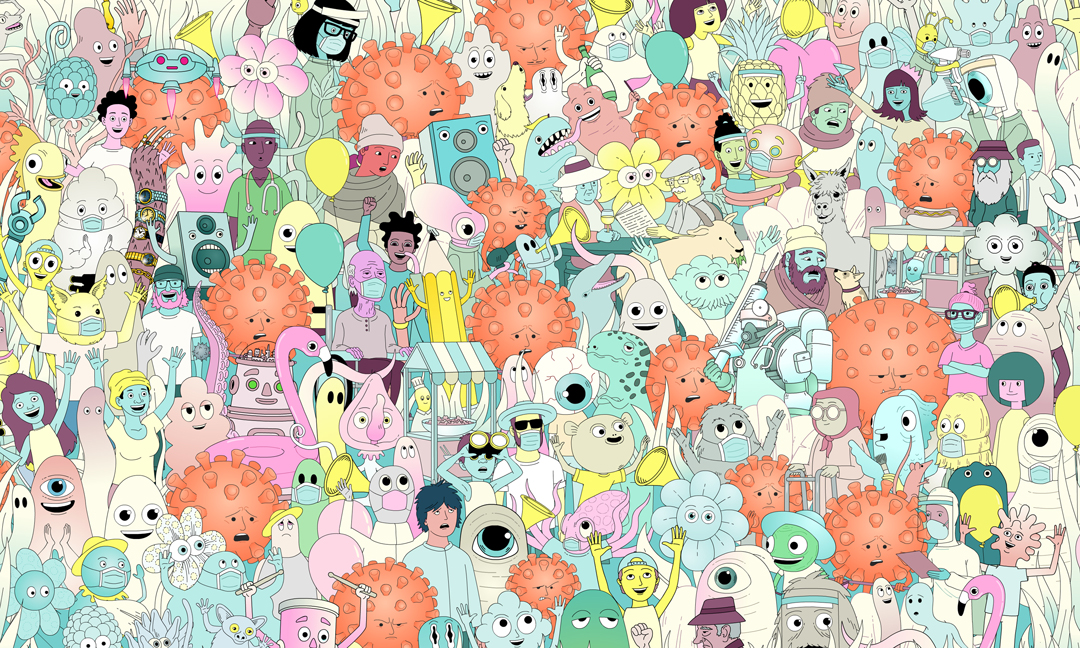 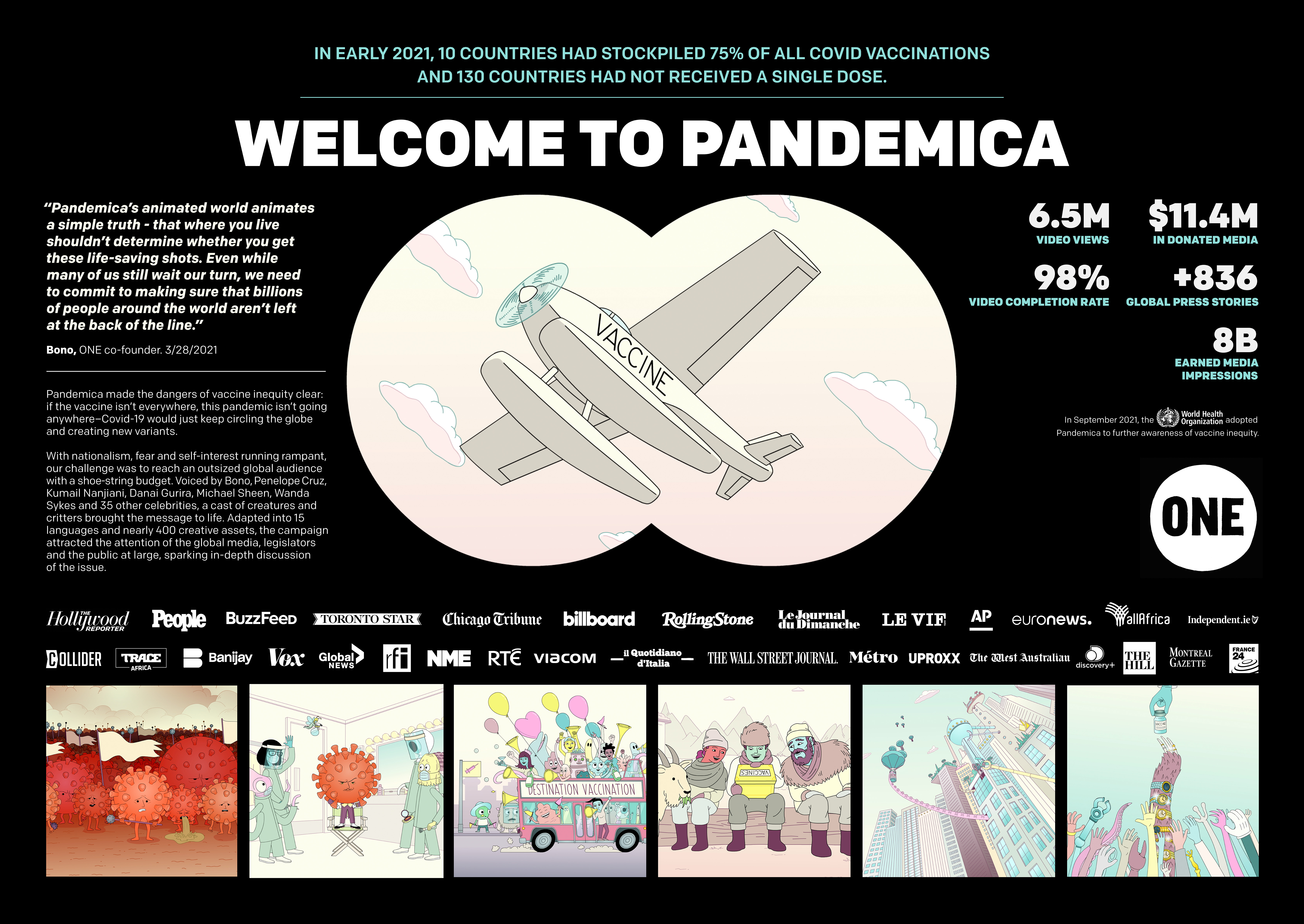 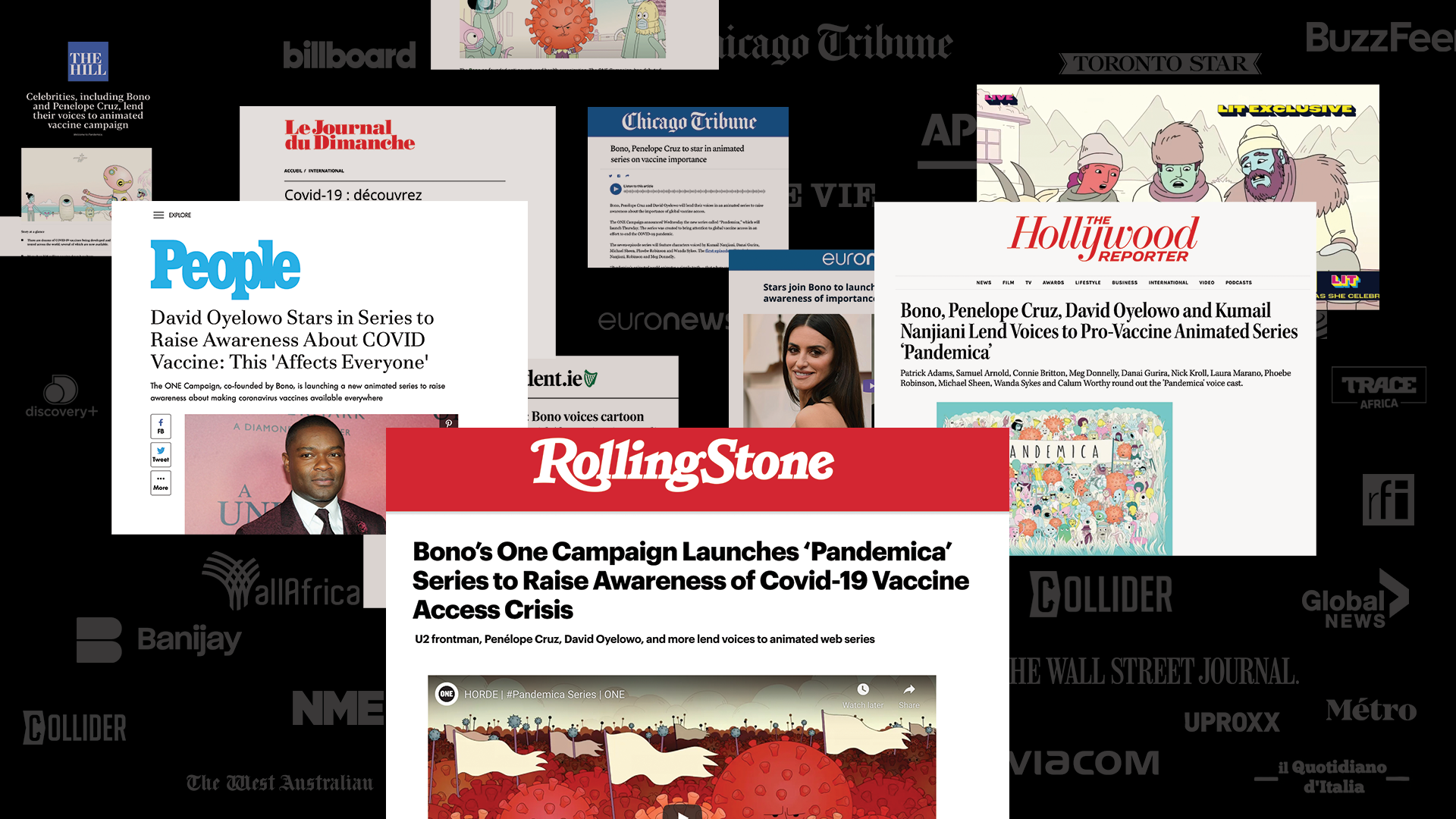 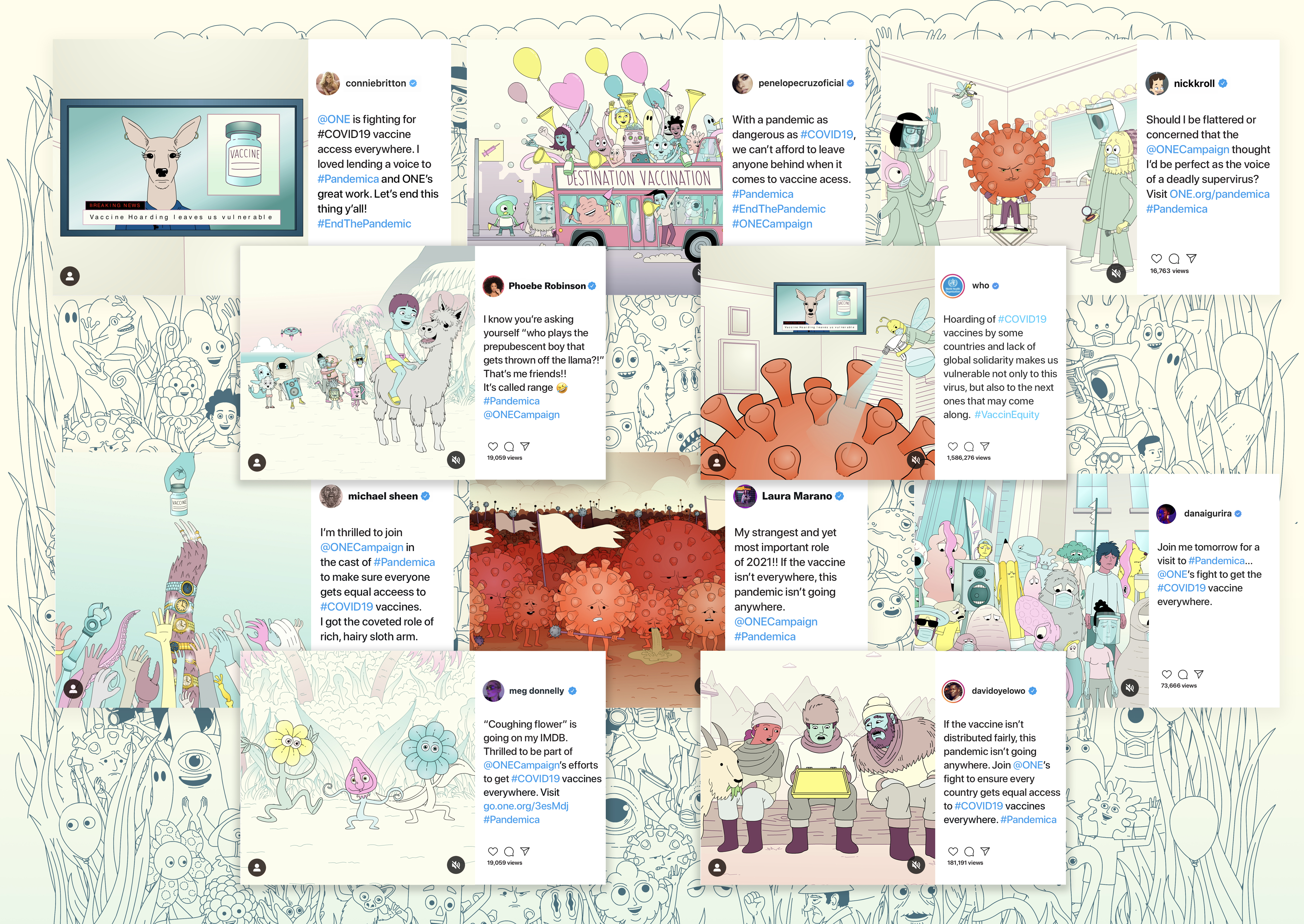 hive, The ONE Campaign