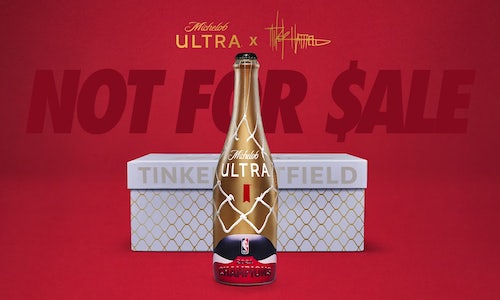 As the NBA’s newest sponsor, Michelob ULTRA needed to cement its place among basketball fans and NBA culture. We did this by collaborating with Tinker Hatfield, Nike’s world famous shoe designer, to create a limited edition Championship Bottle that could only be won, just like the NBA championship itself.

Since we partnered with a legendary sneaker designer, we treated the release like the season's biggest sneaker drop. The bottles were given out to the winning NBA team and a lucky number of fans — the amount of bottles made? The winning team’s score.

We kicked off the release on social – ensuring everyone knew when it dropped.  Then, during the championship game – their game clock was our drop clock.

Leaning into Reddit culture to get the news of the exclusive drop out there, we held an AMA with Tinker himself –taking questions about the design inspiration behind the bottle and some of his most famous shoes.

To drum up interest in Michelob Ultra’s sponsorship of the NBA, the brand wanted to drop a championship bottle so sought after that the hype trickled up to NBA Finalists.

As a fitness-led beer brand, we wanted to disrupt the status quo of the sneaker industry by dropping a championship bottle designed by a sneaker legend – Tinker Hatfield.

Tinker gave us the opportunity to speak to Players and Fans in a way that went beyond the game itself. Like a true sneakerhead. This was the biggest and most unorthodox drop of the season. The drops that make the most waves are often unexpected collabs.

But unlike traditional sneaker drops, our bottle was so exclusive, it couldn’t be bought. It had to be won.

Leveraging the sneaker legend’s Midas touch made our championship collab just as coveted as his kicks.

More than 100,000 fans went to the site to win one of 105 exclusive bottles, in honor of the number of points the winning team (Milwaukee Bucks) scored. The hype for the bottle temporarily crashed our site. Just minutes later, every bottle had been claimed and Michelob Ultra was trending on Twitter. Demand was so high, people even began selling the bottles on eBay for $1,000. 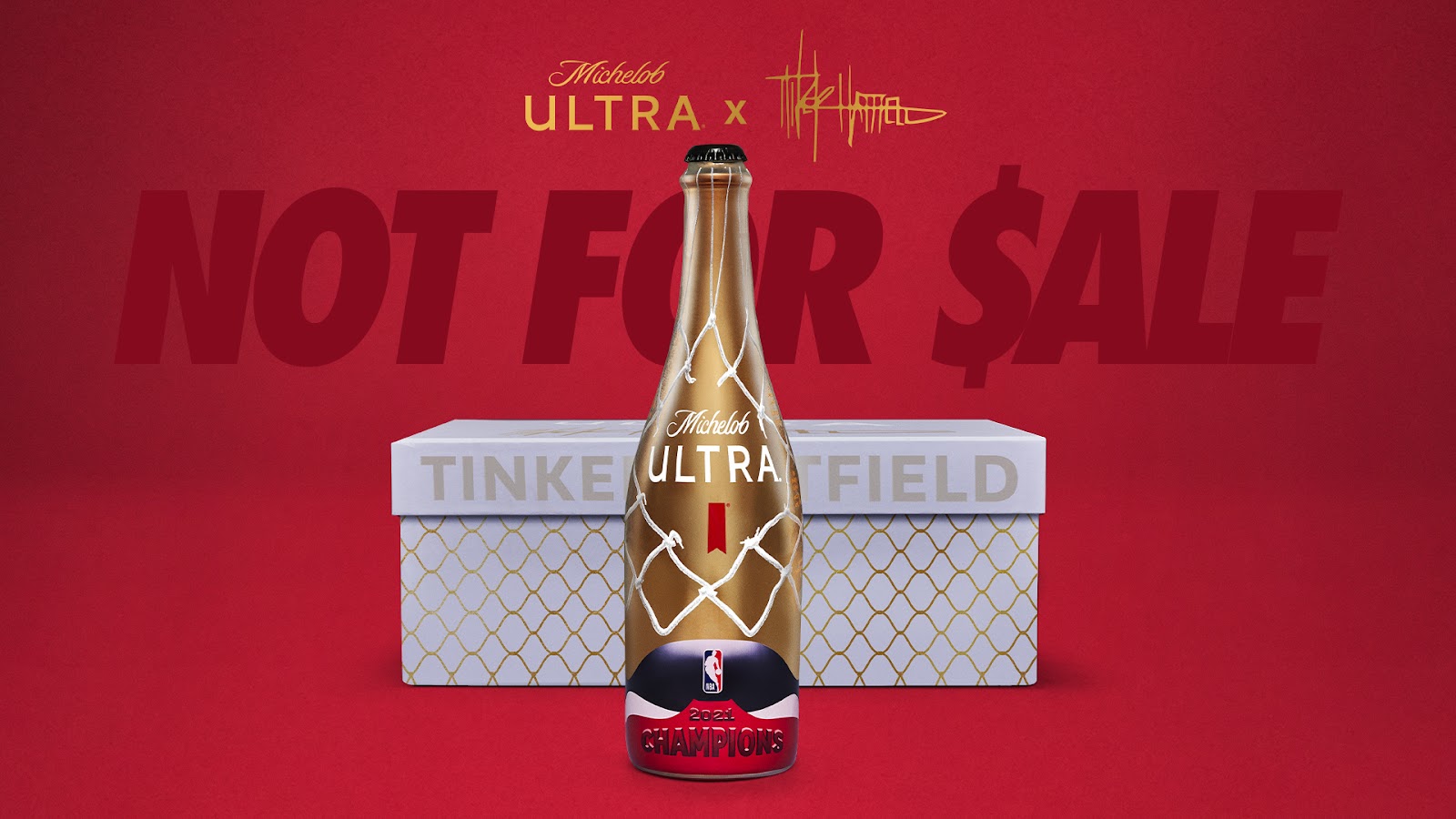 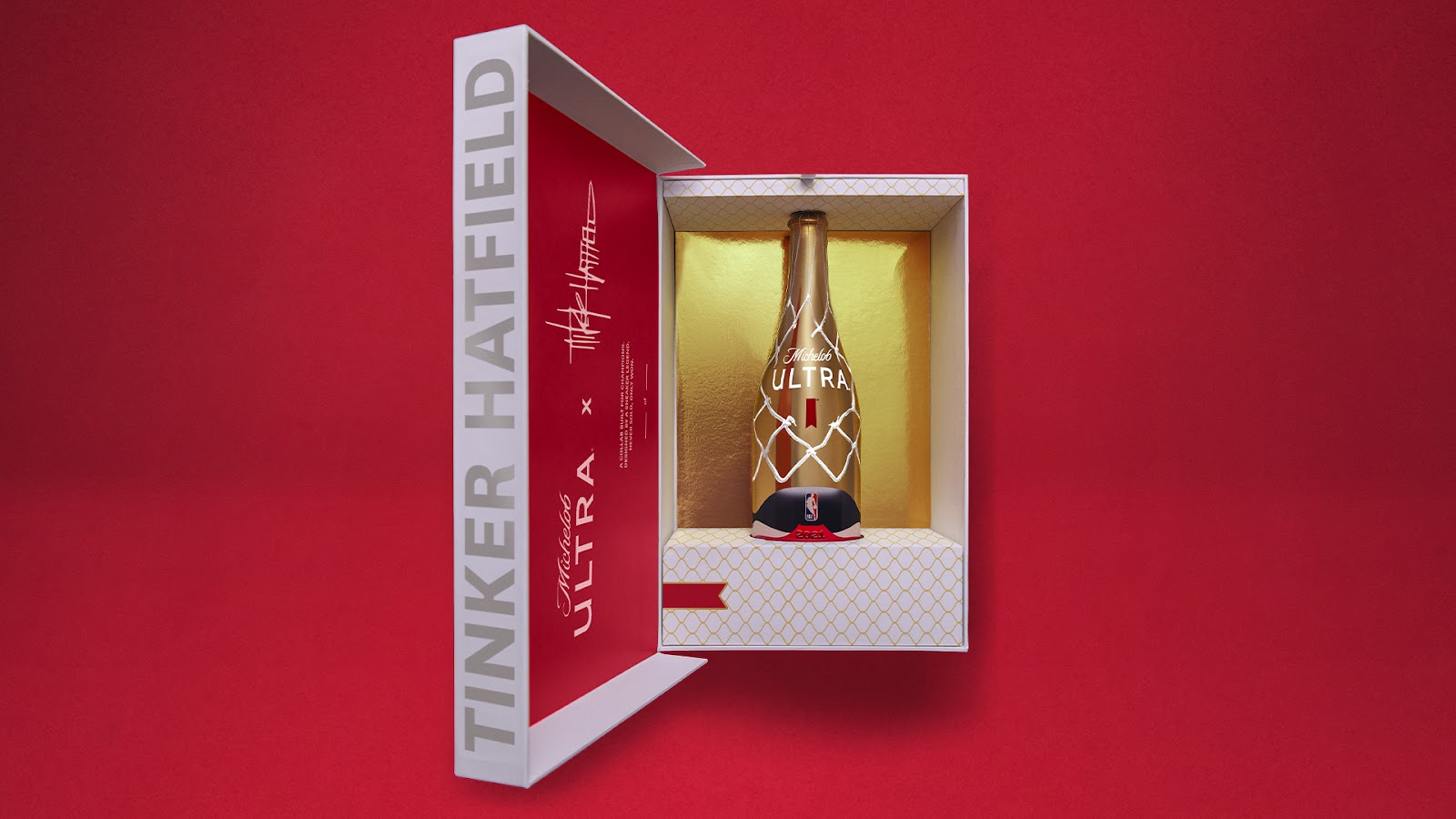 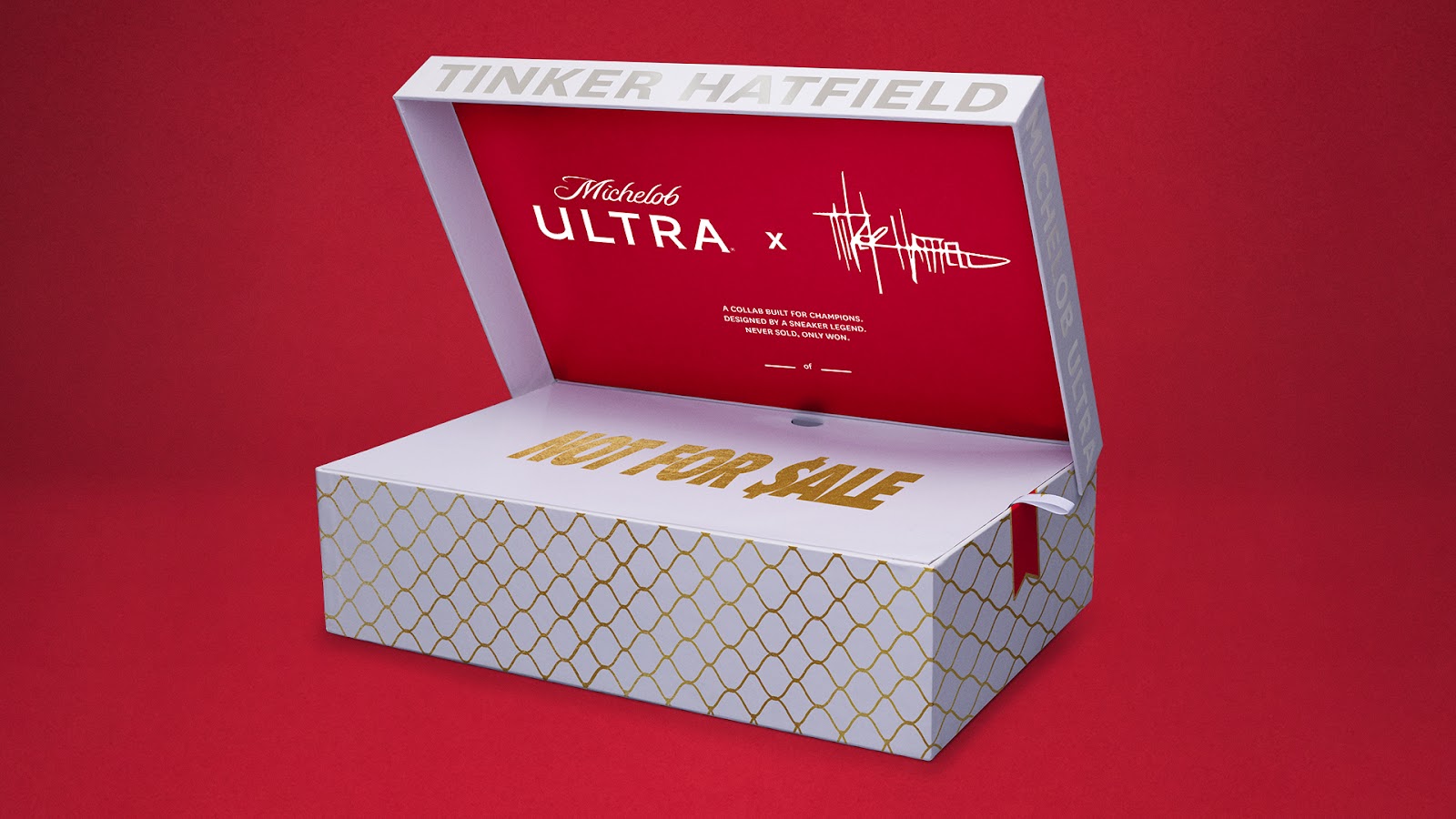