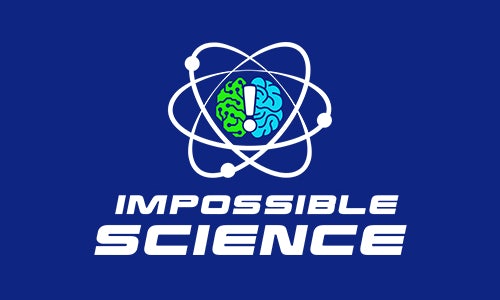 How do you encourage today’s youth to be curious and inspire wonder, specifically in the fields of science and technology? This question is the foundation of the Impossible Science brand. During Spring 2020, when pandemic lockdowns were in full force, world champion magician and science educator Jason Latimer, partnered with Sony Pictures Television to bring his unique expertise in magic and science into the homes of students, parents and educators, who suddenly found themselves impacted by remote learning.

Our goal across platforms has been to develop a fun educational resource for families, educators and students during a time where learning has continued to be challenging; inspire viewers to look at STEAM in a new way; and become a credible leader in the digital educational space.

To carry out our goals and objectives, we built a series of educational episodes that taught and demonstrated STEAM principles through engaging activities, many of which viewers could participate in using everyday household items.

To expand the reach and impact of our episodes and lesson plans, Impossible Science partnered with local and national educational bodies including Los Angeles Unified School District, New York Department of Education, PBS and the Let’s Learn digital learning platform. We also broadened our impact by working with partners such as USA SciFest, NASA and The Empire State Building who have a big STEAM focus along with utilizing Sony’s resources of owned channel support, celebrity guests, iconic IP (Ghostbusters, PlayStation and Spiderman) and impact initiatives to help spread the word. We are also currently developing an interactive science kit that will be freely distributed to 10,000 students with a focus on those in underserved communities in the coming months.

To make sure we captured the attention of tomorrow’s innovators we launched a TikTok account to not only supplement and create buzz around our episodes but to introduce STEAM principles and Jason Latimer’s unique blend of magic and science to new audiences. In nine months, the channel has gained over 321K followers with 13 videos reaching over 1M views.

Our TikTok content strategy has centered around being nimble with the brand ethos of making the “imposible, possible”, inspiring viewers to ask questions and think about STEAM through the exploratory lens of magic. Our evolving strategy heavily relies on listening and learning from our viewers, utilizing the inbuilt publishing tools such as stickers and voice to text to create an organic feel and ensuring that viewers are left with a STEAM takeaway, often provoking questions and conversation.

Our primary challenge was creating workflows and brand awareness as a new endeavor, with new staff and limited resources, in what was primarily a remote work environment. Our host/talent, Jason, had to learn to self-shoot, directing most episodes and TikToks alone, while supported with scripts, witten shot lists and cues.  This meant he had to heavily expand his physical production knowledge to troubleshoot lighting issues, audio challenges and more.

As a new venture, budget constraints also posed an initial challenge leading us to work creatively with existing episode footage while testing and experimenting with new formats to evolve our programming dependent on viewer preferences and trending topics.  Learning and iterating after each video, allowed us to invest our micro budget into the type of videos we thought may perform the strongest.

We have far exceeded our initial goals on TikTok with our channel subscriber base growing by 864% from 33K to 318K since January 2021. In this timeframe, we generated over 44.8M views, 41.4M in reach and over 16M mins of watch time. 13 of our videos have reached between 1M - 10.6M views, with three receiving global press coverage for their innovation and our expertise in our area of science.

Our success in the past year has far outpaced our initial grassroots projections of reaching and assisting parents, students and teachers during an unprecedented pandemic. As Impossible Science continues to grow exponentially, we look forward to continuing the pursuit of making the “impossible possible”. 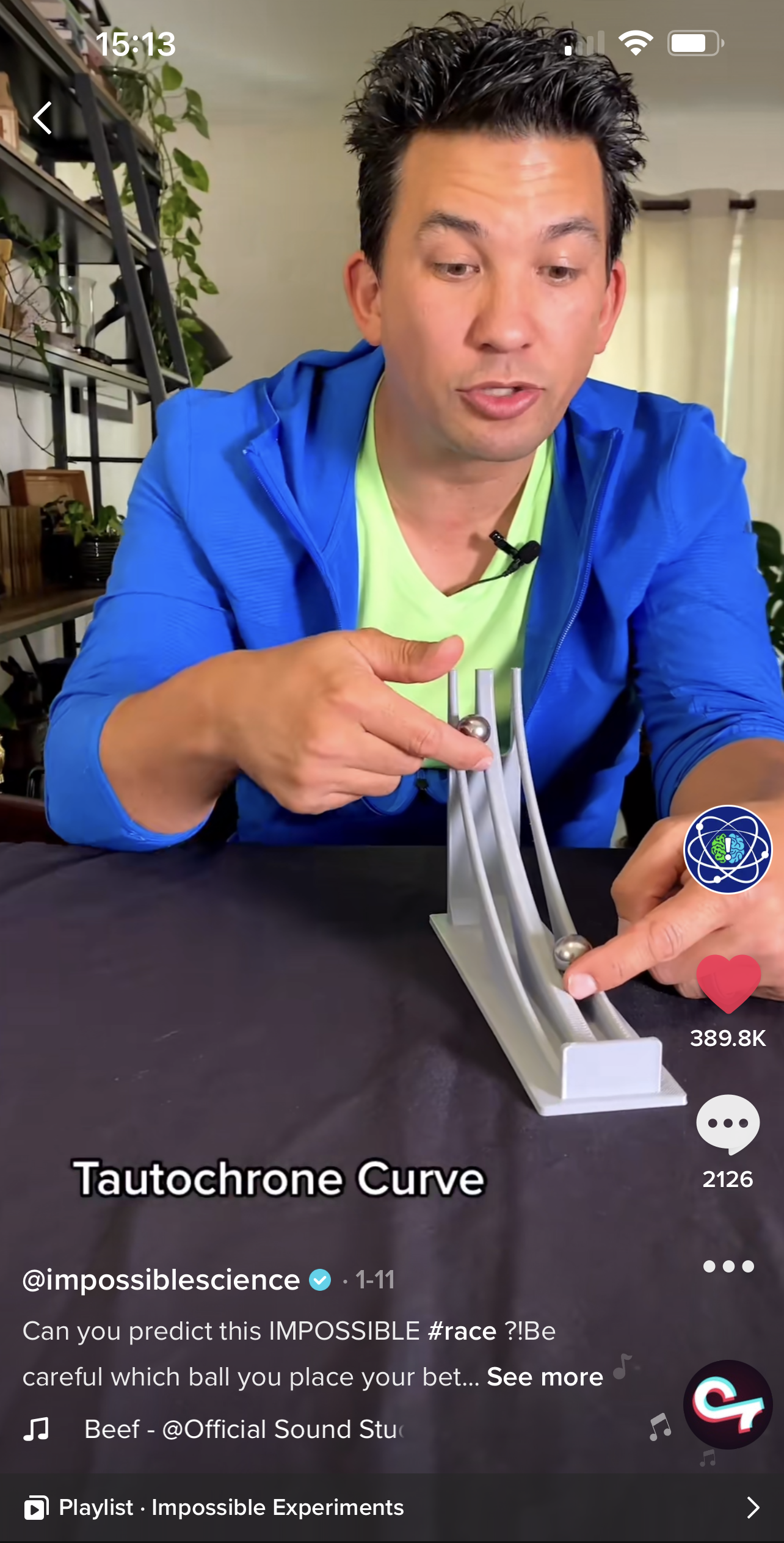 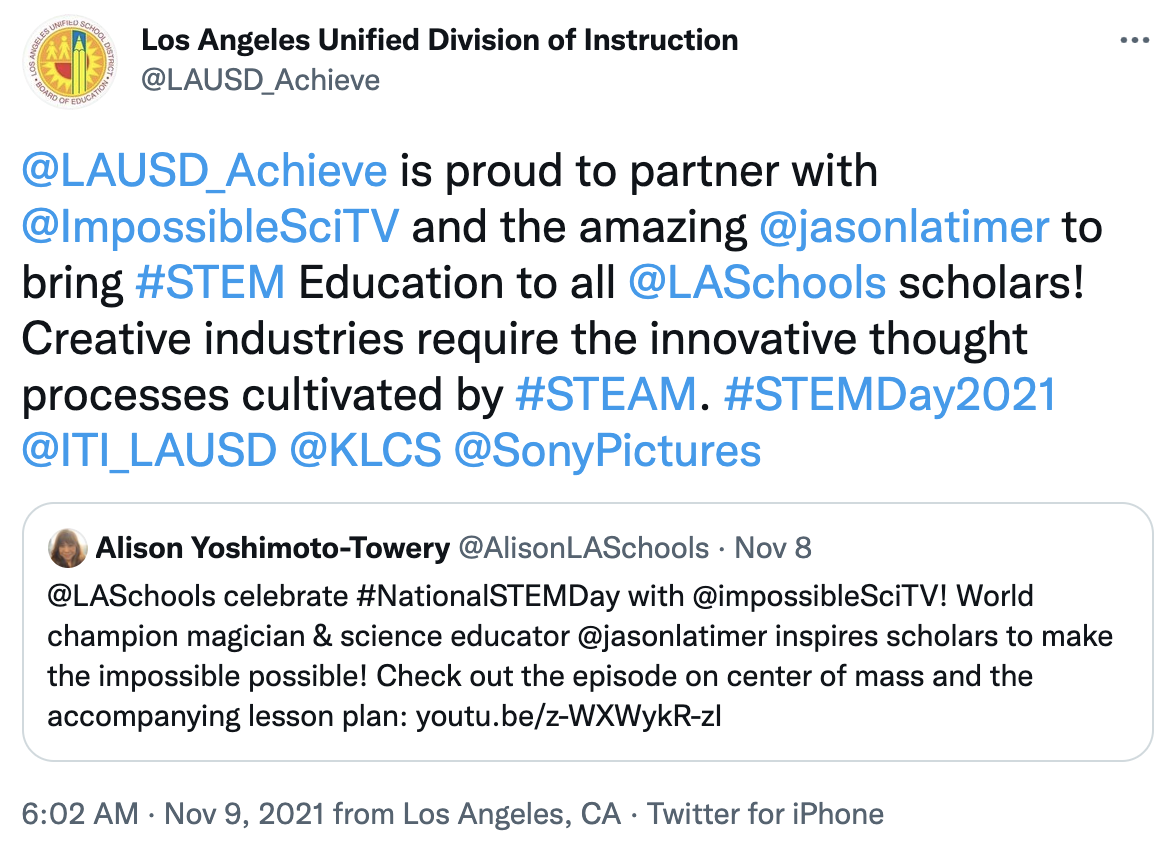 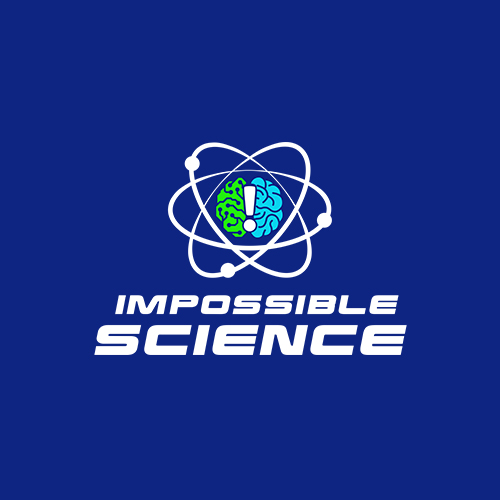 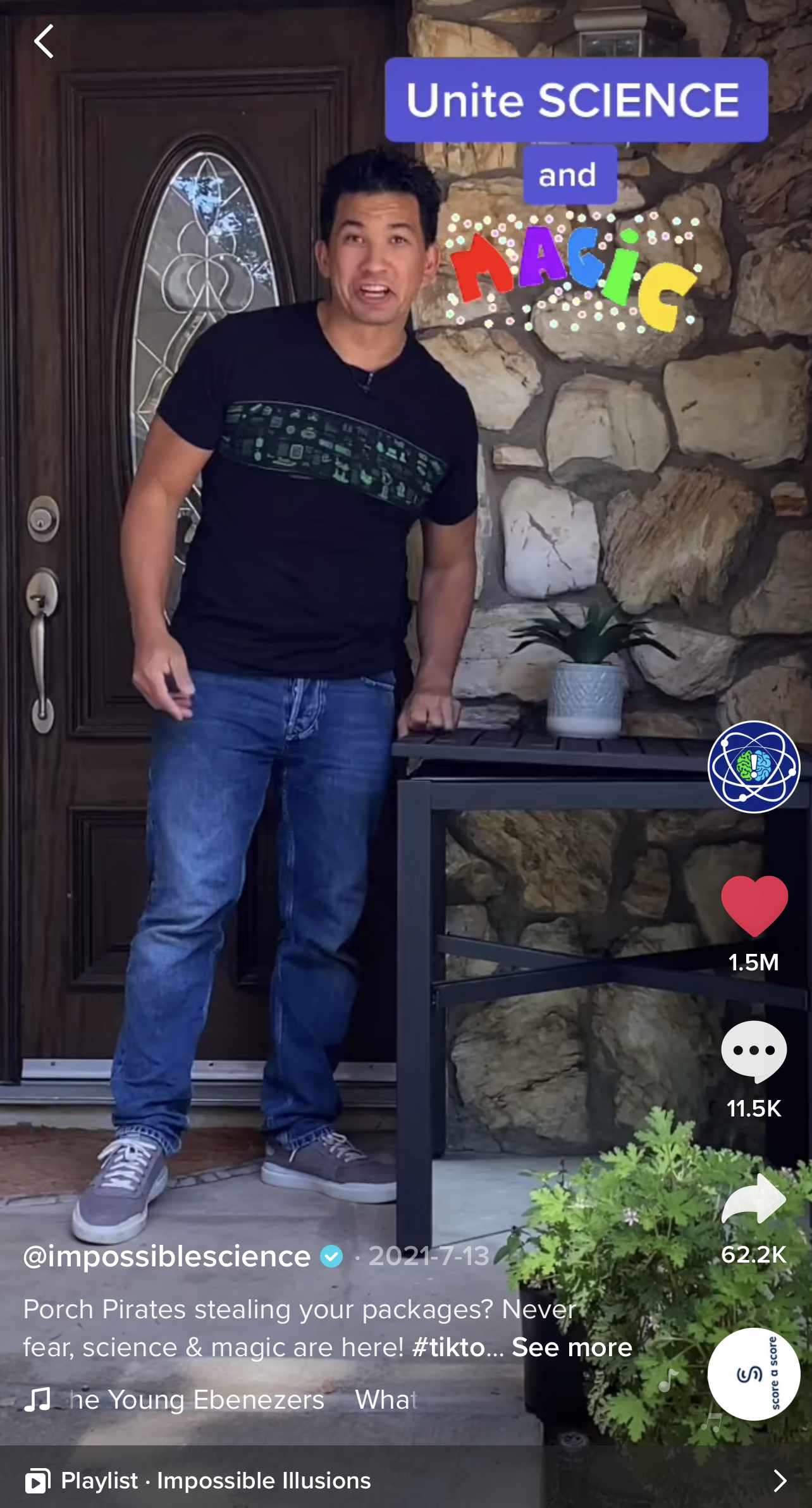