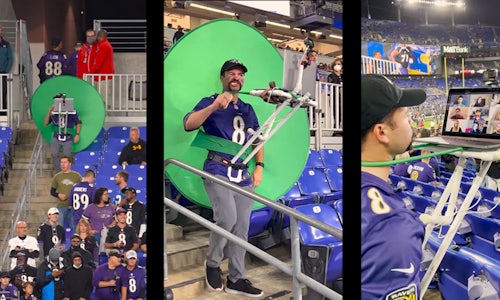 In hindsight, our objective looked simple: create viral content? Sure. But the phrase “viral content,” now that’s just a loose term too often kicked around by marketing teams trying to make campaigns sound cool. A term any social team tries to avoid at all costs. Also, who knew this stunt would end up being this big? So, our real goal: Identify up-and-coming micro influencers and partner with them to produce fun and engaging content, content that is optimized especially for youth-focused, emerging platforms like TikTok and Reels. Content that not only appeals to the micro-influencer’s audience and football fans, but to everyone … while promoting the fun of football.

And with that, what is one thing almost everyone can relate to? A doldrum day filled with virtual meetings. From school and university classes to the classic marketing all-hands, the pandemic forever changed how we all conduct get togethers. For better or worse. What is another thing almost everyone can relate to? Wishing to be anywhere else BESIDES those virtual meetings.

Meet TikTok influencer Frankie LaPenna, The Green Screen Guy.  He first hit the scene with his viral schtick of going on wild adventures while being in the middle of a virtual meeting. We wanted to partner with him and bring to life a virtual meeting escape every sports fan dreams of when stuck in yet another boring meeting: being at the game instead of work.

The strategy, as simple as it seems, was not so simple. Trying to pull off a green screen / laptop stunt like this…at an NFL game? We needed serious buy in, and serious partnership. That’s where the Ravens come in. Hot on the scene with one of the game’s youngest and most dynamic quarterbacks, Lamar Jackson, a streak of primetime games and a penchant for fun on social media…we knew we had the perfect recipe. Together, we set out to bring Frankie and his shenanigans to a game that all eyes would be on. A primetime game. Monday Night Football.

We had 3 content ideas and exactly 1 hour to pull them all off. The idea was simple: put Frankie into 3 scripted hilarious situations, with the golden piece being the in-stadium reveal. Shot half on cell phone, half on DSLR, with the zoom portion recorded earlier in the day thanks to a group of  voluntary, non professionally trained but professionally sound colleagues as the meeting attendees, we were able to string together the 3 content pieces in near real time. The roll out went like this: strategically introduce Frankie to our audiences during the game to drive awareness and engagement on the 2nd screen during MNF. The Ravens happened to put on a heck of an exciting game winning comeback drive, which set us up for Day 2. The next morning, the golden piece went live.

Going live across @Ravens social accounts first, we shared and engaged across @NFL league accounts and natively on Frankie’s accounts. Within minutes, the internet went crazy. Naturally, sports media had a hay day with it: Bleacher Report, SportsCenter, NFLonFOX...you name it.

Next: the real results started pouring in. Meme accounts, such as Nugget and Memezar, accounts followed by millions for the laughs they curate. Accounts that don’t normally share sports content, much less sports league-produced content. The numbers skyrocketed. Even @Instagram (the most followed account on Instagram) shared Frankie’s post to their series called “Things This Week That Made us Smile.”

Later that week, we went live with our final piece: Frankie at a tailgate. The success of the first two, coupled with Frankie and the infamous green screen being introduced to millions more, set the final domino. 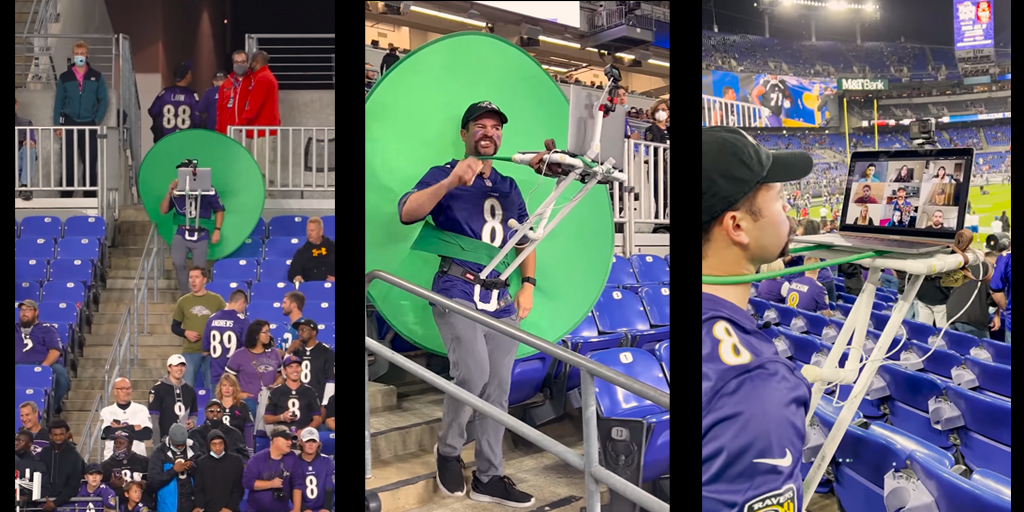 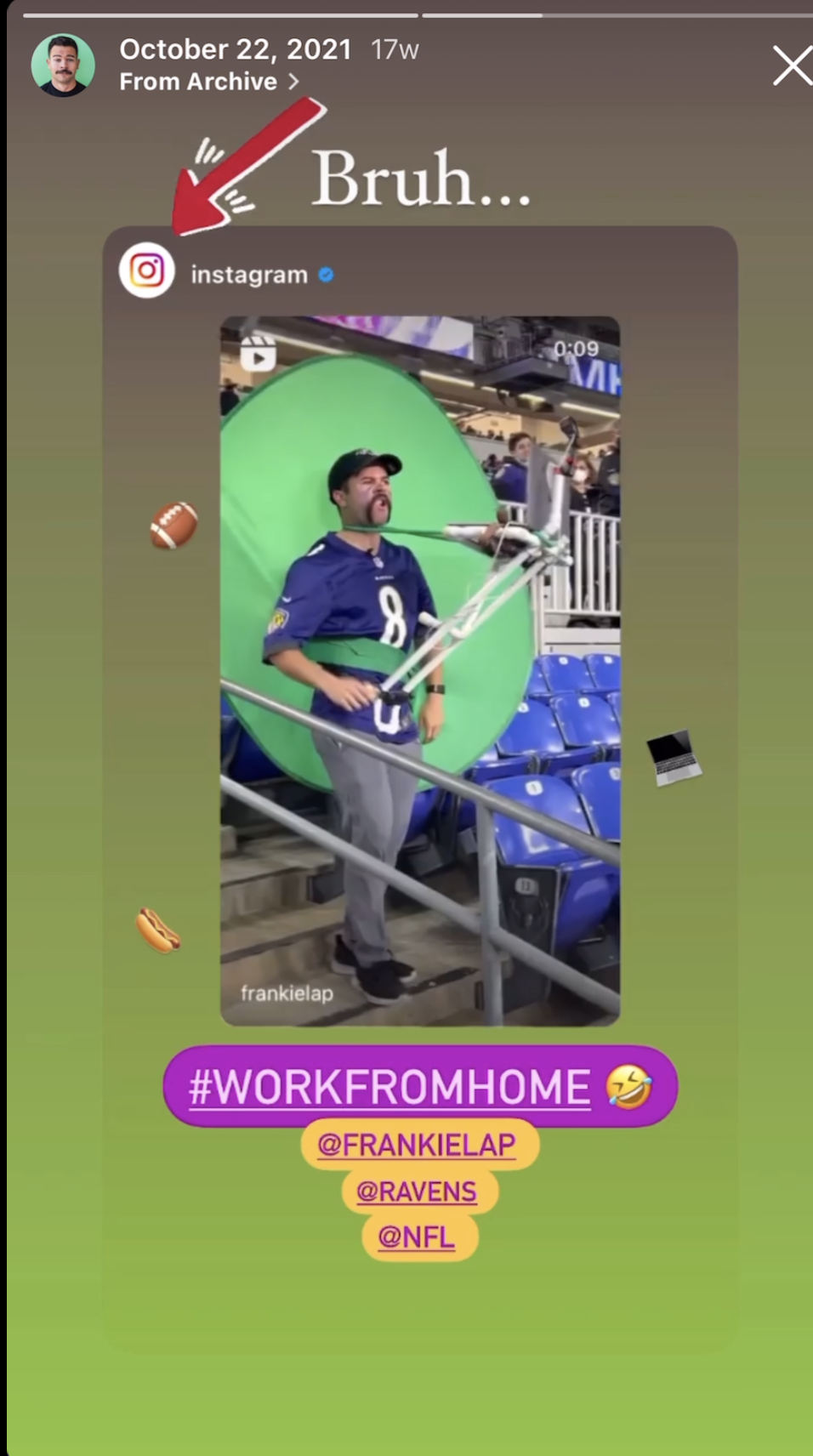 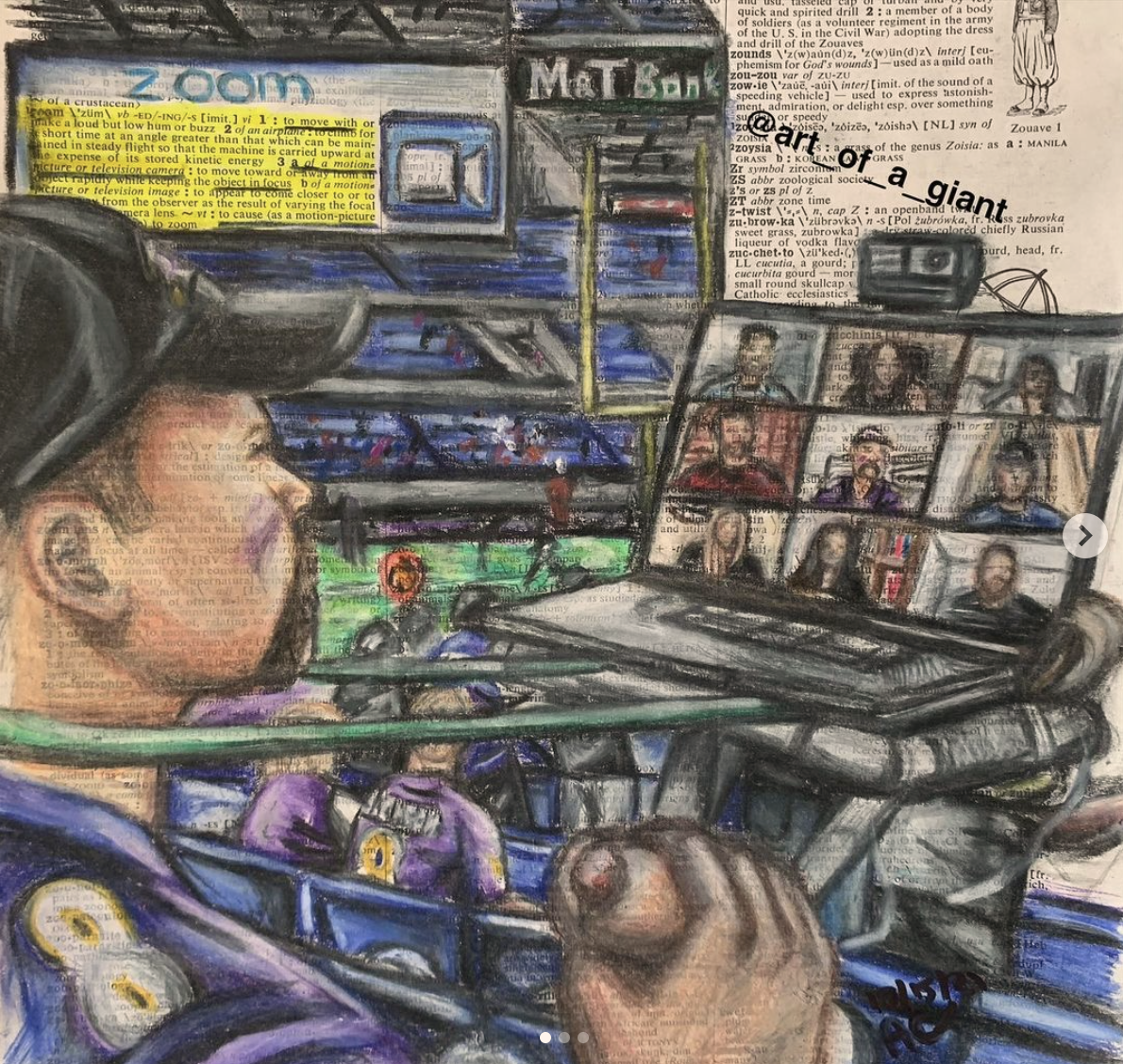