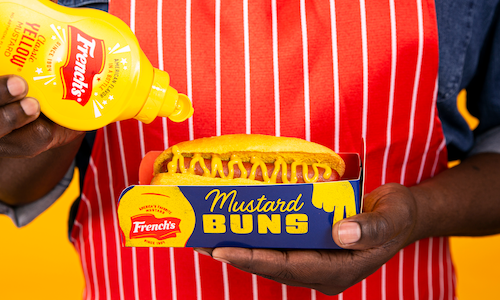 In 2021, McCormick saw an opportunity to grow French’s share of host food occasions as a way to drive incrementality. Our charge for the year was to get French’s Mustard on one more sandwich. We needed to deliver a pr-able idea beyond paid media placements that would get America talking.

During the Pandemic, Americans had been eating a lot of sandwiches – an estimated 300 million a day, nearly one per person, according to U.S. Foods.

Then we considered our beloved condiment – its bright flavor is tangy. For some, it’s polarizing.

We needed a hero sandwich that everyone loved.

And we needed to ensure that hero would be relevant during our summer activation timeframe.

So instead of asking Americans to put mustard on one more sandwich, we decided to bake French’s right into the bun of America’s favorite summertime sandwich -  the hot dog.

French's Mustard Buns were available at iconic hot dog eating locations across the country. For National Mustard Day, August 7, 2021, branded hotdog carts appears at locations like: outside the MET Museum and inside Yankee Stadium in NYC, At the Oriole's Camden Yards in Baltimore, On the street in Chicago's Gold Coast, on the Santa Monica Pier, and outside the entrance to Fenway Park in Boston. French's also released several mustard bun recipes online for at-home baking, and proved that French's signature tang belongs on any sandwich.

Our goal for this effort was to tap into culture and get people talking about French’s. We earned 819 million impressions, 46 million of them in social. 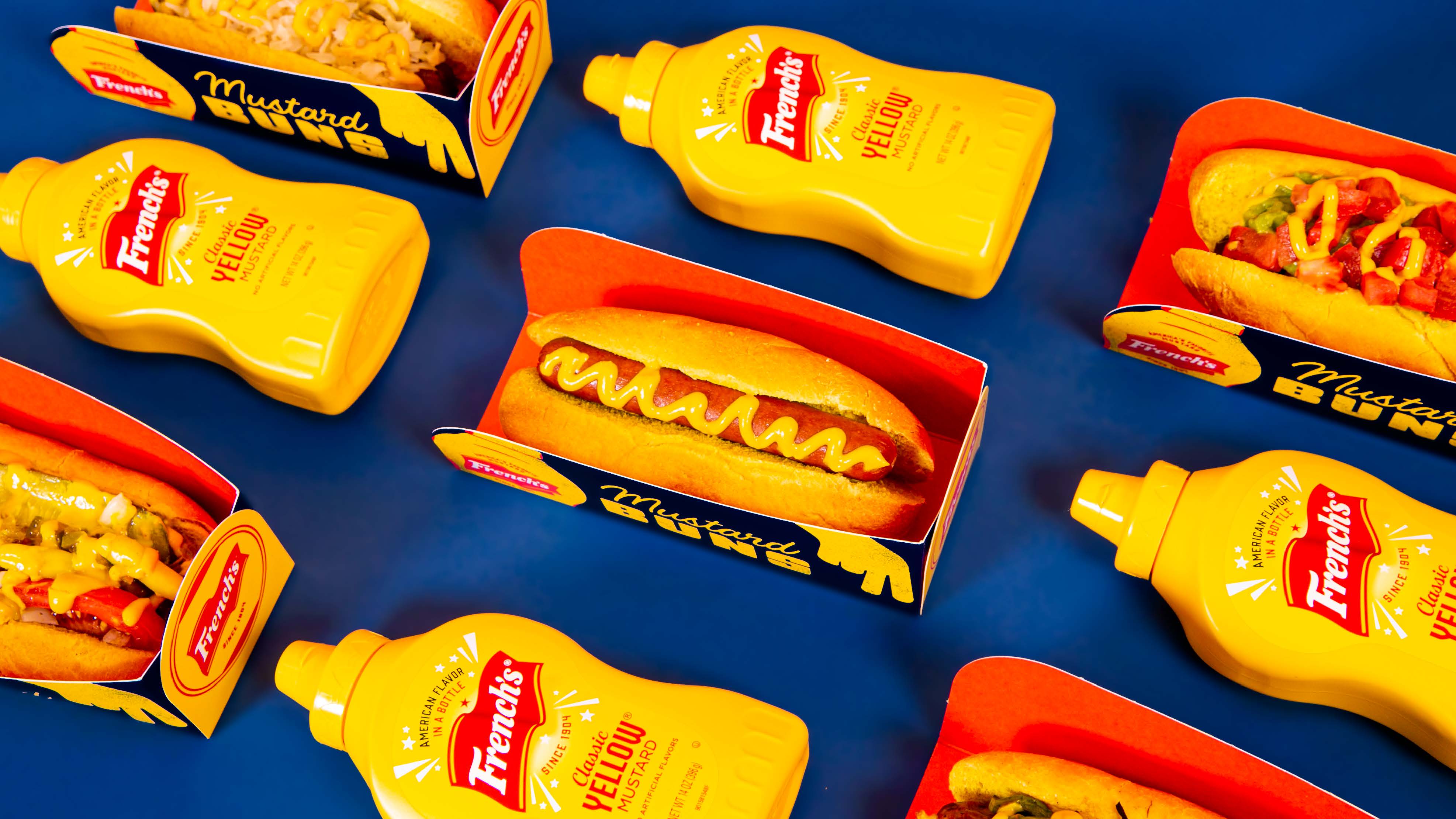 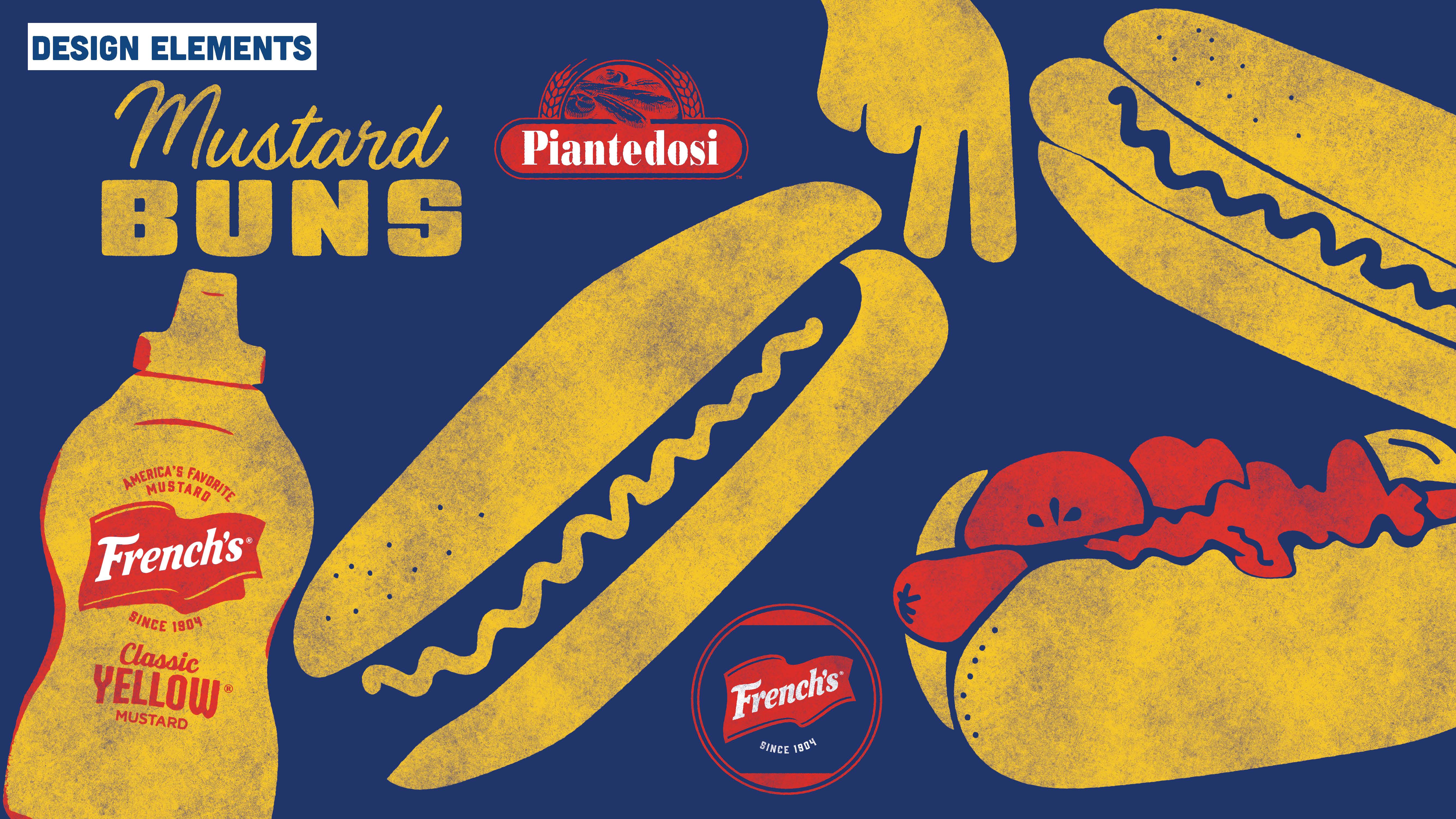 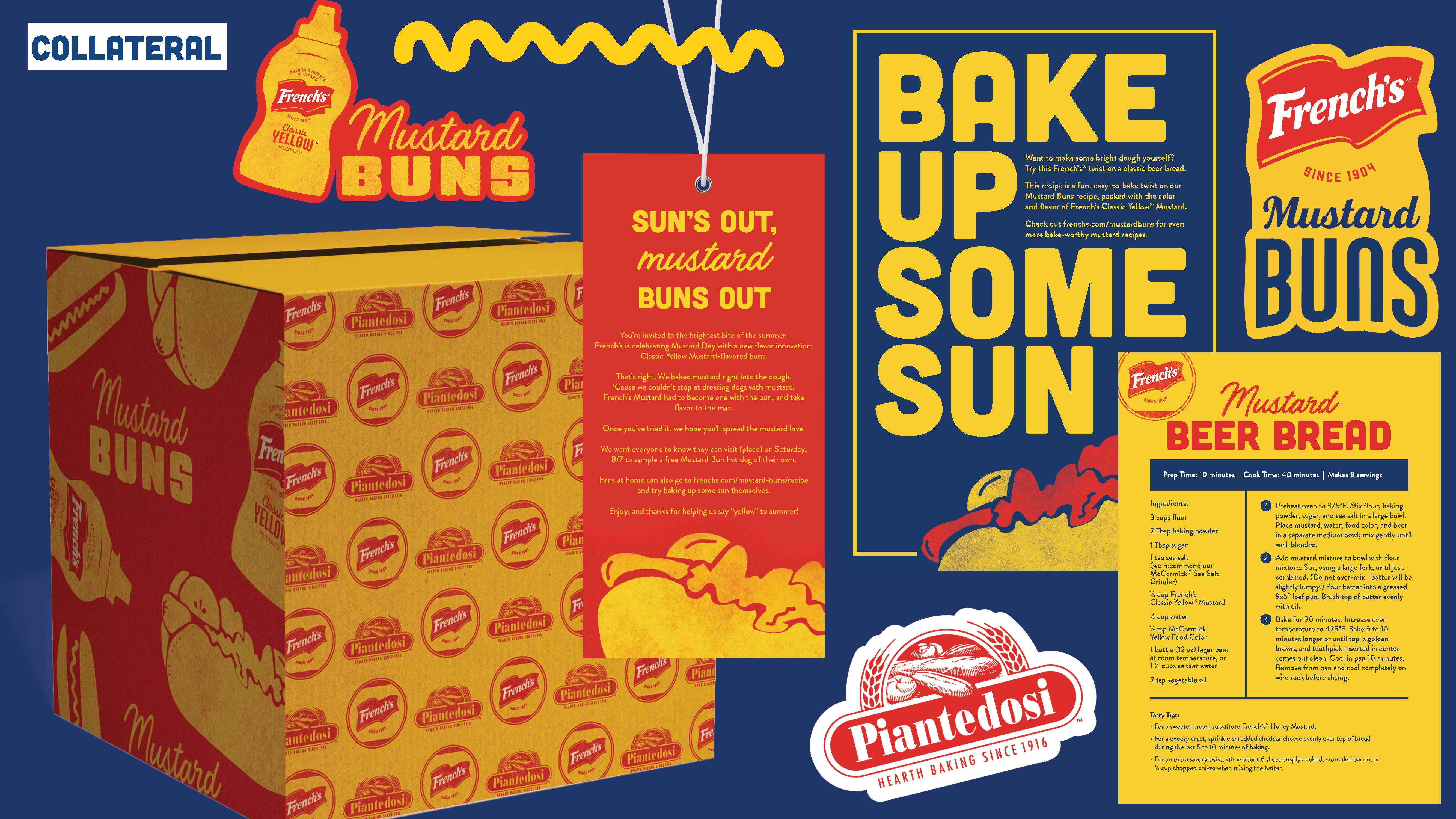 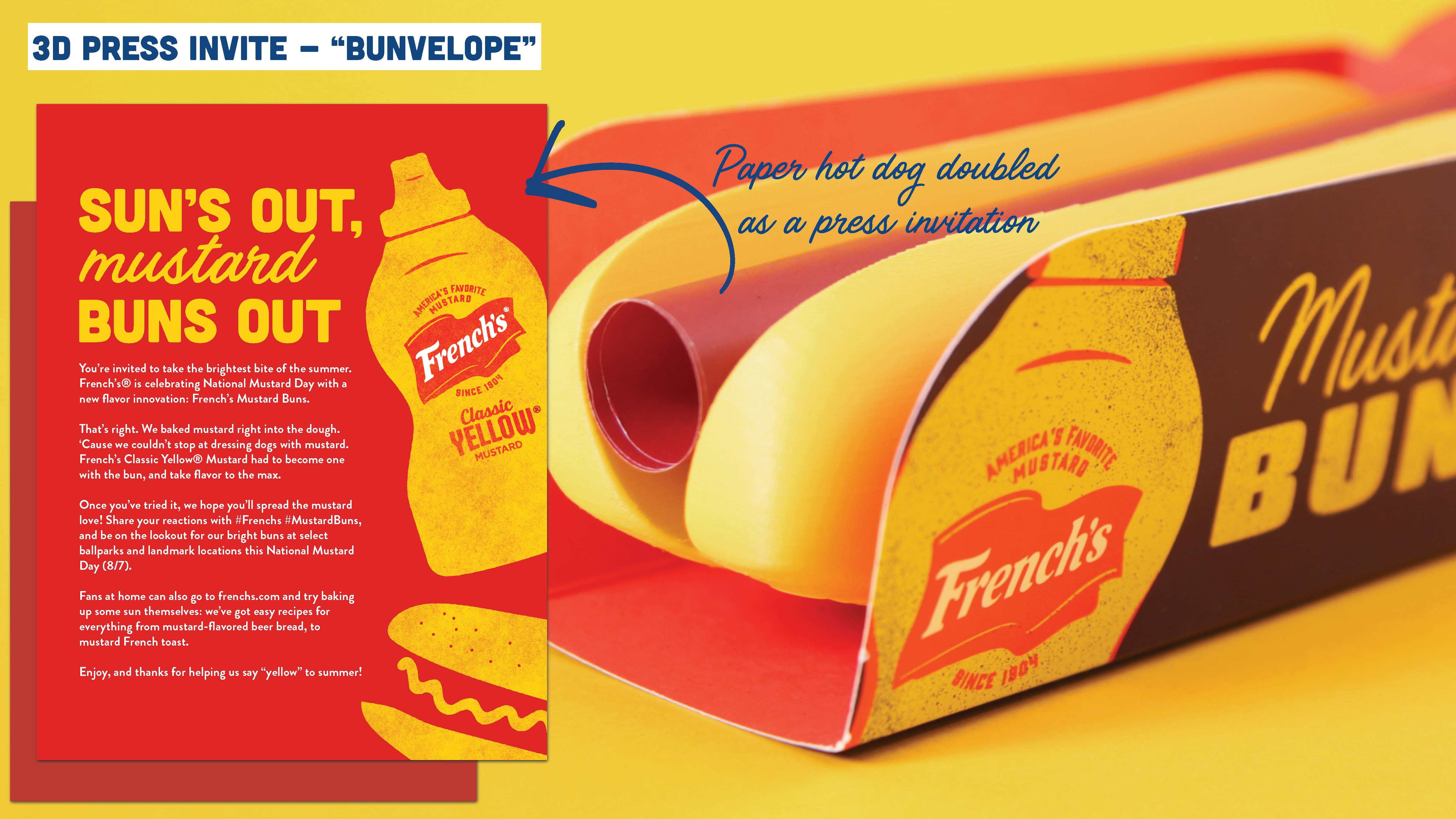 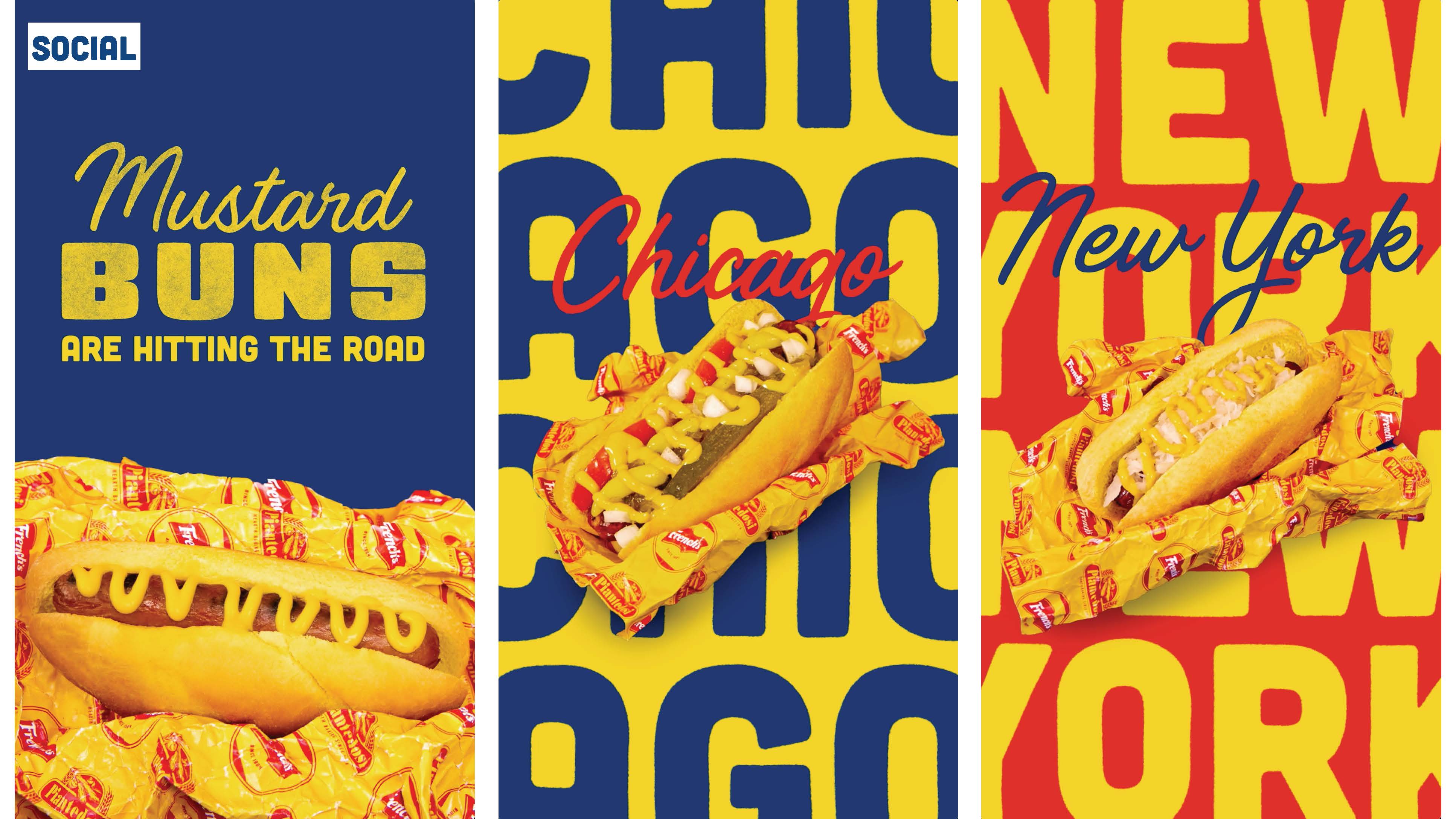 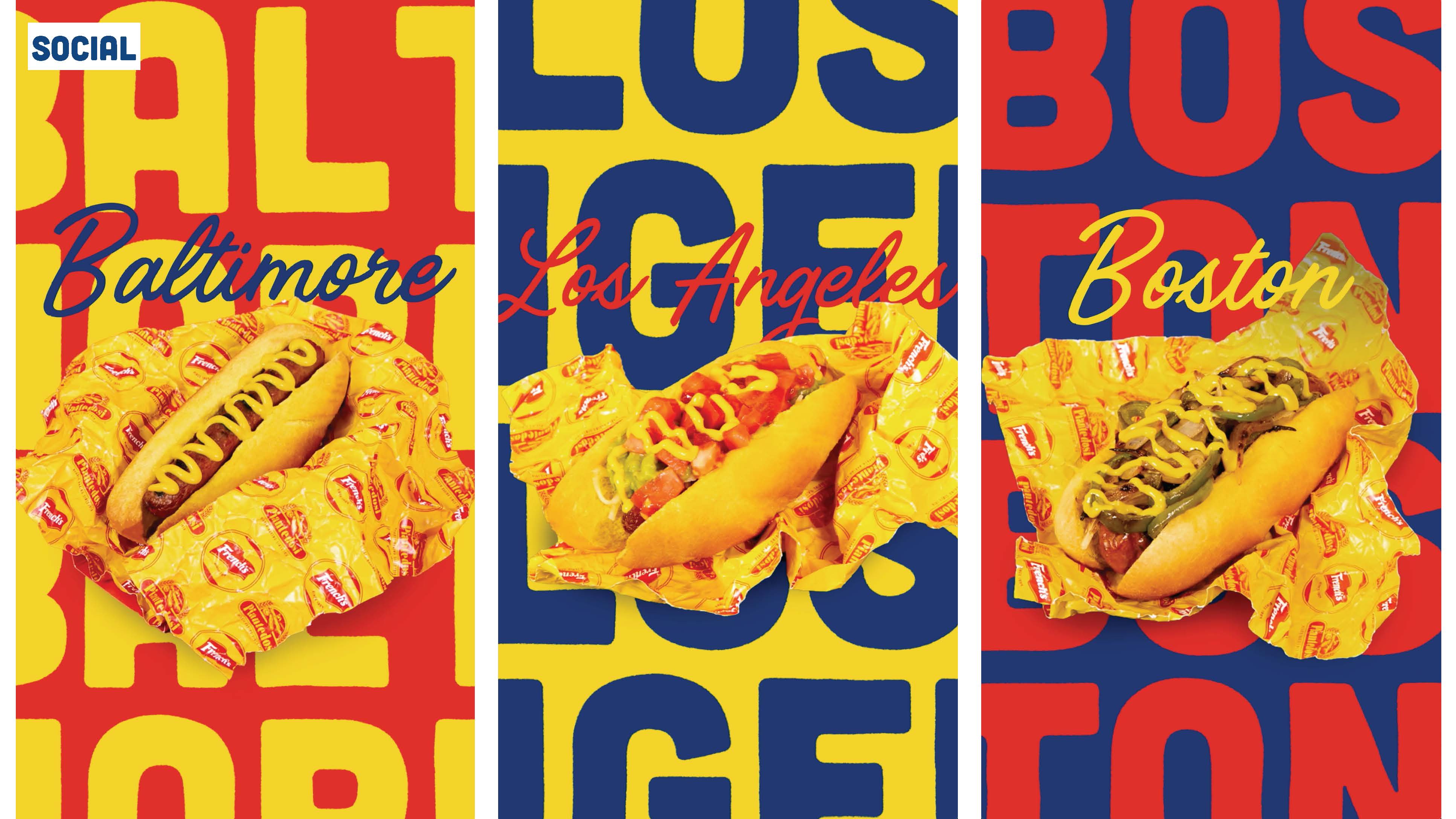 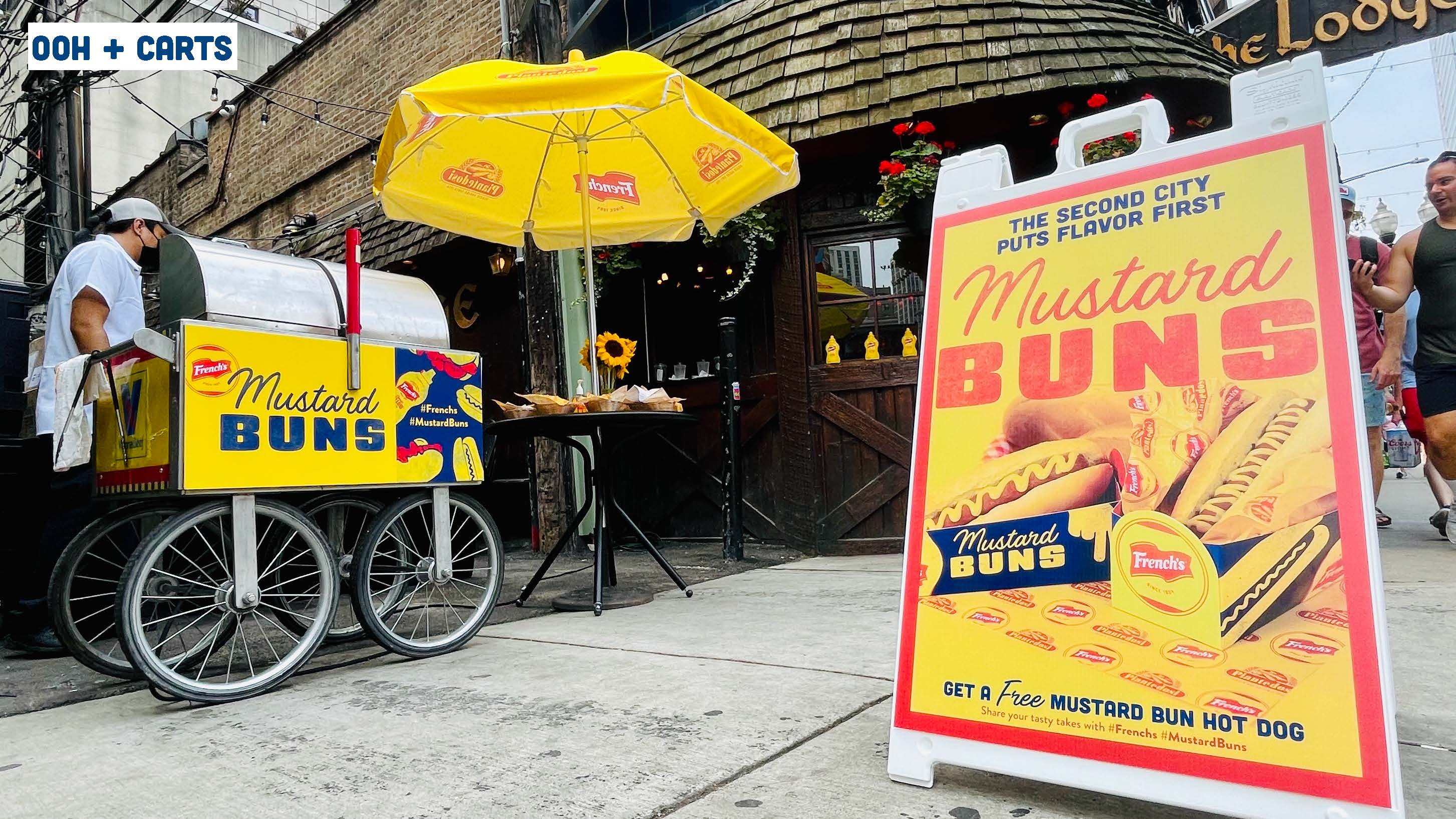 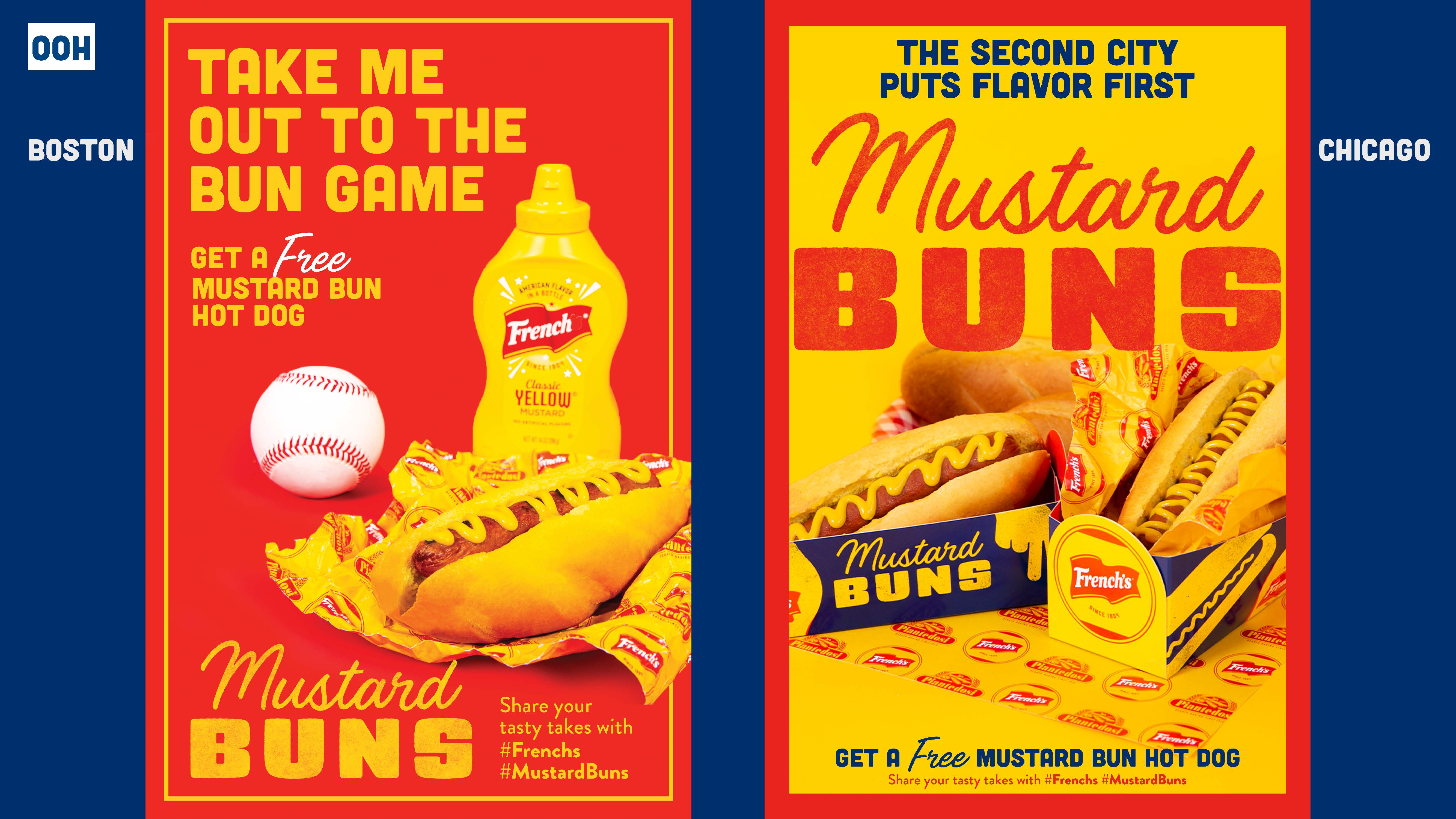 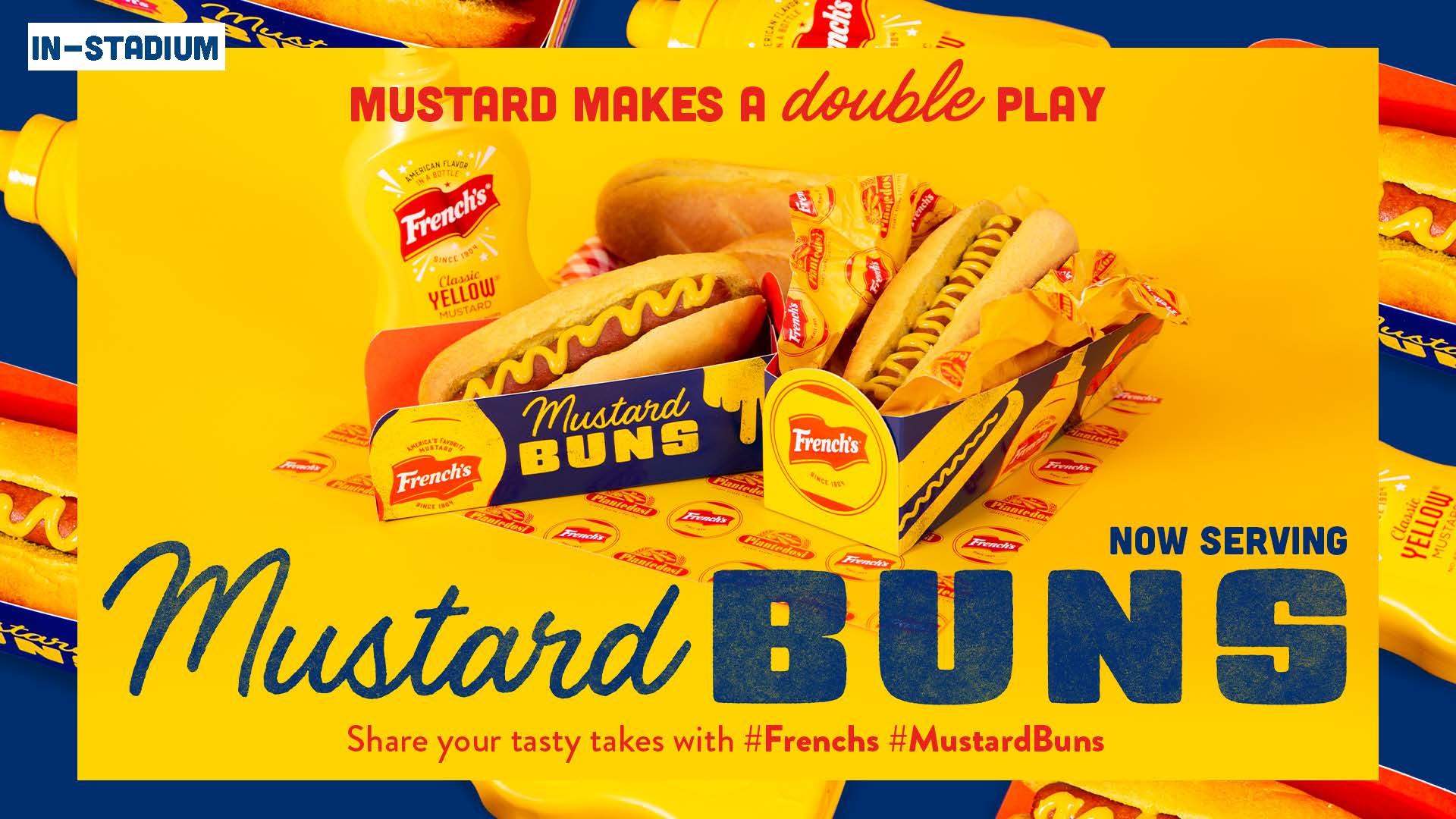 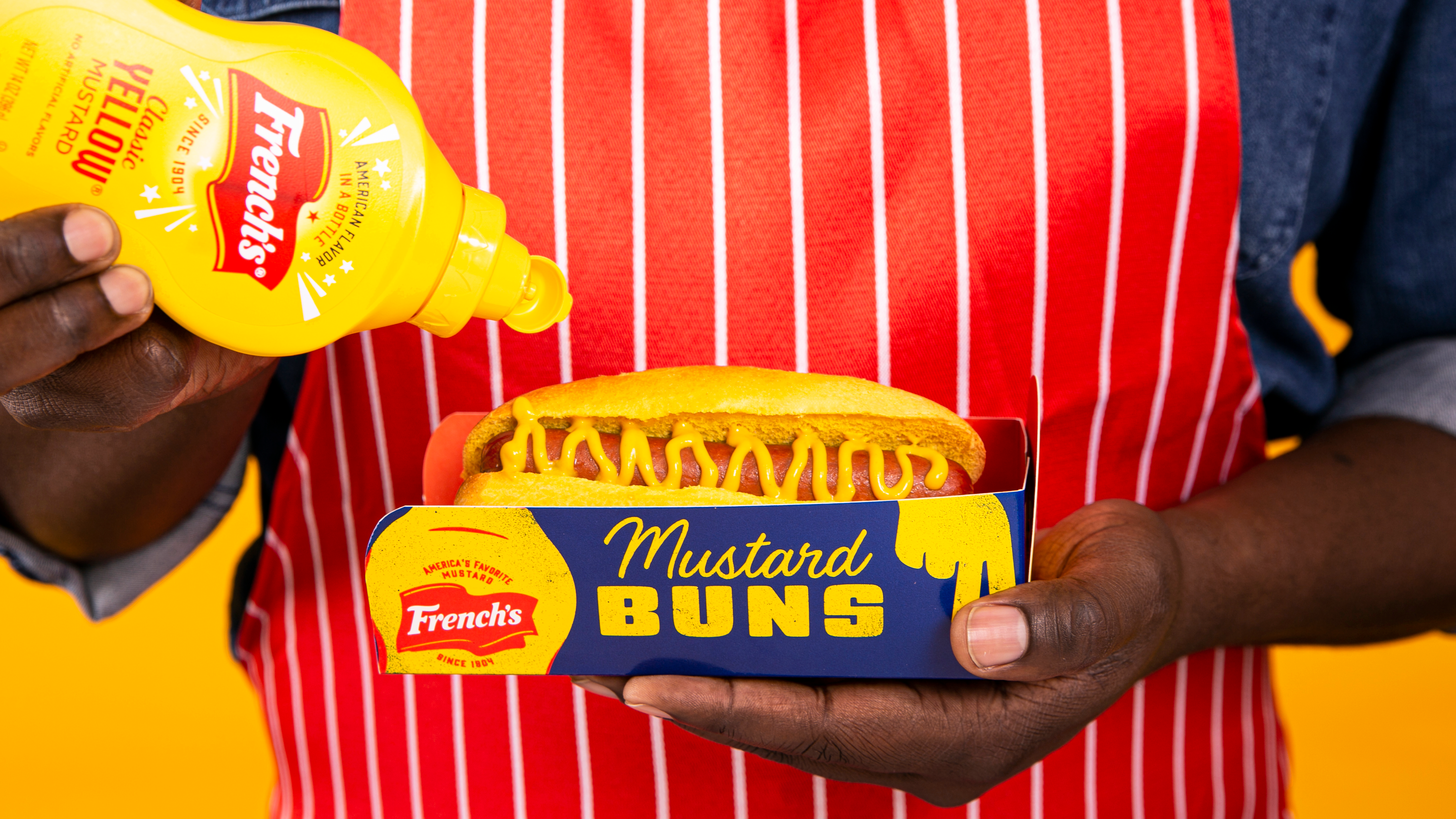