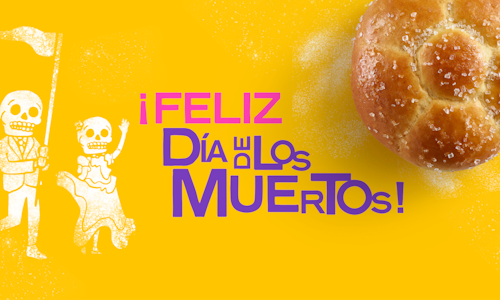 Día de los Muertos is one of the most cherished holidays in Mexican culture, and consequently, a mainstay on the El Pollo Loco promotional marketing calendar.

To help celebrate the holiday, EPL was giving away a limited single-day batch of “pan de muerto” (translated as “bread of the dead”) to customers who purchased a family-sized meal.

Incentivizing customers to buy family-sized meals is strategically important for EPL, as approximately 31% of overall sales come from these menu items. Given their higher price point, even a small increase in the number of purchases of family-meals has an outsized impact on total revenue.

The promotional giveaway, pan de muerto, is a staple of the Dia de los Muertos holiday and traditionally enjoyed as part of the ritualistic acts of remembrance for family and friends, loved and lost. With recipes passed down through generations, pan de muerto needs no introduction for the ~50% of El Pollo Loco customers with Mexican-heritage.

But for the rest of EPL’s customers who weren’t familiar with the traditions of Dia de Los Muertos, it didn’t seem like we were giving away a speciality-item worth lining up for…

…it just sounded like we were just giving away free bread.

We knew that if we were going to reach EPL’s objectives of selling more family-meals using pan de muerto as a promotional giveaway, we had to turn the holiday that many of our audience wasn’t familiar with into one they couldn't wait to celebrate.

Día de los Muertos is one of the most sacred holidays in Mexican culture and co-opting it for promotional purposes risked stigmatizing the brand. But for El Pollo Loco, whose roots can be traced back to the Sinaloa region in Mexico, the holiday wasn’t just about selling chicken, it was about celebrating the culture that has shaped the brand.

In order to make Dia de los Muertos a day our audience would mark on their calendars, we realized we had to deliver a crash course on the holiday for all of our customers who weren't already familiar.

Principally focused on Instagram, Facebook, TikTok, and CRM (email), we took a multi-platform approach to storytelling that allowed us to educate and inspire our audience to participate in the holiday.

In the week leading up to Día de los Muertos, we created a series of stories, posts, and emails, highlighting traditions and providing a behind-the-scenes look into how the Mexican community marks the occasion. With interactive elements, mixed-media storytelling, and assets designed to be shared, we balanced the educational with the enjoyable.

Central to the campaign was featuring the tradition of decorating an “ofrenda” (loosely translated as an altar) in remembrance of family and friends who had passed. As part of the decoration, family members place “pan de muerto” (the promotional item EPL was giving away with family meals) on the ofrenda in tribute.

This delicious, sweetened delicacy is considered a tribute that they know their loved ones would enjoy. While one piece of pan de muerto is placed on the ofrenda, many more are devoured by celebrants enjoying the holiday.

Recognizing the importance of authenticity in our messaging, we partnered with the Mexican-creator community to use TikTok to share why the act of decorating an ofrenda was so significant.

Key to this execution was getting out of the creators’ way. Outside of crafting the brief, we weren’t prescriptive on how the creator should execute or what they should incorporate. Rather than making the videos about the promotional giveaway, we invited the creators to share their personal stories about the holiday and the loved ones they were remembering.

The authenticity that came through in the messaging provided more of an impact than any traditional ad could have. These paid-media boosted TikToks “ads” ran on the creators’ individual accounts with only the tangential messaging about the promotion in the body copy.

By effectively taking a back seat with the promotion, the brand threaded the line of cultural appropriation and put the focus and attention on recognizing and celebrating the holiday. At the same time, the subtle nods to the deliciousness of pan de muerto made getting a free one from El Pollo Loco all the more enticing.

For anyone who didn’t know the significance of Día de los Muertos before our campaign, we made sure they realized that the first Monday in November wasn’t just a typical Monday, and pan de muerto, wasn’t just any type of “bread”.

El Pollo Loco showed why Día de los Muertos was a day worth celebrating as the campaign far exceeded expectations in sales and audience engagement across social media.

But more important than the tangible results listed above, was the overwhelmingly positive sentiment we received from the community who appreciated the awareness El Pollo Loco brought to the holiday.

Verbitams from the TikTok comments:

It’s not often a brand gets it right when celebrating a deeply significant cultural holiday with a marketing promotion. For this year 's Día de los Muertos, El Pollo Loco was proud that it did. 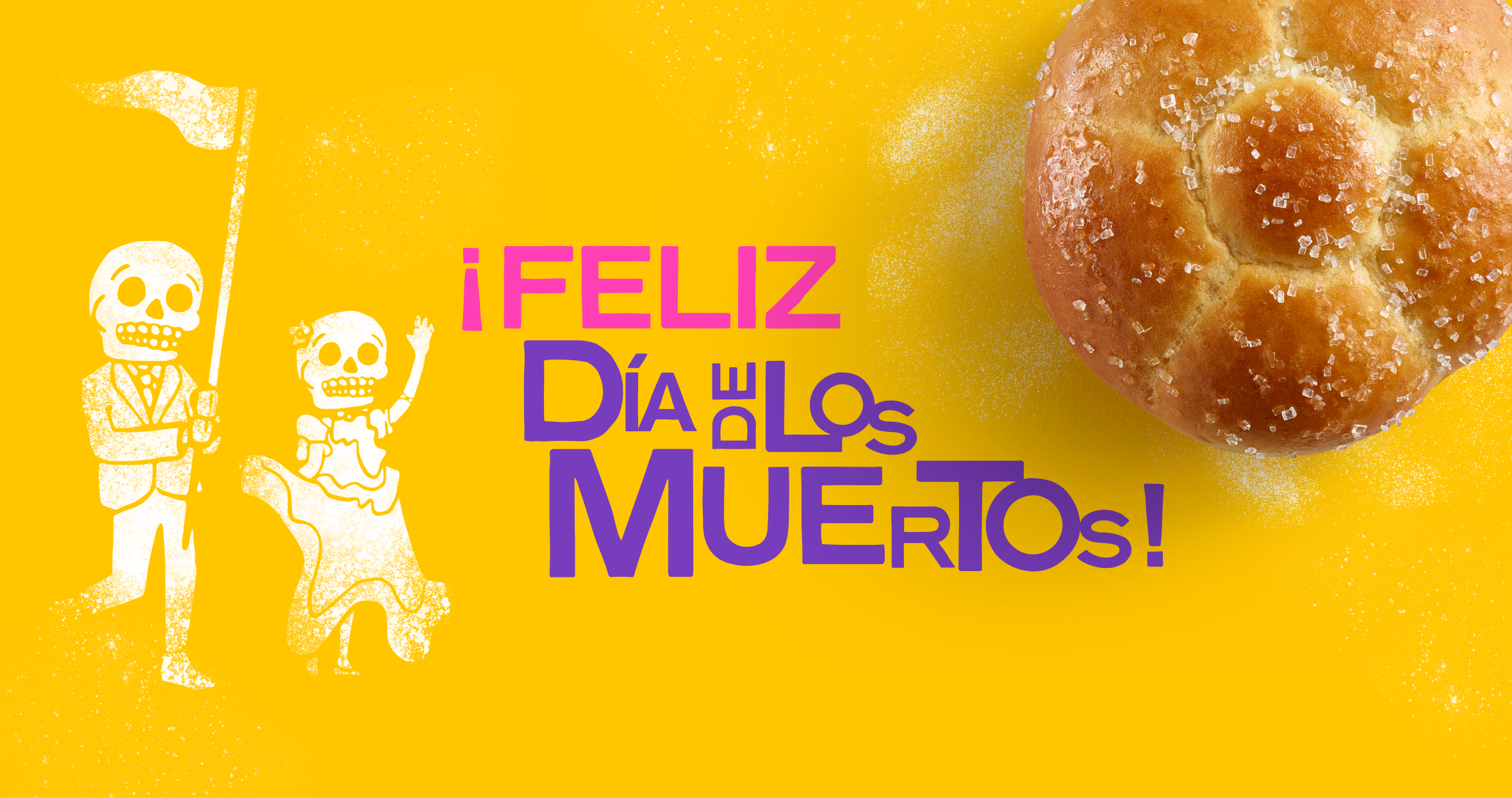 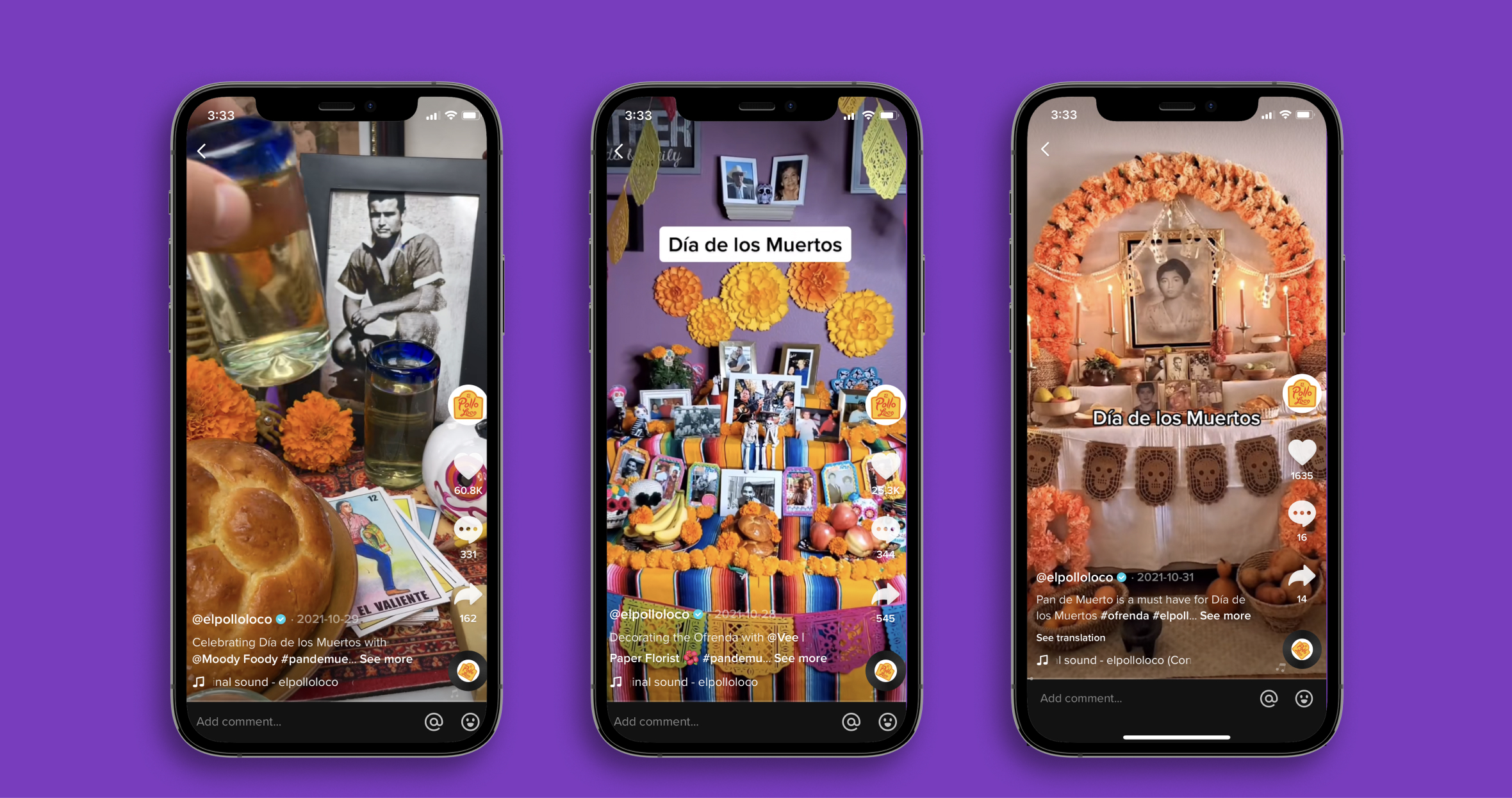 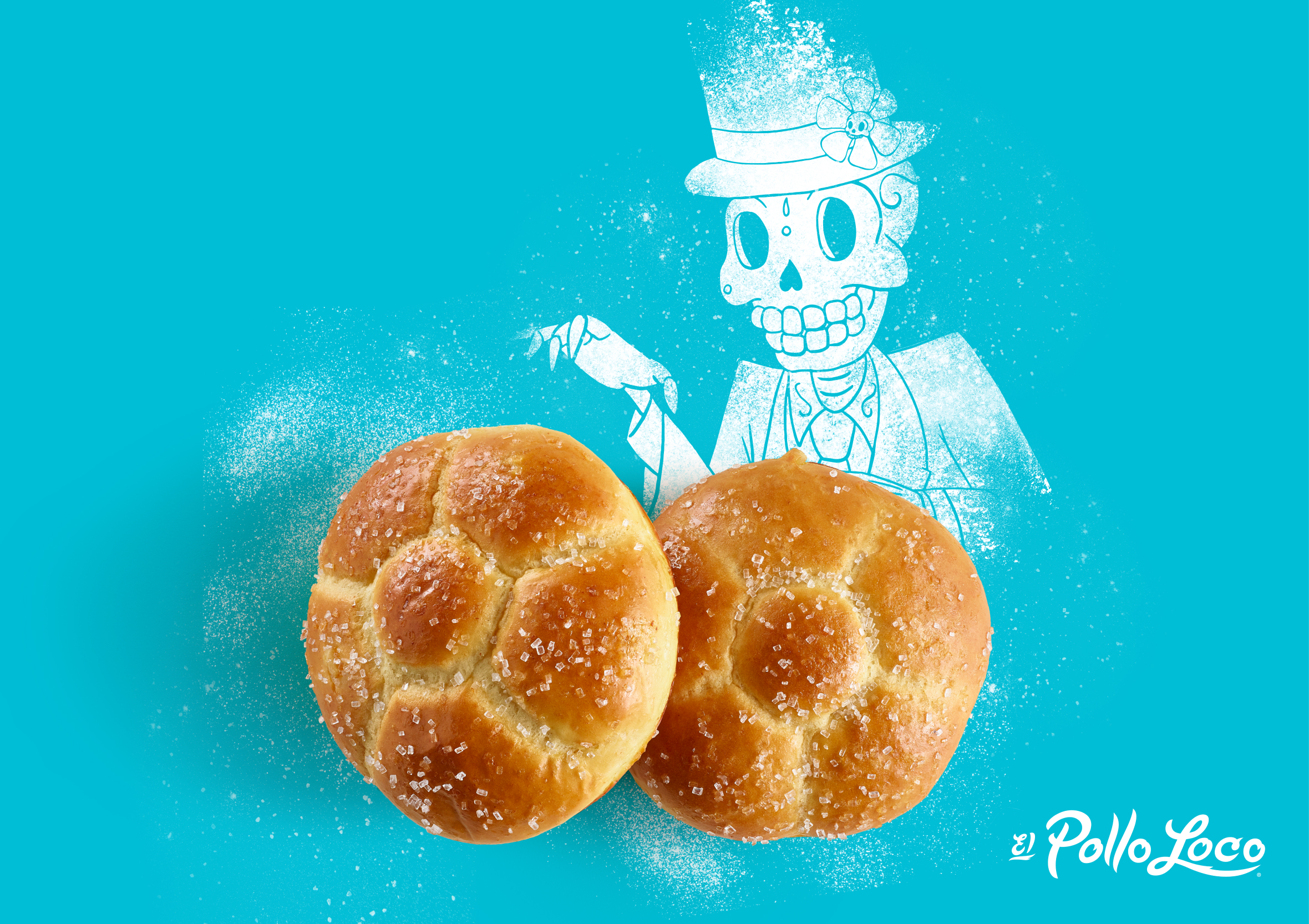 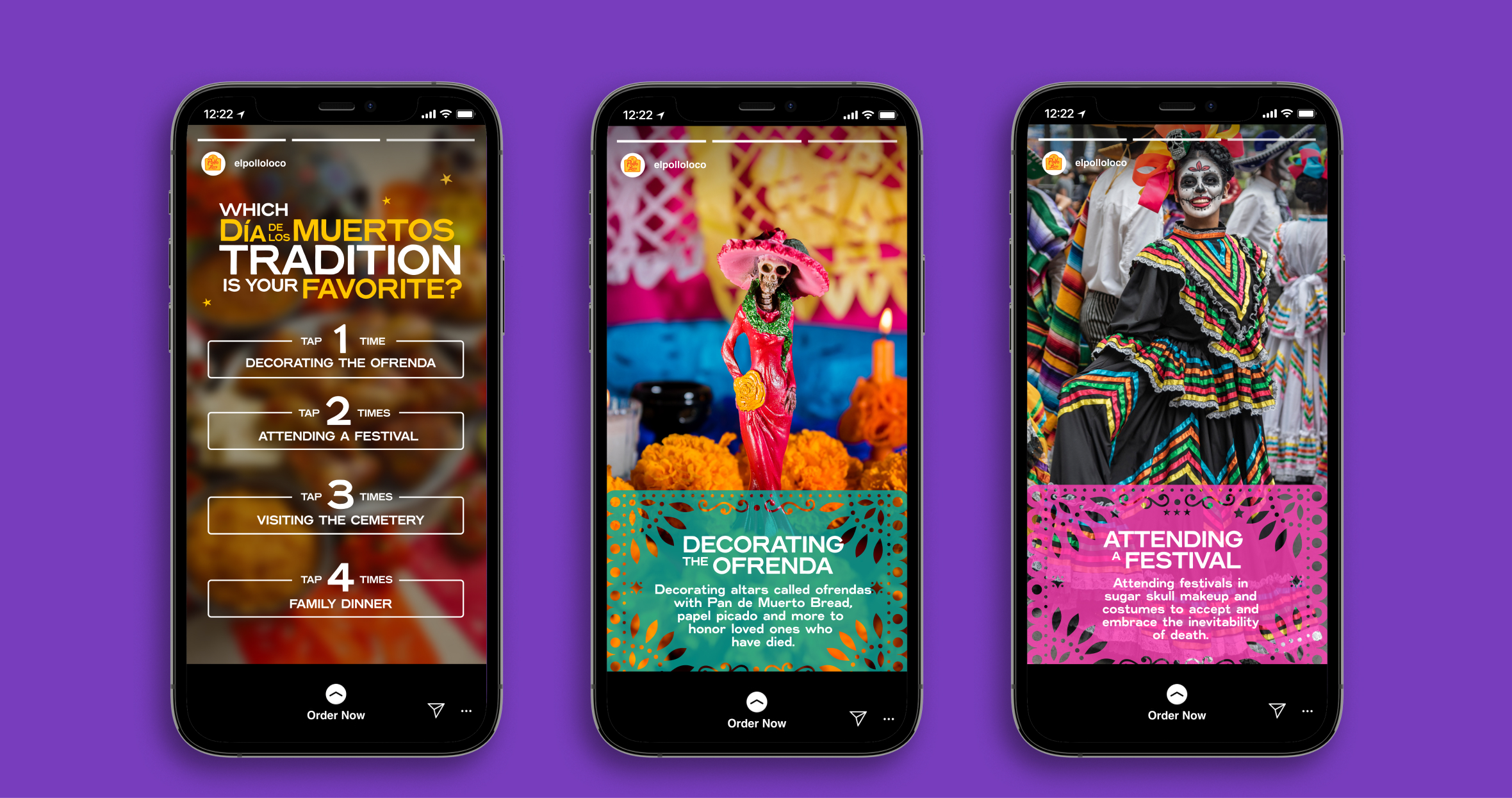 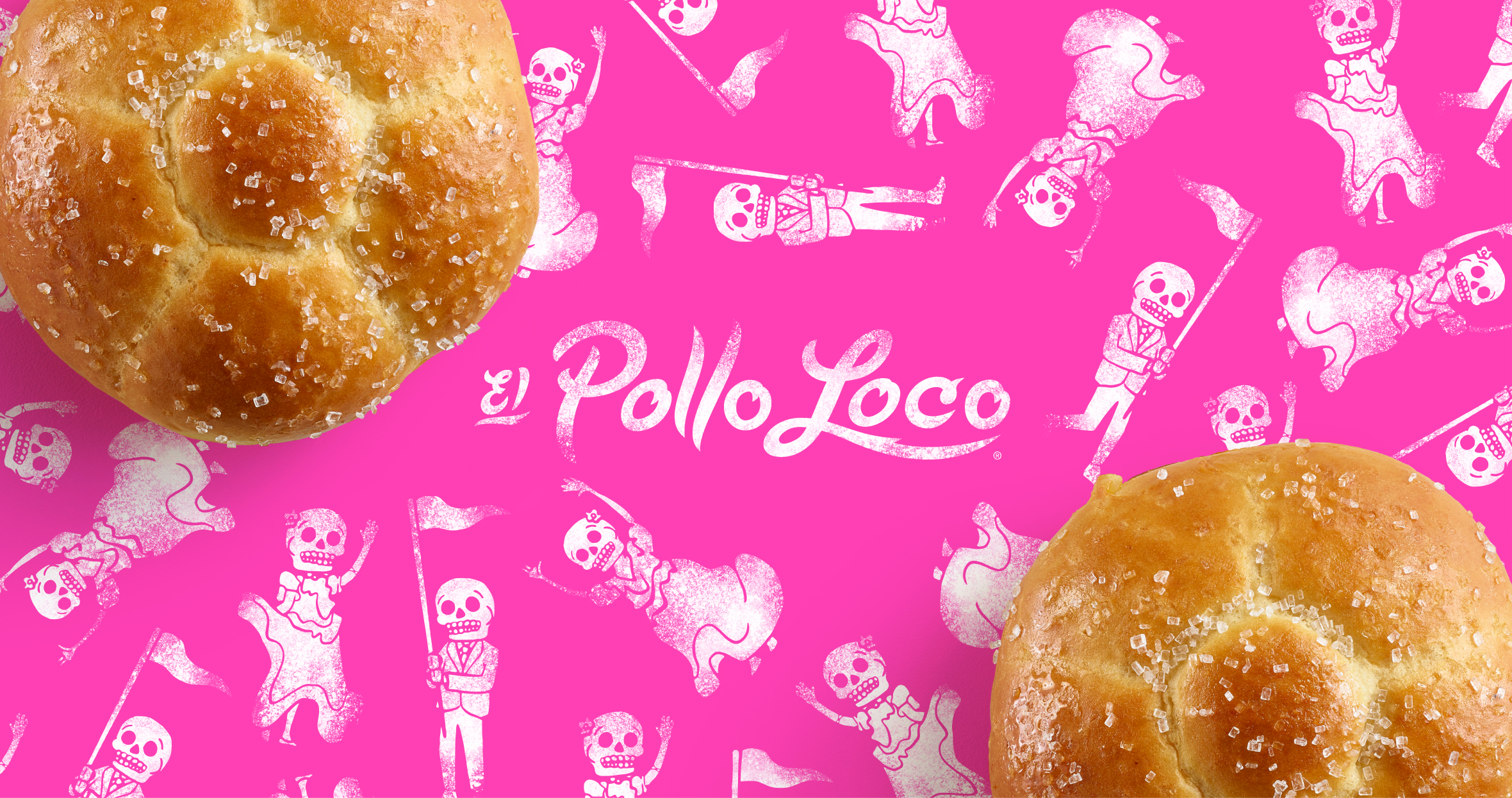