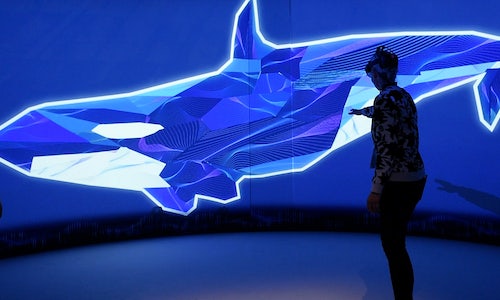 Critical Distance: Connecting Audiences with Nature––And Each Other

For the Southern Resident Orcas of the Salish Sea, sound is essential for communication, hunting, and everyday life––but noise pollution caused by humans threatens the species’ survival. Critical Distance is an immersive augmented reality experience developed by Microsoft and Vision3. First featured at the Tribeca Film Festival, and now on exhibit at the Smithsonian National Museum of Natural History, it brings visitors into the underwater world of a close-knit family of 24 orcas called the J Pod. Using Microsoft’s HoloLens 2, visitors see the world through the eyes of a young orca named Kiki, experiencing first-hand the impact of noise pollution on the orcas’ lives.

Critical Distance is built to engage audiences toward long-term protection of marine wildlife by forging empathy and understanding with J Pod. The physical experience ends with an educational exploration, highlighting scientific efforts focused on orca preservation, and providing visitors with information on how to act.

The challenge: extend the sense of urgency to audiences beyond the exhibit through digital channels.

The campaign was an opportunity to showcase how technology has a place in efforts to protect our planet, and to bring new users into the Microsoft ecosystem. Our objective was to bring the story and passion of the creators to viewers at home, and create a sense of connection between all of us and nature.

We needed to elevate Microsoft’s mission of empowering others, and drive awareness of the company's commitment to sustainability. We set out to accomplish this by immersing viewers in the world and story of the Southern Resident Orcas to raise awareness with urgency and hope. The campaign was a collaboration between multiple teams and partners to develop deep audience insights, a channel analysis, and a creative theme to bring the exhibit to life on digital channels. We began our creative work by producing a stand-alone video to promote the message and aspirations of the three creators of Critical Distance, who hail from Canada and London, interviewing and recording them remotely. We also captured B-roll footage from the Tribeca Film Festival in New York City, including proprietary recordings from the HoloLens 2 device itself to help viewers get a first-hand glimpse of the augmented reality experience.

To engage our target audience of socially-conscious young adults more deeply, we chose to invest our focus on two key platforms over the 5 weeks of the campaign. TikTok is increasingly providing a social platform that promotes collectivism, discourse, and action, and its algorithmic content recommendations create groups of like-minded users––presenting a major opportunity to educate and drive engagement with the right audience. Instagram had been a critical platform for Microsoft In Culture to date, and we recognized the benefit in continuing our investment there. We chose to serialize content through the campaign to increase touchpoints with our target audience, and take advantage of the educational and informational styles of the two platforms.

Focusing on optimizing for TikTok and Instagram resulted the production of one of Microsoft in Culture’s largest digital campaigns to date. Each series focused on a different topic and was tailored to specific audience segments: introducing audiences to the Southern Resident orcas of the Salish Sea; sharing how tech like HoloLens 2 can create a connection between each of us and nature; and bringing the story of the exhibit and cross-team collaboration to life.

We also created video ad units for Microsoft’s out-of-home channels, along with Facebook carousels, Twitter ads, Giphy stickers featuring Kiki, and video pieces and accompanying artwork created specifically for the Microsoft in Culture landing page. Lastly, we produced several video assets and accompanying artwork for use at the Smithsonian for the September opening of the Critical Distance exhibit.

Our primary KPI for measuring engagement with this new audience was video views––TikTok alone drove over 20 million video views, and we saw a 51% completion rate on Instagram Stories. The campaign also outperformed additional benchmarks set by previous Microsoft In Culture campaigns, including clickthrough rate, and cost per click.

By focusing on Microsoft’s opportunity to connect with conscious consumers, we were able to lean into messaging that highlights technology as a solution for real-world issues, and drive awareness of the threats facing marine life. That messaging paid off––in 2021, earned media from the Smithsonian exhibit reached over 11.5 million people, and PR from Tribeca Film Festival hit over 130,5000,000 unique views per million (UVPM). Most importantly, we were able to educate our target audiences on the threats facing marine life, how they can act, and created a sense of connection with Kiki and the J Pod in a time where many of us feel disconnected.

Video for Critical Distance: Connecting Audiences with Nature––And Each Other 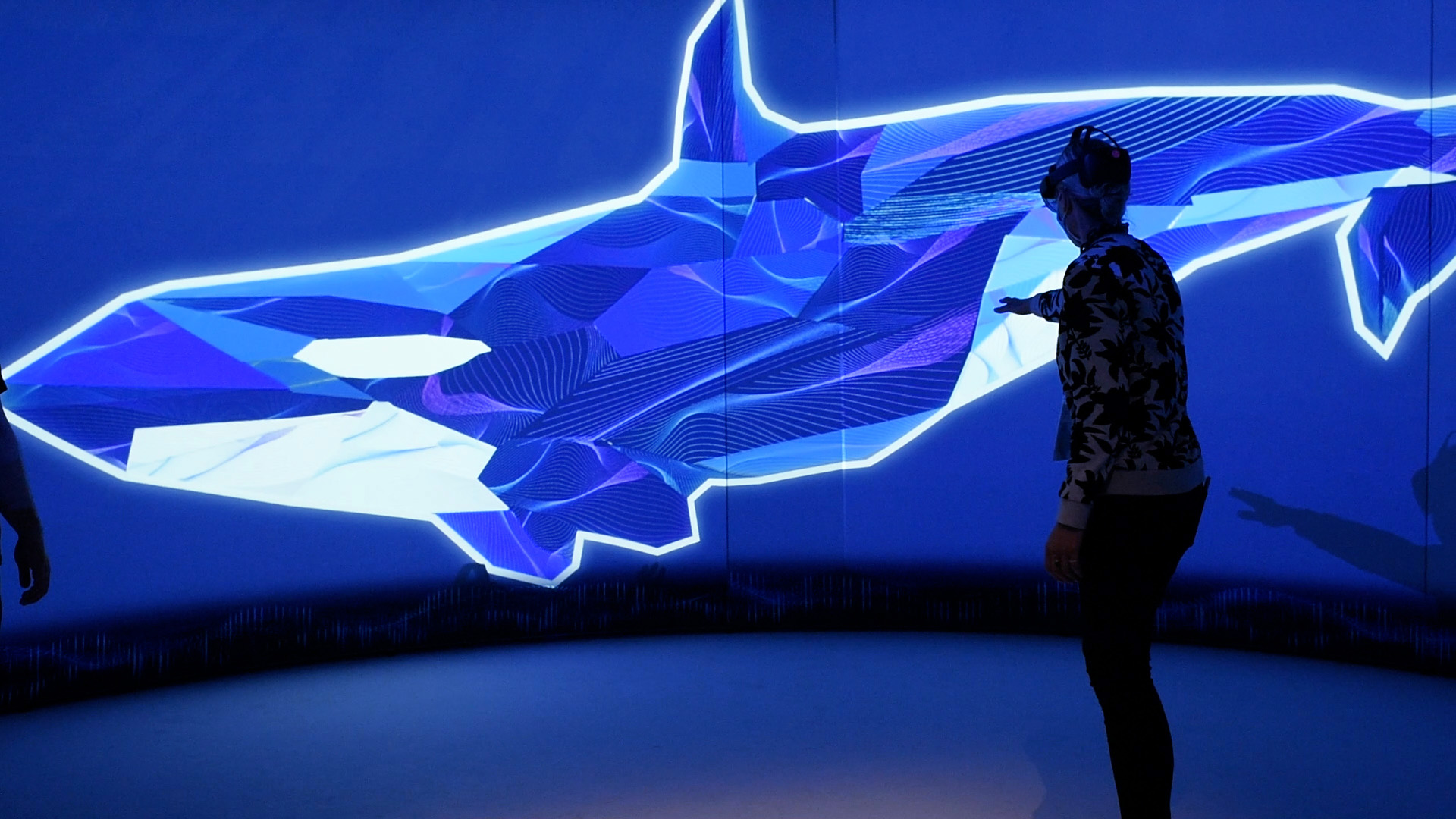 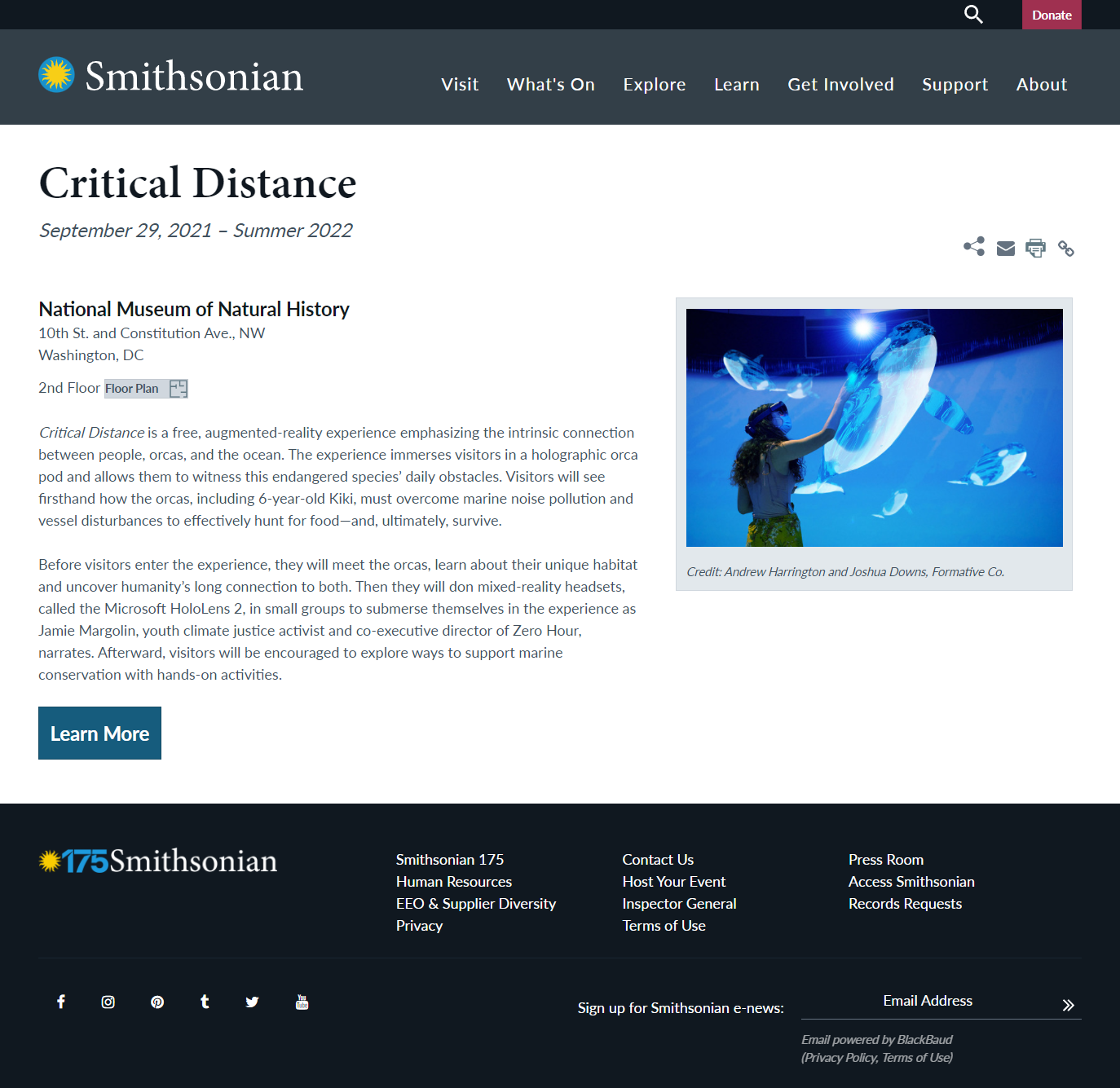 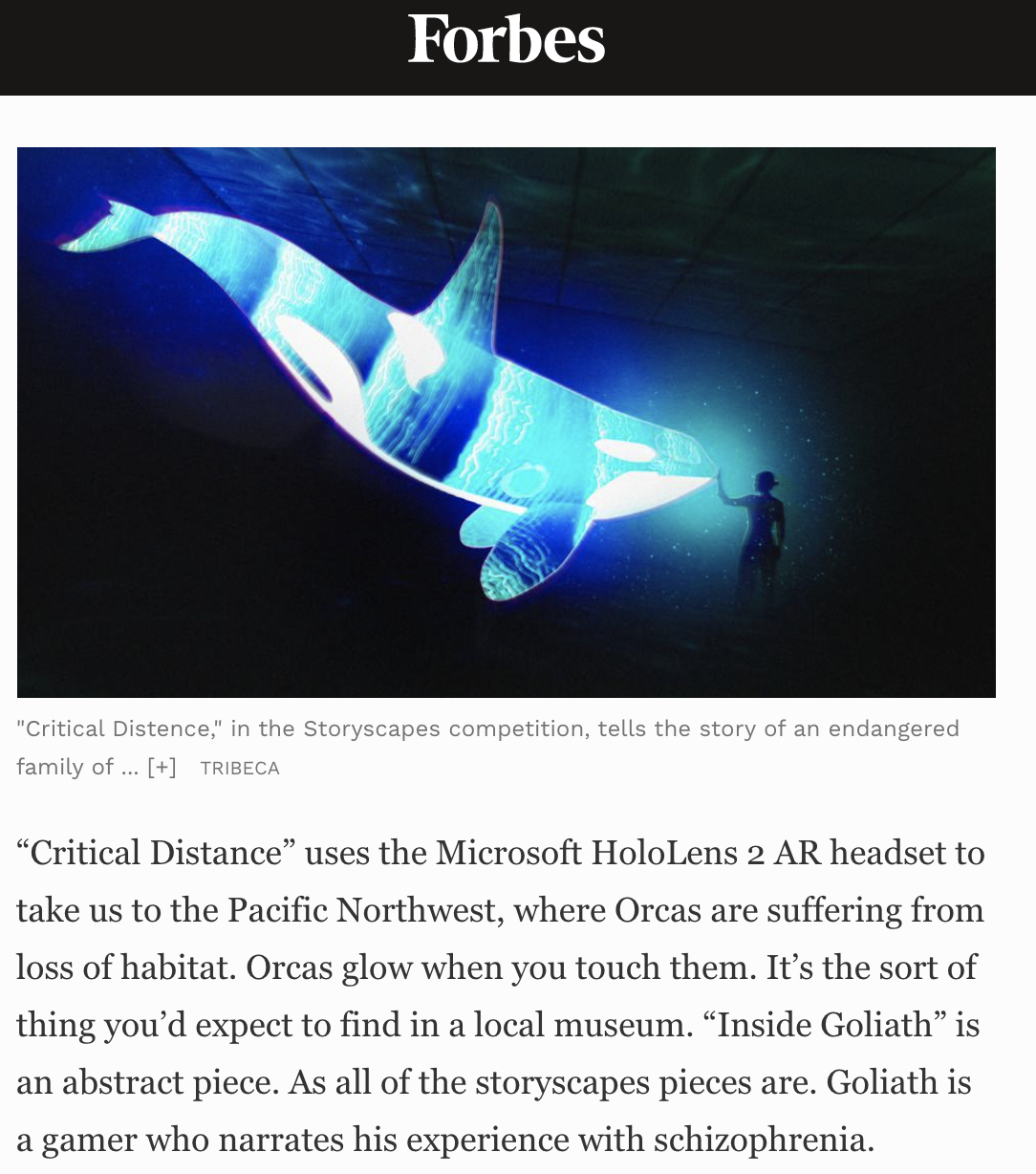 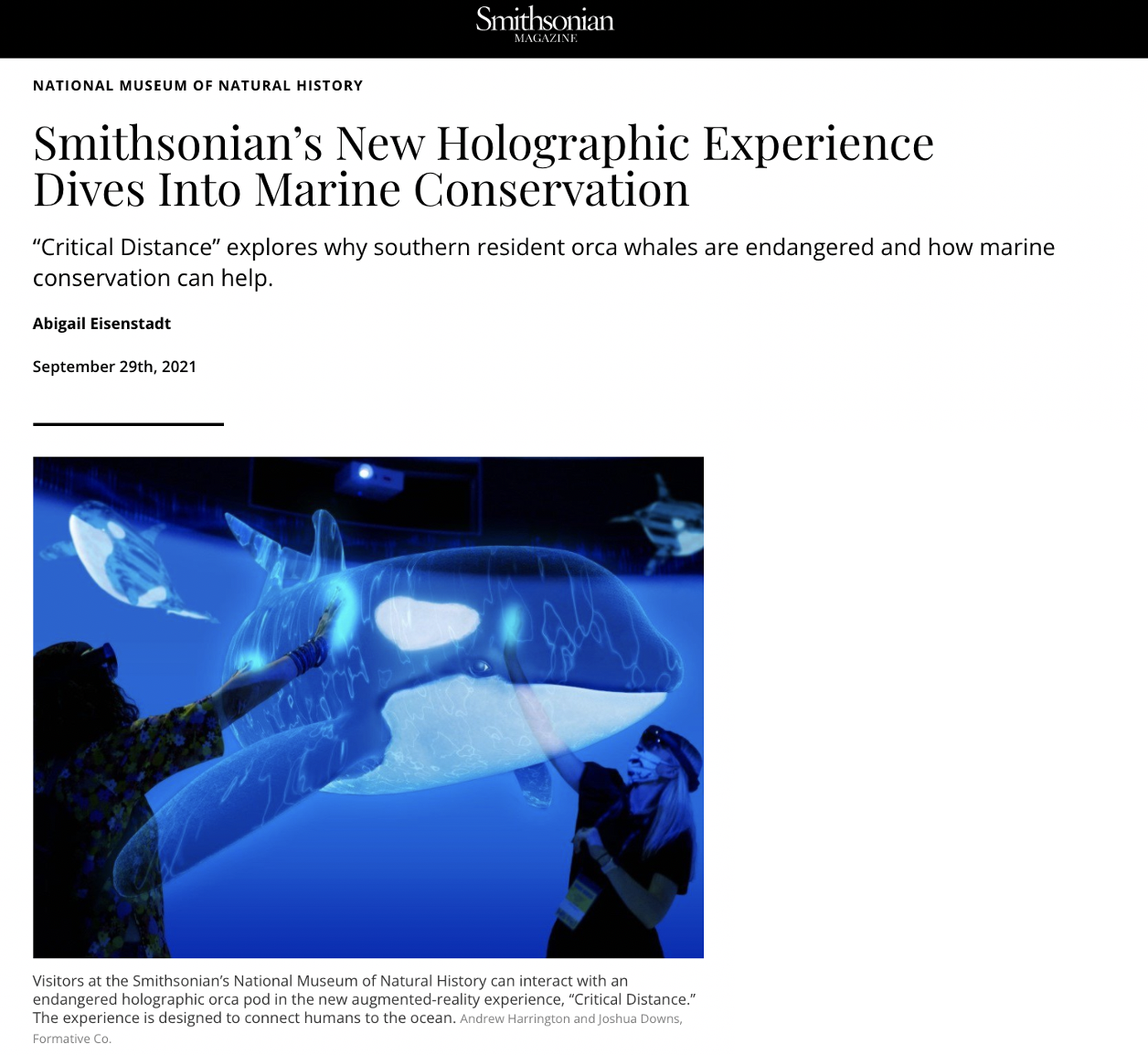 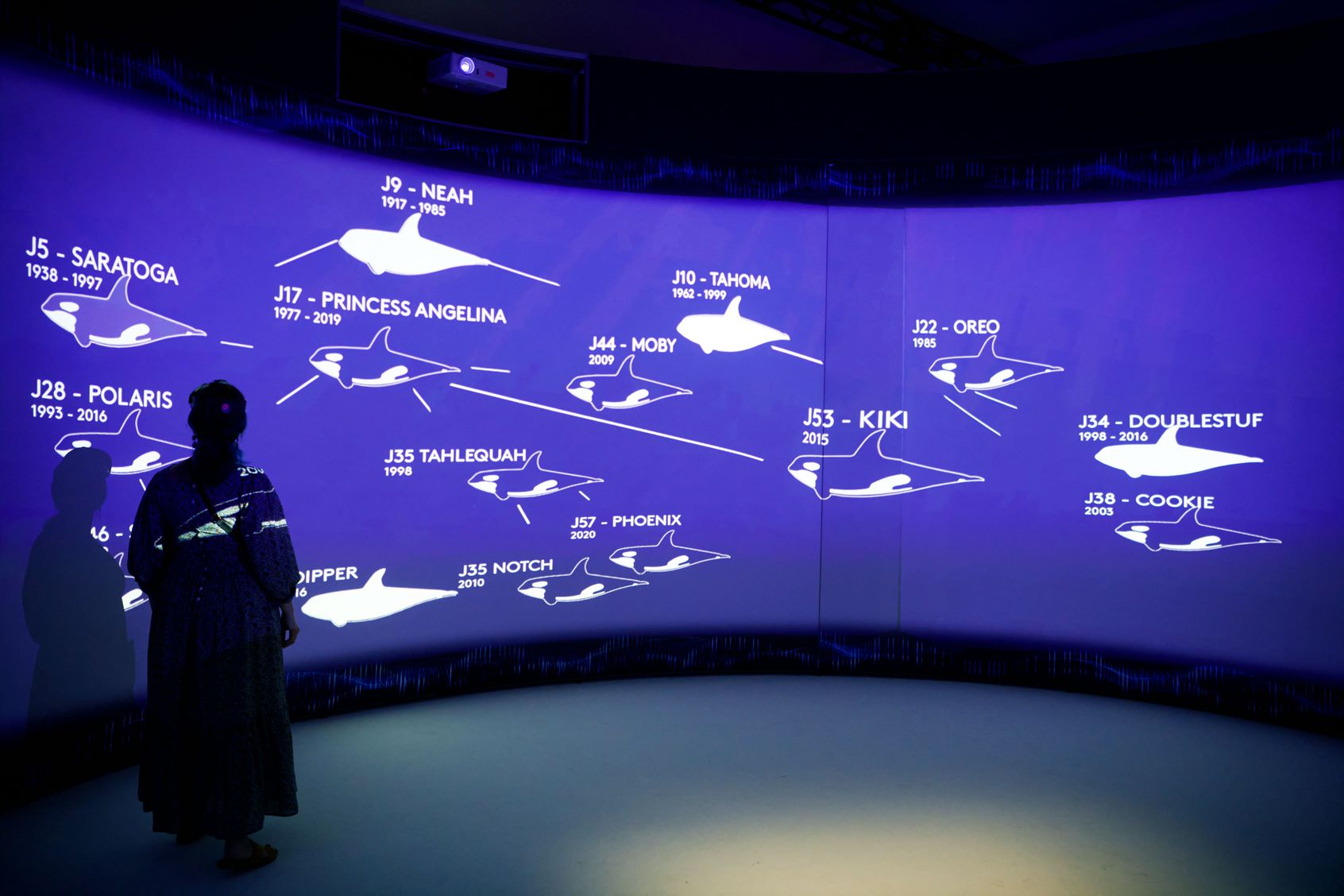 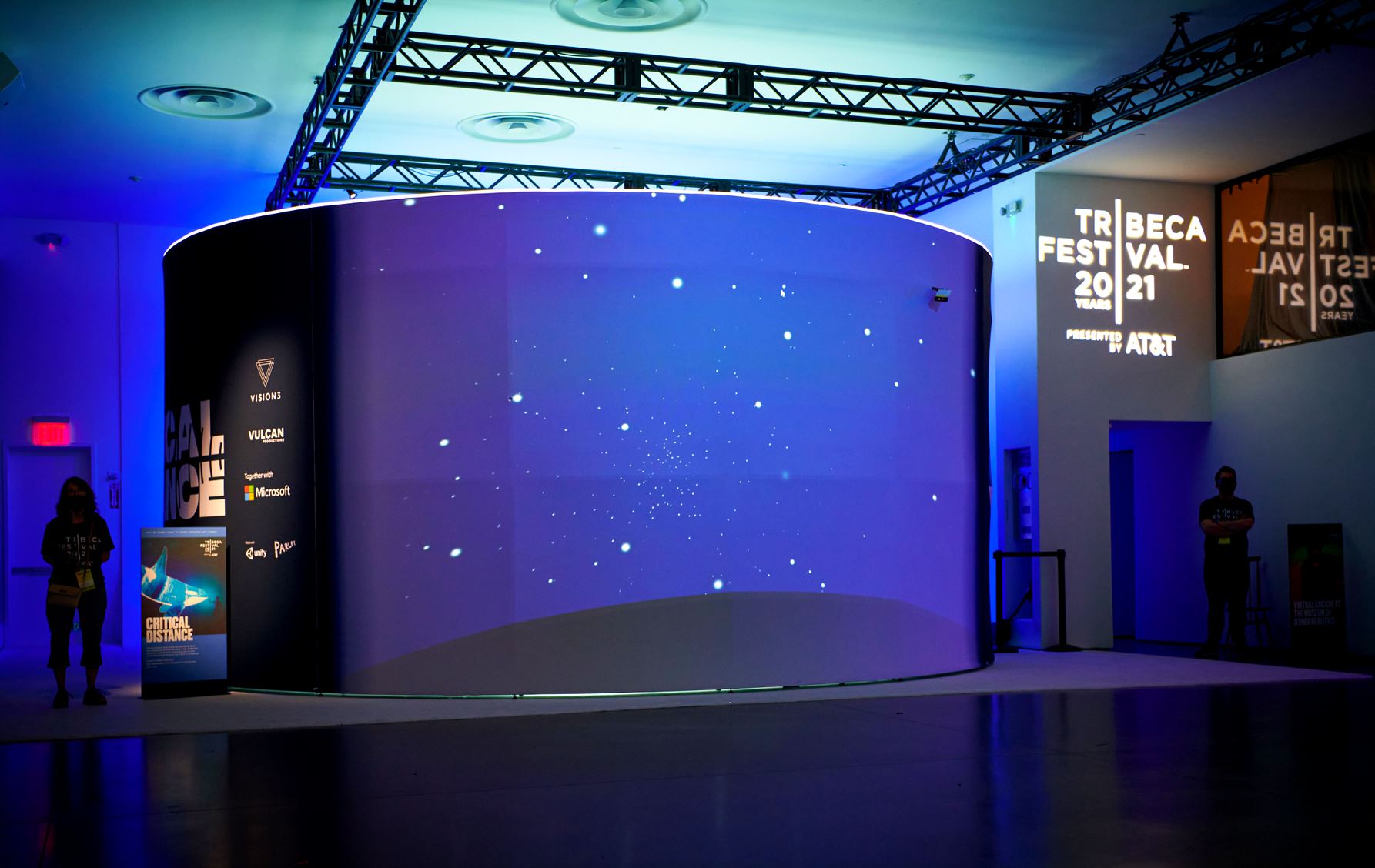