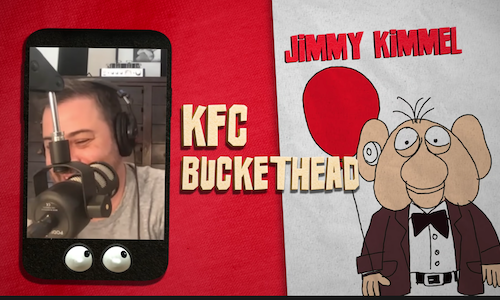 KFC RFP’d Comedy Central with one main objective: to integrate the KFC brand into the Comedy Central-verse in the most buzzworthy way possible. Rather than pushing a specific product, limited time offer, or campaign message, KFC wanted their brand to be authentically woven into one of Comedy Central’s flagship IP’s in order to create a positive brand association with the Comedy Central audience.

Given KFC’s reputation for innovative marketing tactics and their willingness to push creative boundaries, we decided to bring KFC to where no brand has ever been before: Yankerville. Until now, an integration into Crank Yankers had always seemed like a complete pipe dream. Even though it is one of Comedy Central’s most beloved, long-running franchises, the show features real prank calls made by celebrities…reenacted by puppets.

That’s right. KFC had our talent (Jimmy Kimmel) prank call their own employees in the name making great content – something almost every other brand would deem to be way too risky. But KFC, to their credit, recognized the upside in producing groundbreaking creative. And it paid off big time.

In our KFC-centric in-show sketch, Elmer Higgins (the elderly puppet voiced by show co-creator Jimmy Kimmel) called a KFC restaurant to complain about the "hats" they're giving out because they're too tight and he’s stuck in one. Kimmel, a true method actor, wore a cardboard box over his head while recording real prank calls with unsuspecting KFC employees.

Although it took many calls, Jimmy eventually landed on an employee who tolerated “Elmer’s” ridiculous antics, believing that she was on the line with a senile old man with a KFC bucket stuck on his head. The employee’s patience throughout this zany, hilarious call painted the KFC brand in an overwhelmingly positive light.

The KFC Buckethead sketch ran in episode 609 of Crank Yankers on Wednesday, 6/30 and will live on in that episode in perpetuity. After the episode premiered on linear, the sketch was also pushed out on YouTube, Facebook, Instagram, and Twitter by the Comedy Central and Crank Yankers social handles. A :30 cutdown creative also ran as pre-roll across Paramount’s digital O&O and YouTube.

KFC wanted something big and buzzworthy, and that’s exactly what we delivered. The campaign performed extraordinarily well on social, garnering nearly 12M impressions, 2.5M video views (an almost 20% view rate), and over 80k engagements (a 0.7% click engagement rate vs. 0.15%-0.37% benchmark). It also made a splash in the trades, as Ad Age and other outlets covered the story about how KFC pulled off the first-ever Crank Yankers integration.

Even though the numbers were great and we overdelivered across the board, the best sign of success came from reading the comments sections on social media. That’s where it became very clear that we had delivered on our goal of creating a positive brand association for the Comedy Central audience. For instance, some comments read: “This is how customer service should be everywhere”, “That was just excellent. She has epic diplomatic skills!”, and “I was taking notes about how she handled the call”. It was clear that KFC’s creative “risk” had paid off, and the content had painted the brand in an incredibly positive light with the audience – exactly what we set out to do. 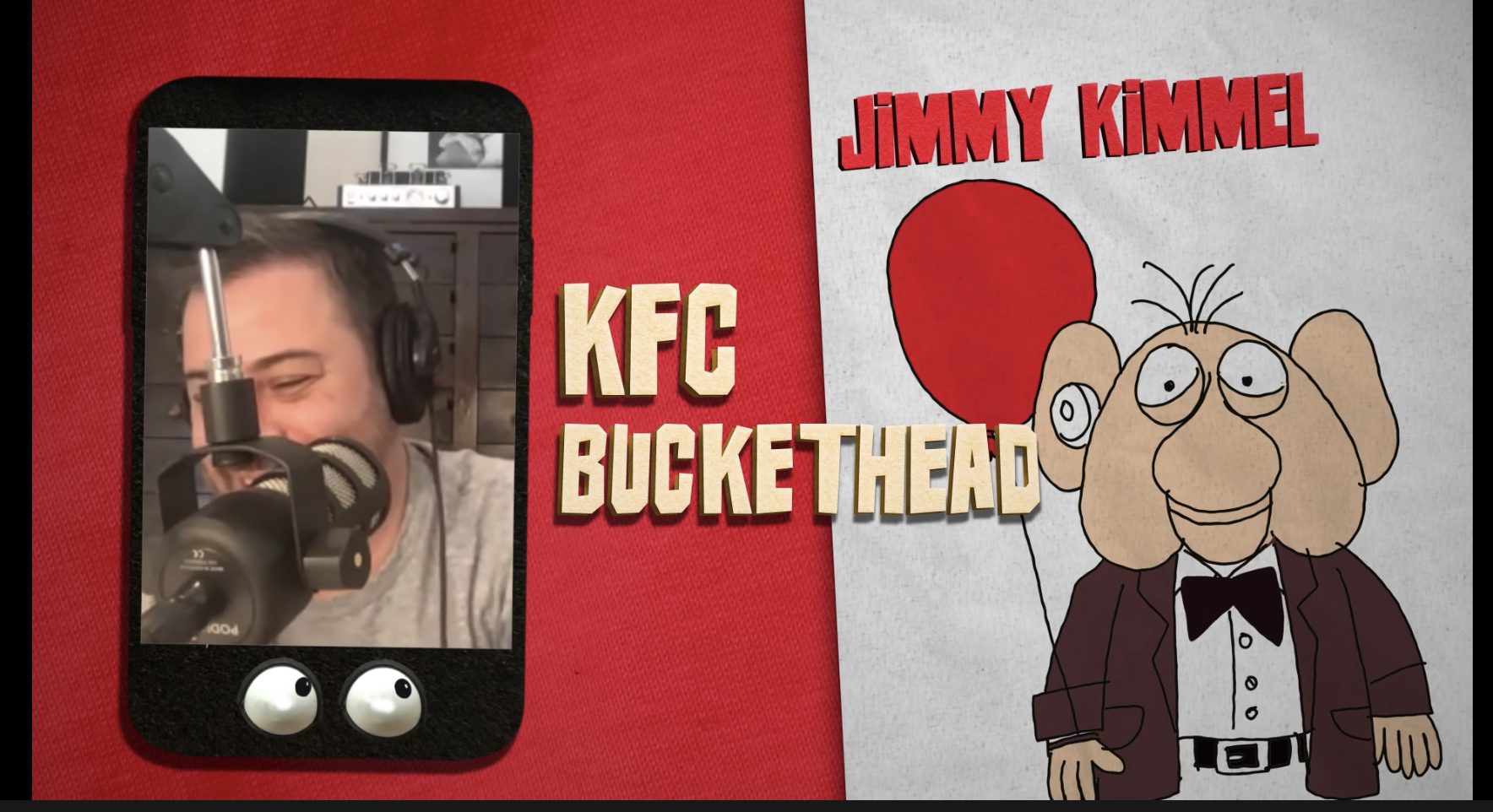 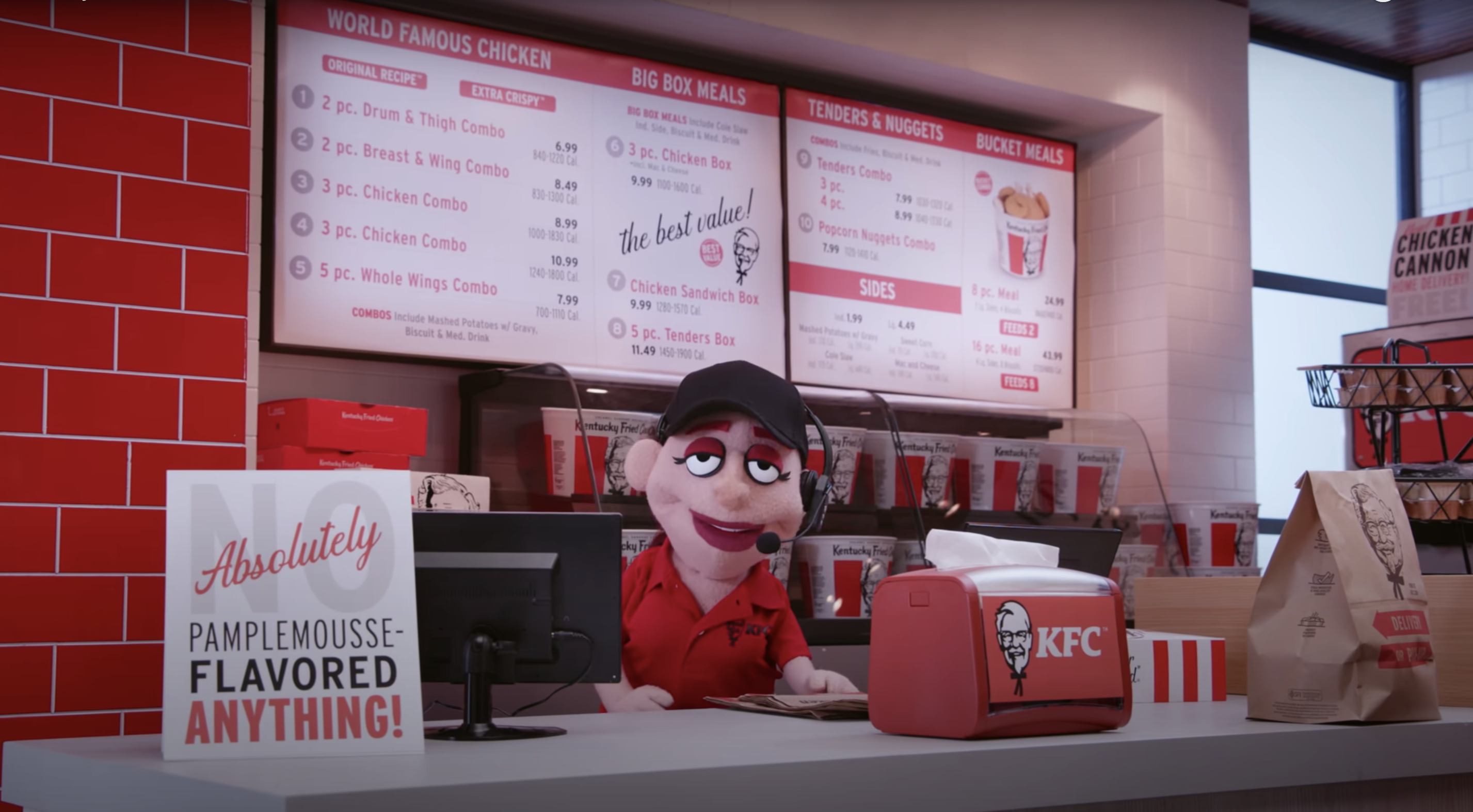 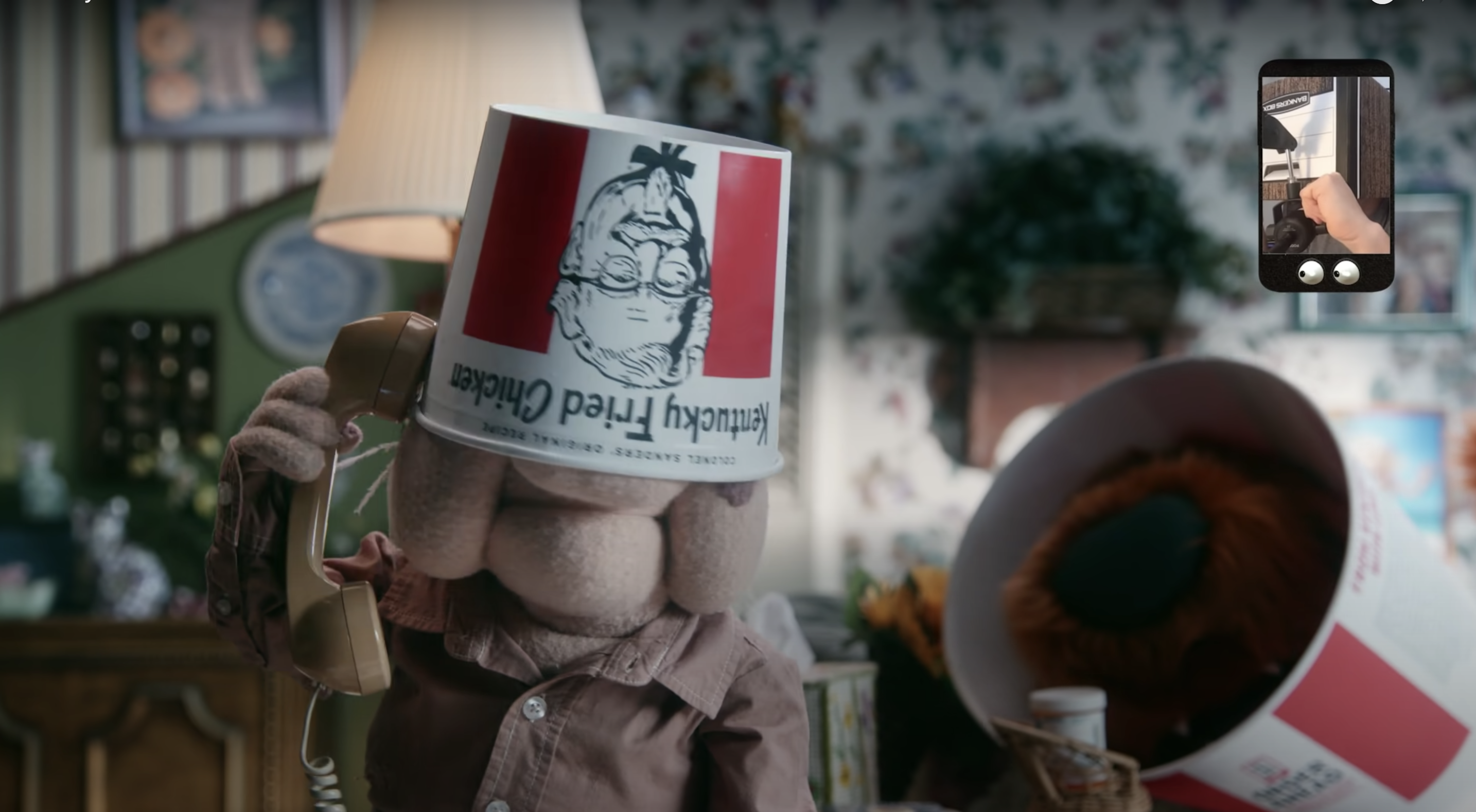 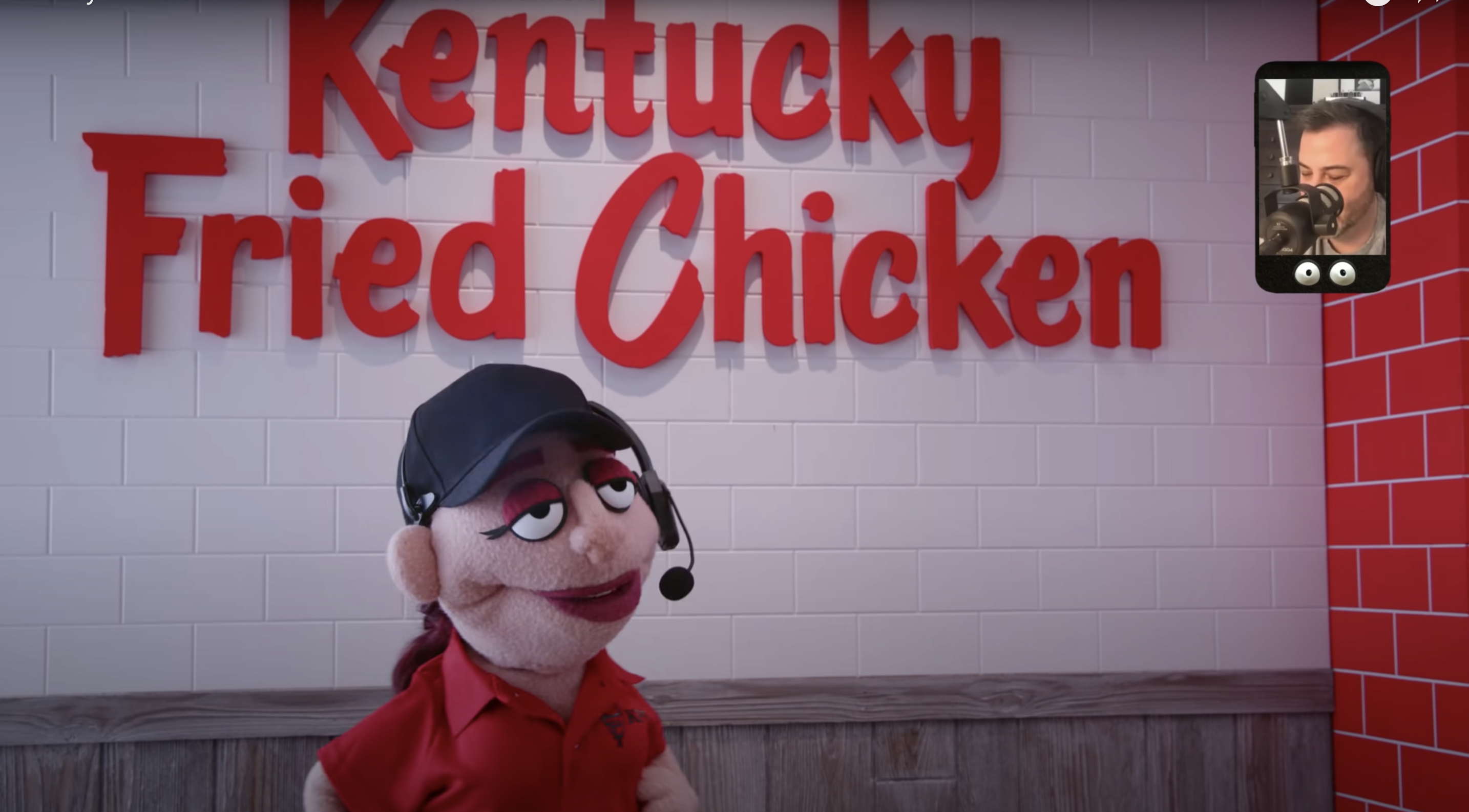 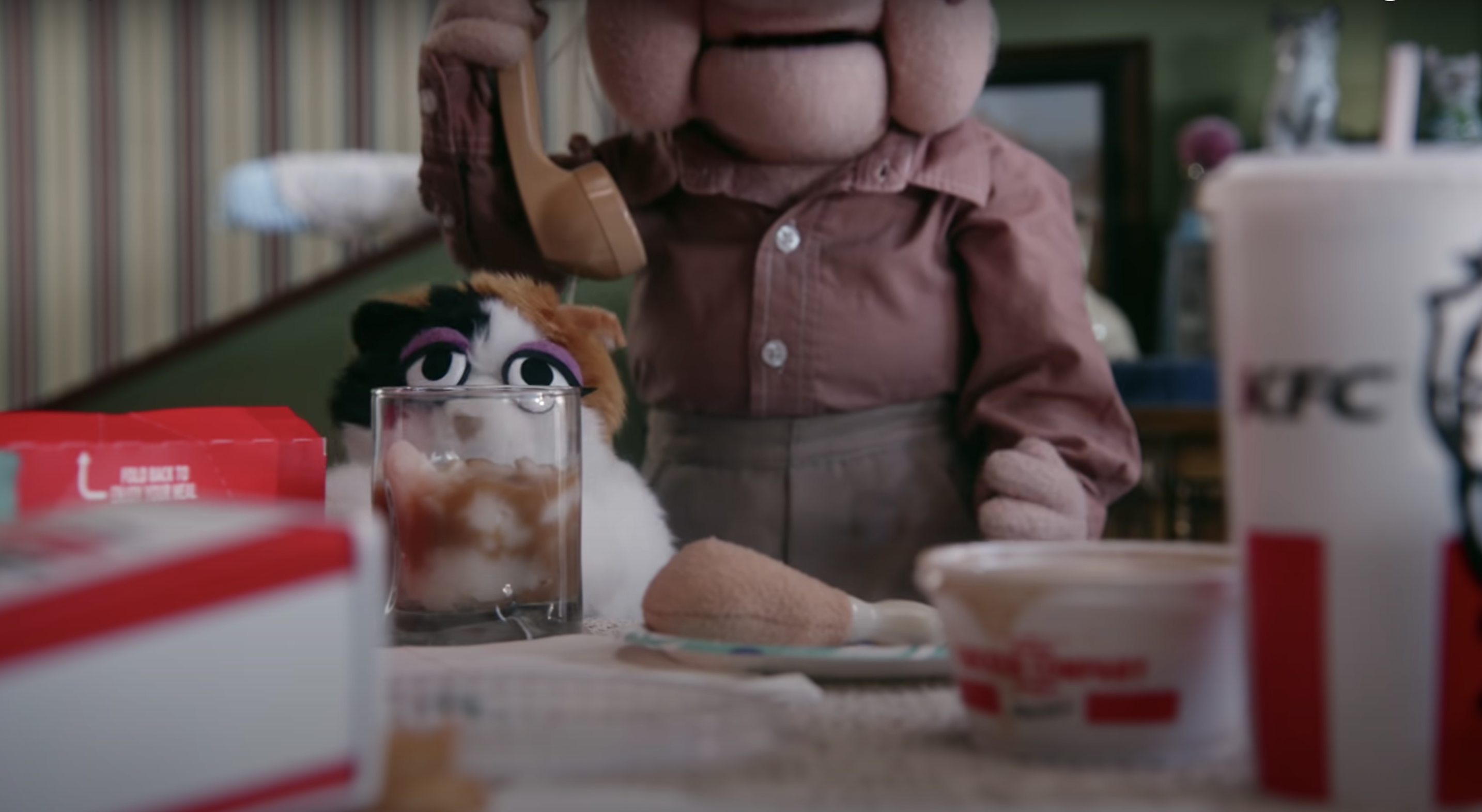