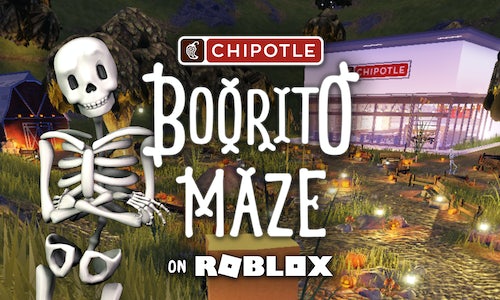 Every Halloween, Chipotle fans look forward to the brand’s annual Boorito promotion, which it’s been running since 2000. The historically IRL event, where customers were invited to come to the restaurant in costume to receive a discount, was beloved among millenials. But over the years, and especially in the wake of COVID, things changed. By 2021, it seemed most of Gen Z didn’t even know what Boorito was. We needed a comeback for a new generation. So we decided to reimagine it.

Enter the metaverse. With traditional social channels feeling, well, too traditional, Chipotle saw Boorito ‘21 as the perfect opportunity to innovate. So, this Halloween, we entered the metaverse with our very own spooky Roblox experience, and invited our biggest fans to join in.

Knowing we’d be the first food brand to pop up in the metaverse, our strategy for our Boorito experience was built on testing and learning. Targeting Gen Z was a top priority, and we knew that 67% of Roblox users are under the age of 16. As a platform, Roblox saw roughly 50M daily active users, making it the perfect place to flex as an early emerger while also creating an experience with a scale robust enough to to expand our fandom. Strategically, we also wanted to establish ourselves on the platform with a simple,  fun experience that was dynamic and could be adapted down the line.

From a timing standpoint, the activation also captured the attention of mainstream press thanks in part to Facebook’s announcement  about changing their name to Meta. The news dropped, and went viral, just two days before we launched our experience in Roblox.

To further connect our first metaverse Boorito to the real-life event, we built out a highly detailed virtual version of our restaurant, perfectly replicated from photos and drawings of one of our newest locations. To bring the Halloween theme home, we also designed a dynamic corn maze filled with fresh virtual ingredients that mirrored the ones Chipotle actually serves. We invited users to visit the restaurant in virtual costumes to receive a code they could redeem for a free burrito in real life. Then they could race through the Boorito Maze to collect additional virtual prizes.

To help fuel the pre-launch excitement, we worked with social influencers who were known for leaking Roblox news to drive buzz and spread the word. We also invited Roblox influencers into the experience early to create bespoke first-person YouTube videos about how the game worked, which were synched to go live on launch day. Then, two days before the experience was playable to the public, we announced Boorito on Roblox to the masses, giving press and fans time to spread the word before the experience went live.

Within three minutes of our experience opening on Roblox, users flooded our virtual restaurant, and Roblox crashed. The back-to-back news spawned a viral rumor that Chipotle’s Boorito experience caused a global outage on the platform.

The news of our Roblox experience reached nearly every corner of the internet. All told, Chipotle’s Boorito was visited over 8 million times by Roblox players and resulted in over 3.5M+ unique plays.

The gaming community is one of the most passionate communities on social. By meeting them where they were, doing our research, adopting their language, and mobilizing the core Roblox community, we were able to reach the gaming masses in a way that felt relevant and approachable.

We put the correct plans and partners in place to navigate a major platform outage together successfully. We were in constant communication with Roblox and our developers throughout Halloween weekend. Then, when Roblox was up and running again, we organized a make-good for fans by reopening our virtual restaurant and giving out more free entree codes.

We reached a whole new demographic, as evidenced by the # of new Rewards sign-ups.

We experimented and became a leader in the Metaverse – and created a high-quality, best-in-class experience that resonated with the Roblox community and highlighted our brand values in the process.

We were able to innovate. By working together with our developers and the Roblox product team, we were able to conceptualize and create a new-to-the-platform feature that integrated unique, redeemable codes into an experience for the first time. This, in turn, heavily contributed to a record-breaking sales day for the brand,

Boorito became the most talked about social moment of the year for Chipotle.  It was the brand’s biggest social and PR moment on 2021, as well as the restaurant’s biggest digital sales day ever, earning 4.6+ billion PR impressions and 50k+ social mentions. 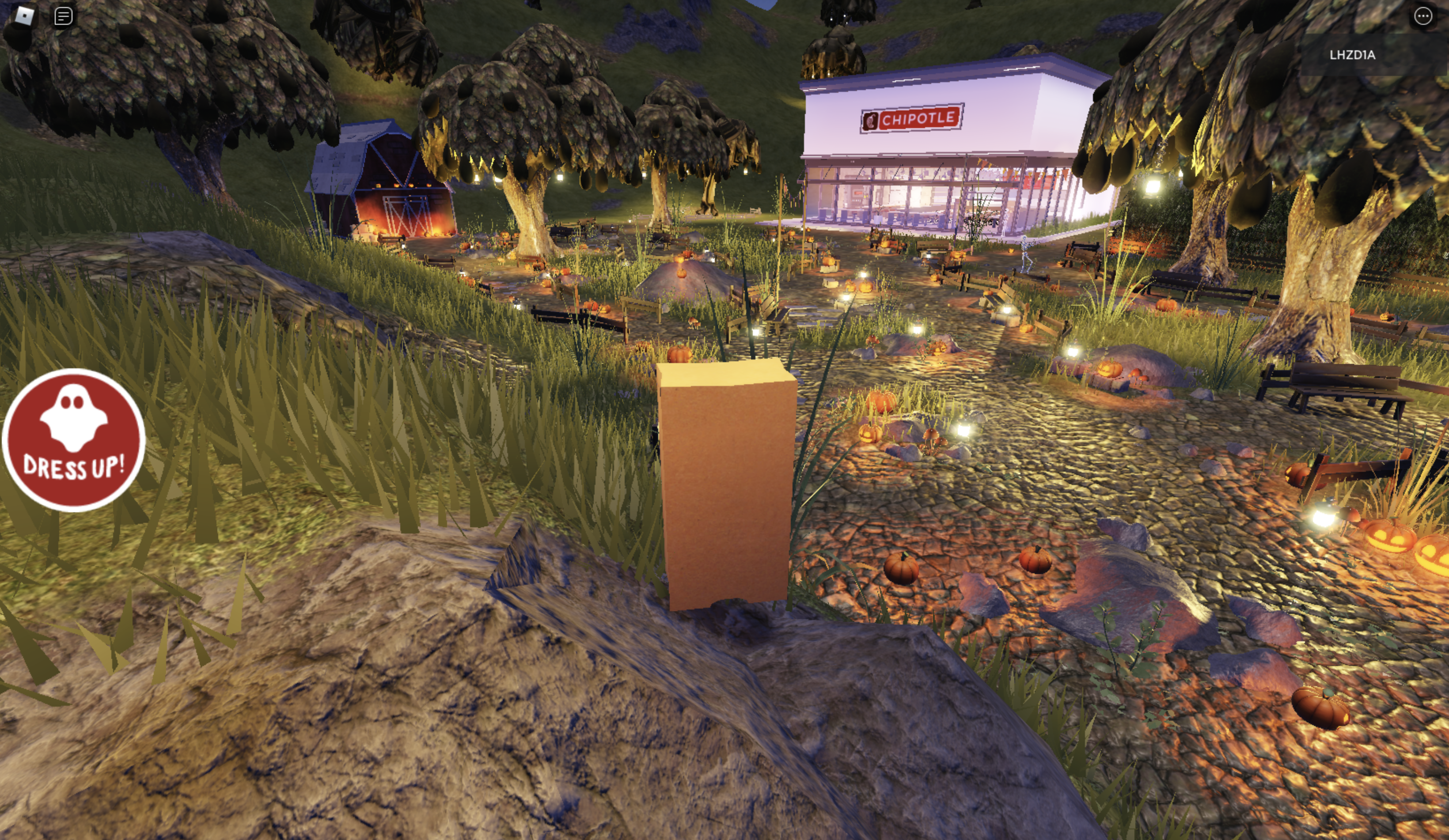 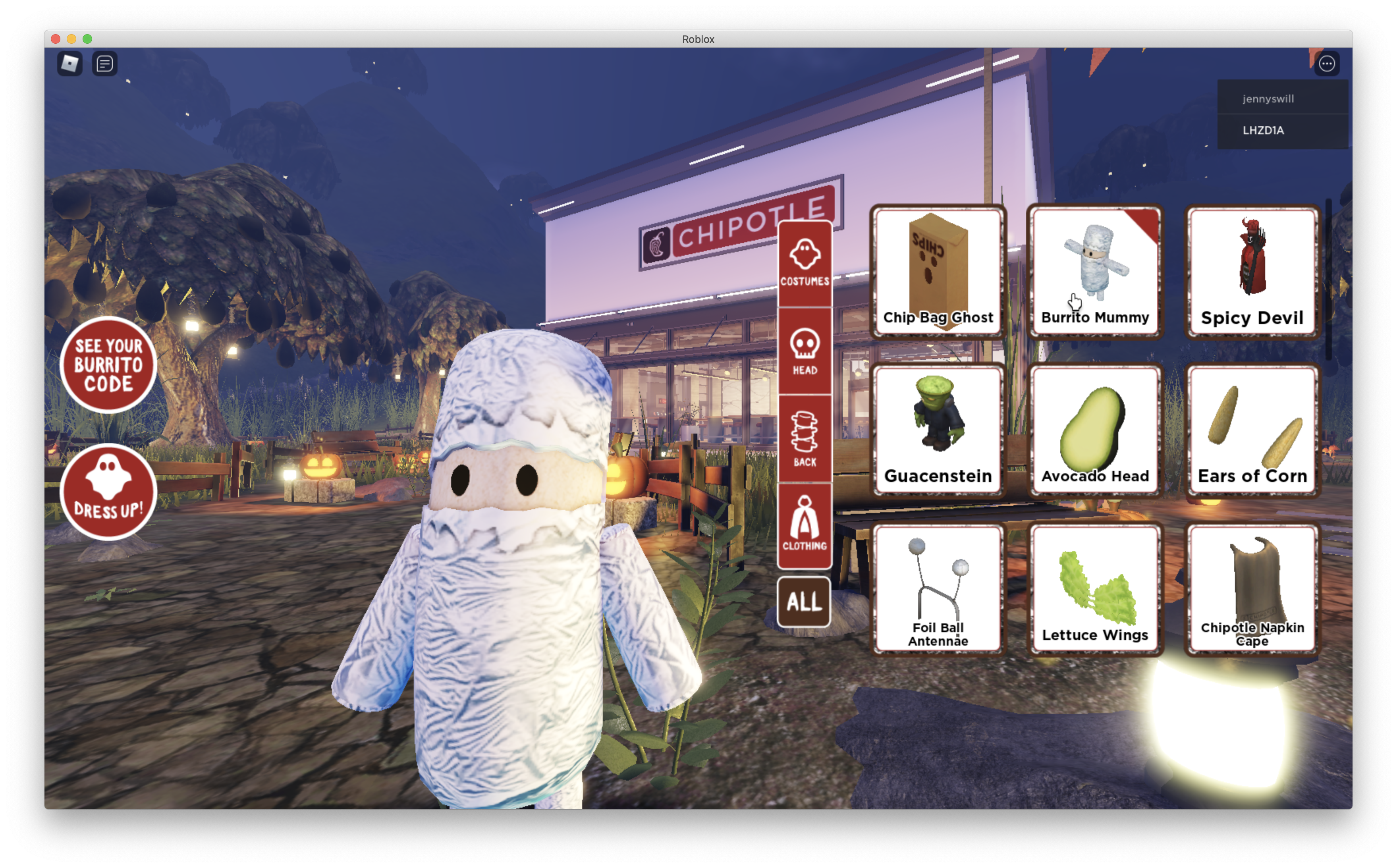 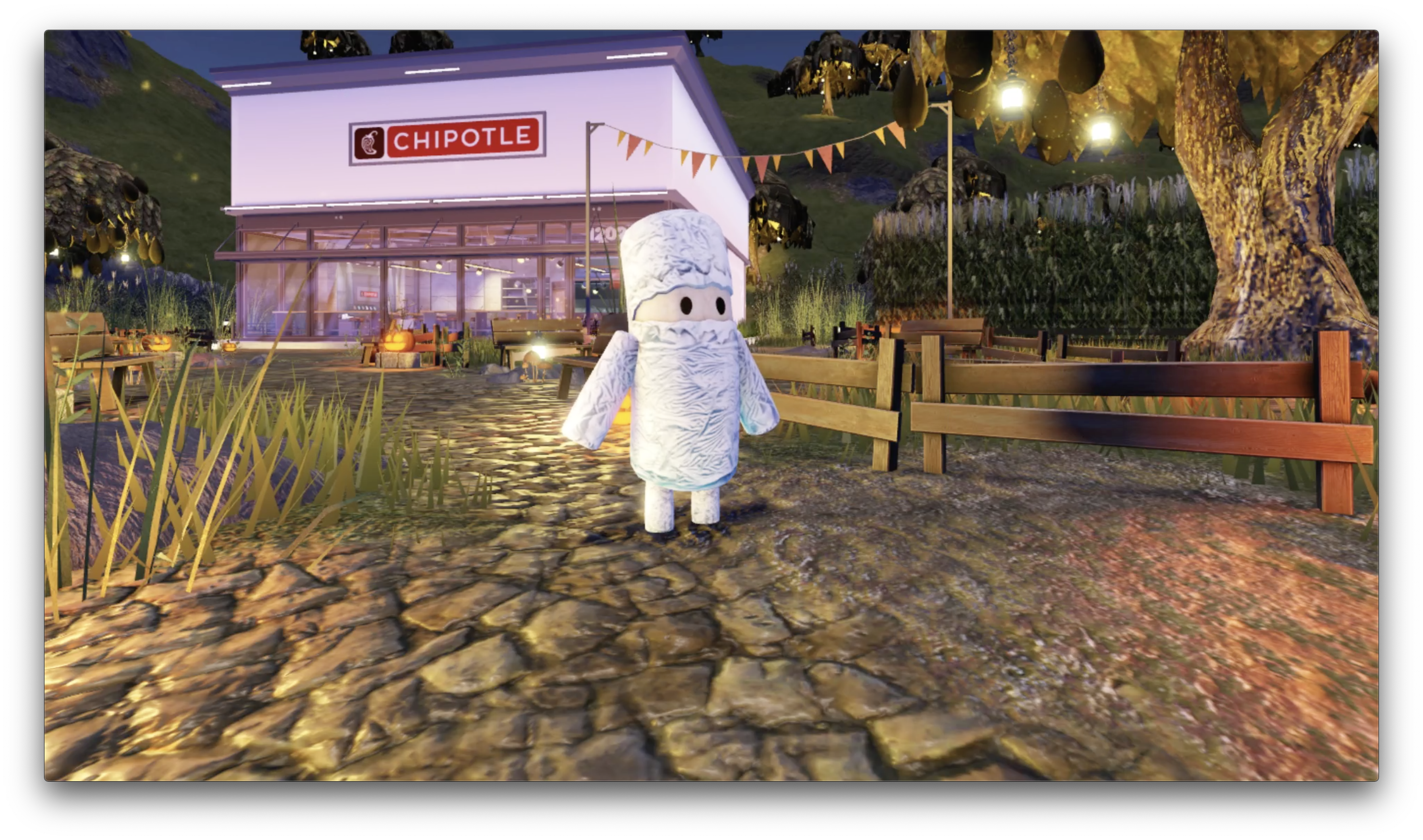 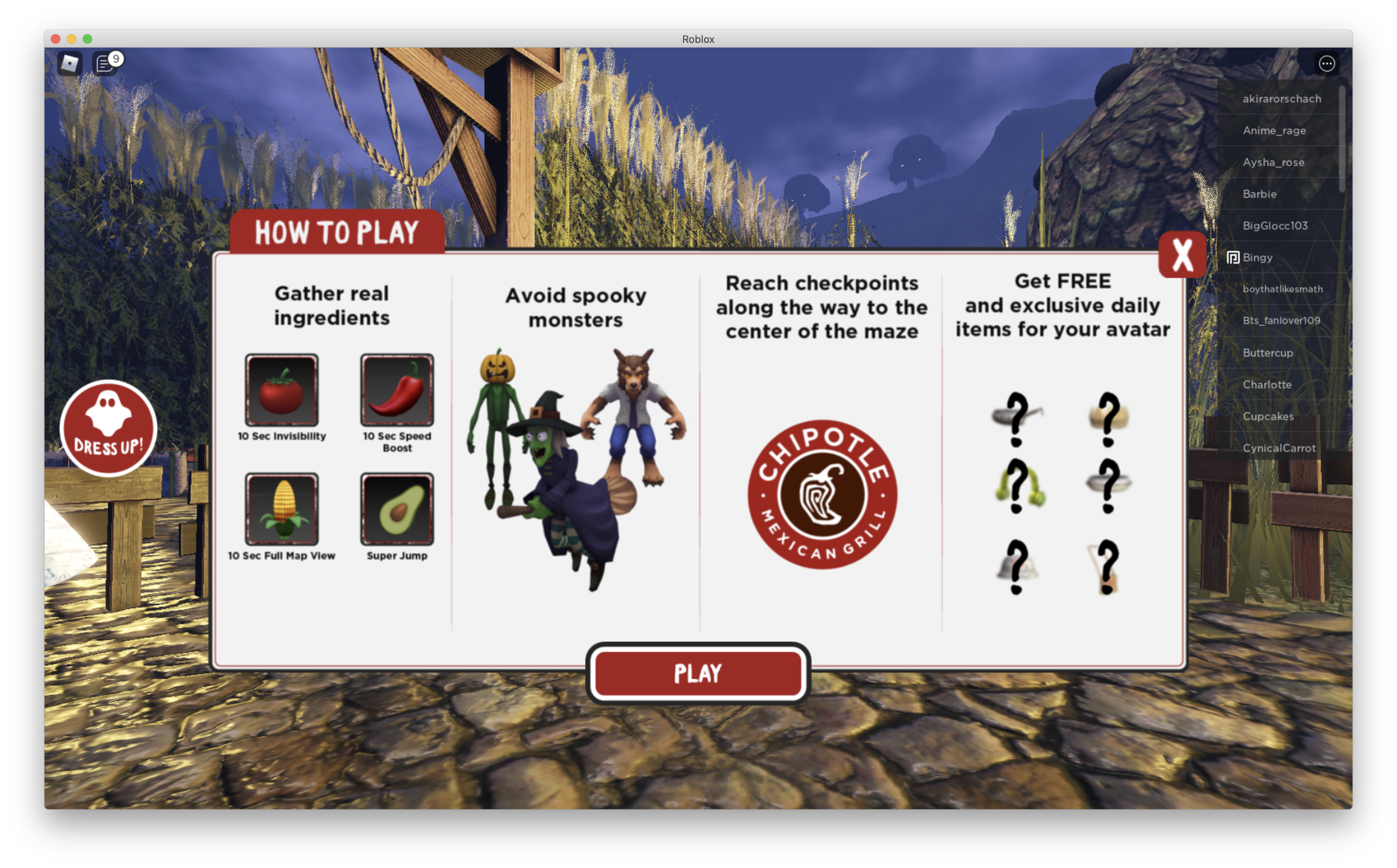 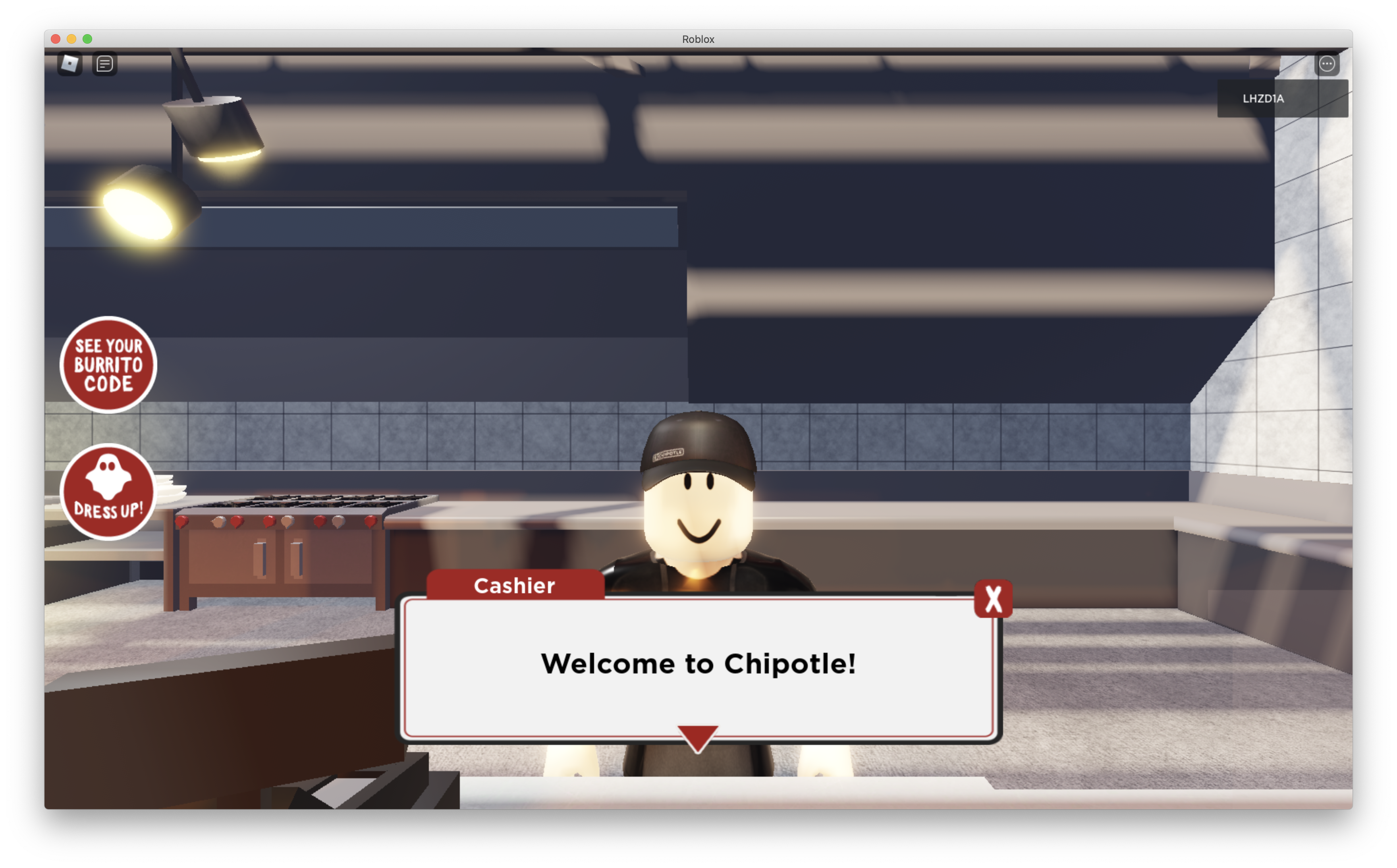 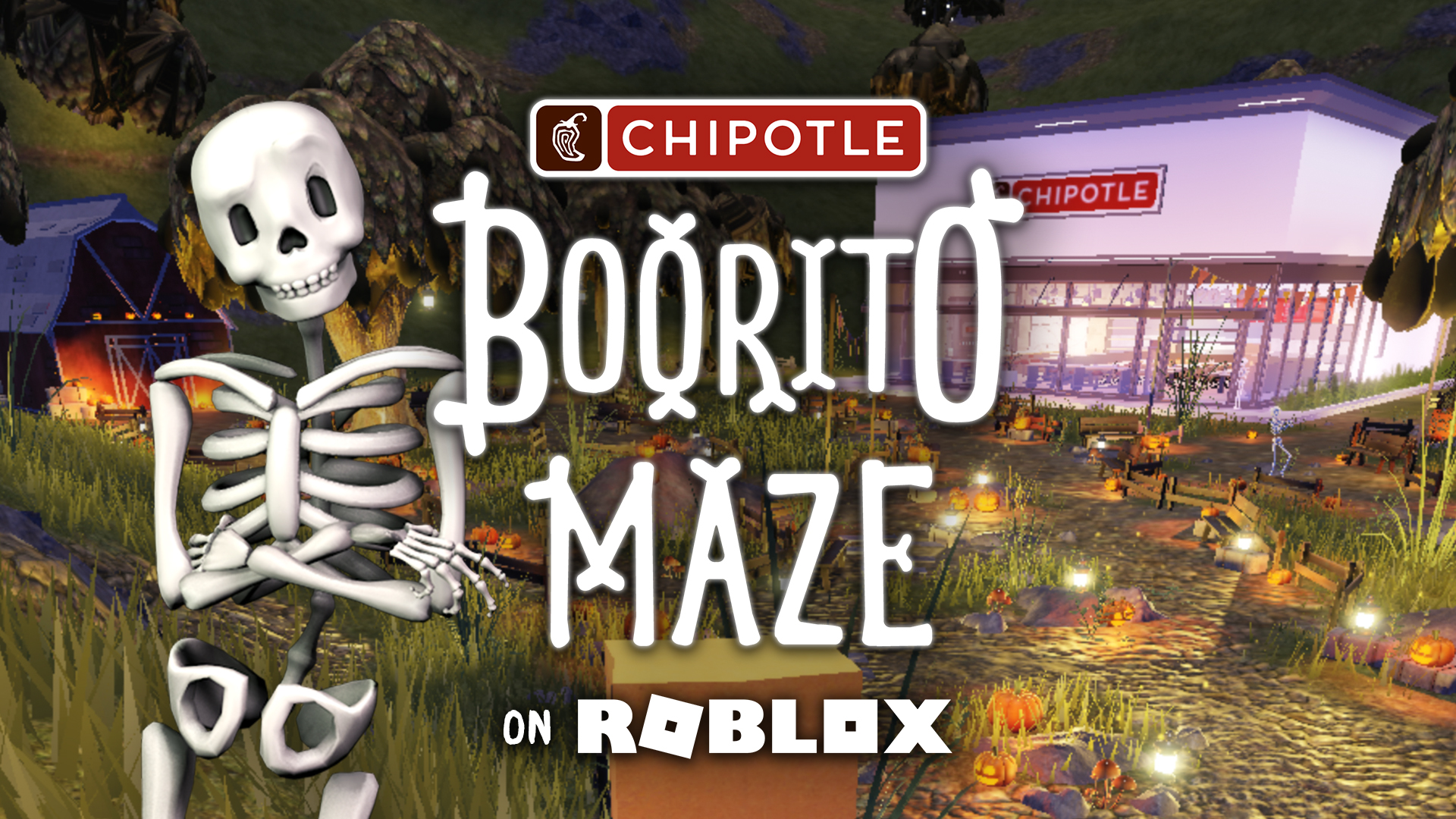 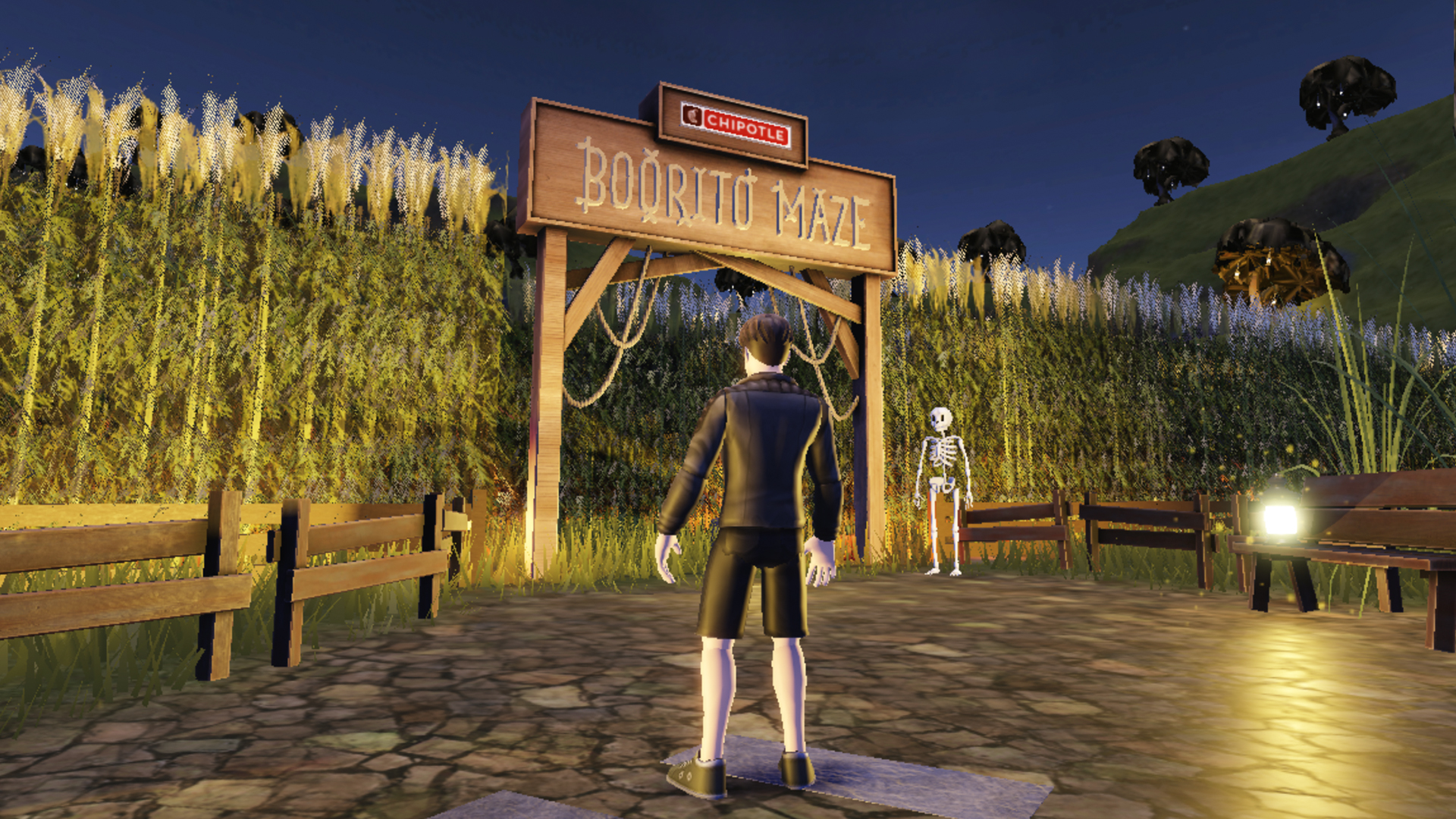