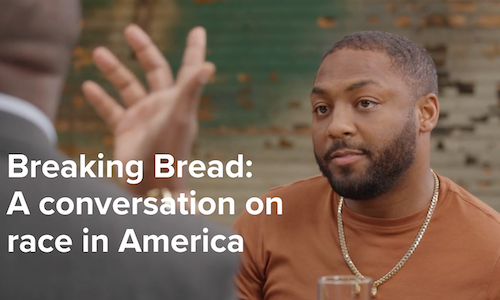 Breaking Bread: A conversation on race in America

The mission of Heal America is to provide a path forward around issues of race through healing, redemption, and action. This starts with bringing people of different backgrounds and beliefs together to give voice to the opinions that seem to be tearing us apart or not represented in the mainstream at all. Heal America wanted to produce a long form video that could be a spark for bridging divides through honest and empathetic dinner conversation related to race in America.

Their 35-minute video “Breaking Bread: A conversation on race in America” captures six strangers from different backgrounds and viewpoints sharing a meal and having the crucial conversations Americans must have to heal America .

The goal of the video was to inspire thousands to have similar conversations with people who differ from them. It is these types of difficult conversations that create radical empathy and understanding.

Heal America wanted to inspire people to approach their holiday dinners with an open-mindedness towards having difficult conversations. We set an initial goal of 100K YouTube views and hoped to spark an online conversation about the power of coming together to get outside of one’s bubble and spend time with people that differ in race, gender, ideology, and their lived experience.

In order to effectively communicate the power of conversation and bring this project to life, we needed to showcase lively and tough conversations among a wide ranging group of individuals. Through leveraging relationships and reaching out to potential partners, Heal America was able to bring together six strangers who each had a compelling story, unique background, and a willingness to have difficult conversations. The video was executed well, and the key success is that the conversation between these six strangers is quite captivating.

In the video, John Wood, Jr. a Black podcast host and community leader brings together Leon Ford, a Black man who was left permanently paralyzed by a police shooting, to break bread and bond with a police widow, Kassy Alia Ray, whose late husband was killed in the line of duty. A pair of professional political activists, Antoinette Carroll on the left, and Ja’Ron Smith on the right, open up to each other about how their unique backgrounds have informed their values. Andrew Zimmern, a Minneapolis-based TV host and celebrity chef, airs his complicated feelings about the unrest that greeted his city following the murder of George Floyd.

The setting of the conversation was also important. Heal America invited these six strangers to come to Minneapolis, the site of the George Floyd murder and ensuing social unrest. They all shared a meal made by Ruhel Islam, a chef whose own Minneapolis-based restaurant burned amid last year’s unrest.

After filming, editing, and producing the video, we wanted to ensure that it reached and inspired a large audience so that the conversation would create a chain reaction among the viewers. To generate excitement and anticipation for the video, we created a trailer in addition to developing several teaser clips.

After release of the full video on YouTube and subsequent posting of it on social media channels, we made sure to stay engaged with the audience on Facebook, Twitter, Instagram, and YouTube by responding to commenters and encouraging viewers to continue difficult conversations into the holiday season and beyond.

Leading up to the online distribution of the video, we built excitement for the long form video produce by releasing teaser clips. The short videos received thousands of engagements and helped us build an enthusiastic audience for the full video. Additionally, our responsiveness to the audience in the comment section made viewers feel engaged and eager to continue their participation in the conversations.

The 35-minute Breaking Bread video received over 548,000 video views (over 350,000 views on YouTube and over 196,000 views on Facebook). With an initial goal of 100,000 YouTube views, we achieved and surpassed this KPI on both YouTube and Facebook platforms. The strength of the content, audience targeting, and the 80+ variations of ads led to this tremendous success.

We consider our efforts to be a success because we reached a large audience with content that demonstrates the importance of having difficult conversations regarding race. We left the audience intrigued, engaged, and inspired through not only the production of the video but in our digital strategy and approach to community management.

Video for Breaking Bread: A conversation on race in America 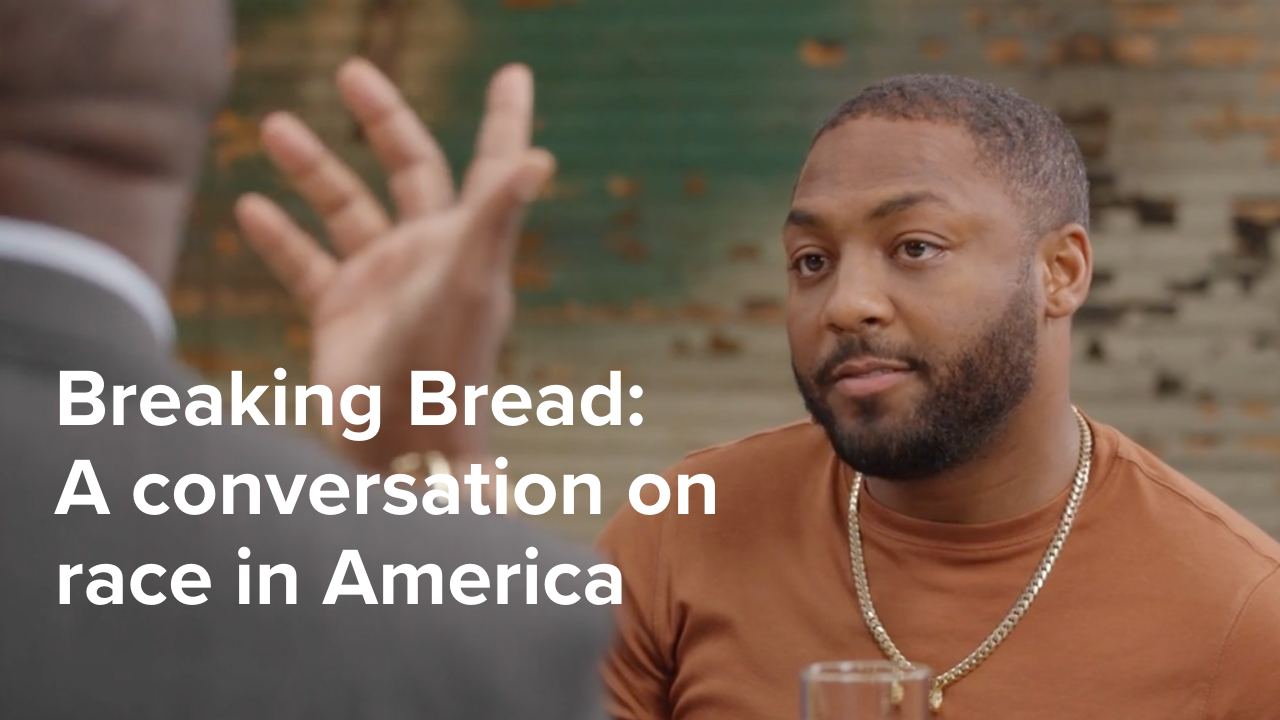